When the 10th Doctor, David Tenant, announced that he was leaving Doctor Who, I was so upset. I had grown to love his character over the four seasons he starred in.

Back when the re-launch of Doctor Who first happened, I was very much sure that Christopher Eccleston was the man for the job, but after one season, he was gone, and I was not so sure of his replacement. He seemed sort of wacky and aloof. I had just gotten to know the 9th incarnation of the doctor when all of a sudden we were on the 10th.

Sure enough, however, David Tennant’s Doctor became a classic, loved by millions across Britain (and America too!). For four seasons we adventured together, cried together, laughed together – he just seemed so right. Then, he was gone. Those gut wrenching last words…

Newcomer Matt Smith looked all wrong. He looked like he should be in Twilight, not Doctor Who. He was too young looking, too nerdy. I instantly had my guard up. Could he really fill the shoes of David Tennant?

Well, he really only had to wear his shoes for half an episode. Matt Smith has proven himself a worthy successor and is now the Doctor we all know and love.

This two-pack is the first set of figures released featuring Matt Smith as the 11th Doctor. It depicts him as he first lands in Amelia Ponds’ backyard, still wearing the 10th’s tattered clothes. It is not until later in the episode when the Doctor liberates clothes from the hospital wardrobe and defines his new look. 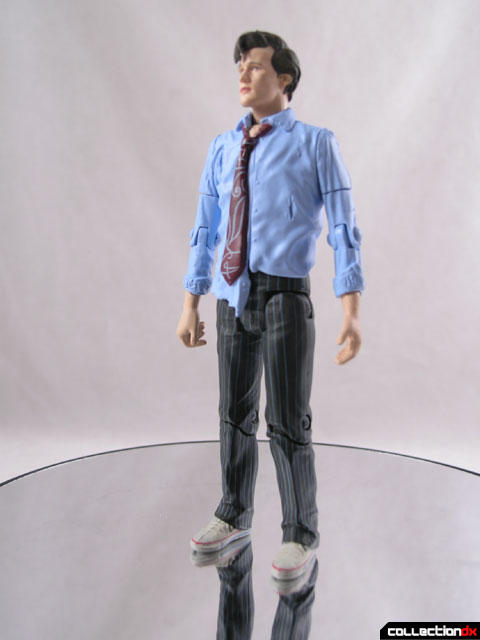 The version with the 10th Doctor’s clothes actually uses the lower part of a Tenth Doctor figure, while the upper body and head are new to this release. While the shirt is suitably torn, the pants and remainder of the outfit seem undamaged. The face and arms are pristine as well, not at all like someone who has just gone through a regeneration and crash-landed his TARDIS. 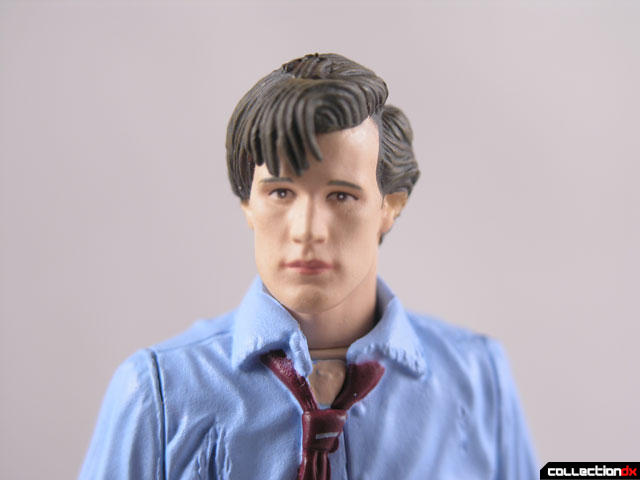 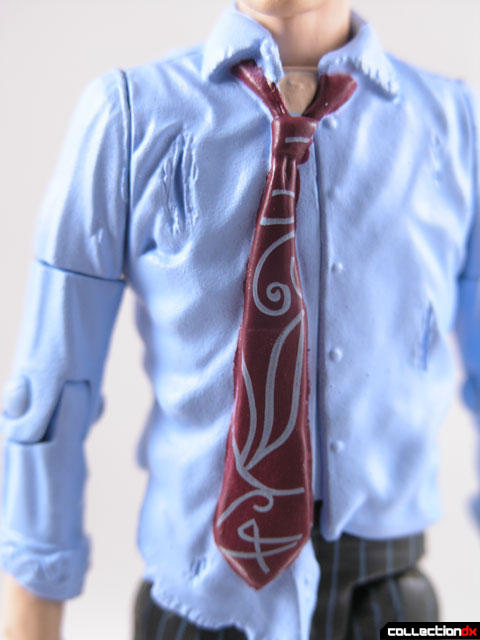 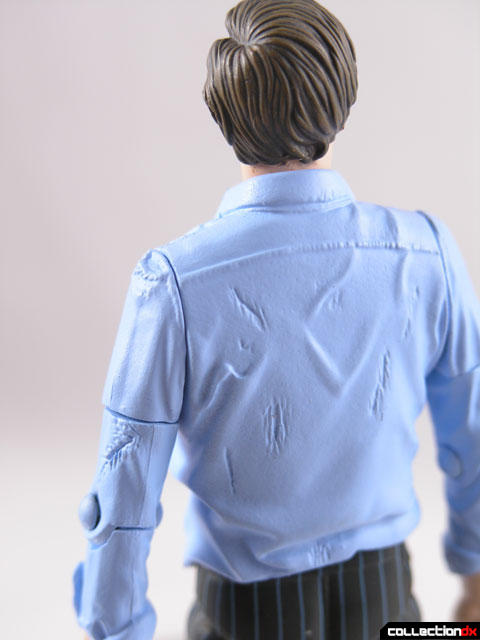 Articulation is standard for a Doctor Who figure – head, shoulders, elbows, wrists, waist, hips and knees. There’s still no ankle joint, and the figure still can’t spread his arms out at the shoulders. 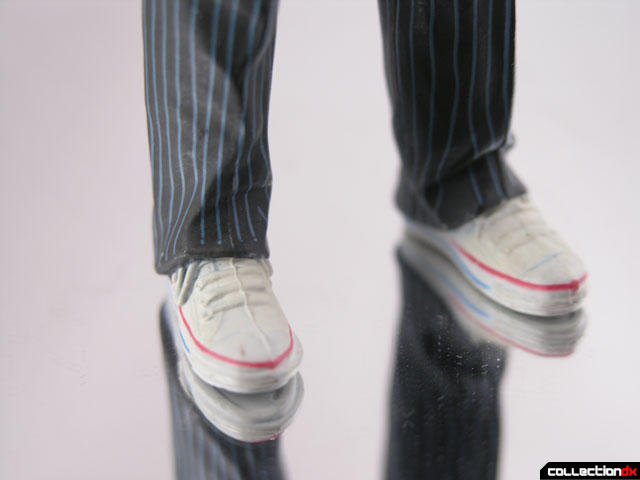 The second figure is much better. This shows the 11th Doctor in all his glory, and the sculpting is excellent, much tighter and better detailed than the other. 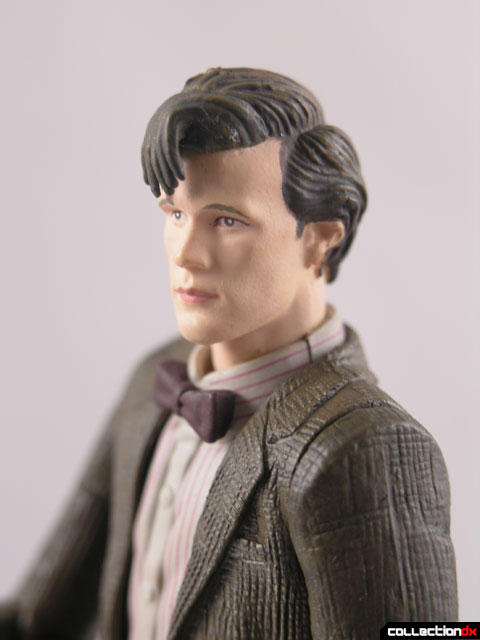 The figure looks just like Matt Smith. The resemblance is uncanny. They used the same heads on both figures, so they both look great, but I would have liked to see the first one a little bit dirtied up. The signature bow-tie and tweed jacket are there. When you think of those words – bow tie and tweed jacket, and add in "suspenders", cool is hardly what comes to mind, but Matt Smith makes it work somehow. 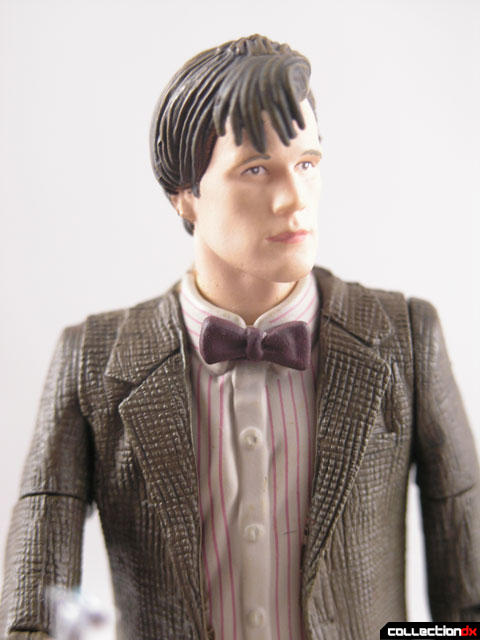 Articulation is the same as the others, and has the same shortcomings. They can make hips that spread out, why not shoulders? Maybe it’s a British thing? 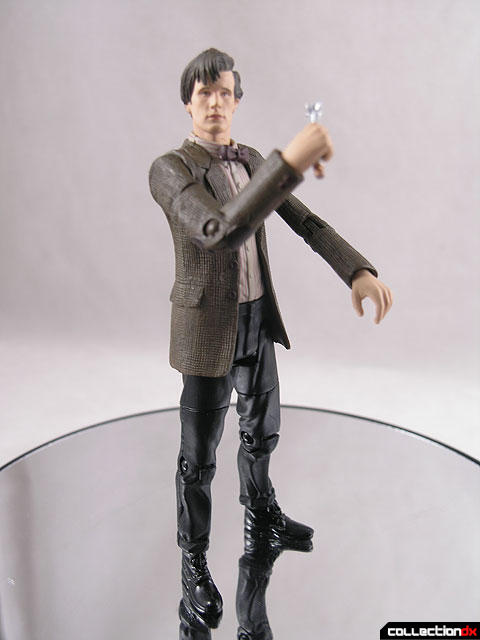 Another nice touch: holes in the feet for display stands. 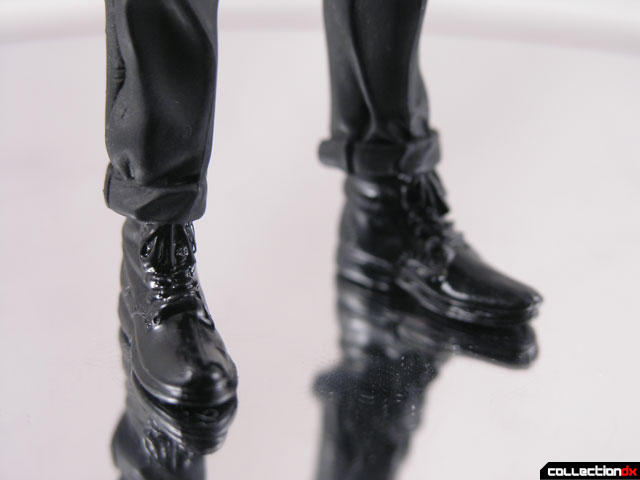 The only accessory included in this set is the Doctor’s Sonic Screwdriver. 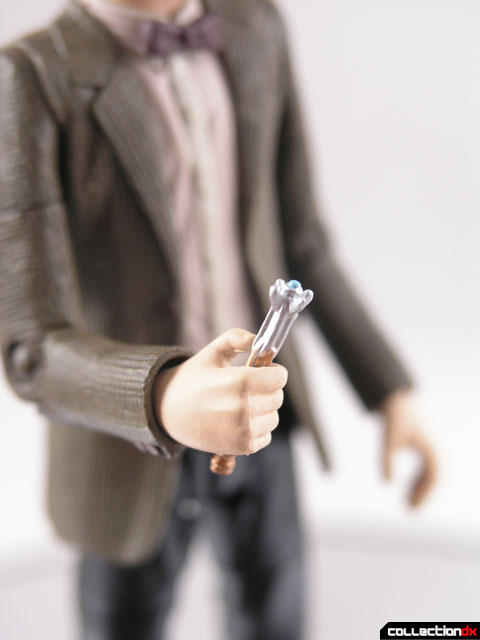 Packaging is the same horrid clamshell packaging that all the Doctor Who toys have. They look great on the shelf but are a bitch to open, and in no way re-sealable. In the US, only collectors are buying these – get us collector friendly packaging. 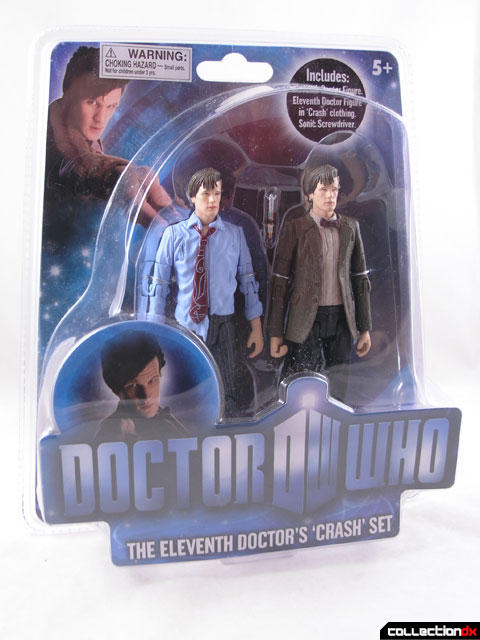 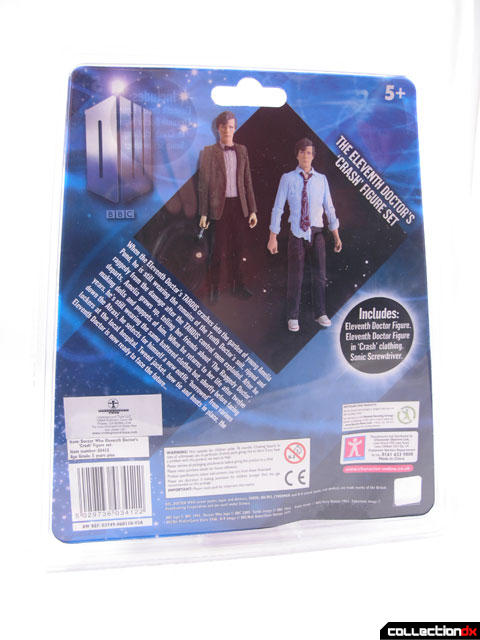 A great set for a great show. I can’t wait for more!

...after years of holding tea cups in the proper position, none of us can hold our arms out at the shoulder. :-)