I’ve reviewed many King Joe toys here on CollectionDX, and what keeps bringing me back to the character are the many different interpretations of the infamous robot.

For those who don’t know, King Joe is a villain from the series 1967 Ultra Seven, one of the earliest Ultraman series. He’s a robot that appears as four separate flying spaceships that combine into a giant robot. 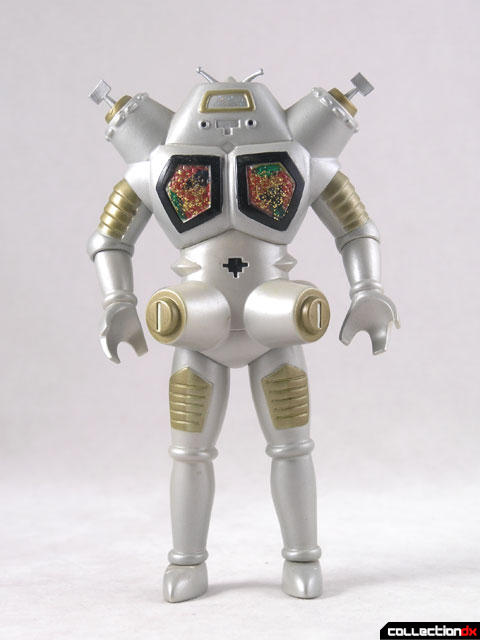 Could King Joe be the very first “combining” robot?

Anyway, he’s appeared in several different series, and in different mediums over the years, and no two takes on the character are exactly alike. 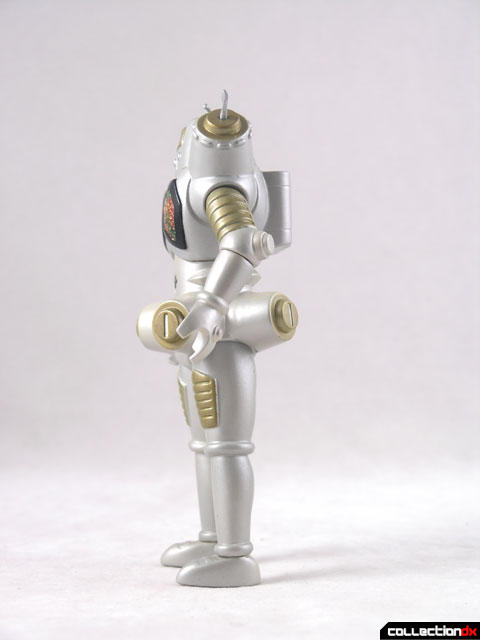 This particular representation of King Joe is called the Manga version. It comes from 70's illustrator Jiro Kuwata's UltraSeven Manga Adaption. It is here that the odd, top-heavy proportions come from. Supposedly this is how King Joe was originally designed prior to being changed for creation into a costume. 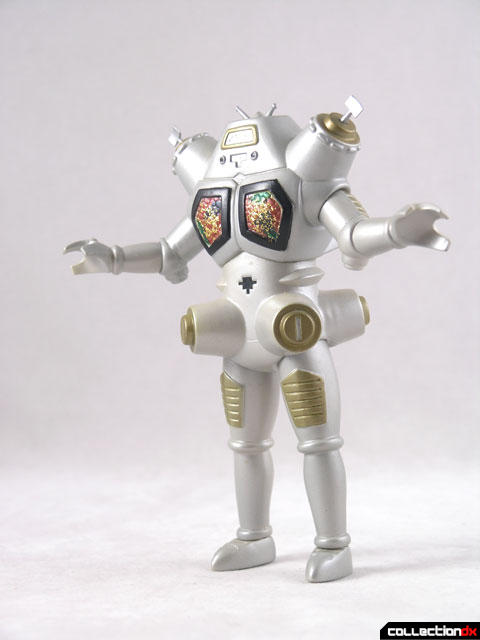 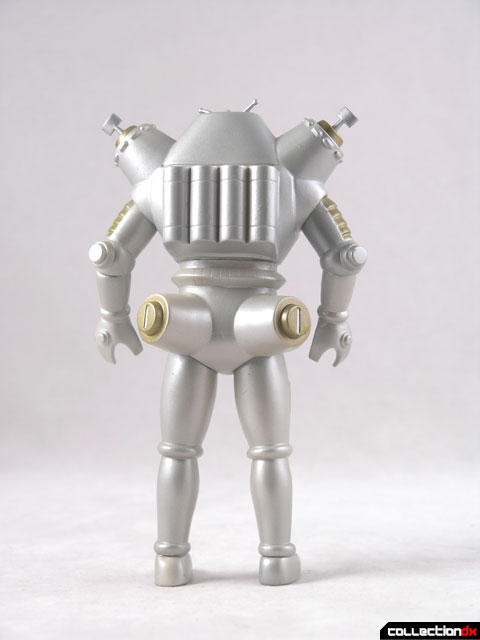 The vinyl is reasonably thick, with excellent paint applications including the nice computer graphics on the chest area. 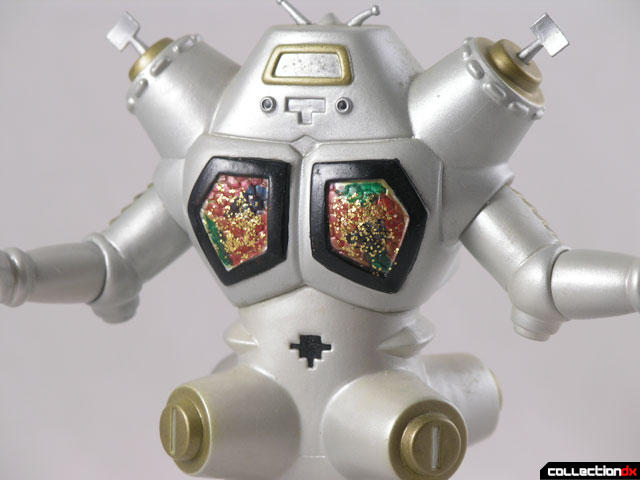 Articulation is limited, but that’s the norm for this sort of thing. 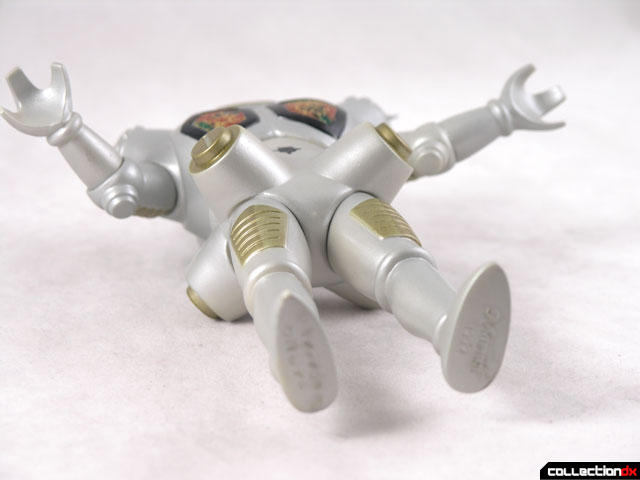 It’s a cool little vinyl, and a great addition to any Ultra collection.

these cheap vinyl figure is a gem... sadly some people underestimated them...