I’ve said this before, but I’ll say it again. Reviewing a toy that a friend made is a tough one. You want to be objective, you want to be honest, but you don’t want to hurt your friend’s feelings in the process.

Thankfully, I don’t have to worry about that here.

E. killer is a resin toy created by Ben Mininberg, CollectionDX’s own Prometheum5. Ben’s very much into the art toy thing, which is fine, but it’s normally not my cup of tea. The thing I’ve noticed about all these art and designer toys is that eventually, fans of them think that they too can make them. They get inspired by the DIY attitude of people like Onell and Real X Head. The wealth of information about casting resin on the net, plus the relatively low cost of entry (compared to vinyl) makes it an attractive way to get your feet wet in toy making.

Here’s the thing though – many make these little resin toys because they CAN, not because they SHOULD. Making toys requires three things – VISION, PASSION, and SKILL. Most have skill, but no vision or passion. Anyone can sculpt a blob out of Sculpey and make a mold out of it, but few can make something truly unique and interesting. This requires more than skill.

I think Ben has the combination of all three in his E. killer toy. 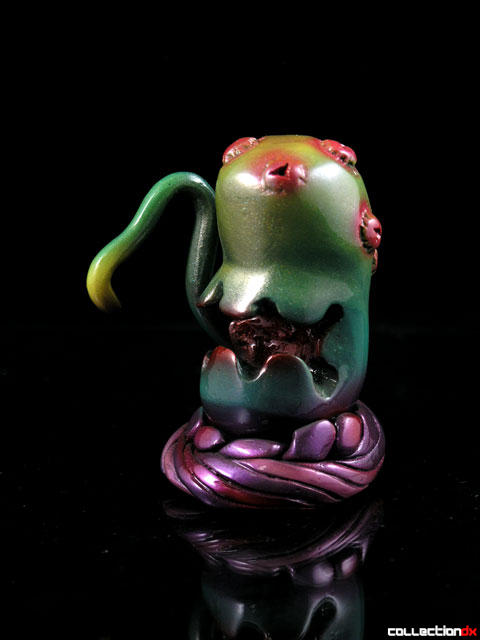 First, let’s talk about the design of the thing. E. killer is a mutant bacterium. The thing looks like a bean with herpes. It is sufficiently “yucky” and “awesome” at the same time. The head is lined with open sores, the mouth is a sharp, gaping hole with what I think are teeth. I don’t know anything about molding and such, but I imagine pulling this mouth out was hard. 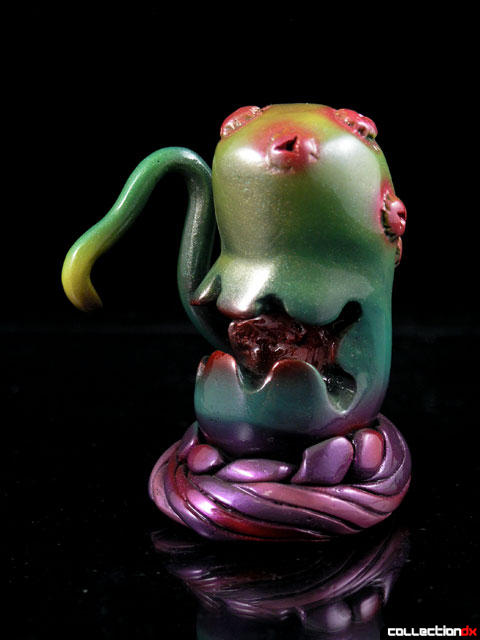 At the bottom of the figure are bulbous anatomical parts, with a swirling base which I assume is the bacterium’s means of motion. 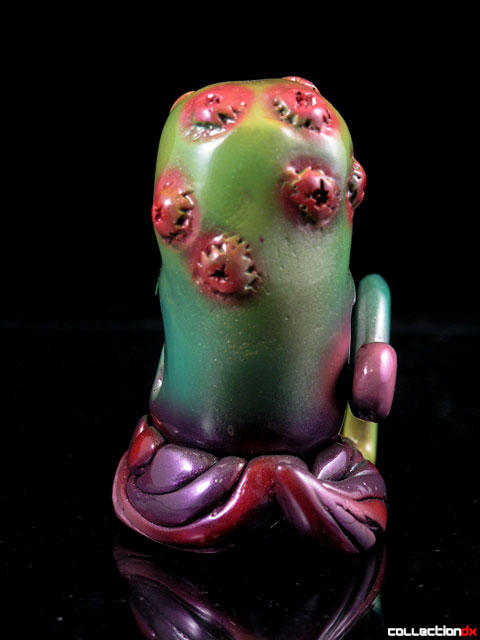 On the right is the figure’s one point of articulation – the tentacle. 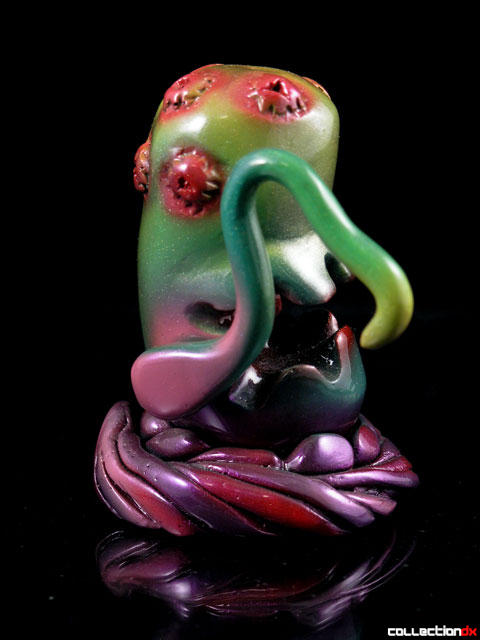 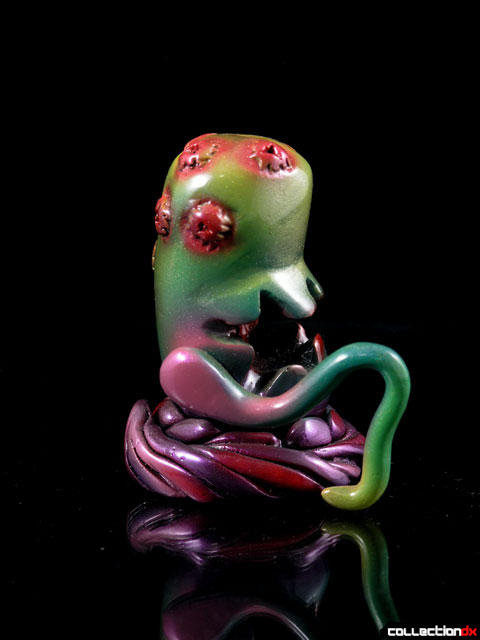 So the sculpt is good; it’s sharp, clean and professional. There are no seam lines.

But the paint. Oh god, the paint. E. killer is painted with Monstor Kolor, a new line of paint made by local dude Matt Walker of Dead Presidents Design. Once his own concoction, Matt Walker now sells paints designed specifically for toy painting.

Ben, already a skilled modeler, painted this thing like a hot rod. It has to be seen to be believed. The metallic paints, the clear gloss, the subtle color fades from one color to the next are simply breathtaking.

The figure does have a few flaws. For one, the bottom of the figure is unpainted, with several layers of scribbling to denote its run and creator. I know you don’t look at the bottom, but it feels unfinished compared to the rest of the figure. 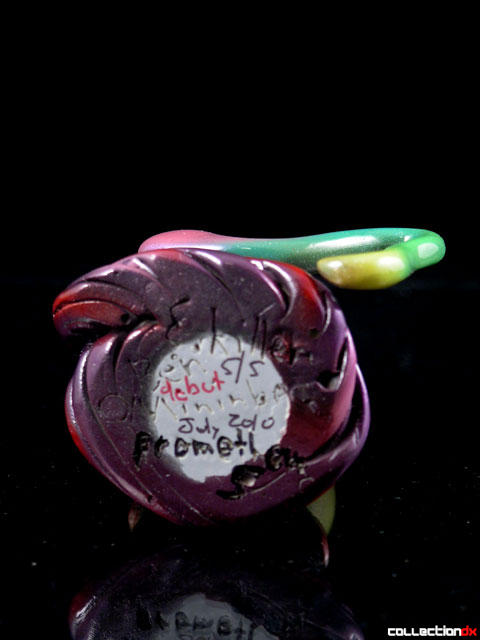 The packaging is another thing that is lacking. It comes simply packaged in a zip-loc with an unassuming header card. The toy is packaged in paper towels to prevent breakage. It just doesn’t look appealing in the package. Granted, this is not something one would buy off of a shelf, but a little more effort into the packaging (at least bubble wrap instead of paper towels) will go a long way.

This is Ben’s first toy, and it is a fantastic first effort. I can’t wait to see what comes next out of the mind of Promethum5!