In the classic Go Nagai anime “UFO Robo Grendizer”, Duke Fleed is a refugee from the planet Vega who flees to Earth to hide the super robot Grendizer. He takes the name Daisuke and works as a farm hand until he is forced to use Grendizer to fight off the invading Saucer Animals from Vega.

Hiding out dressed as a cowboy in 1970s Japan is the perfect way to remain inconspicuous, However, if that didn’t scream “HEY I DON’T BELONG HERE” loud enough, Duke Fleed had a tricked out trike called the “Duke Buggy” that he would use to get around in.

The Duke Buggy is one of the iconic vehicles from Grendizer that was immortalized in diecast by Popy back in the day, and now HL Pro has made a modern version of the toy.

Duke Fleed’s Buggy comes in a large window box, much larger than it needs to be. There’s a LOT of empty space inside. While you can see the toy through the clear window, it’s wrapped in plastic so you don’t get a good view. The box art is attractive, and there’s a nice background insert in the package. 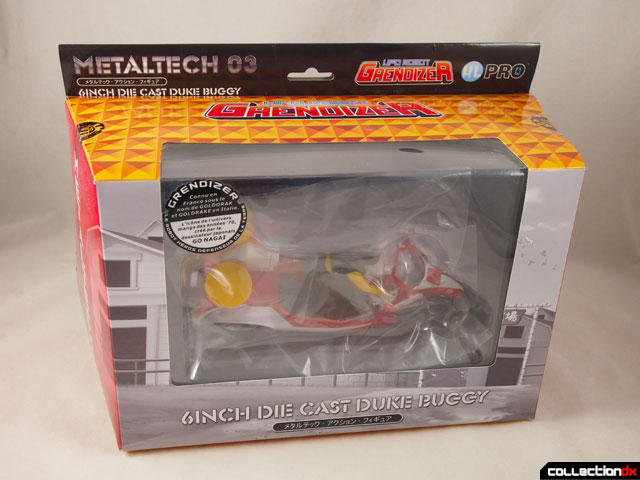 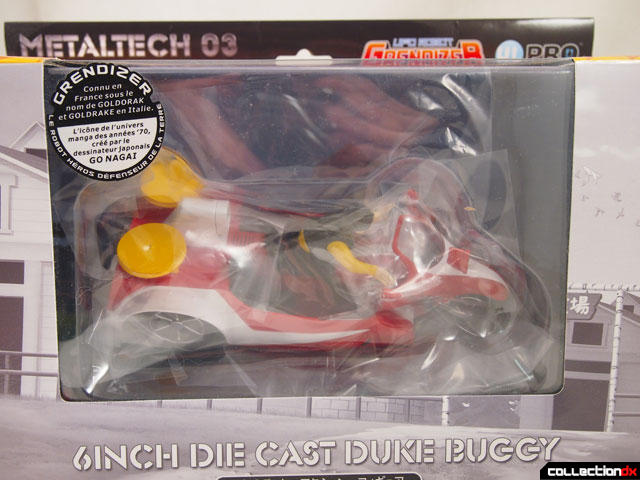 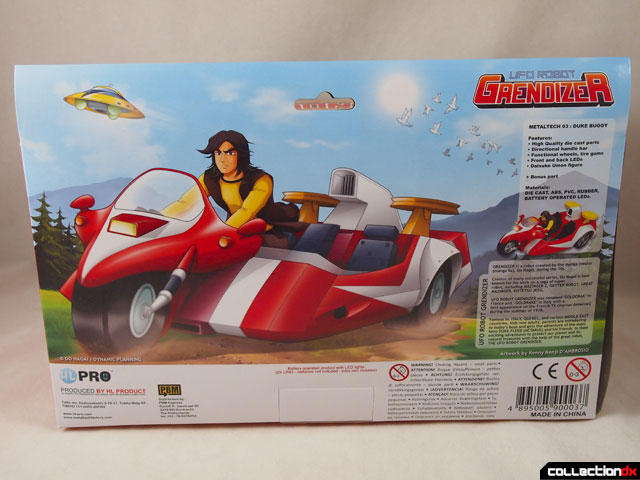 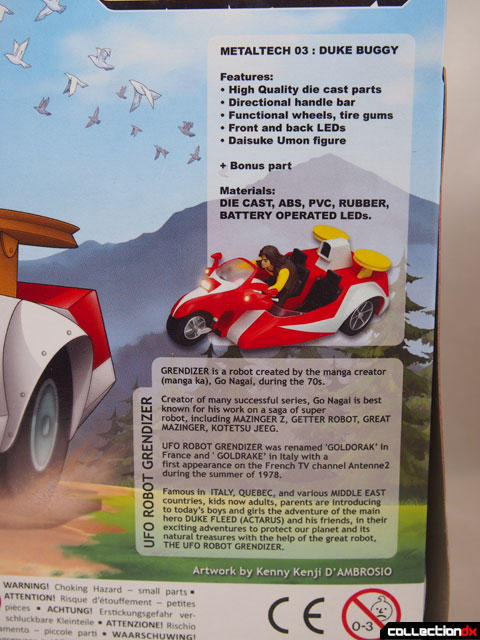 Outside of the box, the toy is beautiful. The striking red finish is flawless and this really looks like an idealized version of the vehicle on screen come to life. 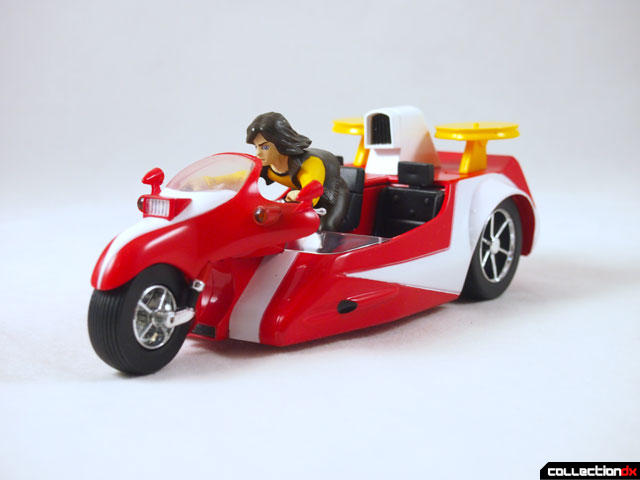 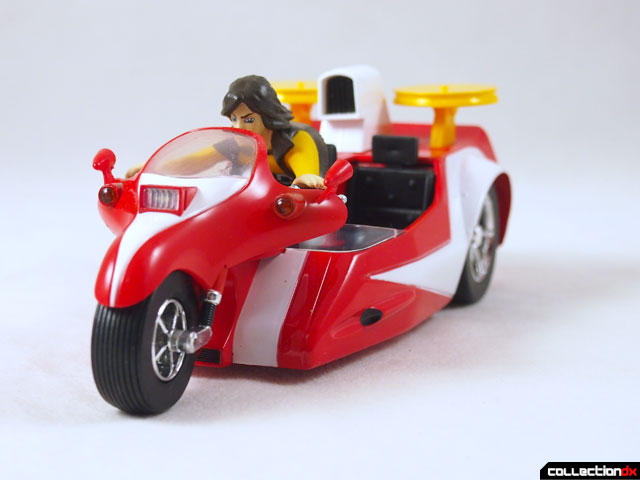 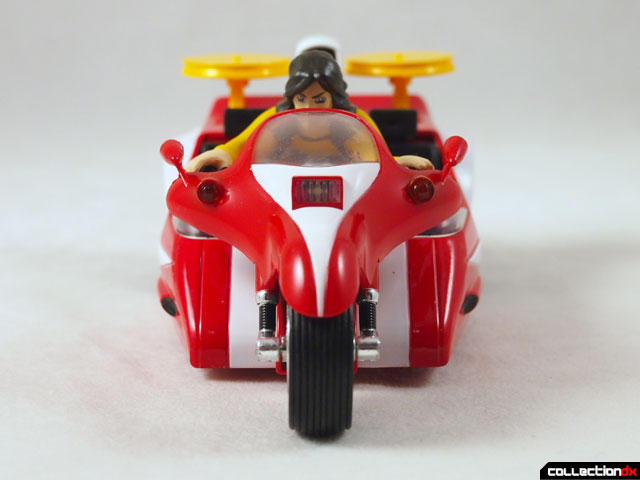 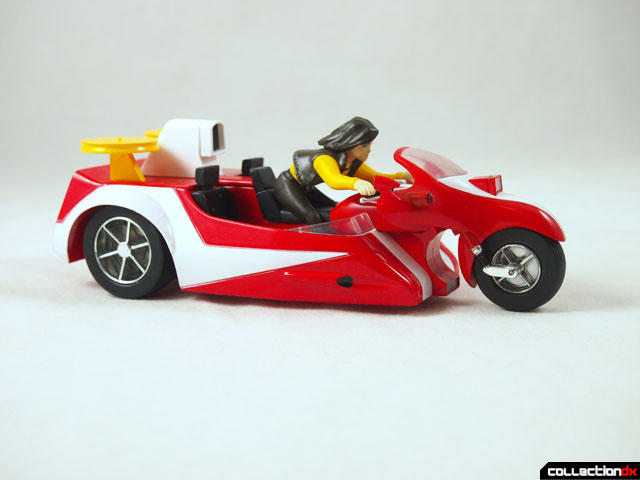 The attention to detail on the rear of the vehicle is great, with individually molded lights and various exhaust vents. 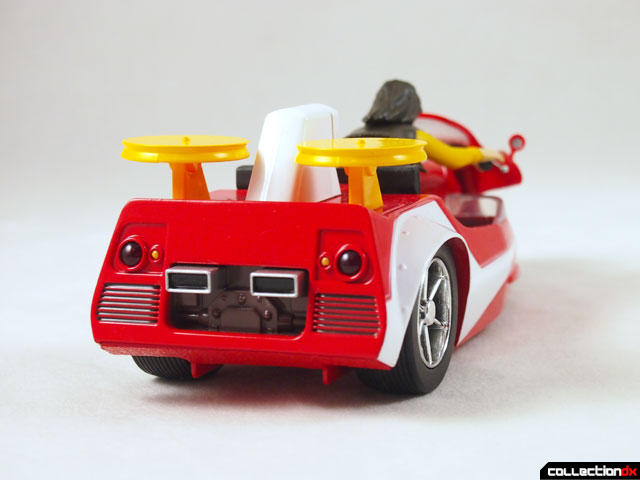 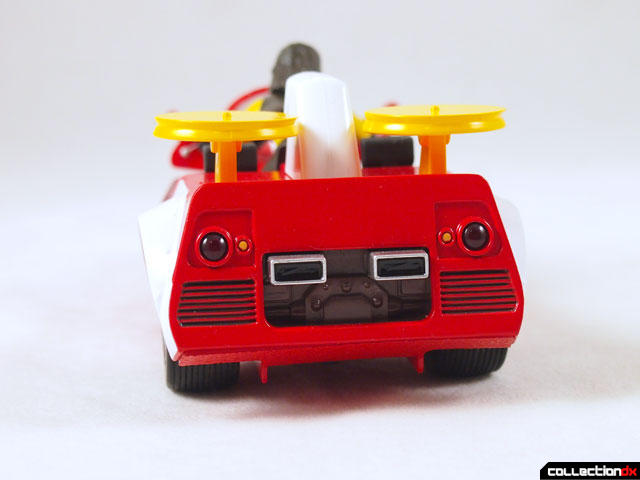 The underside of the vehicle is surprisingly un-detailed. I expected to see molded in panels or faux-machinery, but instead it’s just textured. I suppose it’s fine, as you won’t often look at the bottom aside from turning the light feature on. 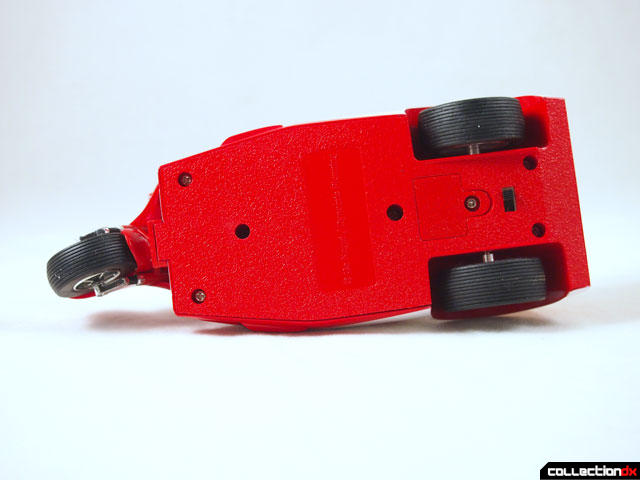 The PVC Daisuke figure is removable. There are no pegs anywhere so he just sits freely. I’d be cautious about leaving him there over time; it feels like the plastic could stick. 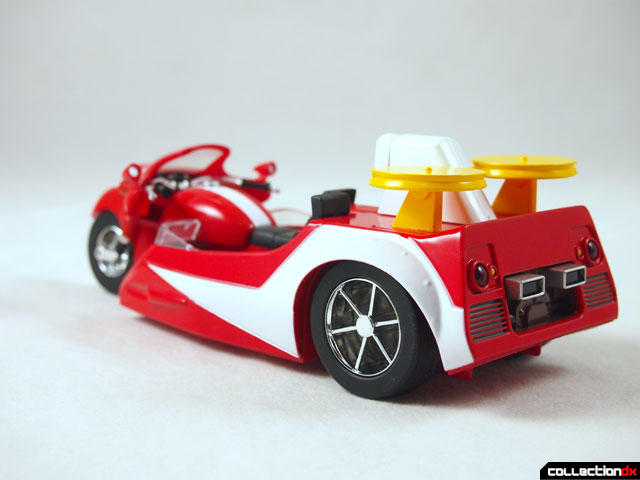 Interior detail is nice, with chrome handlebars, detailed seating and even a gas pedal. 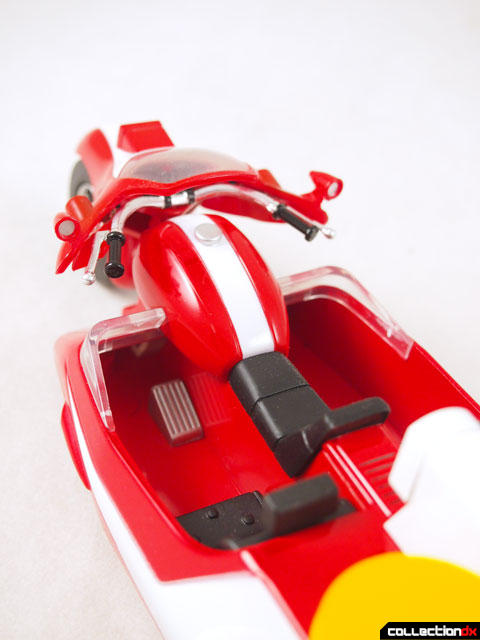 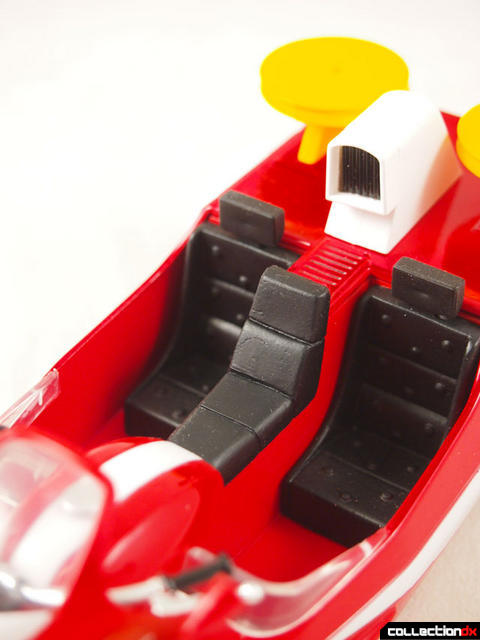 Each wheel has nice chrome rims with real rubber tires. The tires turn and the front fork turns side to side. 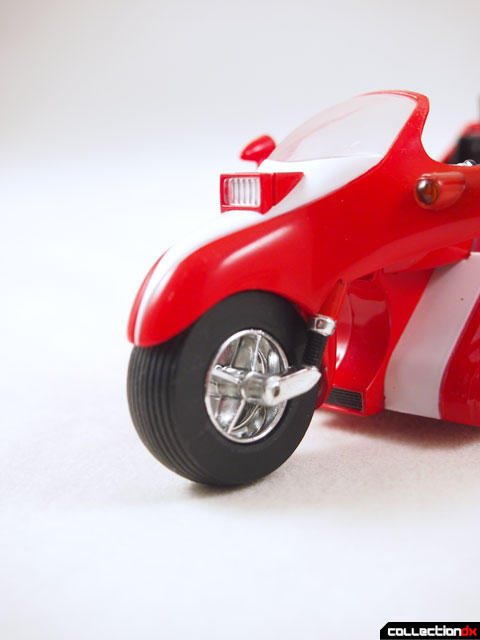 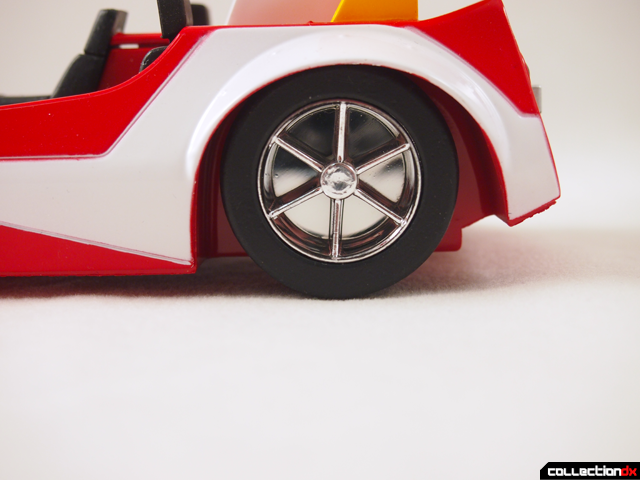 Included as a bonus is Duke Fleed in his Grendizer pilot outfit. 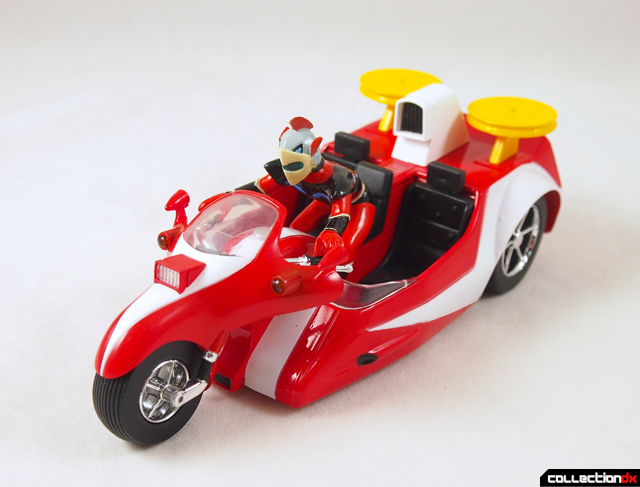 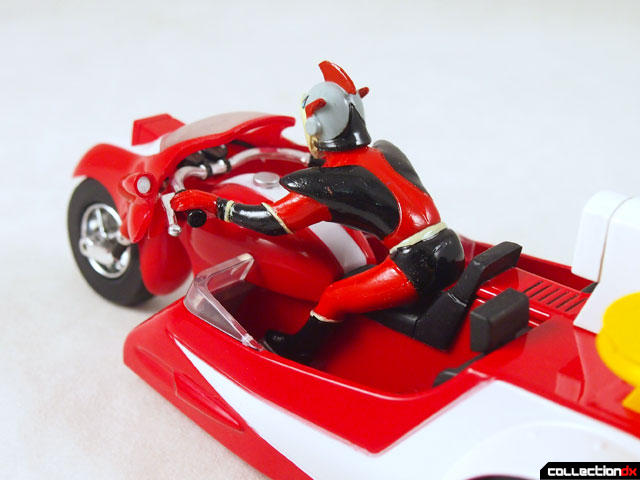 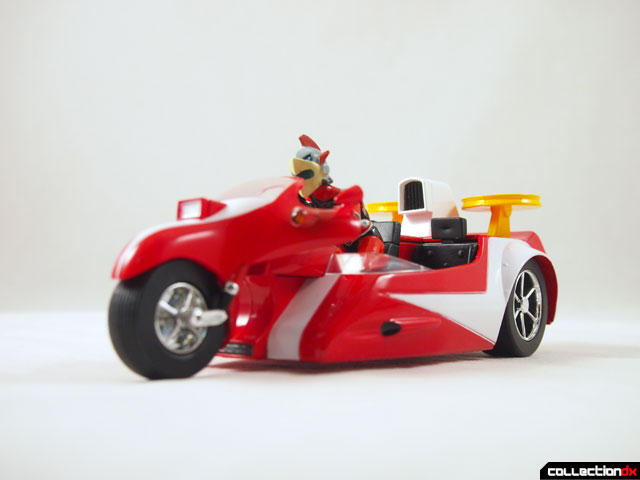 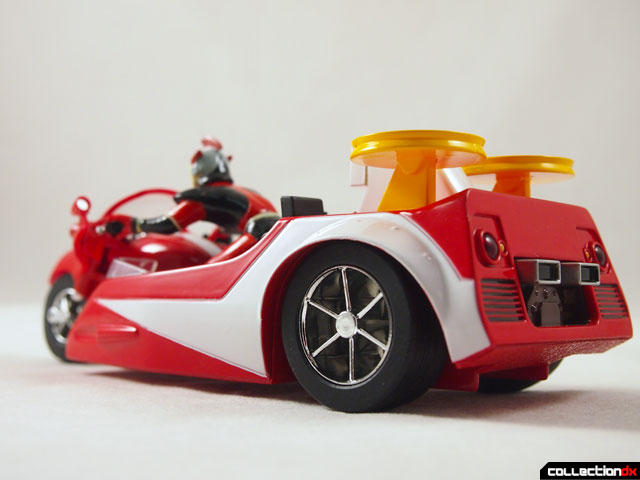 The bike has working lights when you insert two watch batteries and turn on the switch. The taillights and headlights all light up. 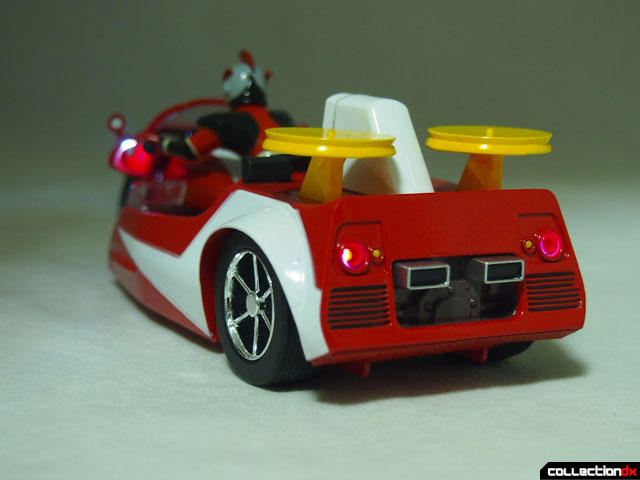 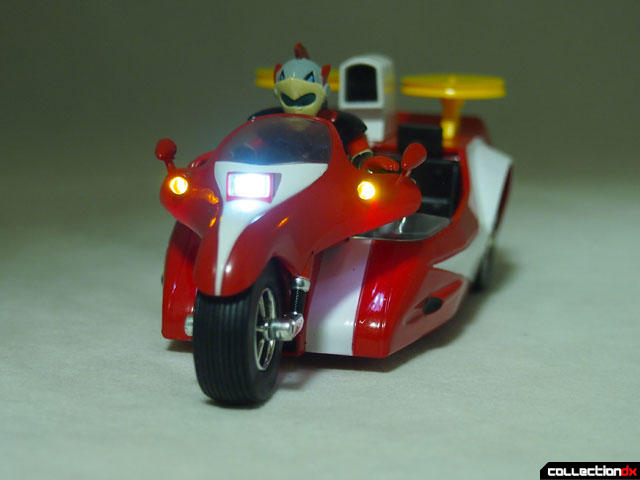 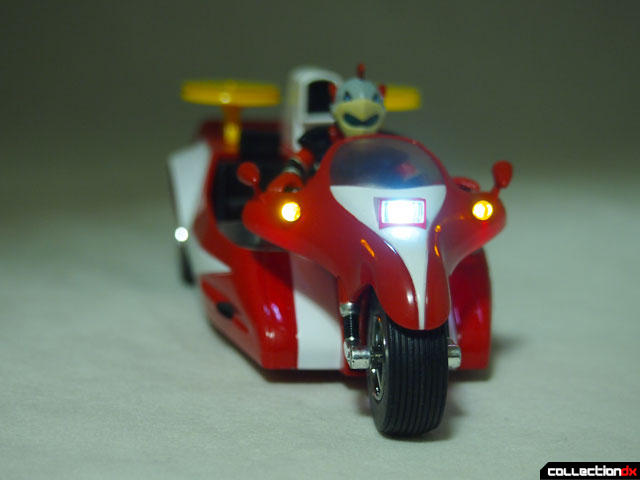 Compared to the vintage Popy version, this new version looks much better. However I miss the gimmicks of the vintage version. 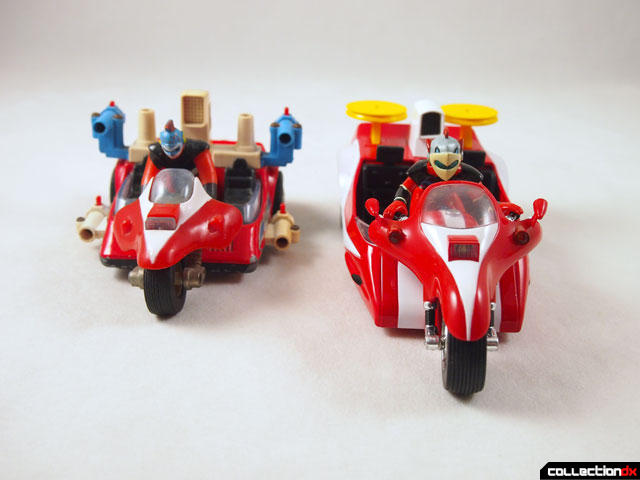 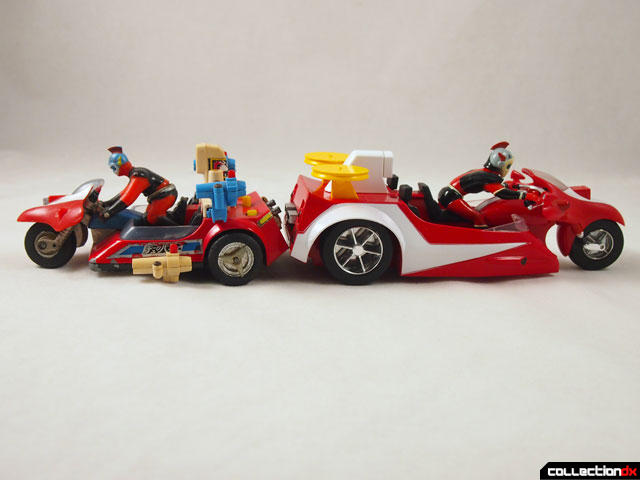 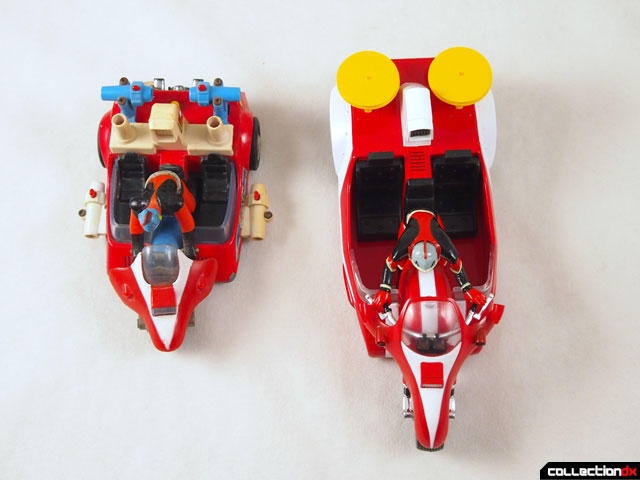 Overall it’s a nicely done piece; however it is very expensive considering the size (16cm long / 6.25 inches) . Thankfully the build is exquisite, and the entire top body of the cycle is diecast metal. This deserves to be on the shelf of any Grendizer fan. 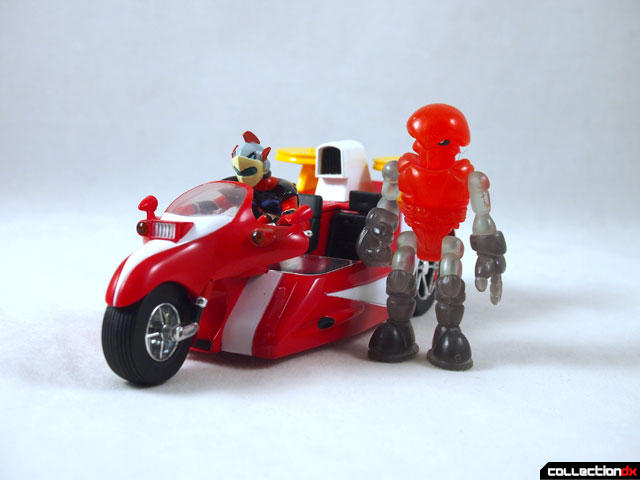 2 comments posted
Very nice! You know how much

Very nice! You know how much I love this era!

Great review, I'll have to track one of these down. Thanks also for the size comparison in that last shot - I appreciate it when we get a good size/scale reference.