The Droid Tri-Fighter was first deployed late in the Clone Wars by the Confederacy of Independent Systems. It quickly established itself as an effective anti-starfighter interceptor system, mounting several laser blasters and three racks of multi-purpose missiles on each encompassing arm. The droid’s intricate brain, located in the spherical gyroscope-stabilized core at the center of the fighter, could track and fire upon multiple targets while primarily engaging in one-on-one dogfights with Republic ARC-170 fighters. Manufactured by the Colicoid Creation Nest, who designed & built the ground-based Droideka-class destroyer droid, Droid Tri-Fighters retain the same triple-arm structure as their smaller bretheren, which was based on a predator from the Colicoid’s home planet. This droid interceptor was often equipped with discord “Blue Streak” missiles, which dispensed independent arsonist-like buzz droids rather than an explosive warhead. 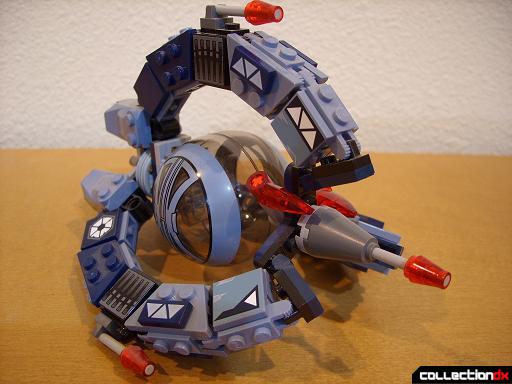 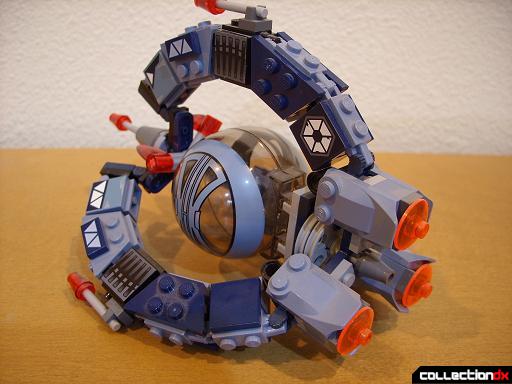 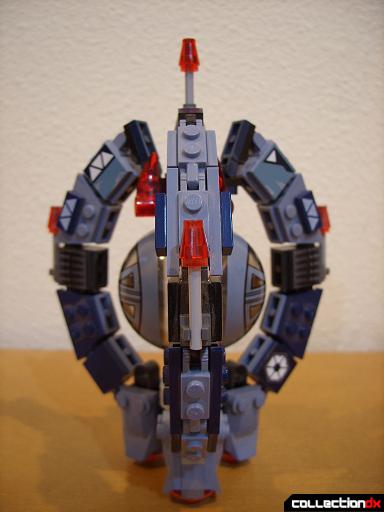 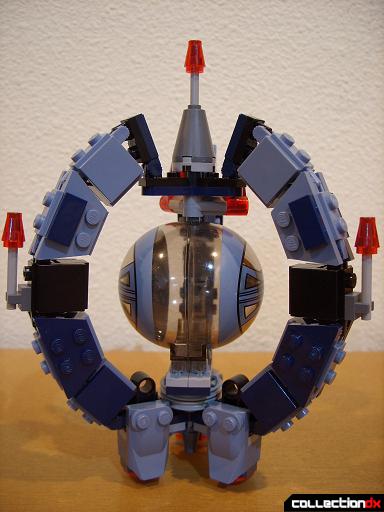 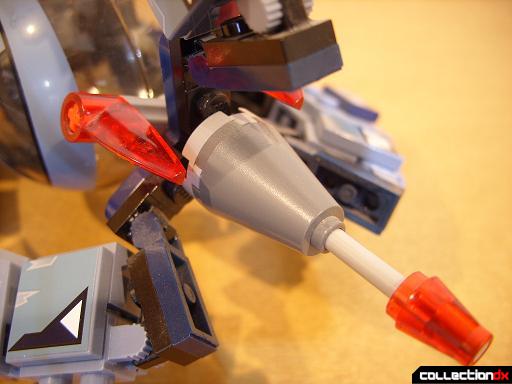 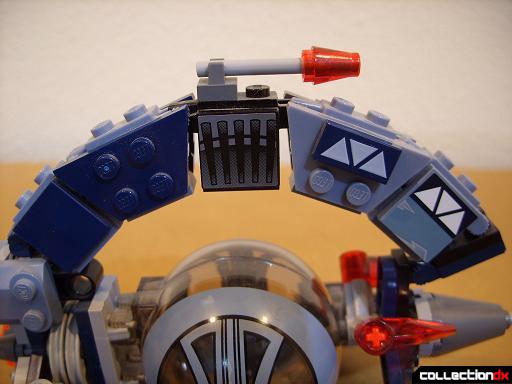 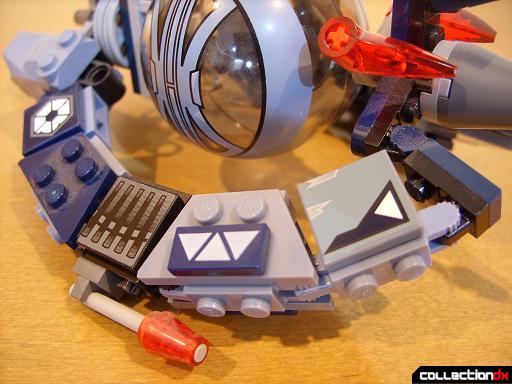 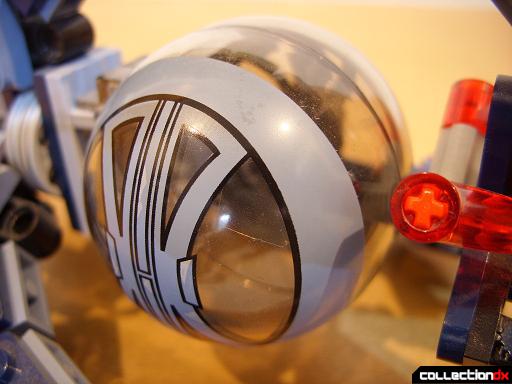 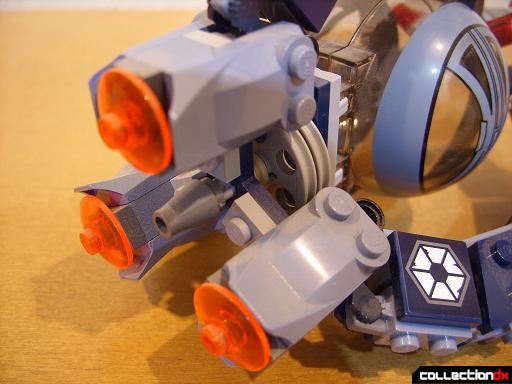 The Buzz Droid can be folded up a little and then stored inside the brain core for convenience. 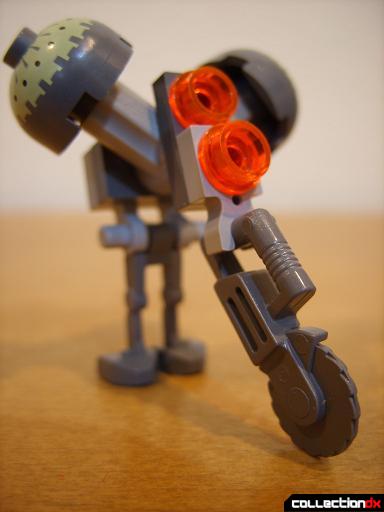 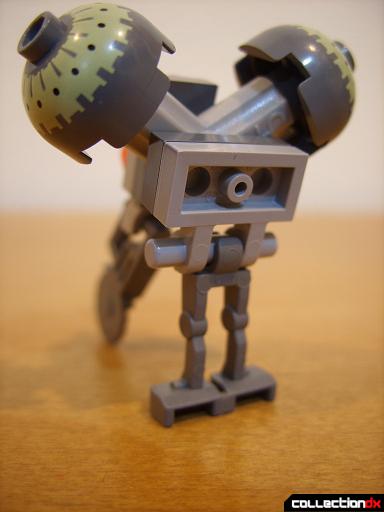 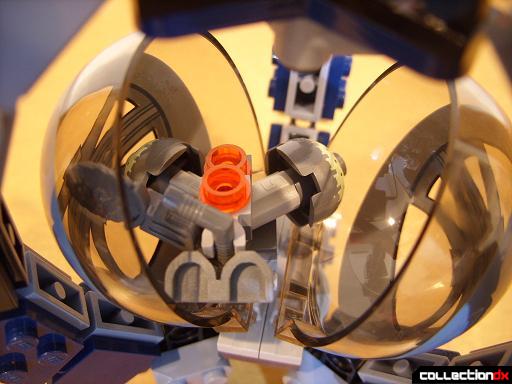 I keep wanting to say something about “…too short for a Stormtrooper”, but that joke’s been done to death for the last 30 years, so I won’t bother… I can’t recall my initial reactions anymore from five years ago when I first got this set, but one thing I noticed right away and that has remained true was that it seemed a bit too small compared to other minifig-scaled sets, including the ARC-170 Starfighter (7259) of which this is a primary threat. I think this lies mostly in the three ‘arms’ and engine block, which feel smaller than they should be compared to the head and brain core. I will say I really liked how LEGO came up with a way to design those arms. I also about choked when I saw those transparent-red Bionicle pieces used for the eyes, it’s a perfect fit and so close to the real ones seen in the movie! I also liked how some of the decals included subtle battle-scarring.

The buzz droid is okay, though I wish it had multiple arms like it did in the movie. And the domes on its, err… ‘shoulders’ are too small. It can’t balance very well either. But I suppose it’s the best they could do in order to keep it small. I’m kinda surprised it was provided with this set at all, considering it was seen being deployed from missiles fired by a Vulture Droid. [Regrettably, I missed my chance to get the Jedi Starfighter and Vulture Droid (7256) set, one of the few from that film that I actually wanted…] 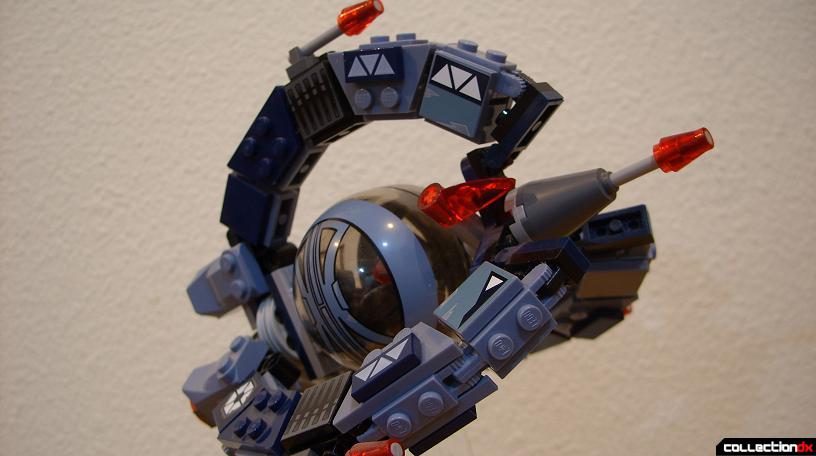 The Droid Tri-Fighter doesn’t have a lot going for it other than its appearance, so you have to base your opinions just on that and what you saw in “…Revenge of the Sith”. If you want something with a little more activity to it, this LEGO set may not be a good choice for you. But I still like it!

very small. And a simple one.

The originals usually are for LEGO.