Dragun is one of the cornerstone characters of the Shogun Warriors line and was released in all three of the major scales that were produced; jumbo, 5" die-cast and 3" mini figure. The figure reviewed here is the second version of the 5" figures. Much like the Great Mazinga that JoshB reviewed, I got this one from JoshF and as such, it is a pure deadstock, case fresh specimen. I felt guilty taking it out of the box to do this review! Ah, the sacrifices we make for the site...

Anyway, like all the 5" figures in the line, Dragun rests in a styrofoam tray, along with his two chrome axes. This version of the toy comes in a white tray, whereas the first version has a green tray. 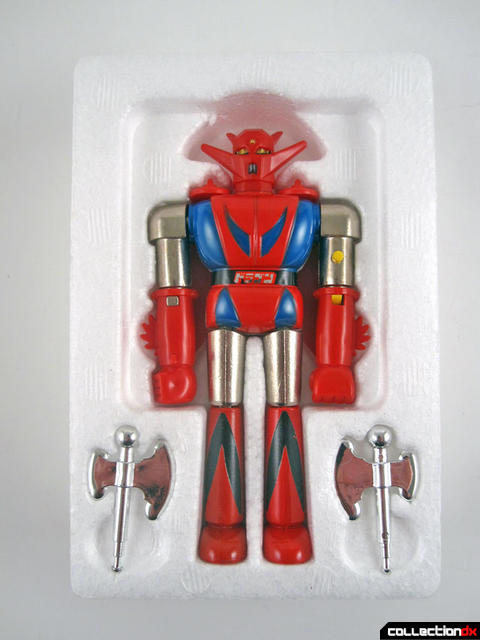 The second version can be further distinguished from the first by the lack of gold on the neck and blue bands on the arms. Also, it only shoots the left fist instead of both. 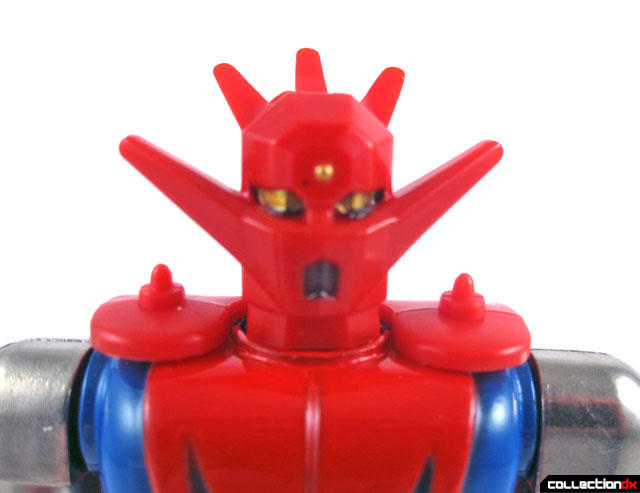 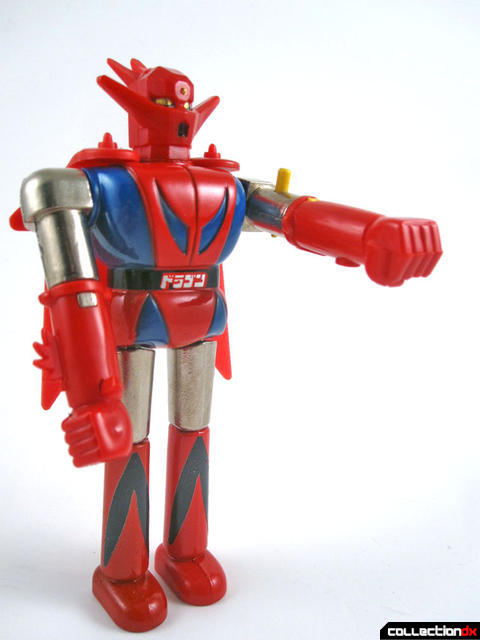 Both versions can launch the axes from the right fist. Well, not MY version, actually. For some reason, even though I was the first person to remove this toy from the box, that particular feature just doesn't want to work on mine. The axe never quite catches when I push it in. Is this a common problem with this toy or did I just get a lemon? Maybe I could take it apart and fix it but honestly, I couldn't be bothered. Maybe if I ever sell it, I'll try to get it working but for now, at least I can rest it in there for display. 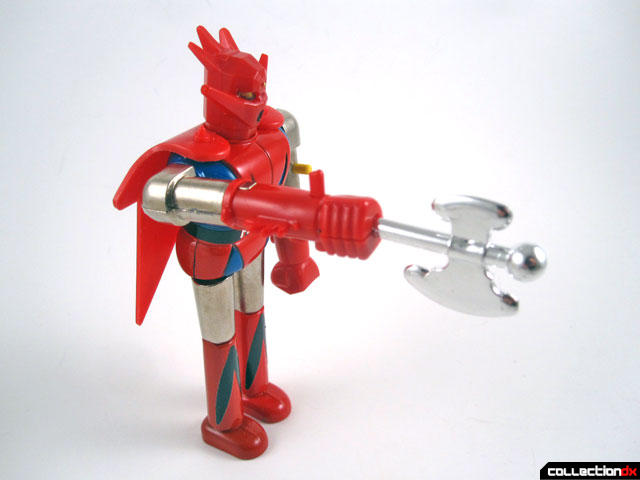 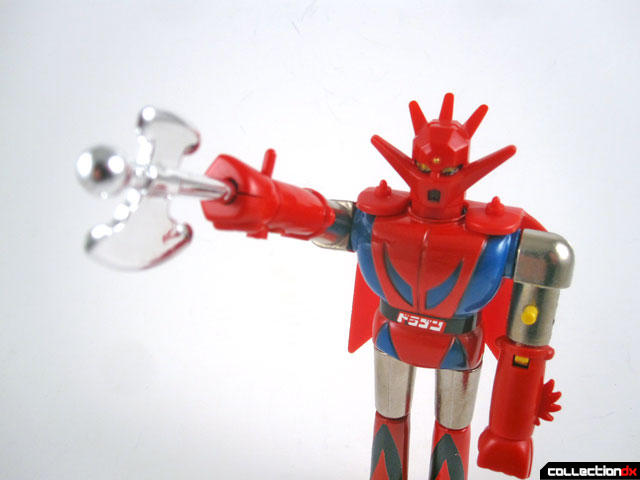 The original Japanese release of this toy was the GA-10 Getter Dragun (also the second release there) and is a fairly good representation of the character. Only a few minor color changes were made, with the shoulders not being blue or the pelvis not being orange. I think if I ever see a beater for cheap, I might be inclined to grab it and repaint it that way. 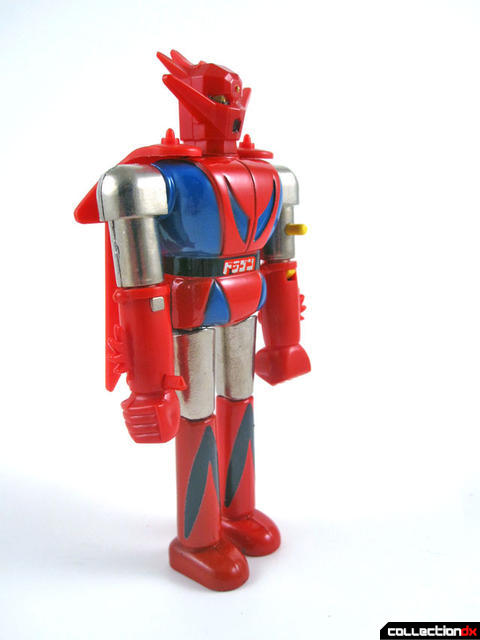 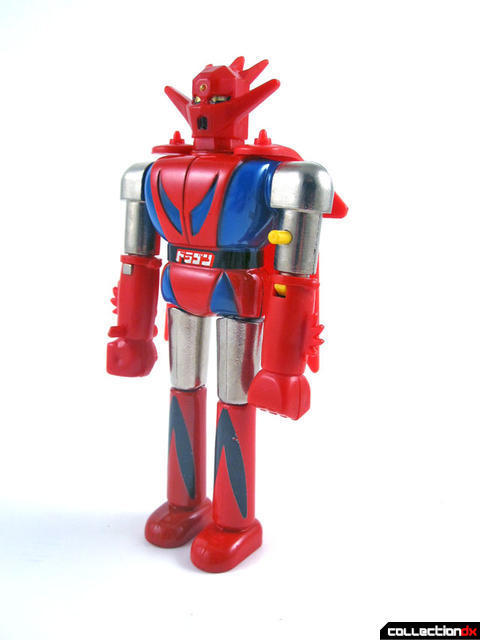 Unlike the jumbo and 3" representations of the character, the 5" one actually includes the full wing. 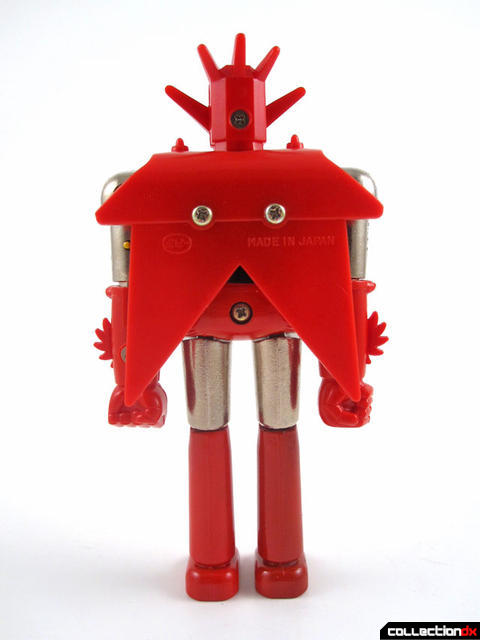 Packaging for this toy is similar to the other 5" and Two-in-One toys, a window box with flap on the side. 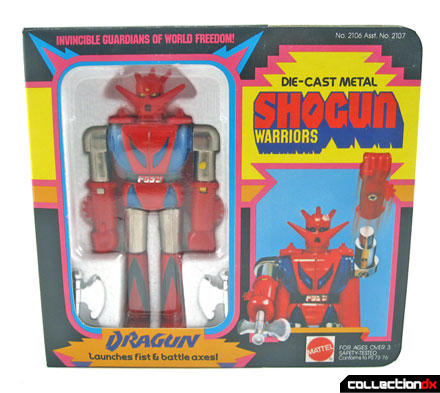 Art showing the play features and pictures of others in the line are on the other sides of the box. 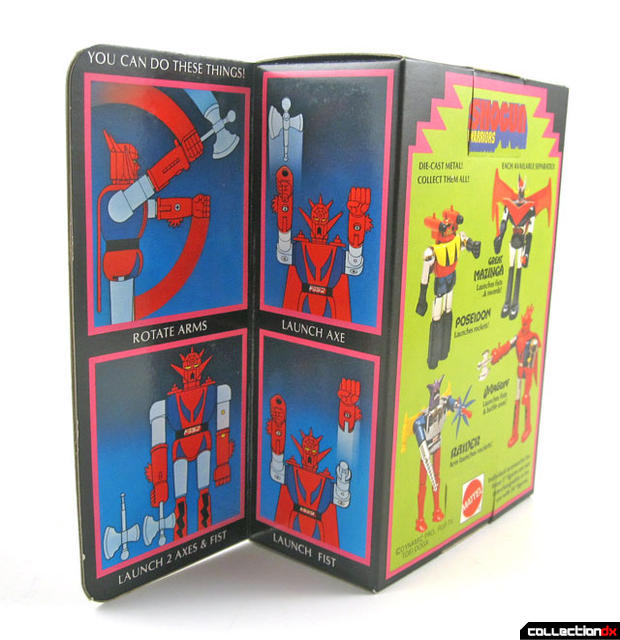 Again, that simple but classic line art is present on the instruction sheet, which is again shared with all the characters from the first wave of figures. 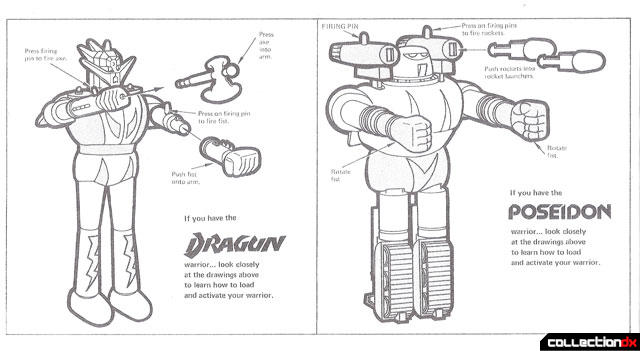 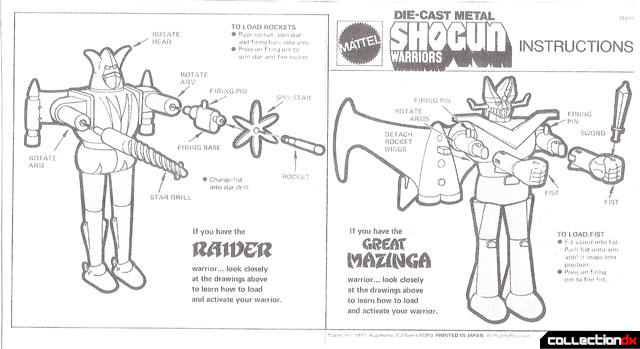 Just checked mine. The ax launchs , whew !! One of my first and favourite toy.
Cool review.