As part of their 2018 Relaunch of the classic Mego brand, Mego included some classic monsters into the mix. First to be released is Dracula. But it's not just any representation of Dracula, it's the one that defined the role for ages to come - Bela Lugosi's Dracula.

Originally released in 1931, Bela Lugosi's rendition of Dracula would become one of film's legendary horror roles, and defined what it meant to be Dracula for generations.

Mego's Dracula comes on a nice sturdy card, with text all over the place. Maybe a bit too much text actually, as it comes across as rather busy. I don't need Dracula trivia or quotes.

The label on the front shows it's a "Limited Edition" but really, anything that is distributed to Target stores nationwide really isn't limited. 10,000 is not limited, it's just numbered.  Some have the word "ENDORSED" instead of the numbered run, I hear this is due to them being stock for SDCC. 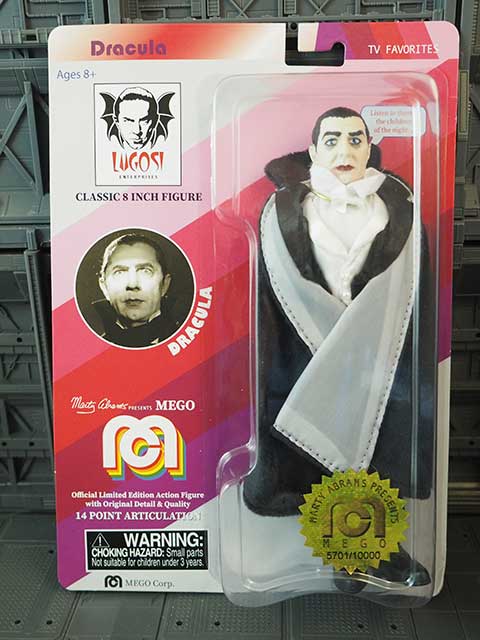 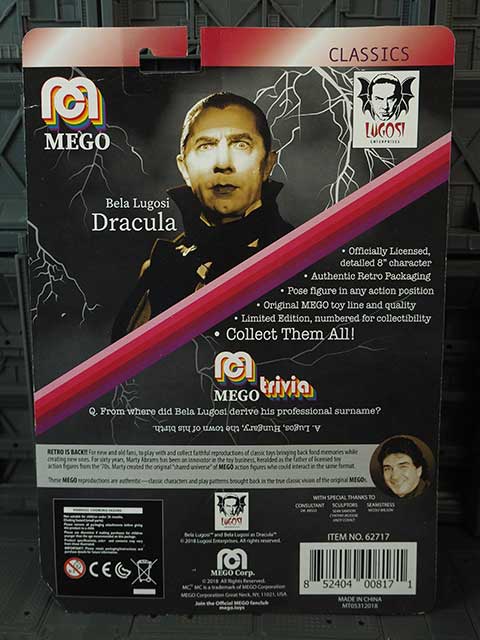 Off of the card, the figure is nice. The clothes are a bit bulky and sometimes fit awkward, but overall look good. 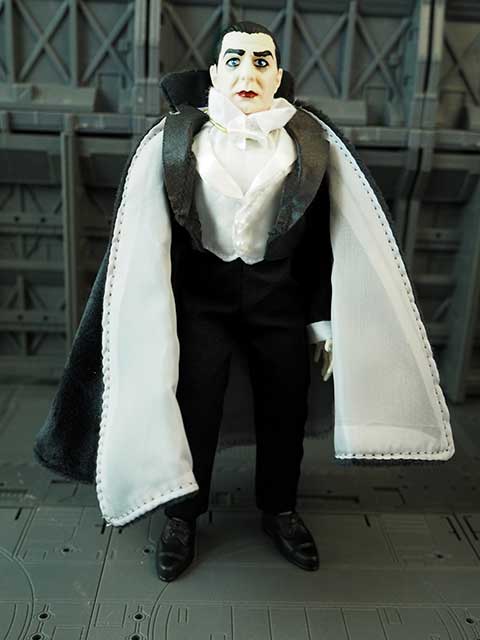 The face sculpt is good, but maybe lacks a bit of personality. It's as if someone told Bela "Hold still and don't move" while his picture was being taken. Paint is good with clean applications. 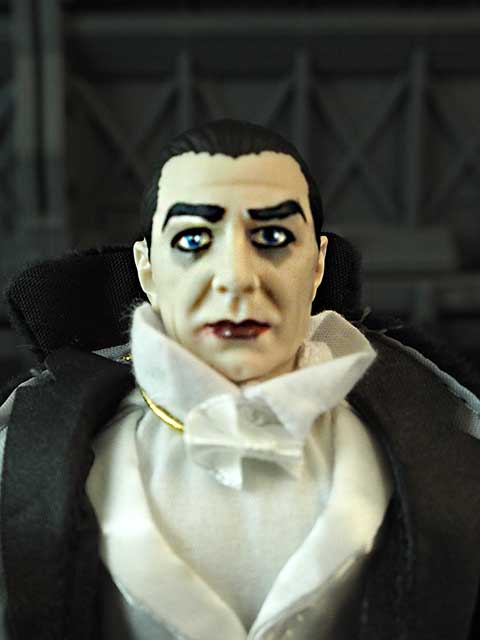 I wish the bow was done a bit better, I'm not sure if I can straighten it out or not. It seems like all the fabric is off to one side. 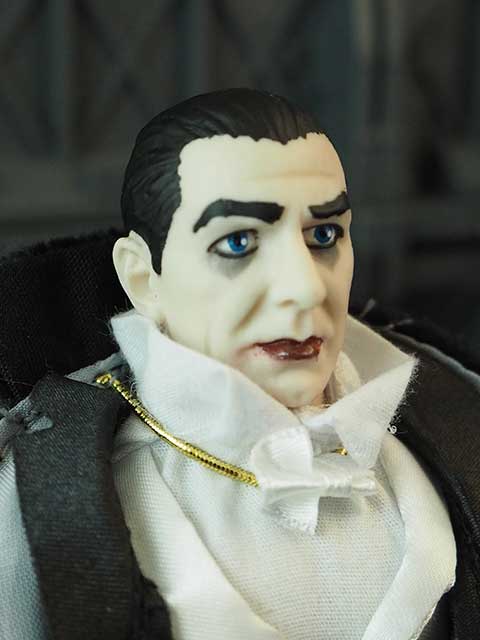 There are some great details on the figure, such as the detailed shoes, and the satin strip down the side of the pants. 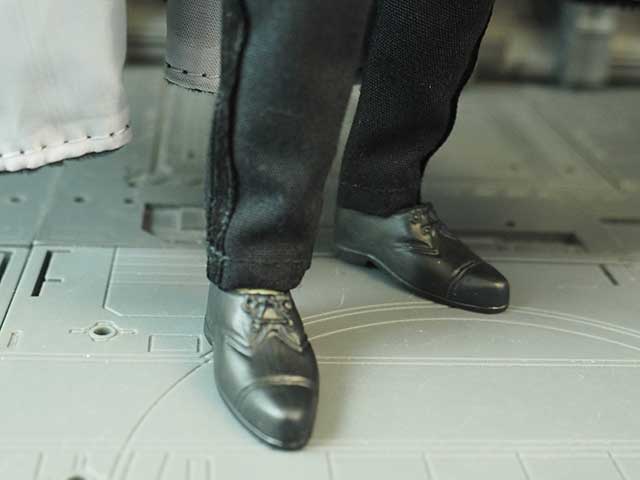 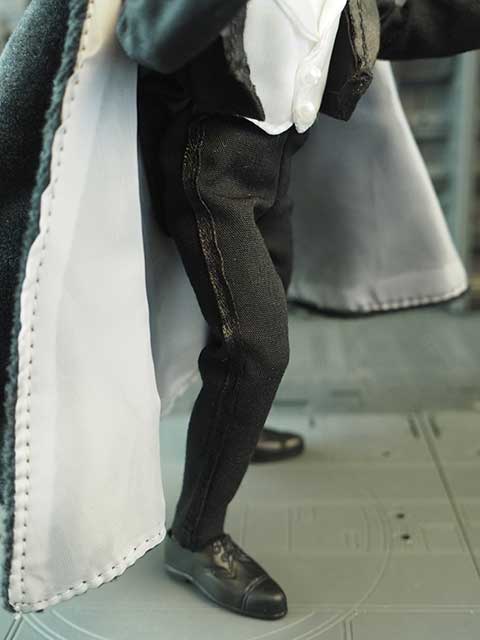 Articulation is fine, but a bit limited due to all the cloth details. It's fine for what it is. Nobody was asking for a super-poseable Bela Lugosi figure. 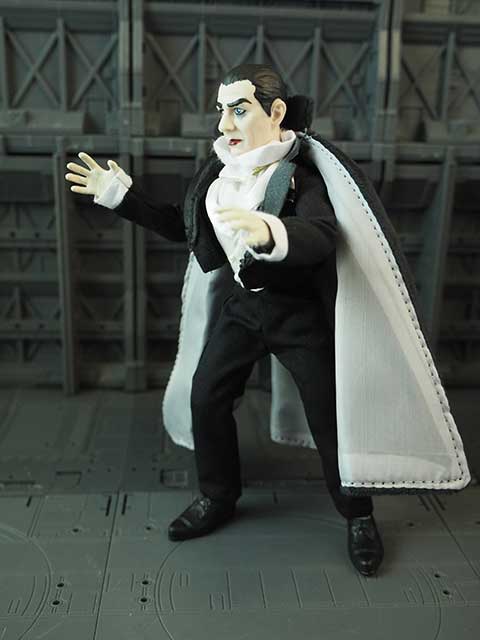 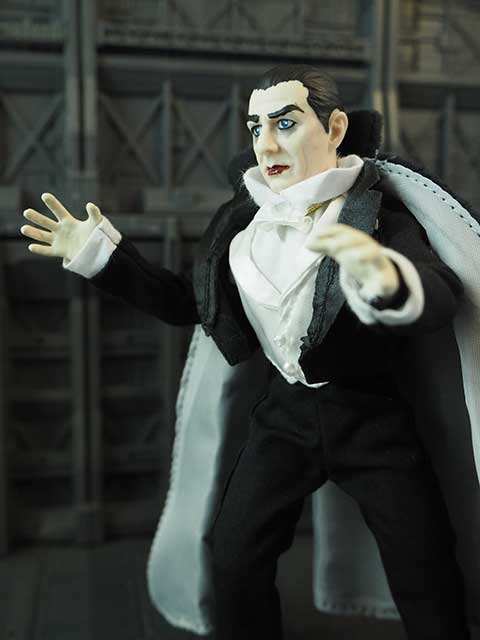 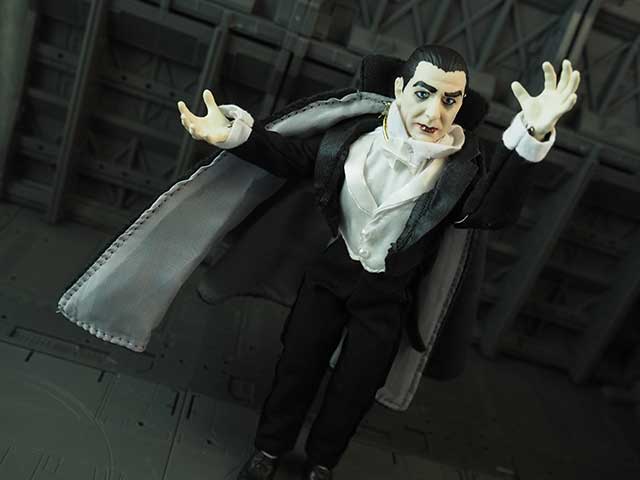 The cape is removable, and with it off you get a better view of the detail put into his suit. I think the coattails are a nice touch. 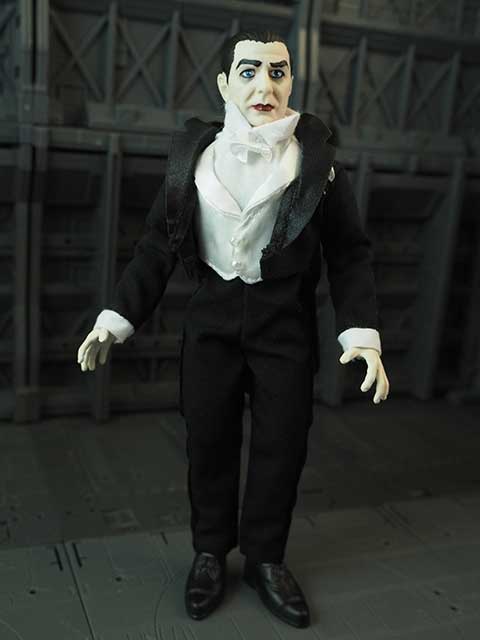 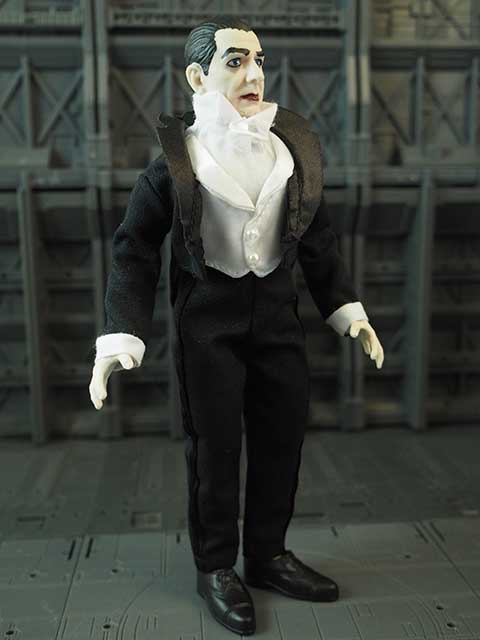 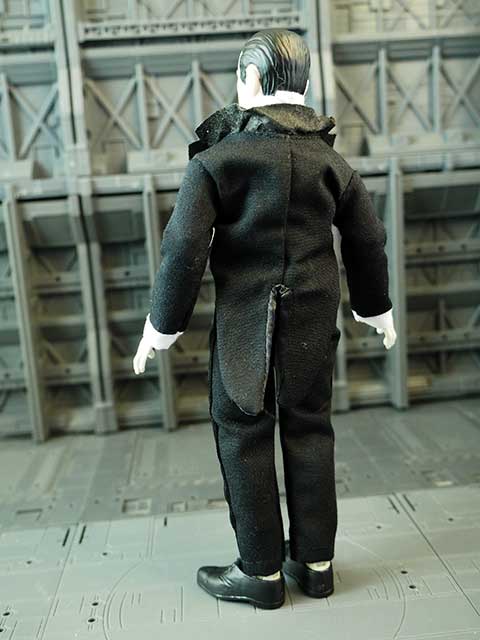 Overall it's another fun figure from the resurrected Mego. Bring on more monsters!