With this, Playmates brings us Donatello in his new rendition from the new live action movie Teenage Mutant Ninja Turtles. From the first wave of basic figures, Donnie pleases as an overall well rounded figure with really only some minor qualms.

Packaging:
Nothing special here, just a blister pack with Donnie held snugly inside. I do find it interesting that the packaging says simply “Ninja Turtles” instead of the whole name. 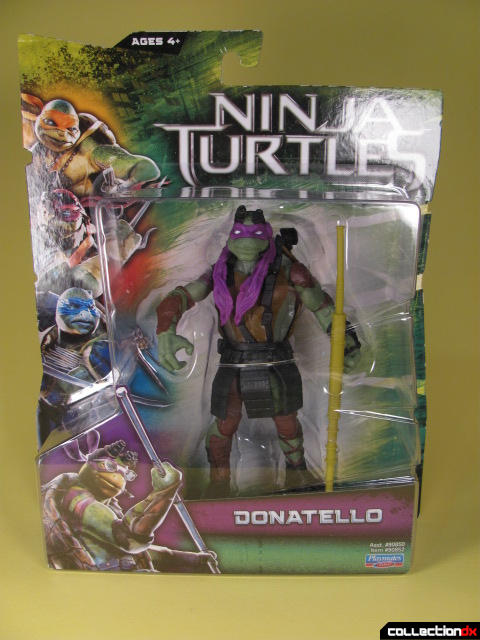 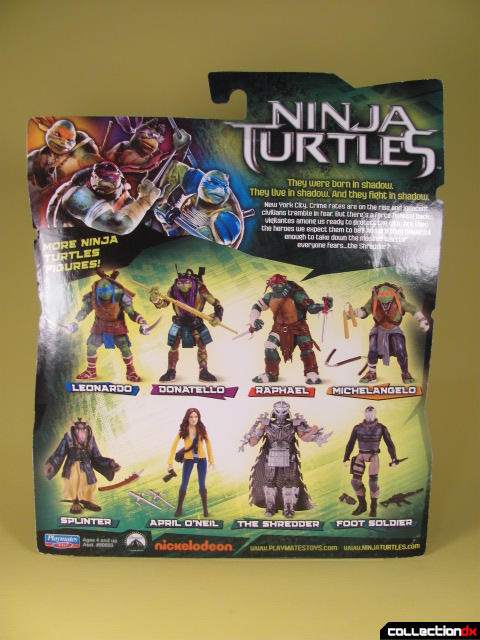 The Toy:
For a basic figure, Donnie looks really good. 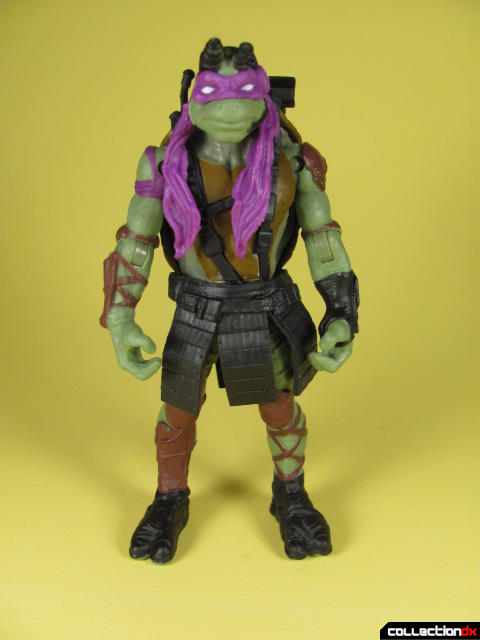 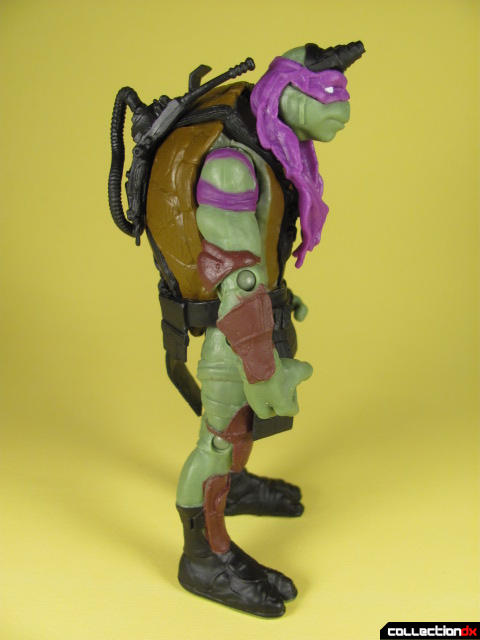 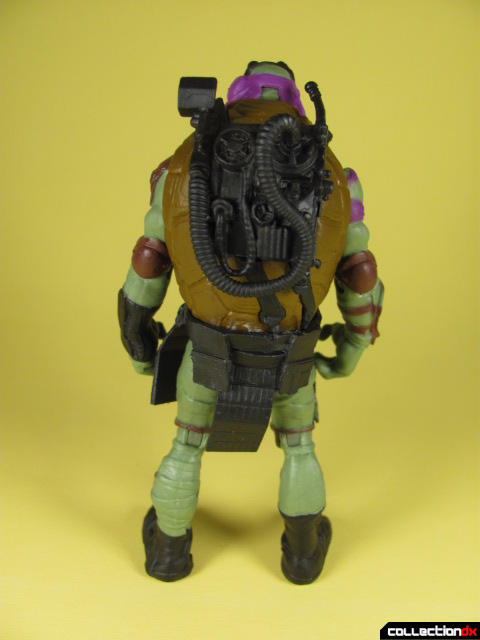 His sculpt is rife with detail; his skirt armor, shell, woven shoes, gadgets, and satchels are all covered with grooves, lines, and 3D elements. The paint on them, however, isn’t super tight or consistent and some of the detail—mainly on the back—isn’t painted at all so it goes slightly to waste. But what is present makes Donatello a rather busy looking figure. 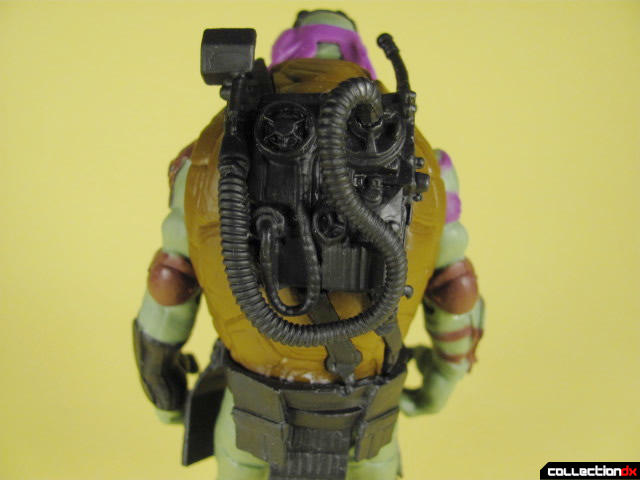 I guess Donnie is a Ghostbuster now. . . 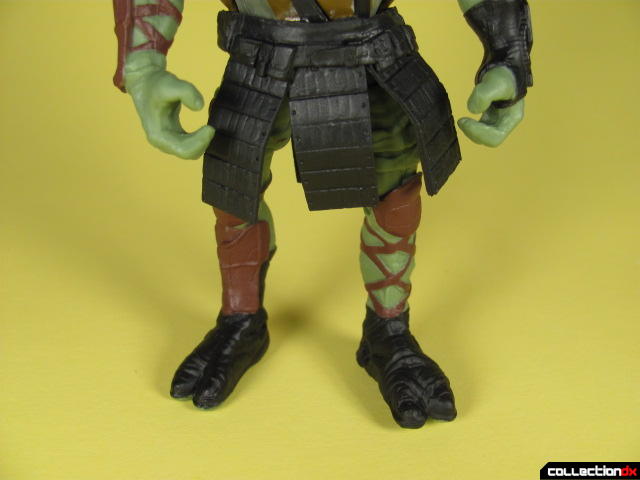 Donnie expresses a lot of character through his new design and a lot of it is captured here pretty well. He’s more lithe and skinny than his brothers and he’s covered head to, well. . . waist with techno gear. This makes him much more physically identifiable than his previous incarnations which is rather nice. Perhaps a little overblown, but nice. 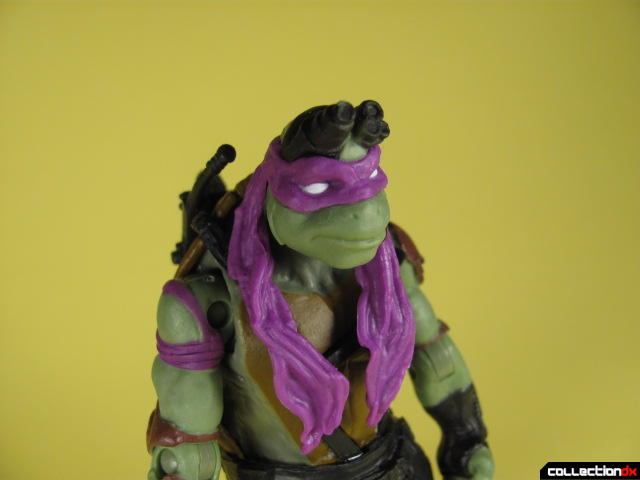 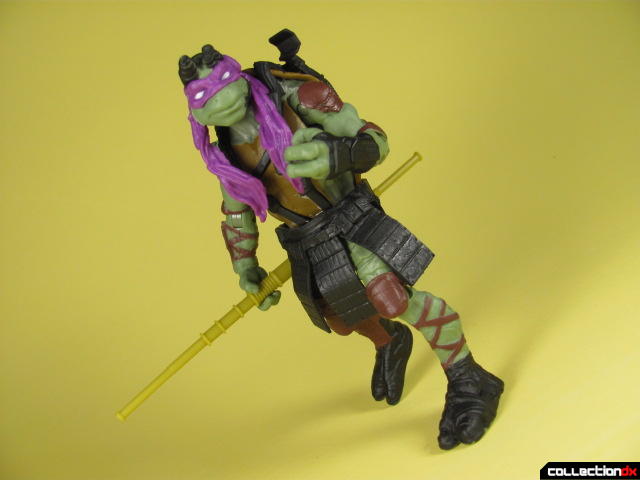 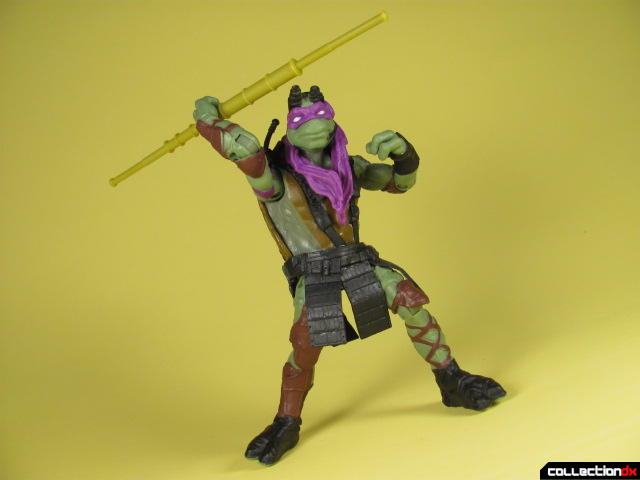 With a balljointed head and universal shoulders, elbows, thighs, and knees, Donnie can move pretty well. His knees only bend about 45 degrees and some of his joints are encumbered by armor and sculpt, but overall good. Some feet articulation would make this package complete and is missed. Same for wrist articulation. 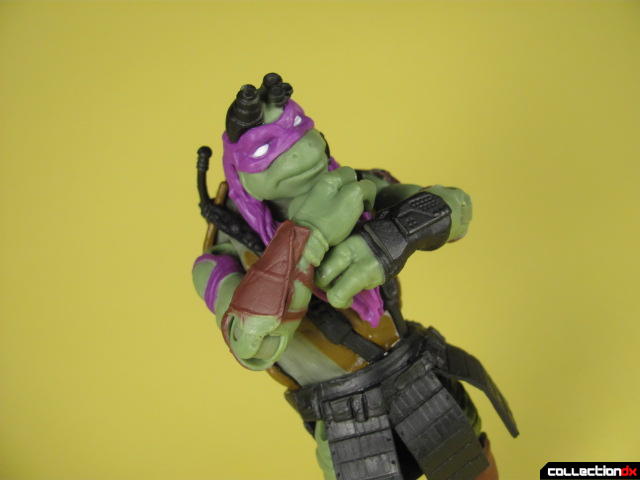 The plastic Donatello is made of is gummy. This is excellent for his backpack as it keeps the extended bits safe during play. This is doubly excellent for his bandanna as it never encumbers or limits his head movement. It eats a bit of the detail, however, and makes the joints look like they can potentially tear.
Little give and take here.

Donnie stands at about 4 ¾ inches tall: 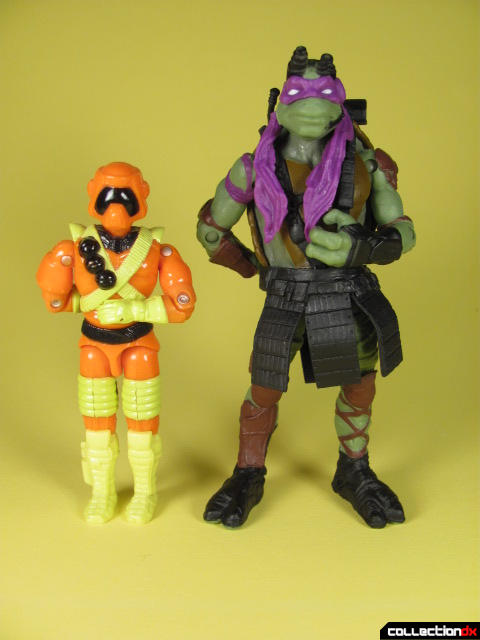 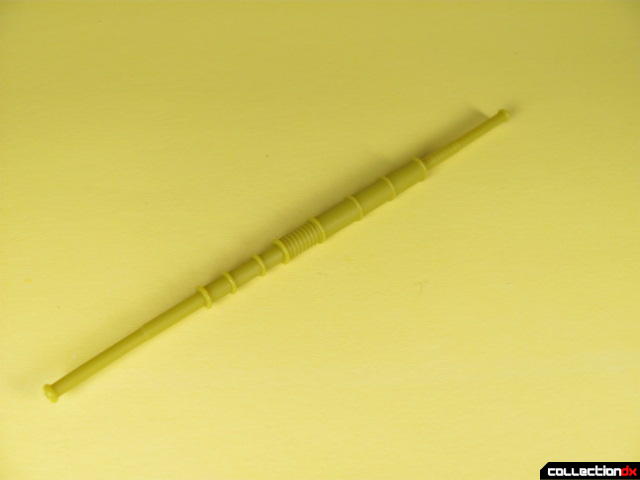 Plain and drab, it looks more like a bamboo staff than what seems to be a metallic staff onscreen. Either way, the staff has ribbed detail and a cool segmented look. 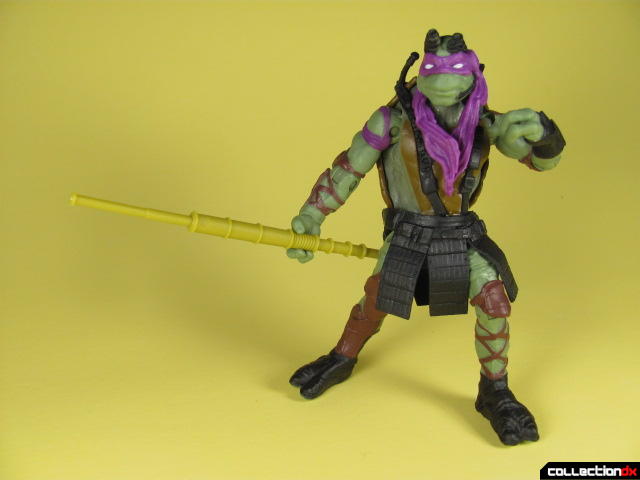 Donatello has always been my favorite Turtle and this toy does not disappoint. With a detailed sculpt, good heft and size, and functional articulation this figure will make a great play toy or an equally great shelf or desk display. Though not a world shaking toy or a perfect toy, Donnie is still a nice figure 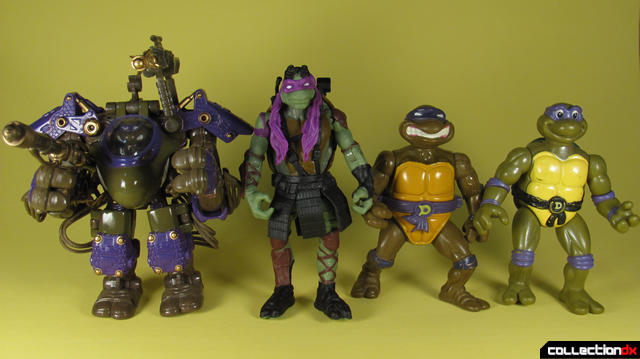 Neat Donatello powered suit! When did that one come out? I don't recall ever seeing it before.

You'll see more in the future (totally reviewing this; it's just ASKING for it), but it's from the Muta Force line from 1996:
http://www.tmnttoys.com/96figures/mutaforce/13052.htm

That would be why I don't remember it. My interest in the turtles waned after the second movie and I never got into the live action show.