Krepitusis one of the bad guys in the Final Faction universe, one of the KHARN. He's technicallty a bounty hunter, and he comes packaged with a small scout figure named Flea. 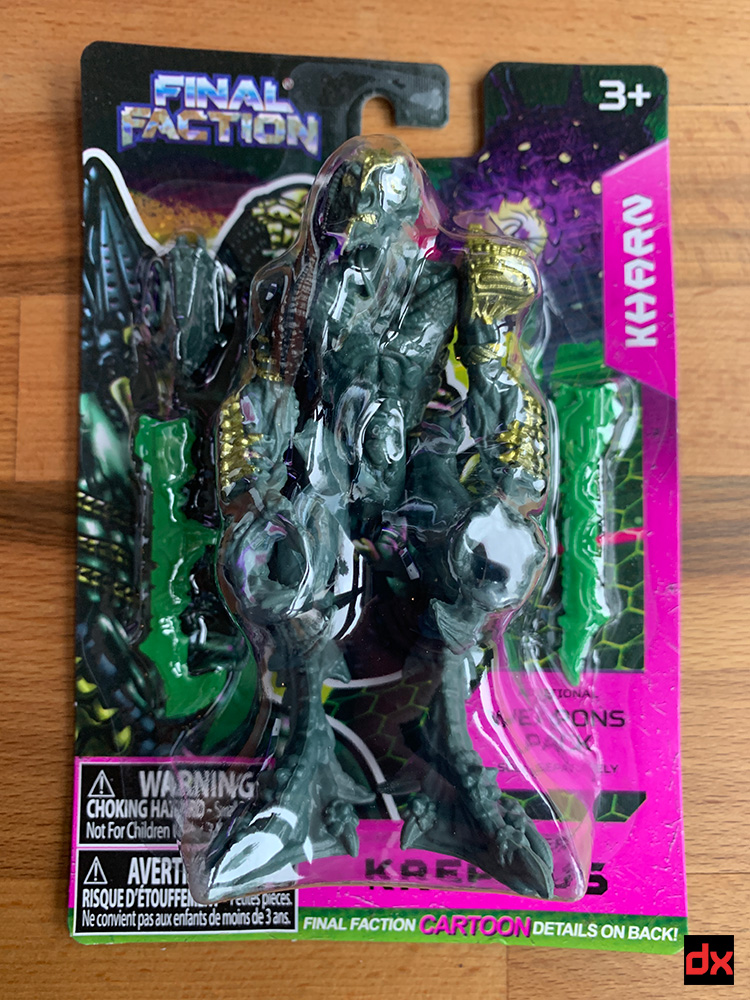 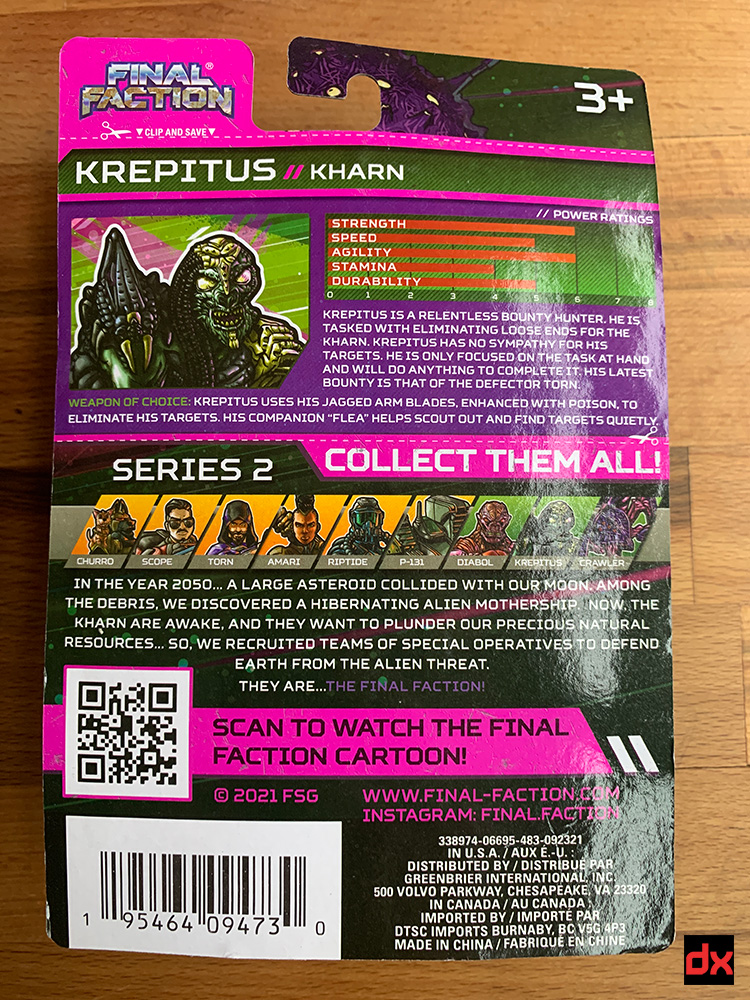 He's a nice figure, with great detailing and a few paint apps. The paint could be better, but it's 1.25 so we'll give it a pass. 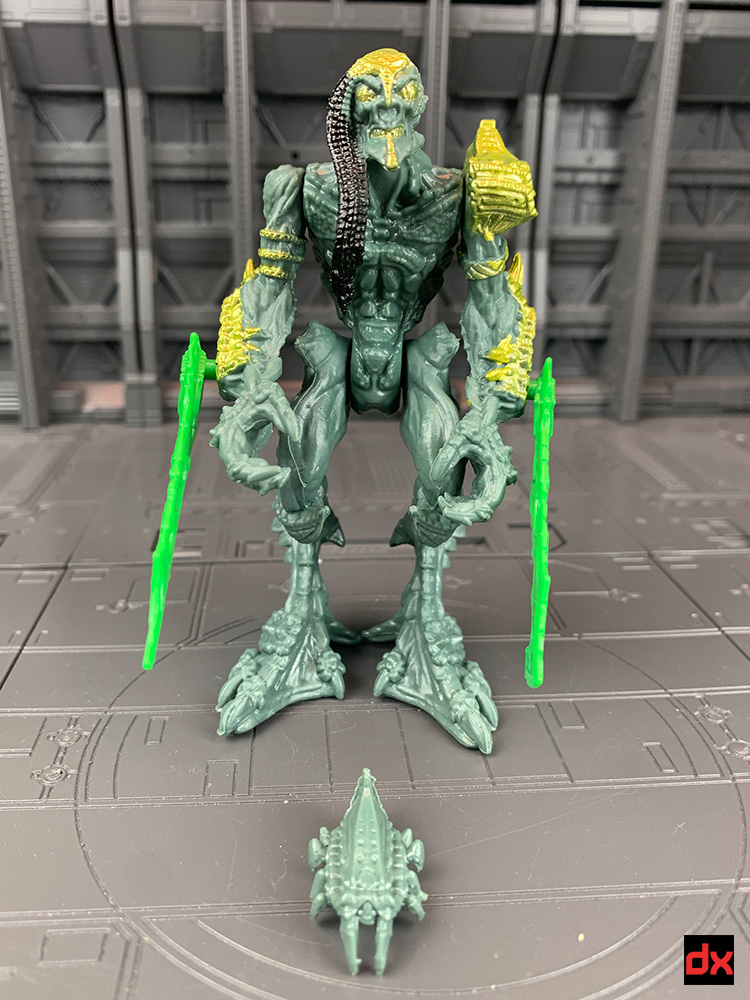 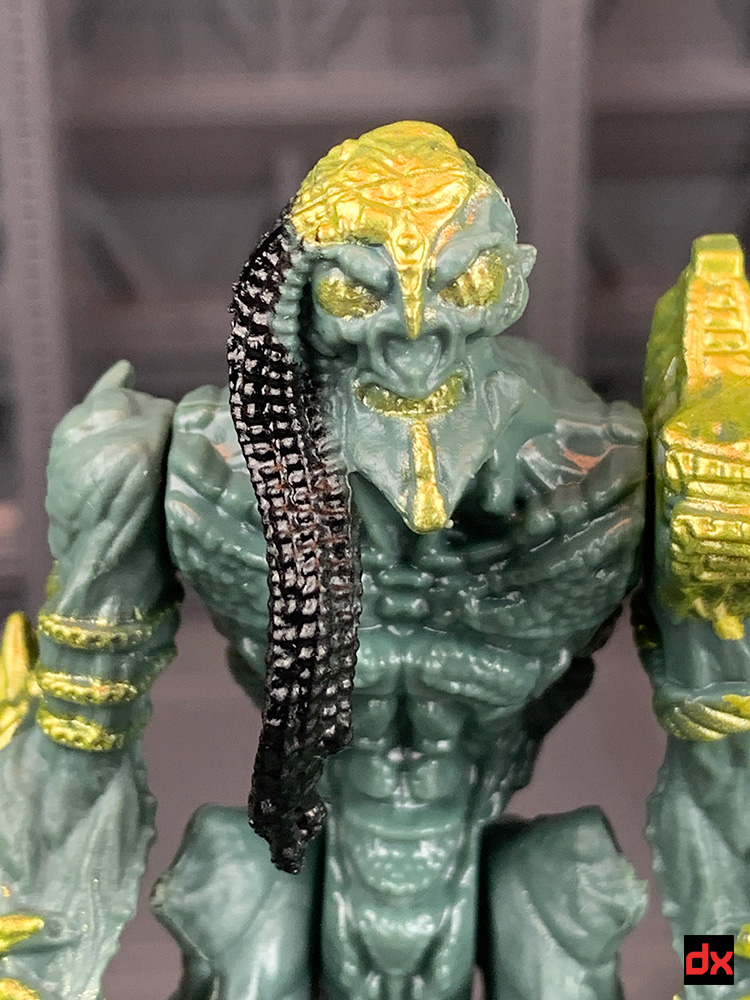 Krepitus uses jagged arm blades that attach to the holes in his forearms. 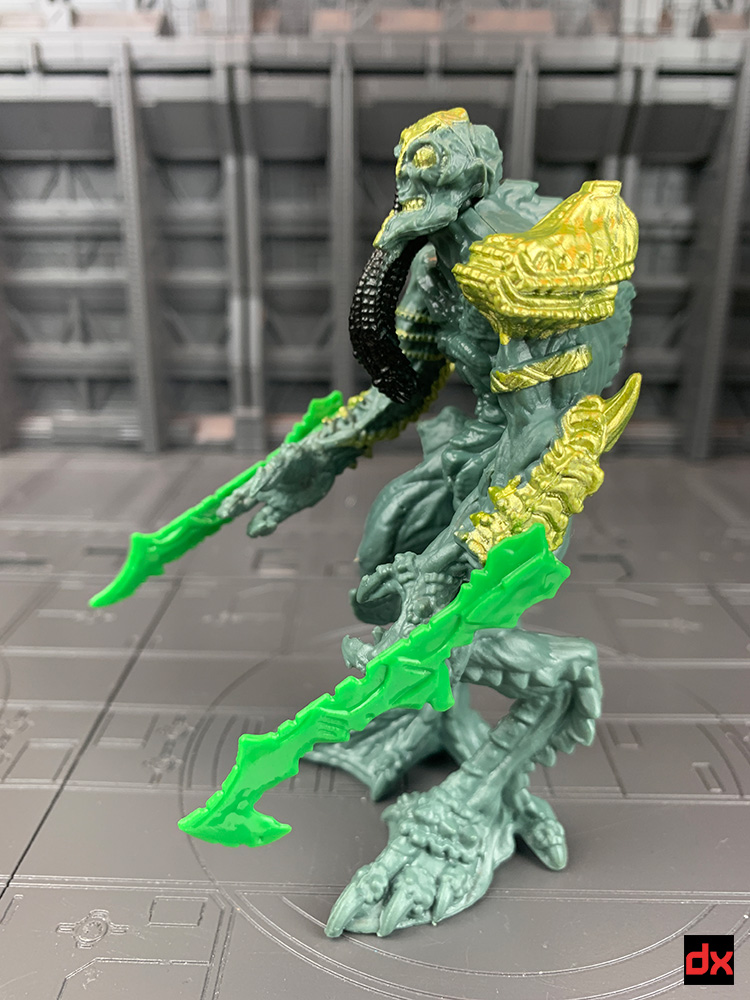 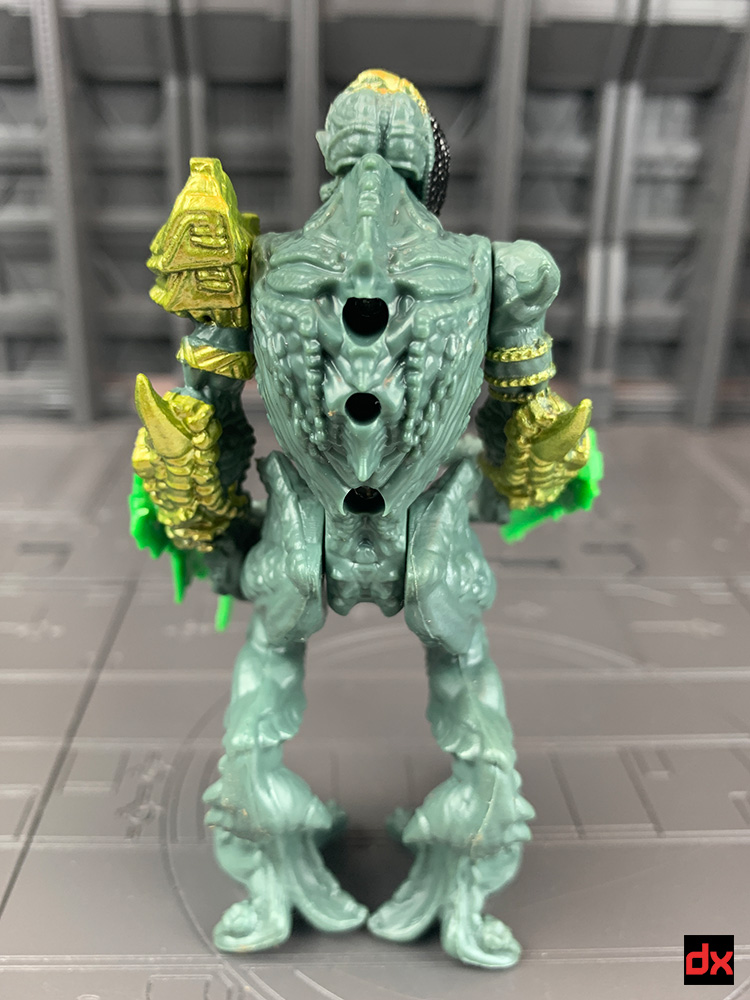 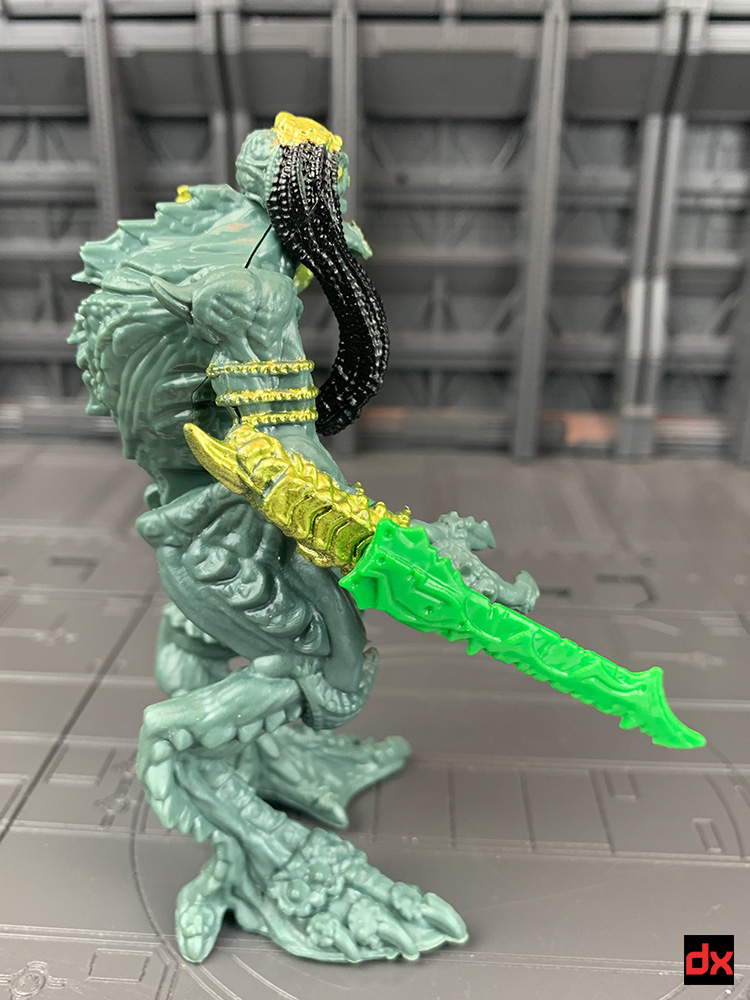 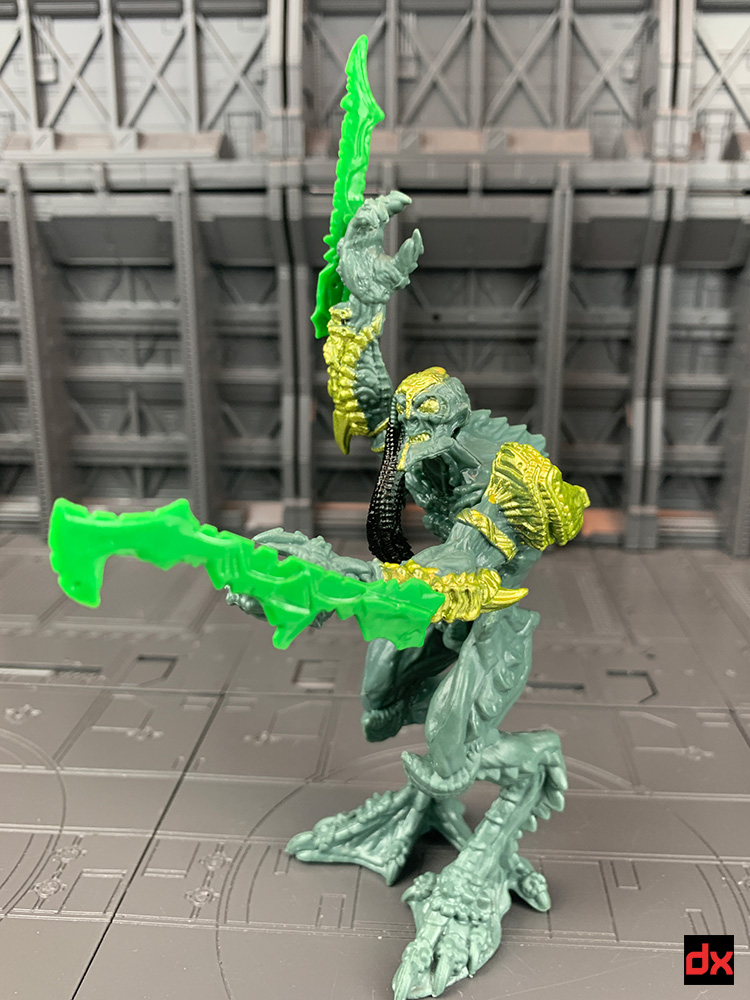 Flea is a non-articulated accessory with no paint apps, but it's still cool. 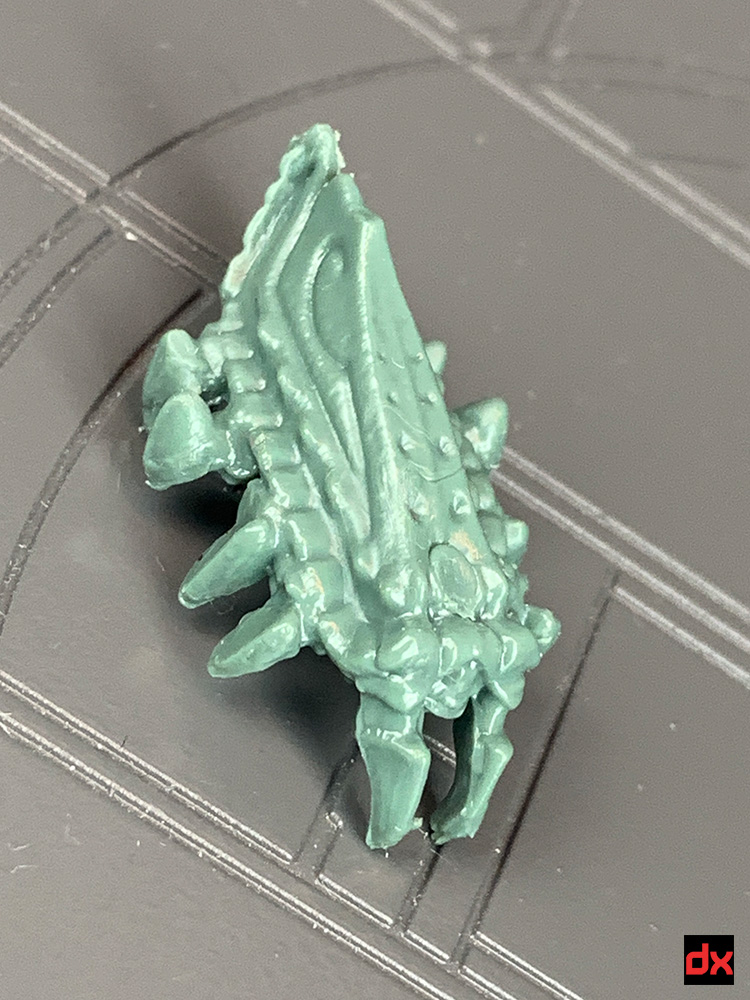 Whoever designs these figures does a good job. Flea can attach to the shoulder of Krepitus. These little design choices for the line are awesome.