Dokuwashi is another SDCC 2008 acquisition (see how backed up I am?) created by Brian Flynn for his company, Super7. Brian also co-authored the Tokyo Underground book with me.

I like Super7 stuff, but some of it is just not for me. I don't really dig what they call "fight figures" but I love original kaiju, and when Brian puts his mind to it, he makes some great designs. 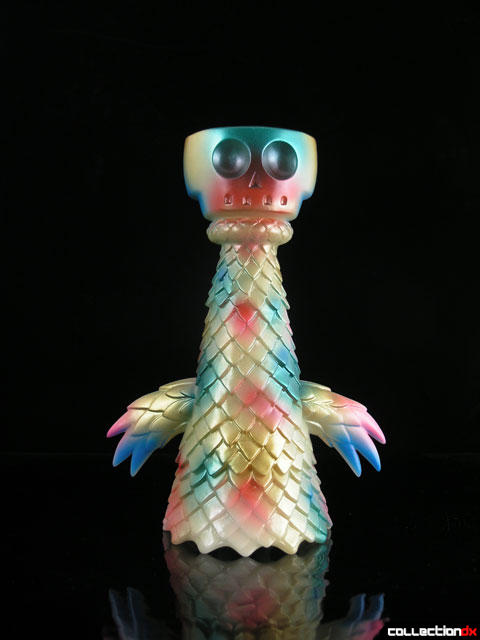 Dokuwashi is part of Super7's "Ghost Land" line of mini vinyl figures, but he is anything but a mini at nine inches tall. According the the flyer that comes with the Ghost Land trading figures, Dokuwashi is "is the door that all spirits must pass through to enter Ghost Land".

Like most vinyl, there are several different versions, or "colorways" of this sculpt, and this is the mandatory glow version. 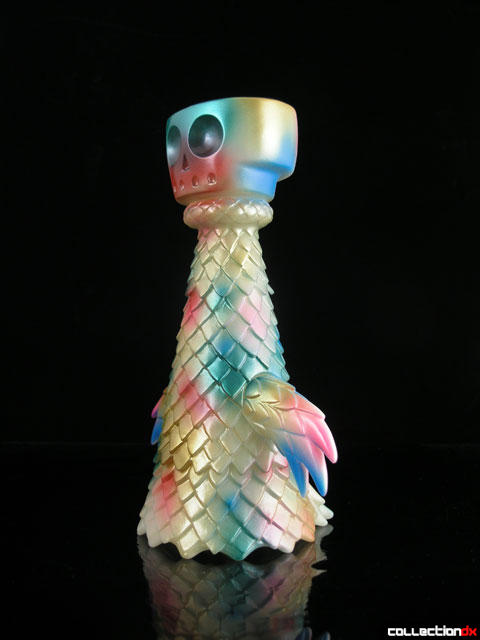 Surprisingly, this toy actually has some articulation. The arms and head move, but that's it. 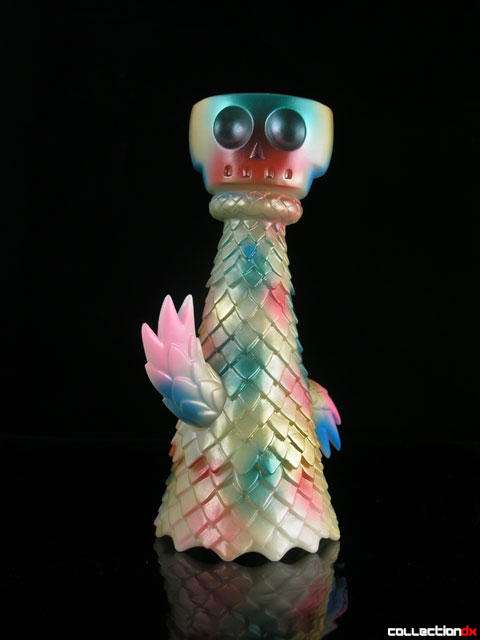 The sculpt is nice and tight, and the texture of the body feels good in the hand. The figure has nice little details, such as the tiny feet hidden underneath. 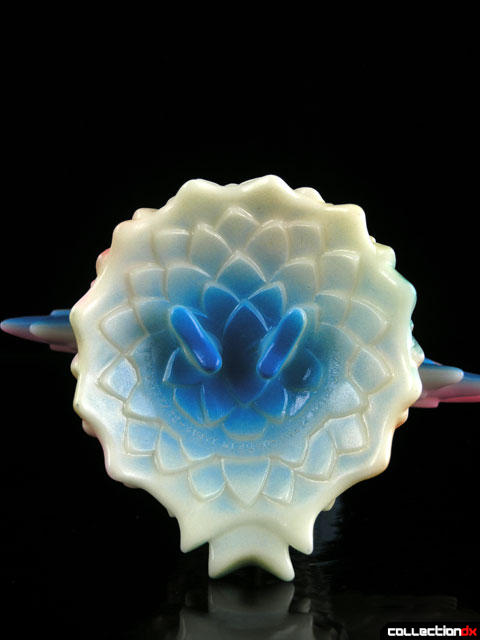 Dokuwashi is sprayed with Green, pink, gold and blue paint applications - colors similar to Bullmark Hawaii versions from back in the day. 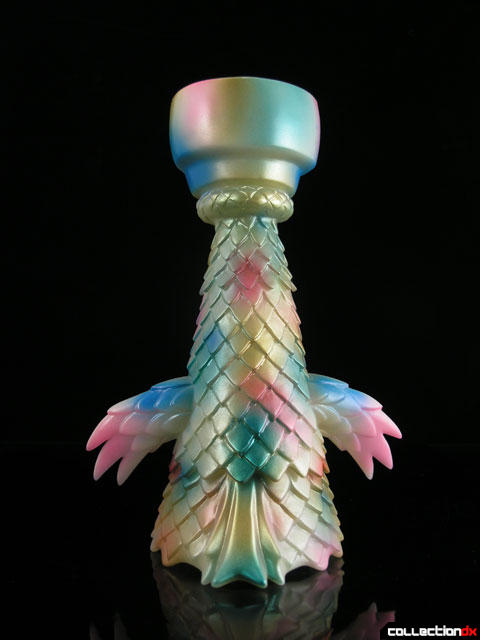 Glow works good, maybe not as vibrant as others, but still strong in its own right. However, put it under a black light and it just looks stellar... 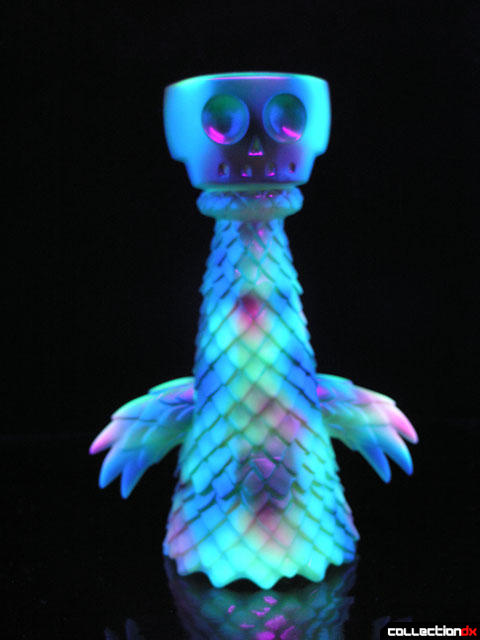 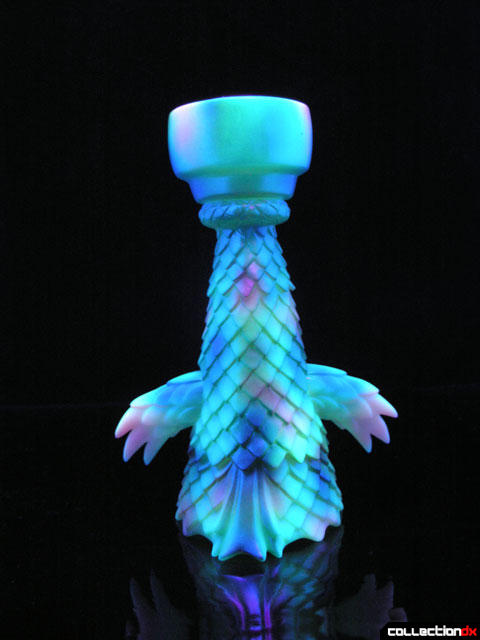