I couldn't go to Galaxy's Edge without picking up a bunch of souvenirs. I was a but surprised about how little variety there was for actual toys or action figures. Plenty of Greef Karga to go around, but not much else.

if you go on the Rise of the Resistance ride, you need to take home the First Order Short-Range Evacuation Vehicle.

*SPOILERS FOR RISE OF THE RESISTANCE BELOW*

In the ride, you are taken prisoner by the first order, but shortly after that the Resistance arrives to rescue you and ushers you into small escape vehicles. These vehicles take you around the Star Destroyer as you try to escape the First Order. At the end, your car docks into a larger escape pod that takes you down to the planet. This is that escape pod.

The box is large, and the toy is heavy weighing in at 3 lbs. The box is actually sort of flimsy, with most of it being clear windows to see the vehicle and try the features.

There are four different droids that are available with this set They are black droids with either blue, white, orange or red accents.) If you buy one in person, make sure to get the color you like. 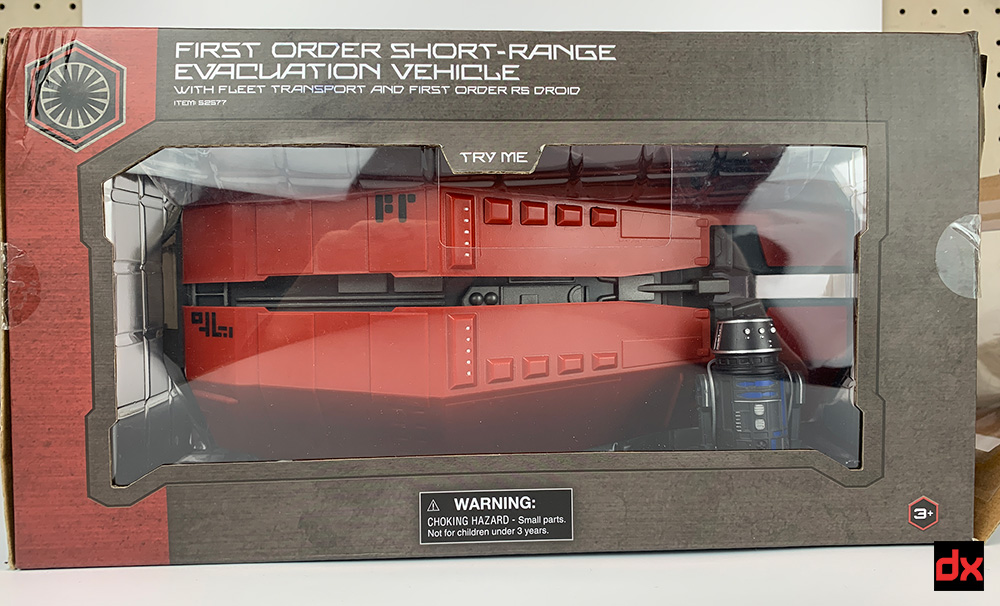 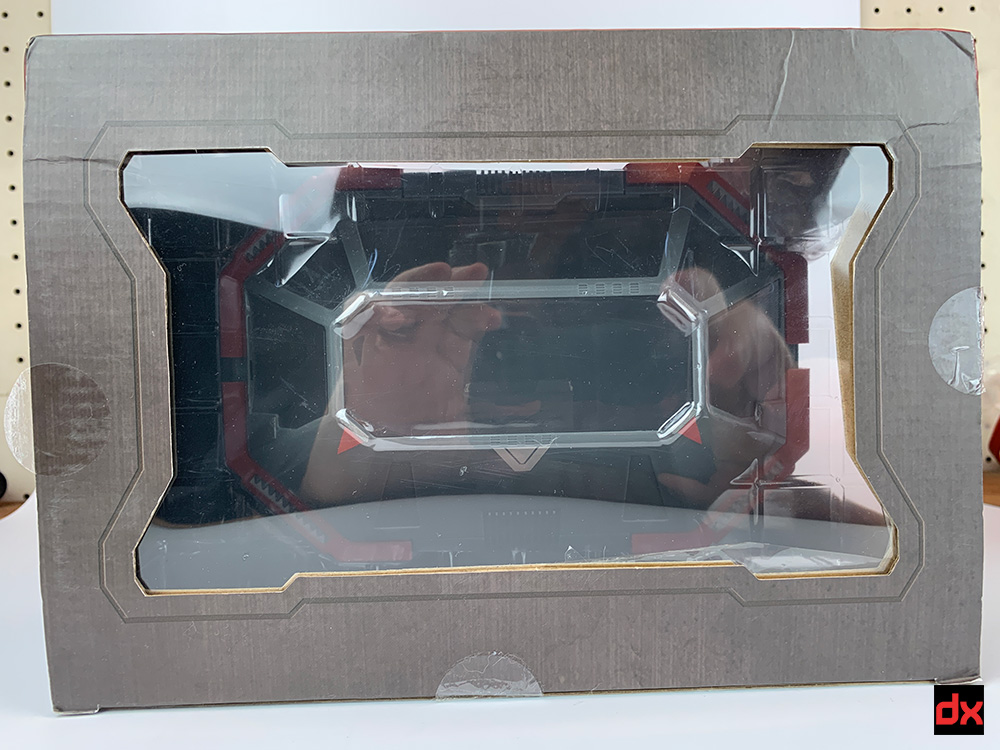 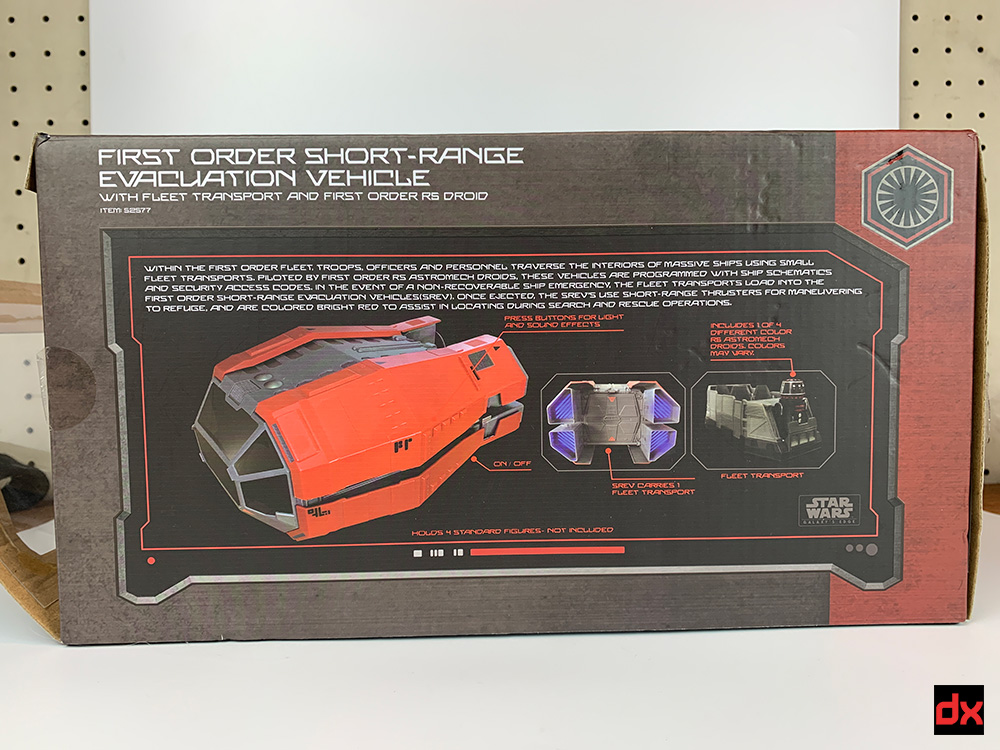 The vehicle itself is very cool, and very solid feeling. There are no moving parts on the outside, but there are four sound effects that can be activated by pushing one of the buttons on the side.

- Taking off sound (engines pulse and light up)

The toy takes 3 AA batteries which ARE included. 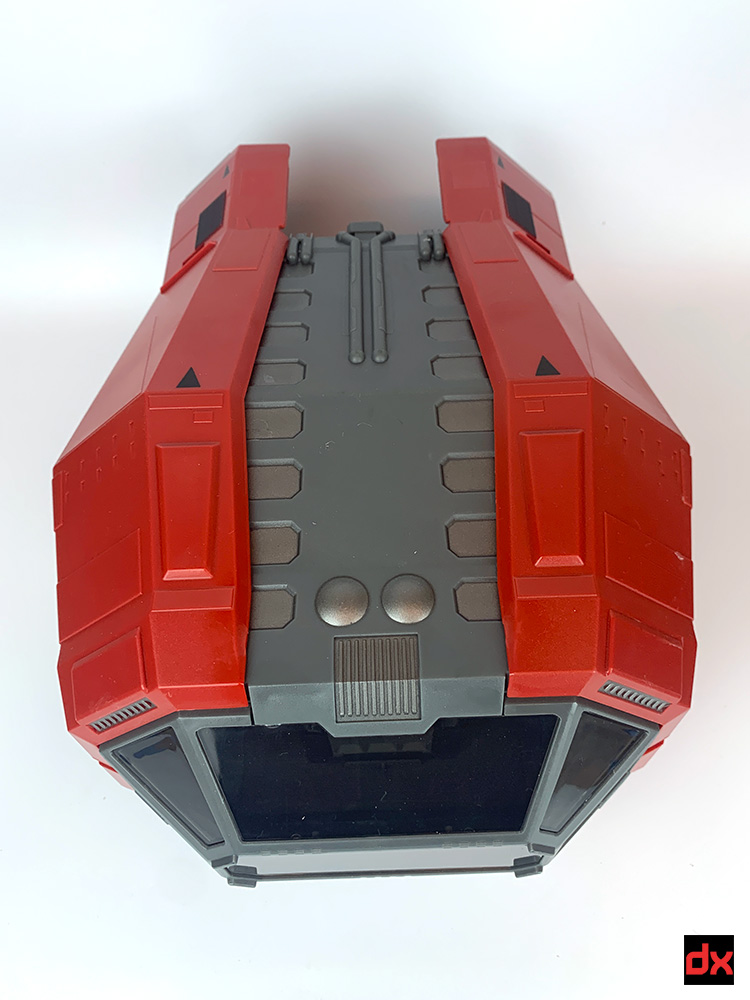 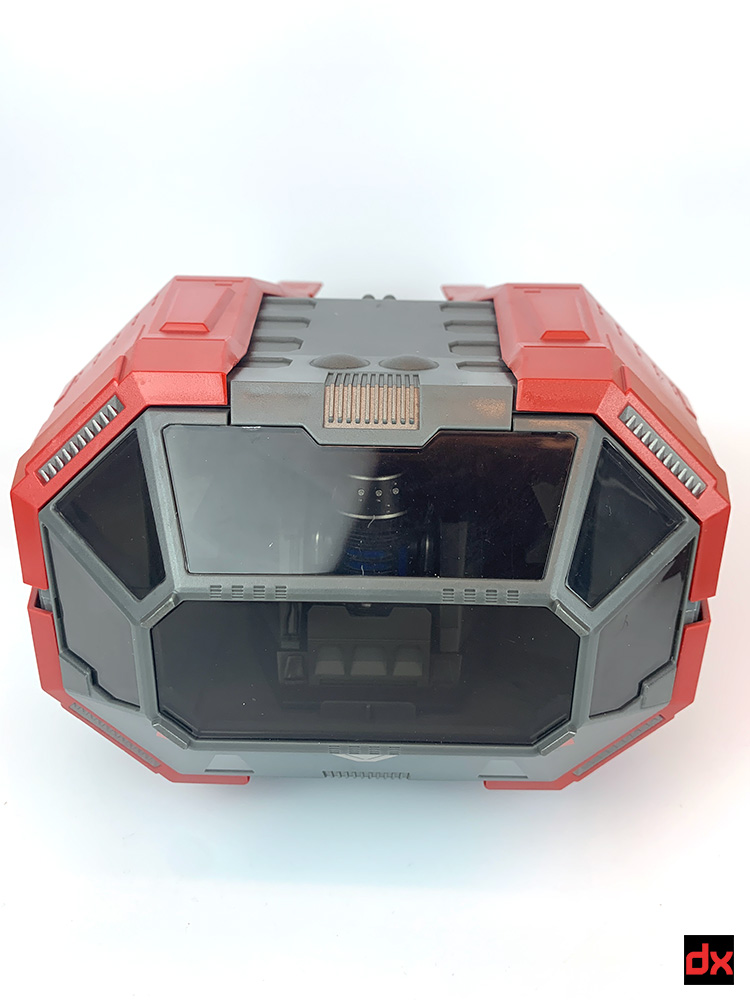 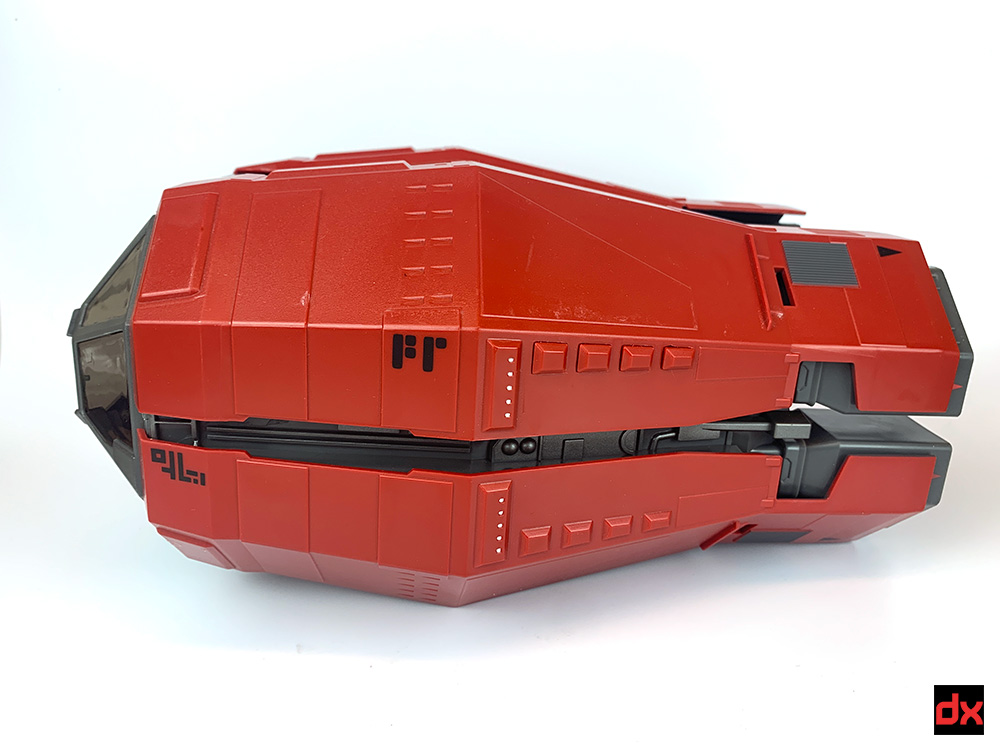 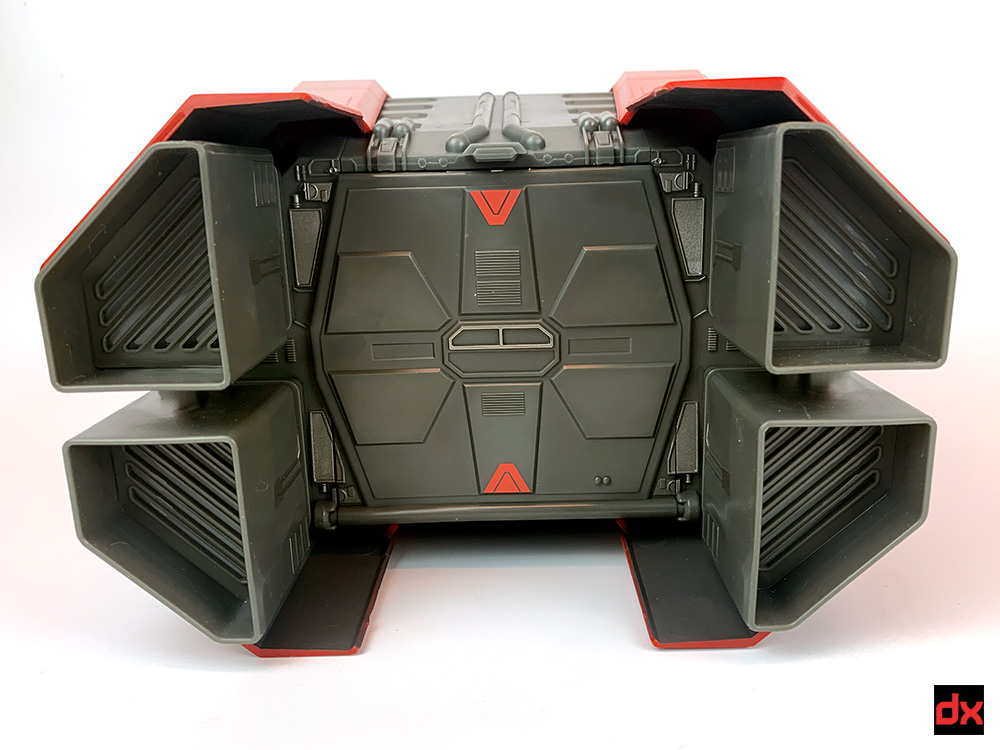 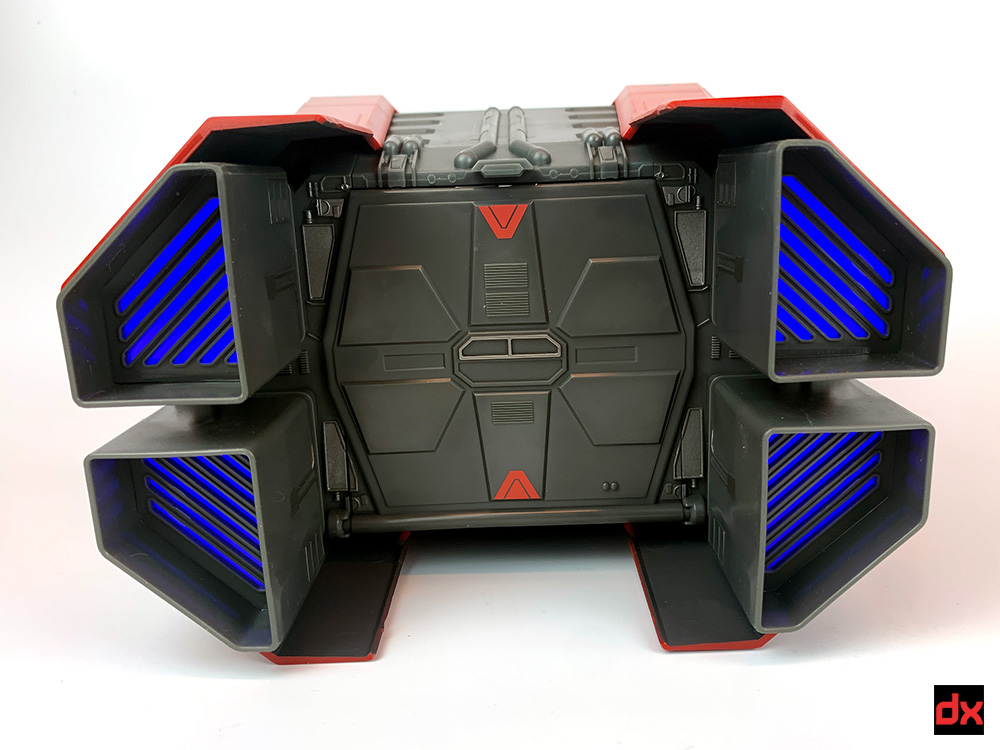 The back door opens up to reveal the ride vehicle that you actually ride during the ride. It holds in place with friction so there is a little resistance pulling it out. 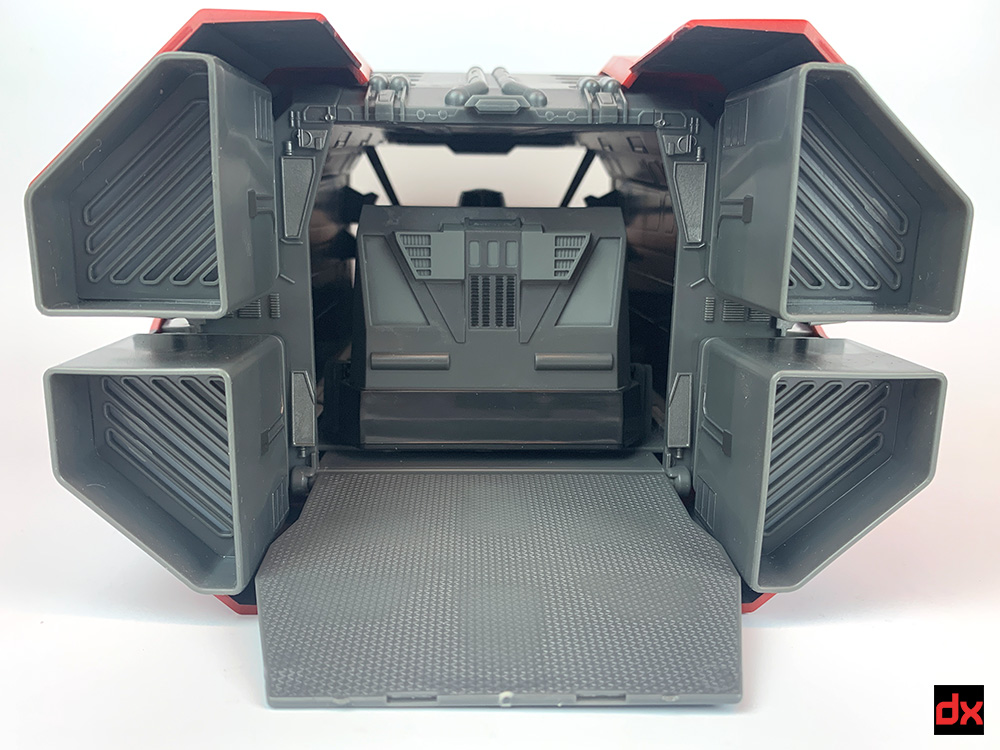 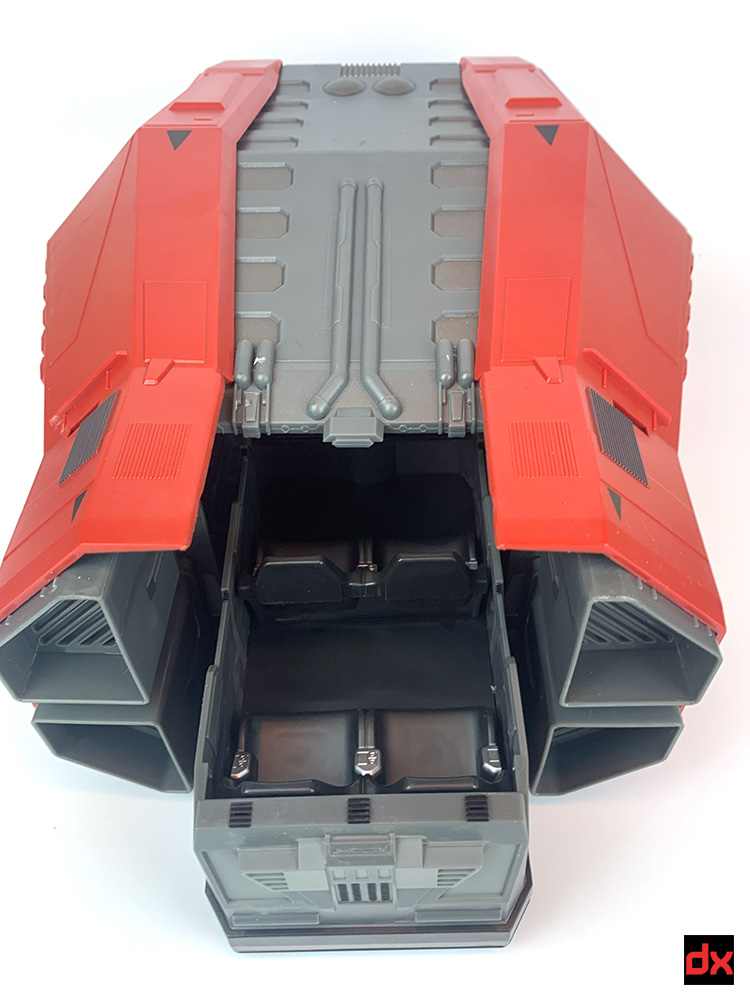 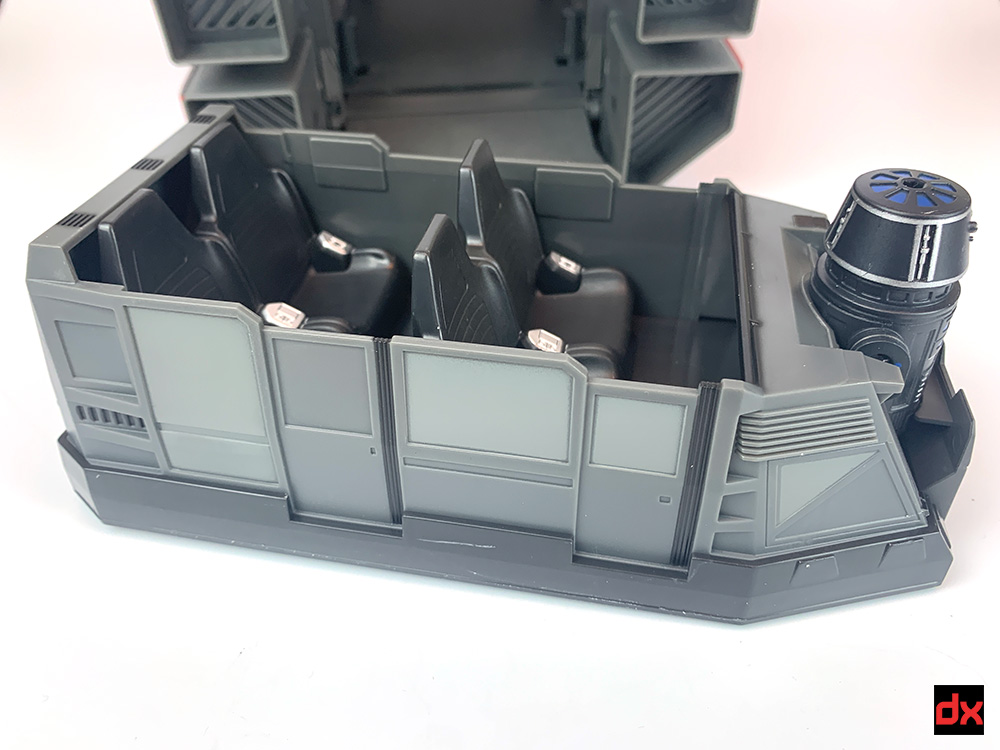 The cart has wheels to roll around on, and seats four figures. The doors do not open, but the droid is removable. 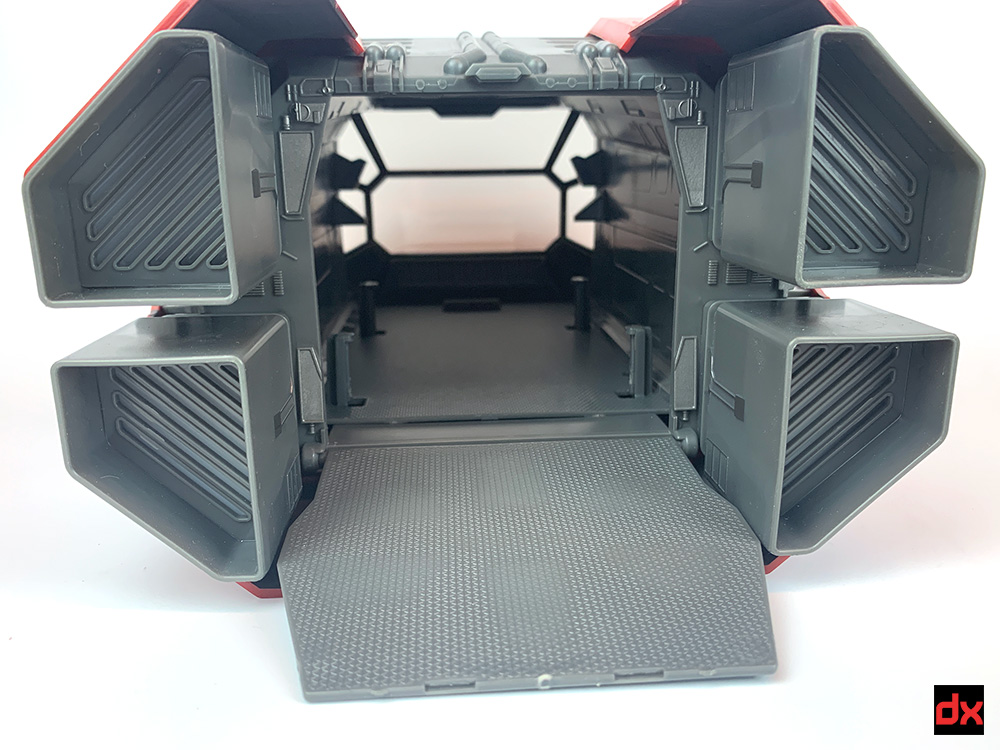 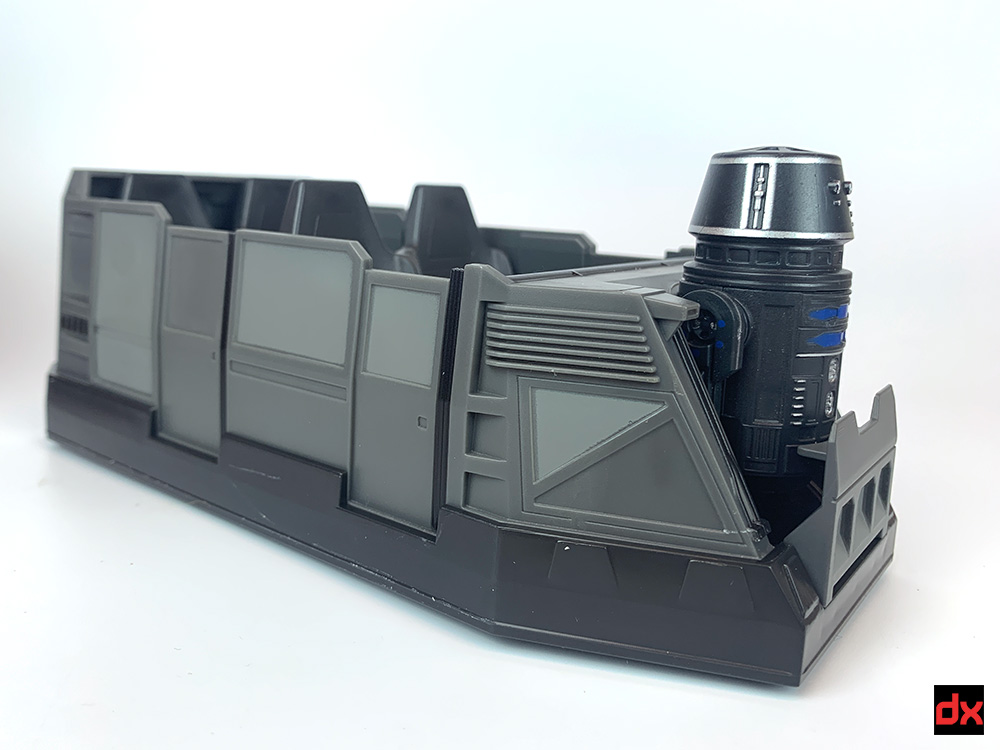 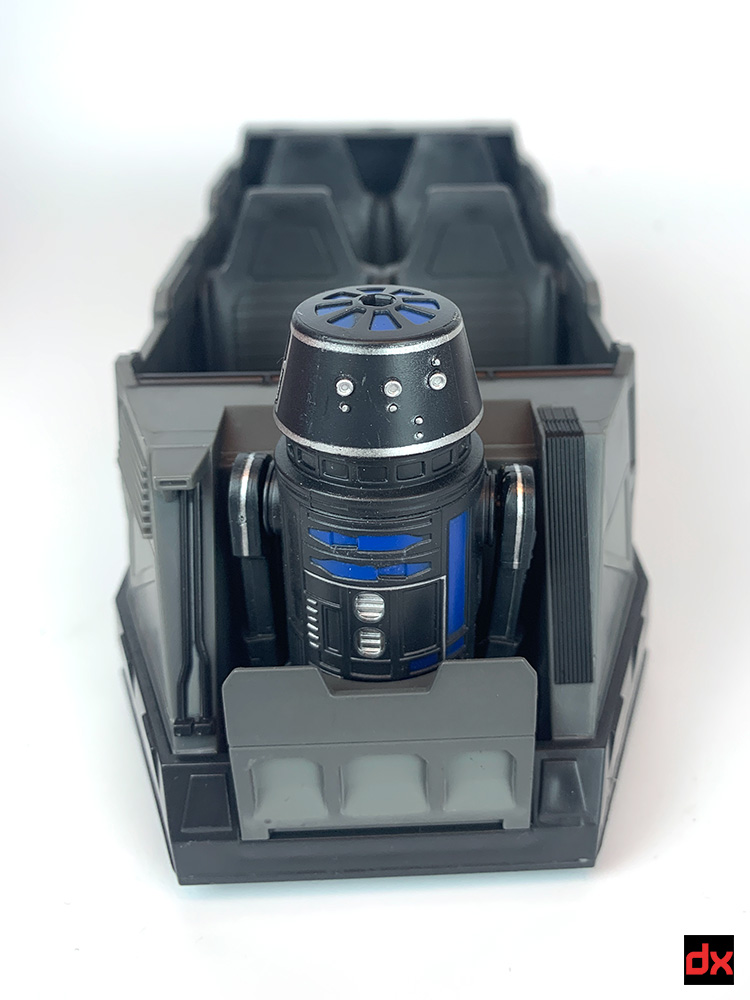 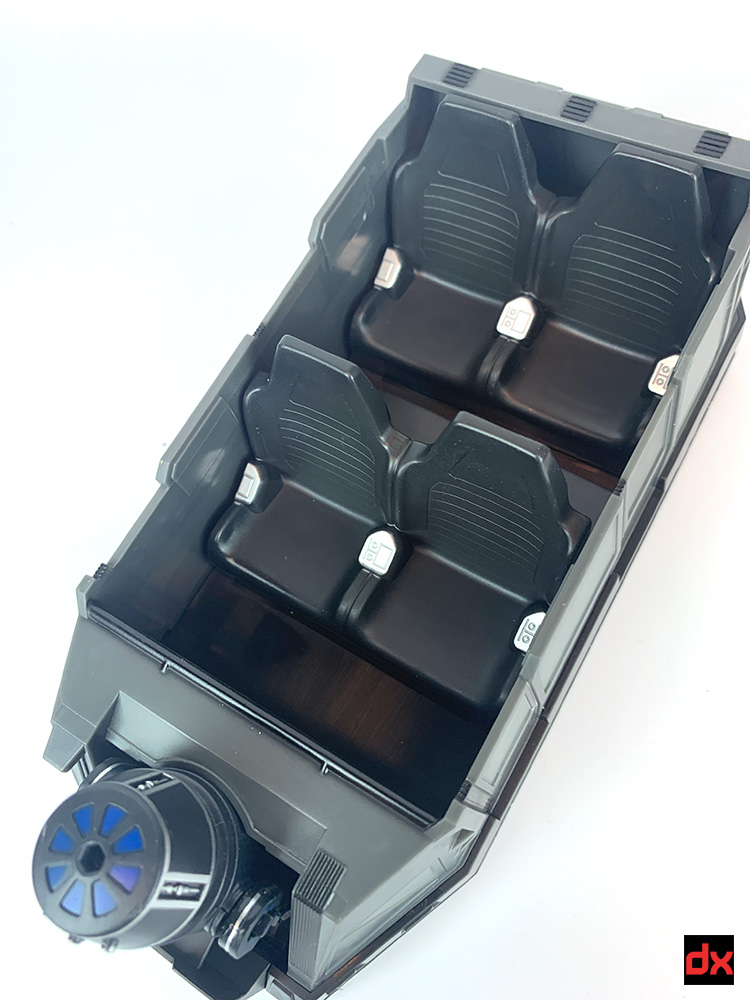 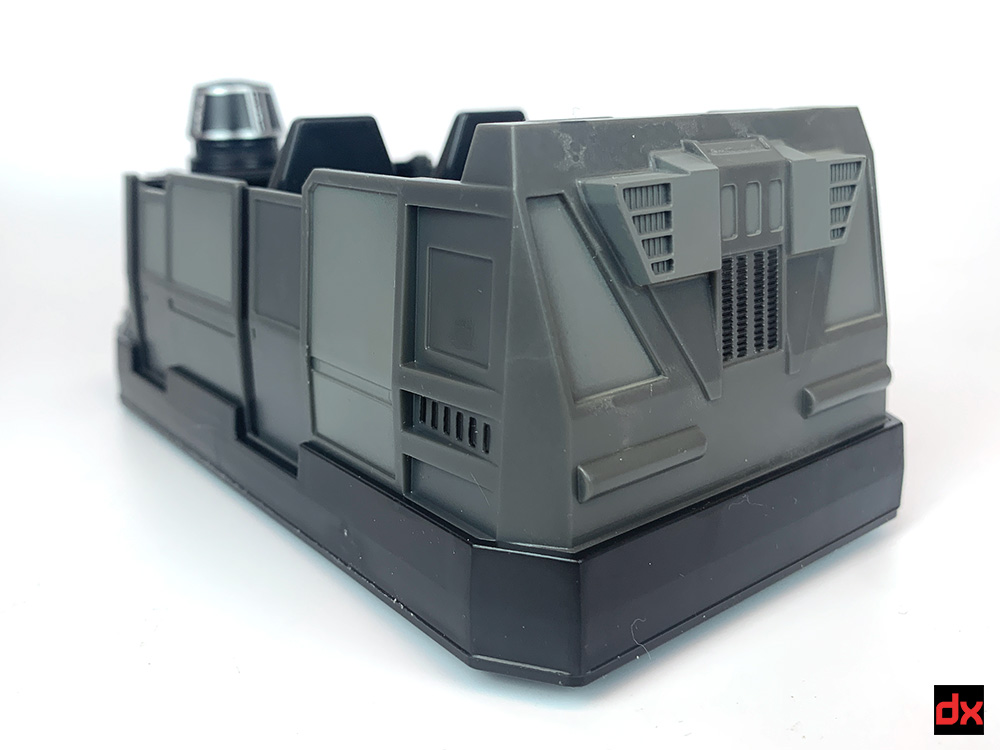 The droid is one of the Droid Depot droids that you can take apart. It's an R5-series droid, but I don't know it's specific number. 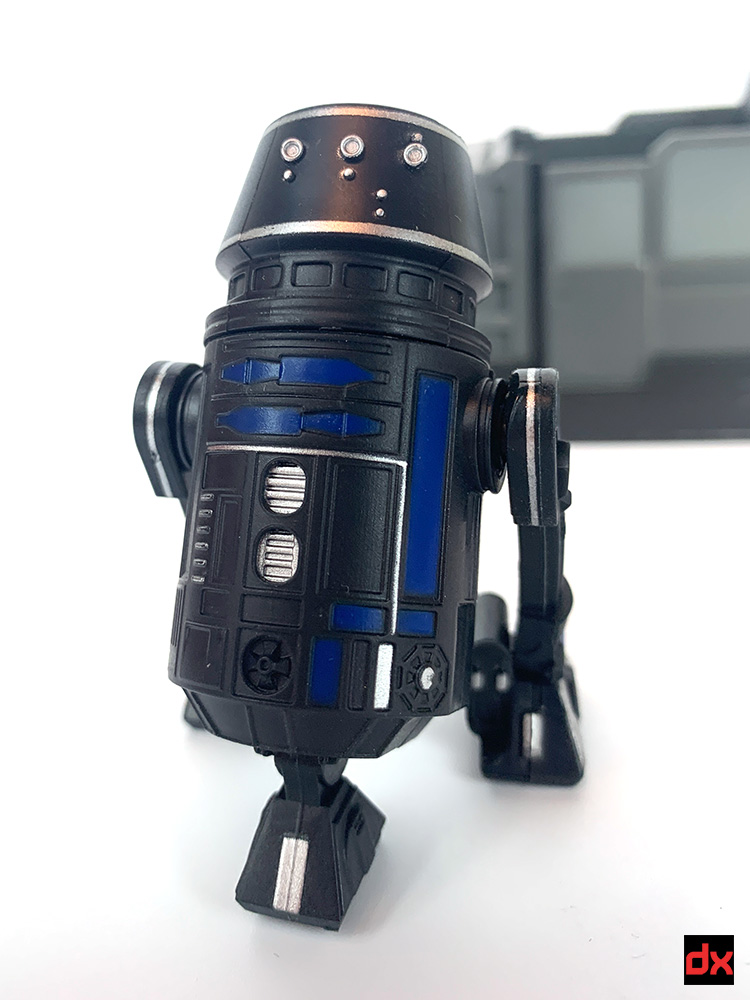 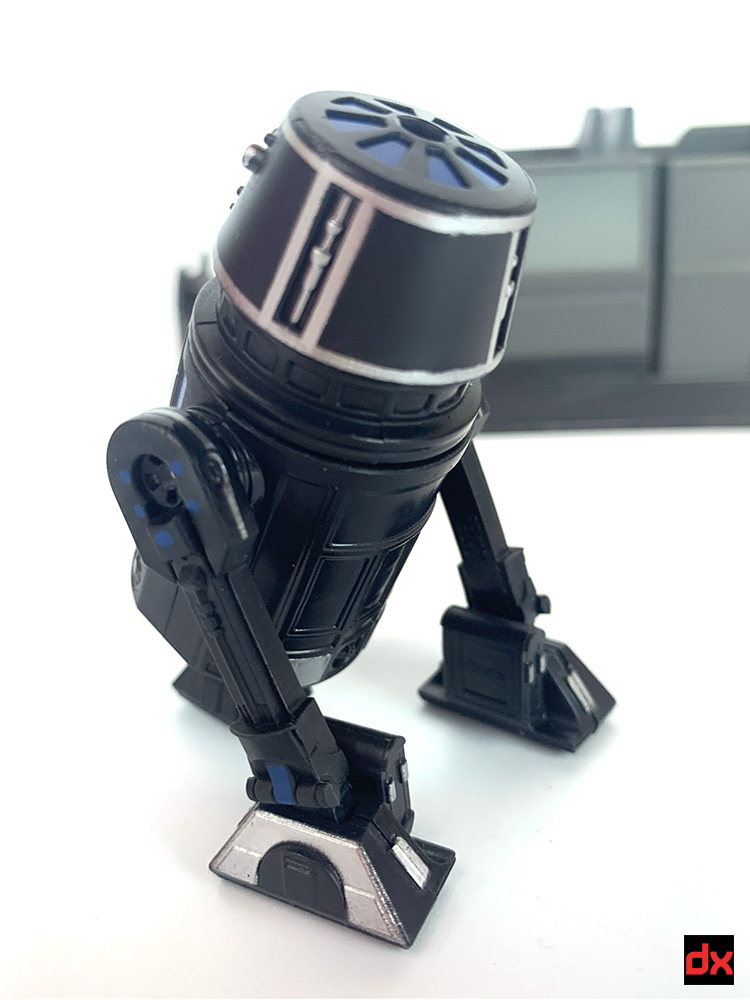 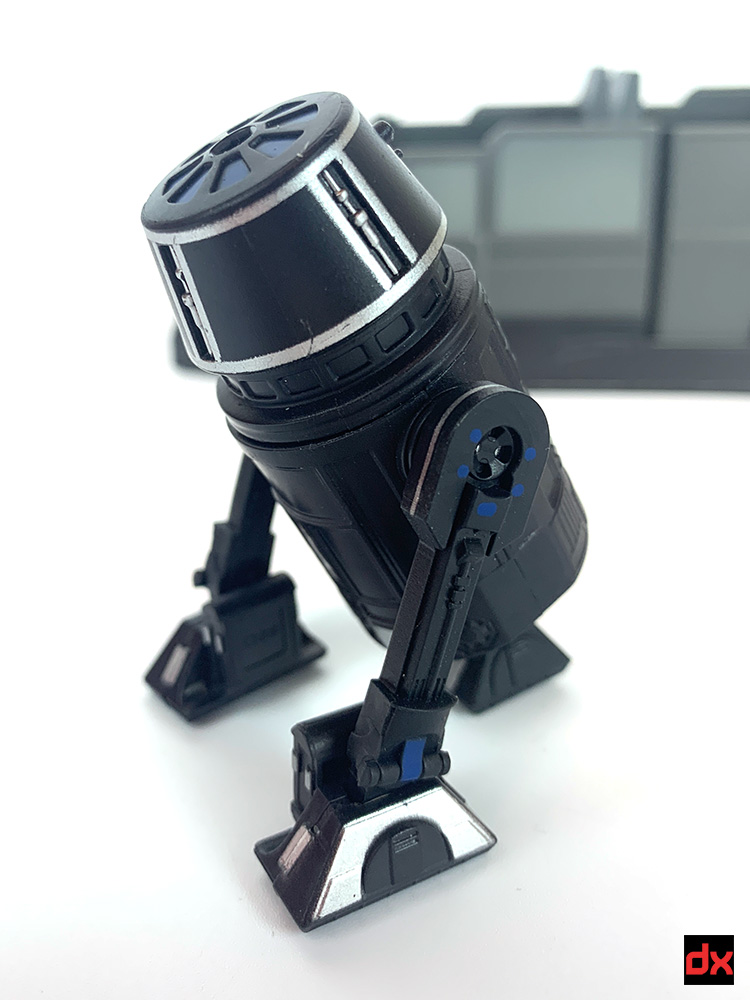 This droid actually has color for the mechanics under the dome. 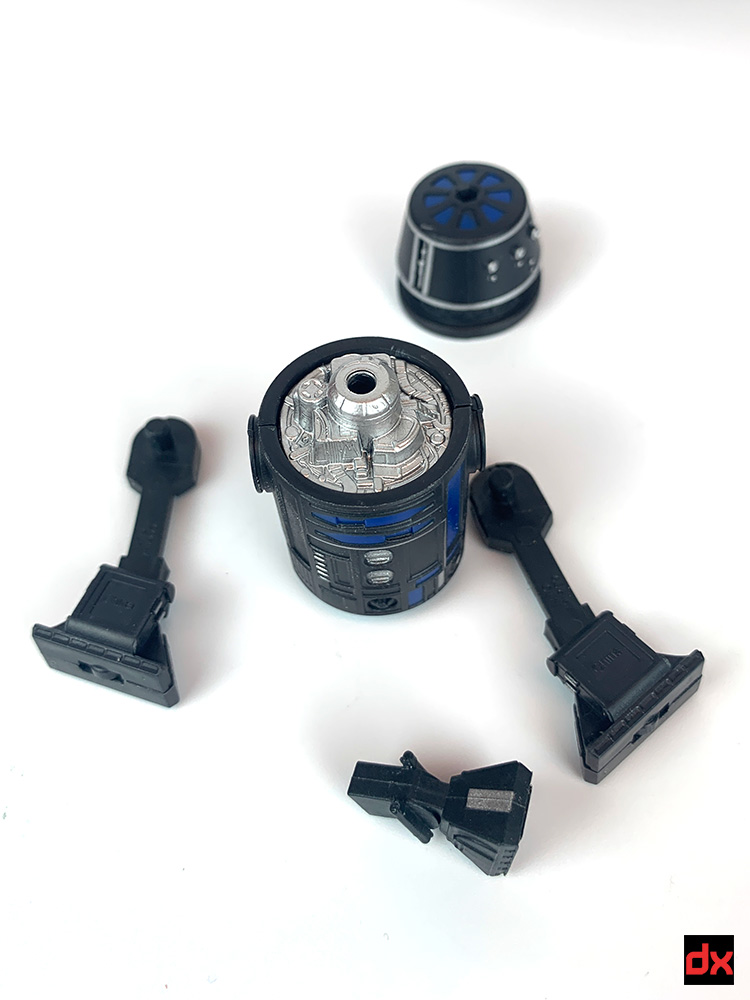 It's a super cool set. It's a little expensive at $75, but for a theme park exclusive it's not too bad I guess. I'm still trying to figure out how to display it, but I really dig it. 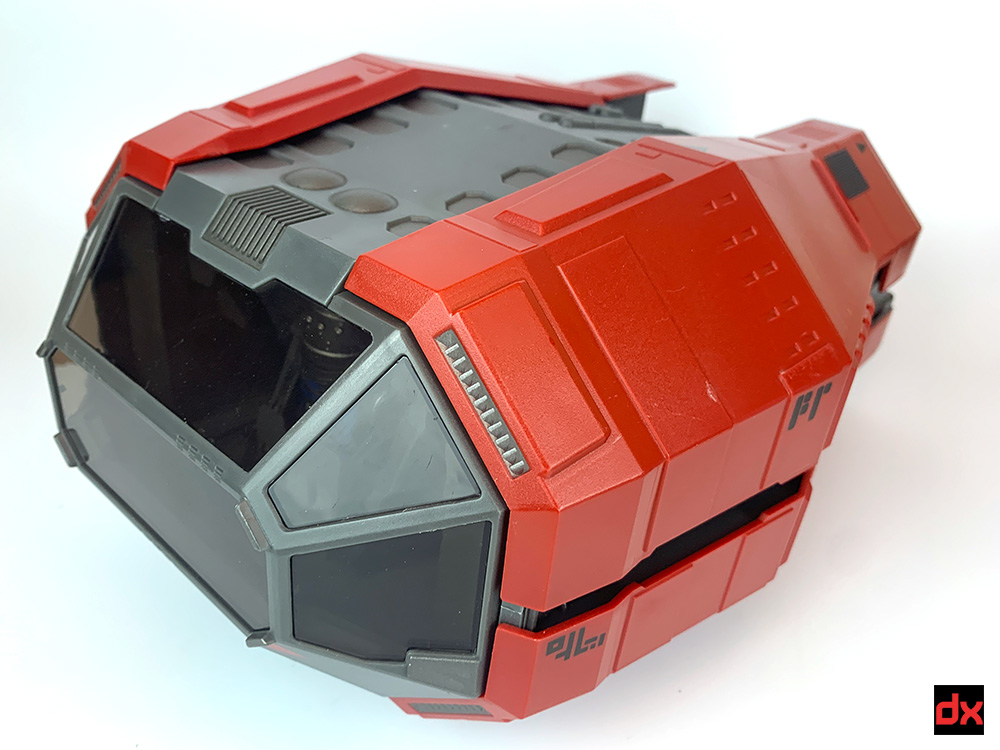