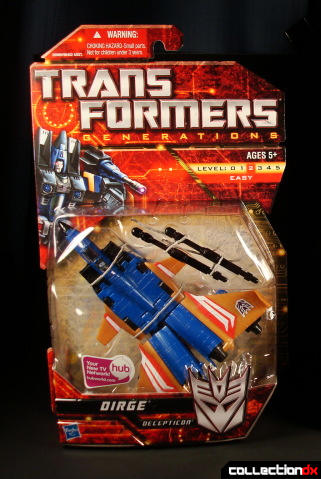 We'll start out in it's default out-of-the-box mode. It's your typical, highly knocked-off Henkei/Classics style mold with a couple of wing differences to differentiate it from it's other seeker twins. It's is awesomely done in a color scheme highly reminiscent of it's G1 counterpart. I don't know about you, but I can't get enough of this mold. The blue parts are molded in a pearly blue while the wings are done in a metallic butterscotch color. 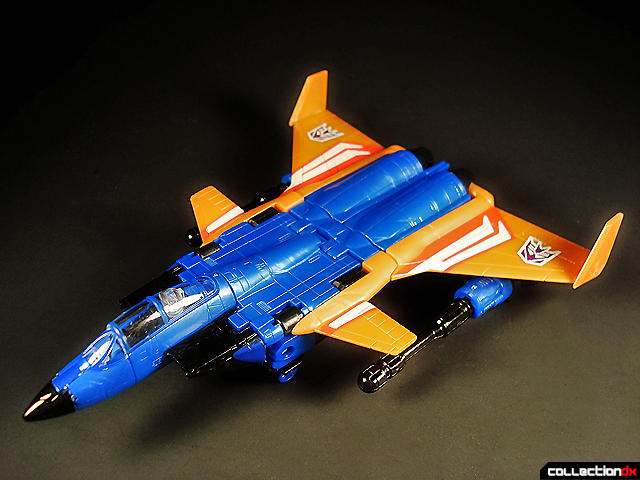 Underneath, you immediately notice where most of the robot mode is hiding. You can even see Dirge's face in this position. 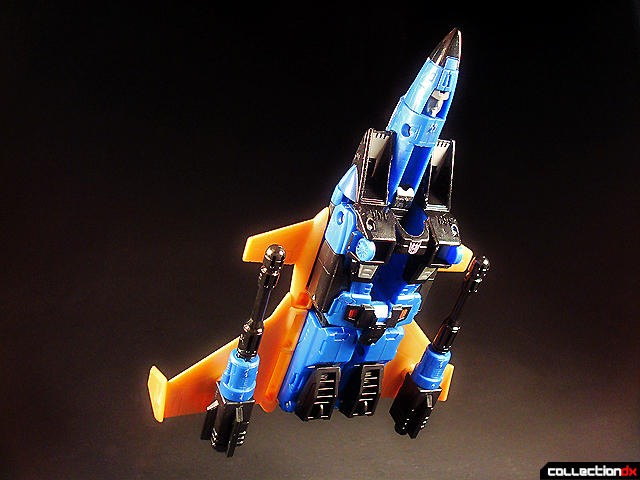 Once you transform him, you are left with a genuine old school style robot mode. It's got a cool blocky type body which most older collectors/G1 fans will love. Movie fans might find it rather simple. 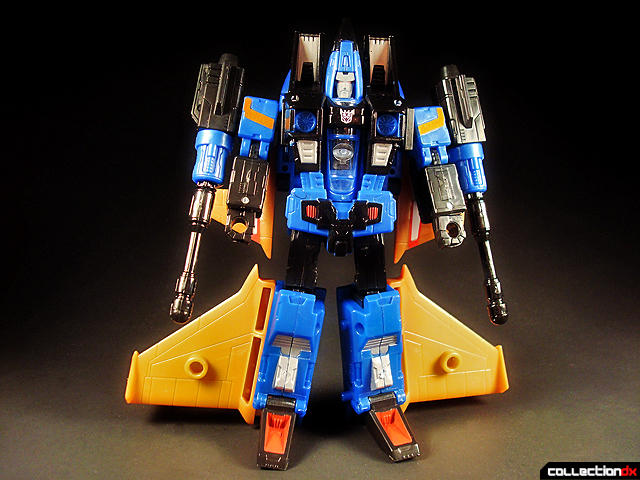 Dirge's back looks very much like his alternate mode...a jet. The big huge bell bottom wings are a tad annoying since they take up space and look awkward. 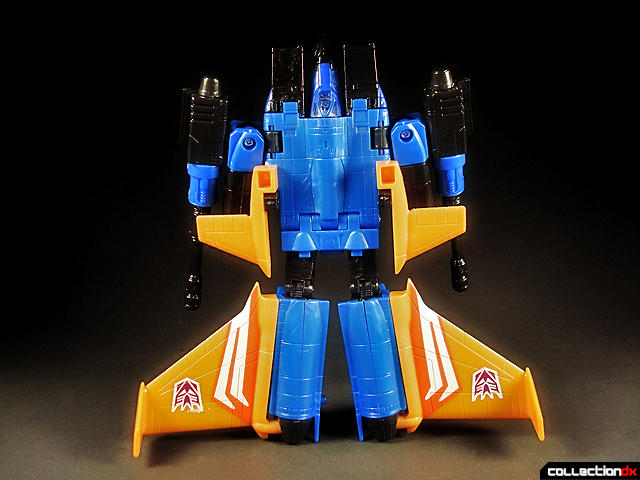 Check out this great Decepticon logo on his chest. I love classic two color insignias. It gives the figure a certain something you just can't capture with a single color paint application.

Not to be left out are these huge Decepticon logos on his wings. Sharp eyed readers will notice that the logo is missing a bit of detail. The center piece on the forehead should have a small white triangle inside of it. Apparently Hasbro realized this and fixed later versions. Some have all 3 logos wrong, some only the wings wrong, some have wings with one of each.

Although his transformation and robot mode are very close to what you would find in the G1 version, there is a lot more articulation to be found in this version. 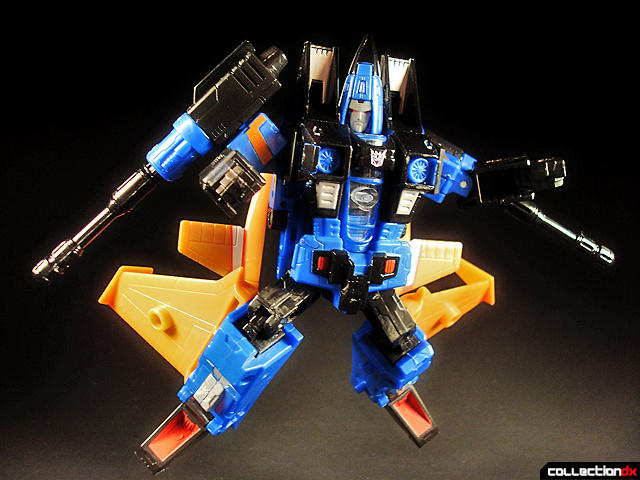 If you are a fan of seekers, you probably already own 32 variations of this mold. If you don't own one, this is probably your cheapest option that is somewhat readily available (aside from Thrust). Even if you don't dig the Coneheads on TV, you'll dig this conehead.

Both Thrust and Dirge definitely are.

no not the toy, he's great. It's ridiculous that these Classics are aftermarket-expensive as they are, and that it took this long for the Seekers to come out to retail. I mean, people are so desperate to get these things they'll buy crappy model-kit plastic versions of the bootlegs for more than a real figure costs at retail. I don't get why Hasbro will complain to fans about sales of the movie toys at the end of the movie cycle when fans have been asking for Dirge here since 2006.