Tockyu Zaurus is a robotic dinosaur that houses the super robot Gyakuten-Oh from the 1982 anime Ippatsuman. I’ve never seen it, but I love the mechanical designs by Kunio Okawara.

Despite never having seen the show, many things drew me to this toy.

The box is classic Takatoku Z-Gokin. Silver sides with great artwork on the front, and cutaway drawings on the back are too much to resist. This particular box has a lot of wear, but it was an impulse buy at Kimono My House a few years ago. As you can see by the price sticker, I paid too much, but these things happen when you are in the presence of Yuki. 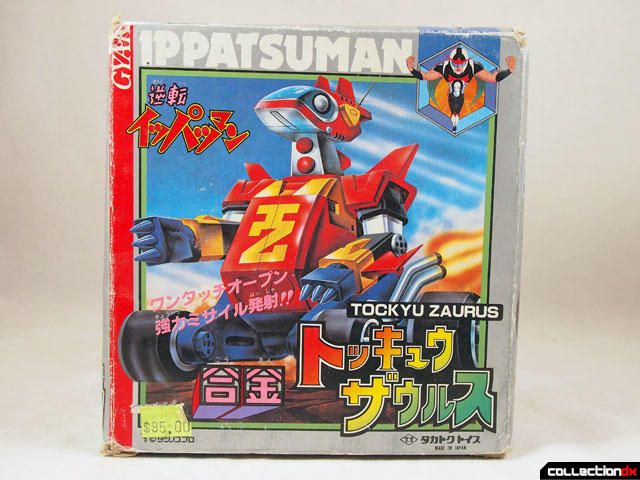 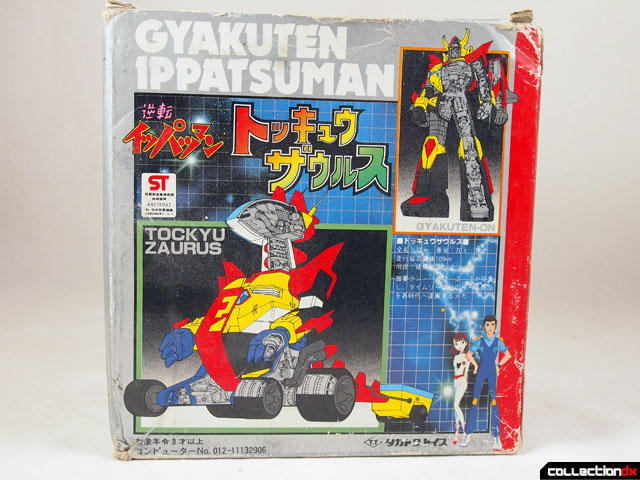 Inside, the toy gleams with coolness, resting in it’s styrofoam shell. 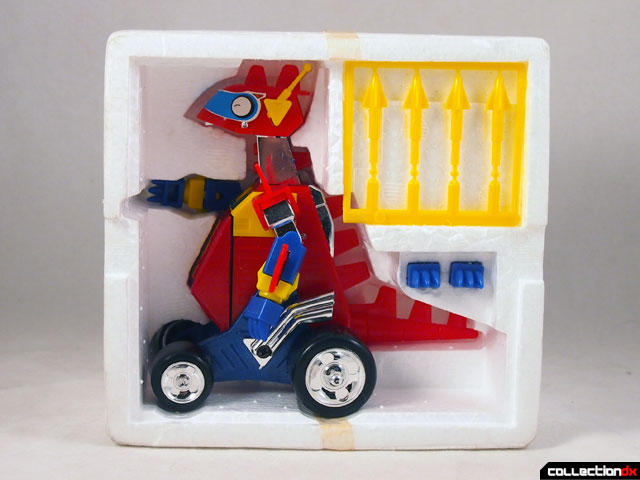 It’s goofy, isn’t it? It’s like a dinosaur hot rod with super robot arms. So many things about this design speak to me. The sad thing is that when it comes down to it, it’s not a very great toy. 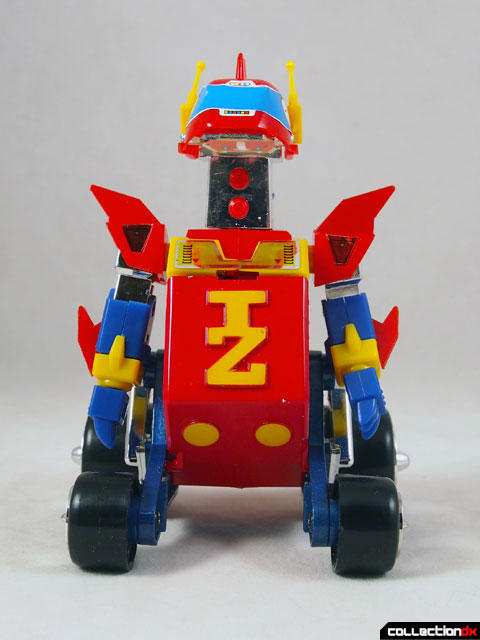 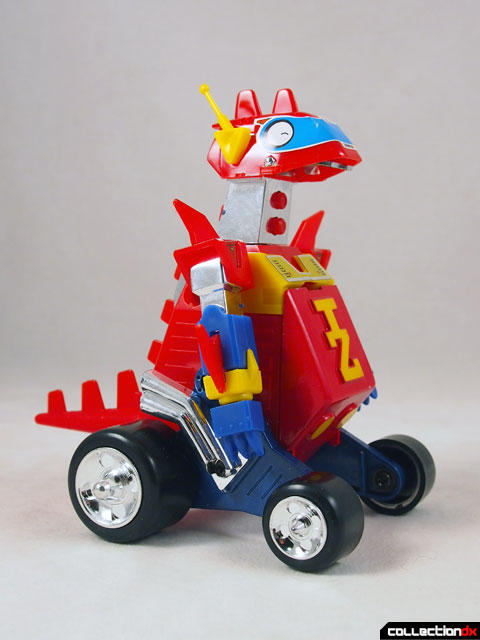 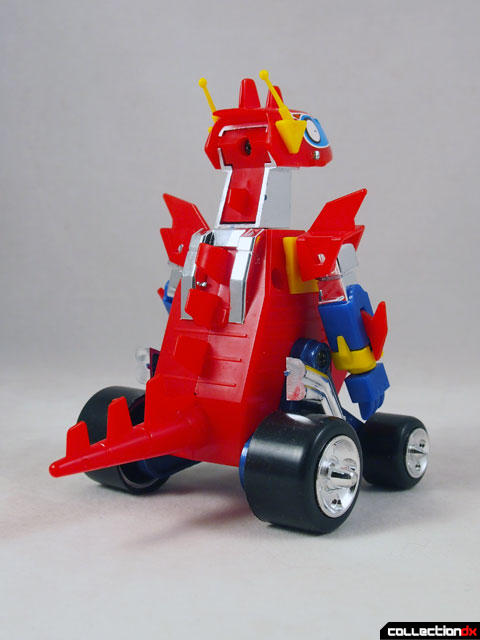 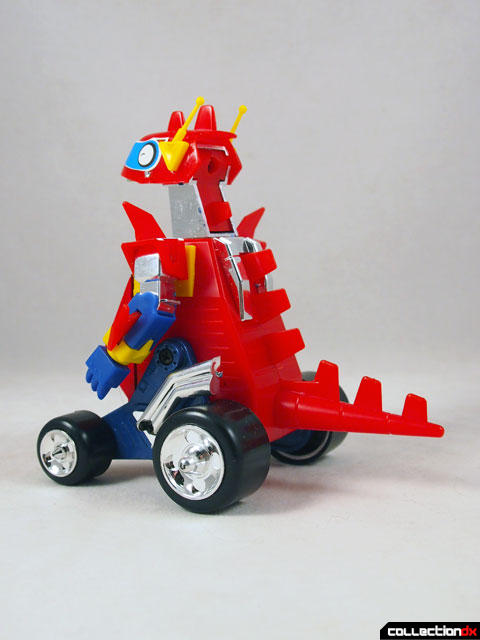 Being a Z-gokin, there’s a fair bit of metal, but not as much as you would think. The blue body sections on the sides and the door in the front are the only metal components. The rest is sharp plastic. 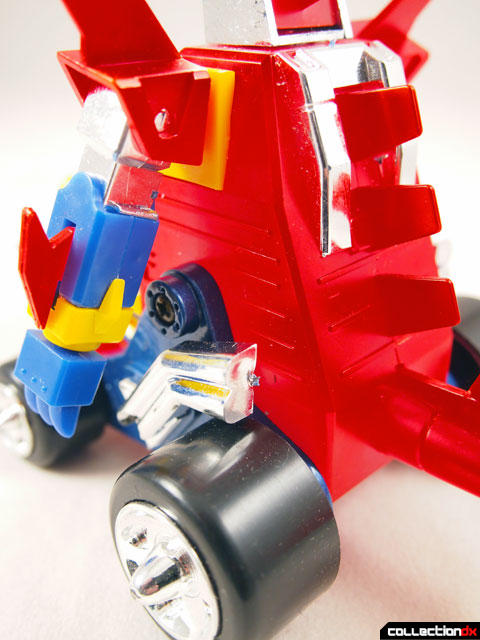 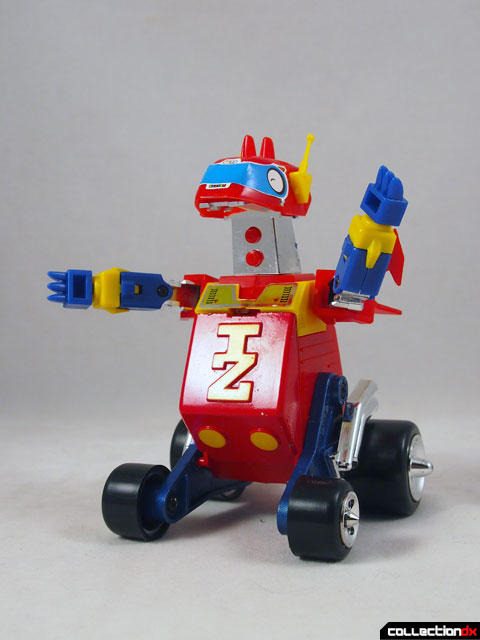 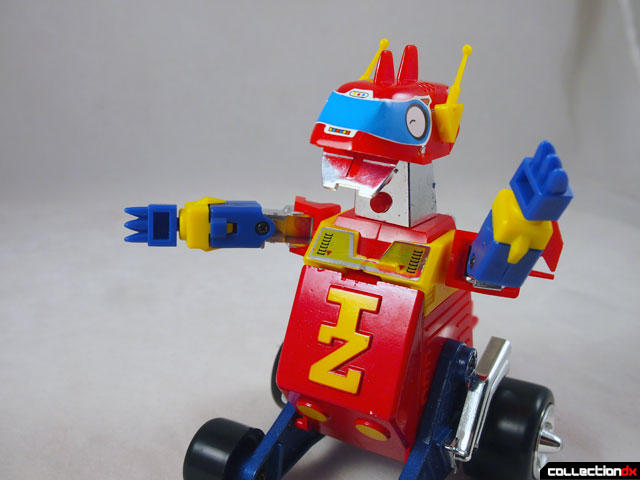 Normally I am drawn to a toy with a lot of chrome, but in this case it’s implimented rather poorly. All of the chrome parts all have sprue marks which makes the edges look bad. Some of the plastic also seems cheap. 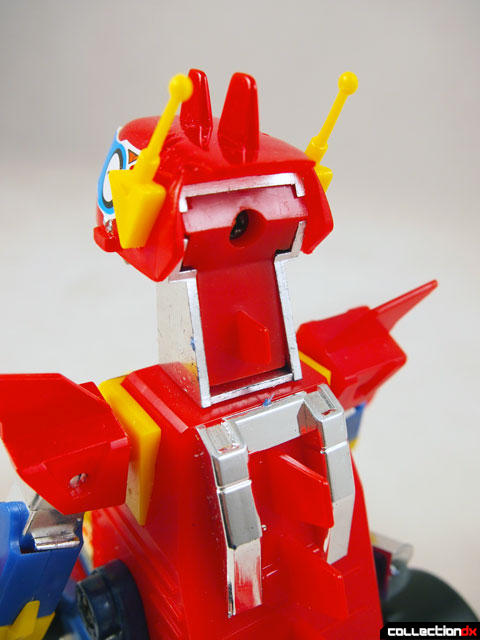 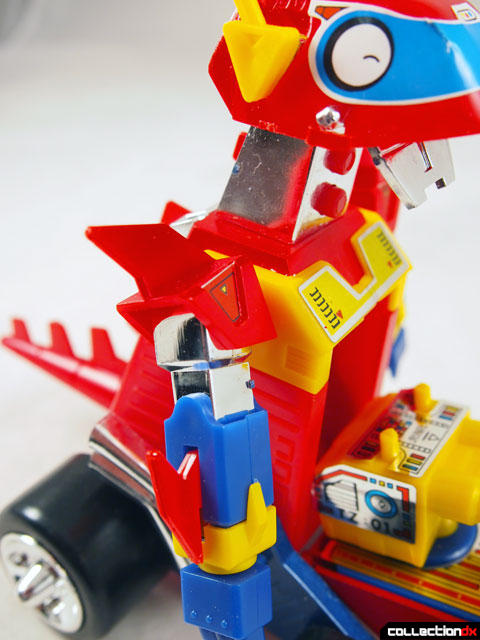 The stickers are also a weak point with this figure. The sticker on the head is just cheap and looks awful. The chest sticker covers an uneven seam between the chest plates and that looks bad as well. 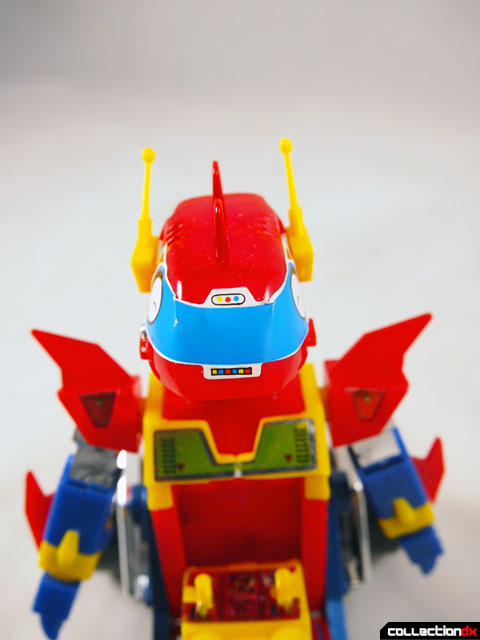 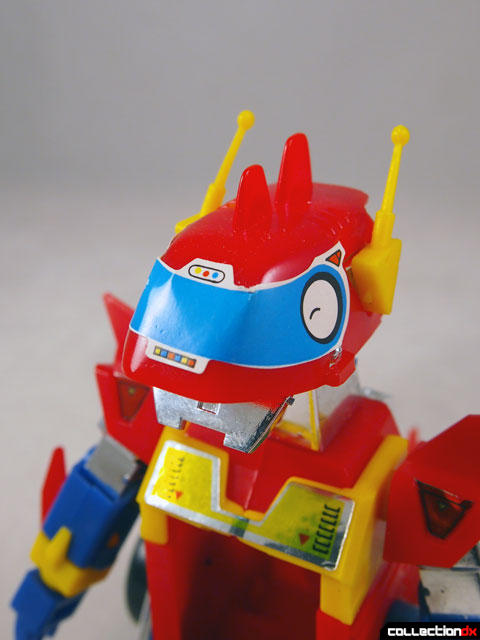 The gimmicks, what few there are, are adequate. The fists fire, as should all fists on vintage gokin.

The heavy front door opens and and reveals a dual missile launcher and more foil decals. 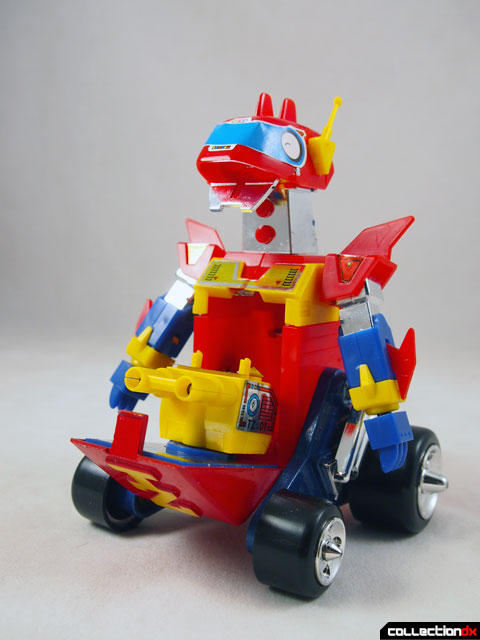 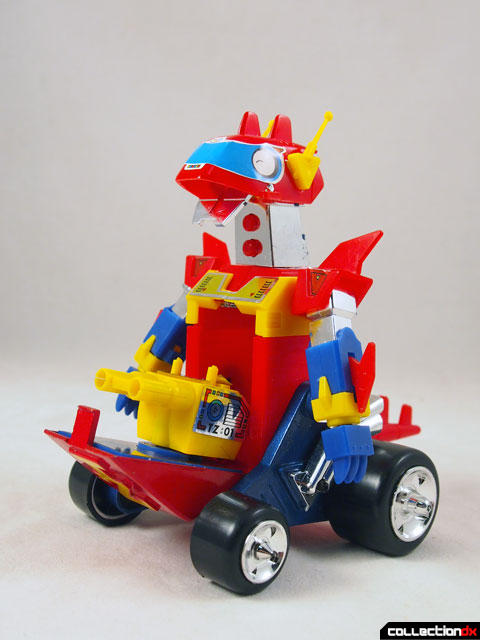 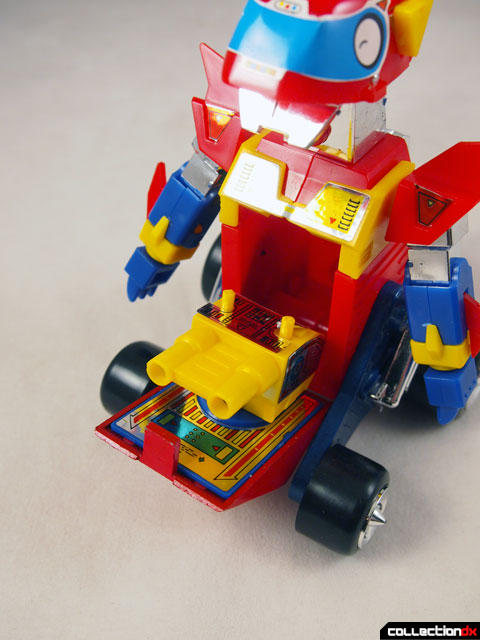 Annnnnd… that’s about it. On the modern version of the toy, included with the CM’s Gyakuten-oh set, you could store the robot inside, open doors, and even lay the neck down out straight.

This one is just a toy representation of this specific form and nothing else.

So this version can't combine with anything else?