Acrobunch: Legend of the Demon Lands, was Japanese animation studio TMS’ lame effort to inject super robots into the then-popular archeology genre of the early eighties. By most accounts it wasn’t very good, but the intro looks cool enough.

Poplar’s Arcrobunch DX toy, the “Wondrous Combination” set, is one of the great forgotten masterpieces of the super robot era. Poplar, an offshoot of the legendary Clover, produced only a handful of Acrobunch toys before folding, but those toys are amazing.

Taiwanese outfit Royal Condor snapped up the US rights to a handful of classic gokin, most notably the Acrobunch and Xabungle DX toys. As far as I can tell, the Royal Condor pieces are identical to the originals except for manufacturing marks. 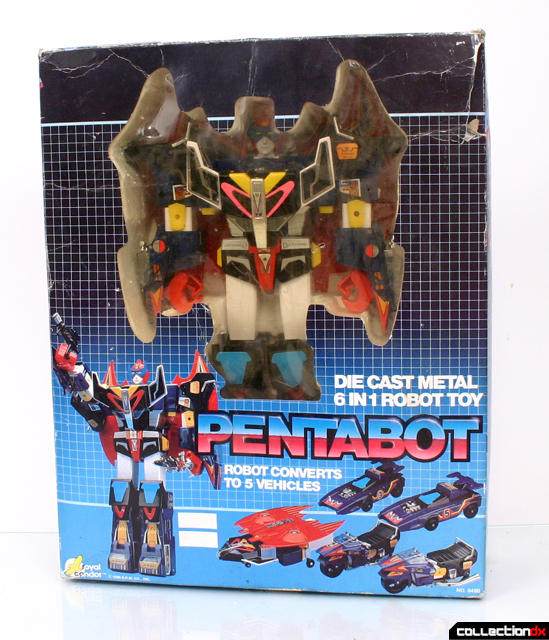 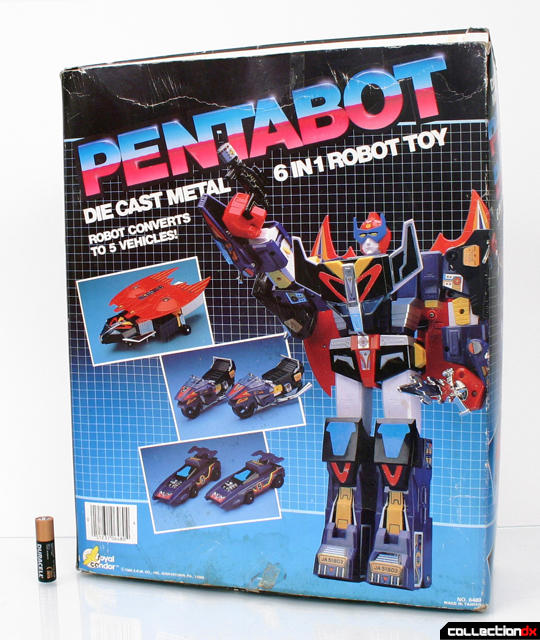 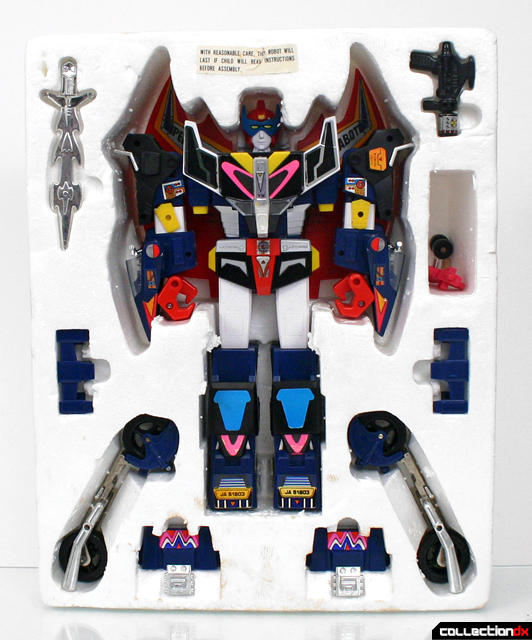 Acrobunch is, above all, a funky, funky robot. There’s something unmistakably disco about his styling. His head looks like no other super robot head before or since, with that weird mask and white face. And this is, I believe, the only super robot with electric blue and hot pink details, anticipating the fluorescent colors fad of the late eighties. 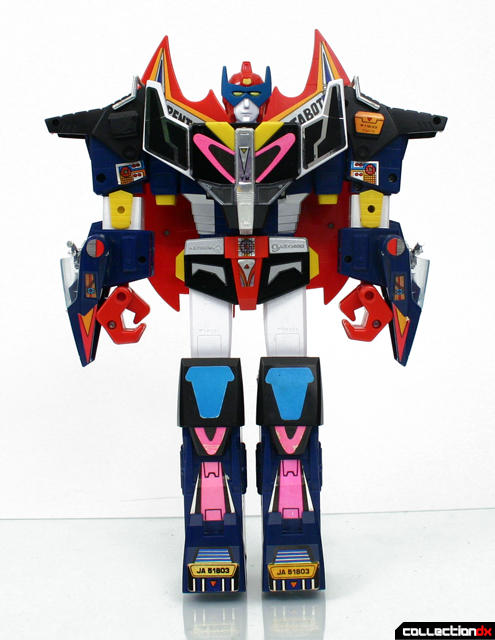 The proportions are exquisite. The materials are top notch. There’s not a ton of diecast (lower legs, structural bars inside the torso), but the figure is solid. The fit and finish is right up there with the best Popy DX toys. This mold wouldn’t have been out of place in the Godaikin lineup. 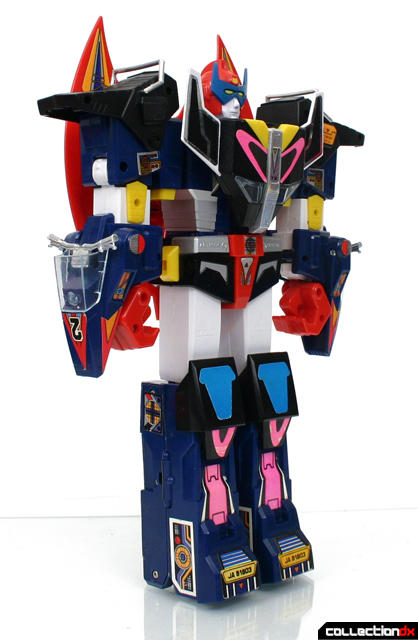 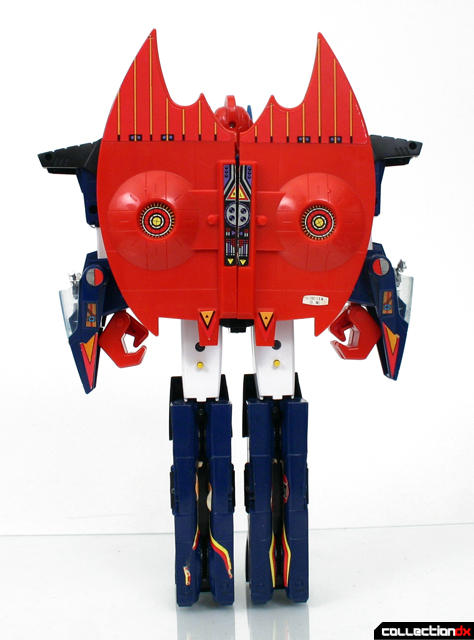 Articulation is par, which is to say, woeful, with only the arms offering any sort of movement. 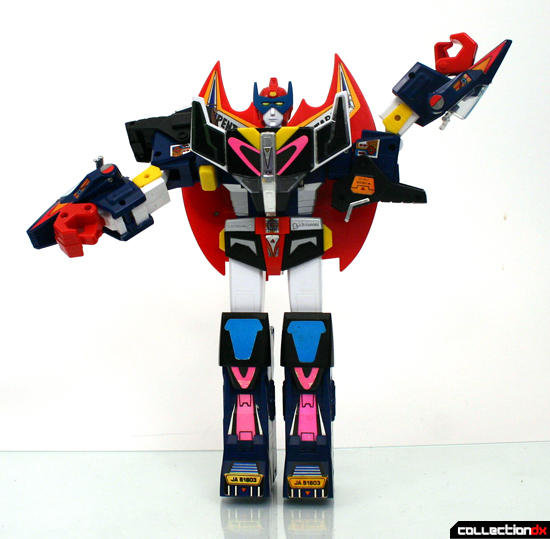 Accessories are minimal, consisting of a gun and sword. 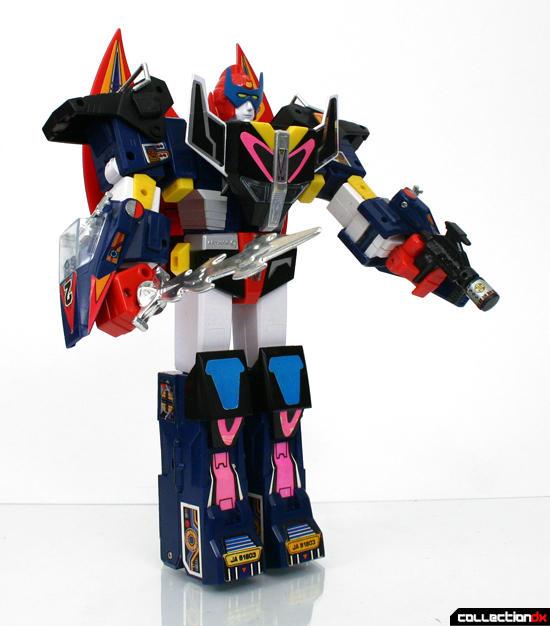 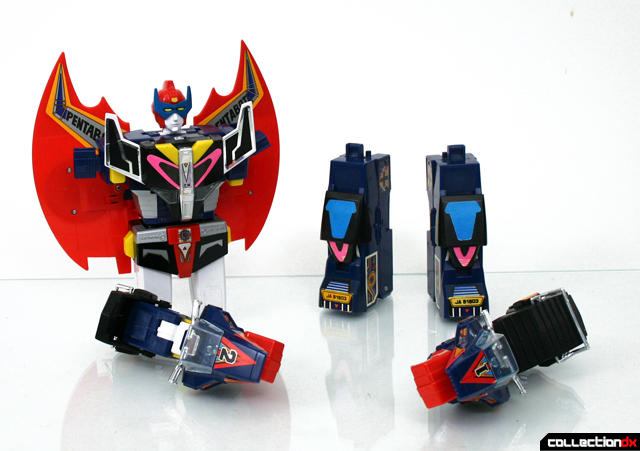 I really dig all of the vehicles. They all have an angular futurism that really appeals to me.

The cars require a couple of additions, but certainly look sharp. The sides are all diecast. And looks at those crazy decals at the front! 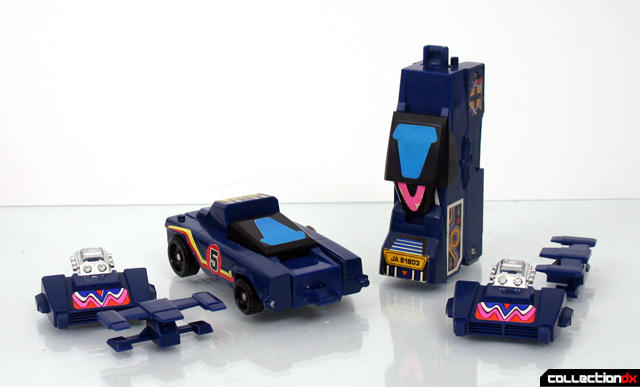 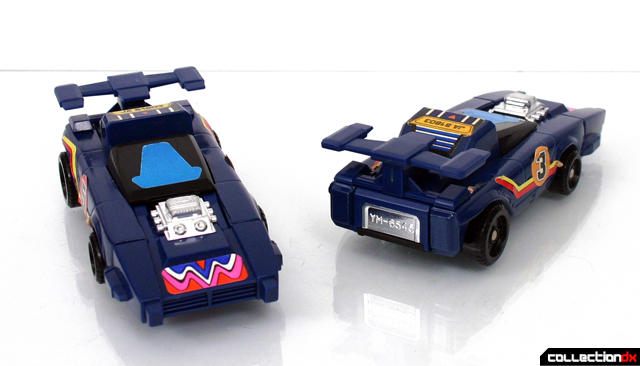 The motorcycles have a separate diecast chassis which plugs into the arm components. Again, sharp. 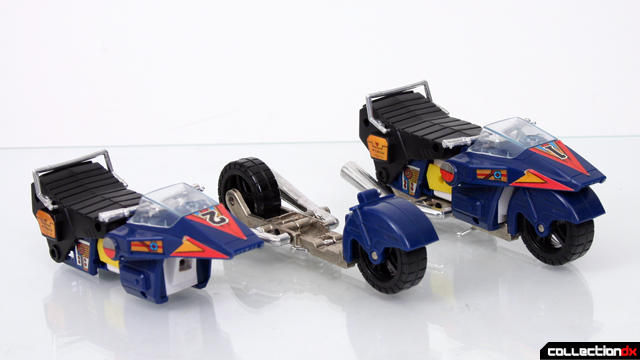 The torso folds into a ship, the weakest of the vehicles. It’s still fine, but a little awkward with that huge wing. 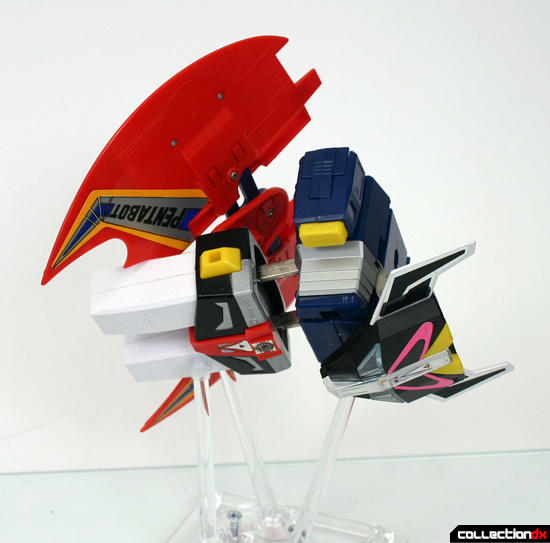 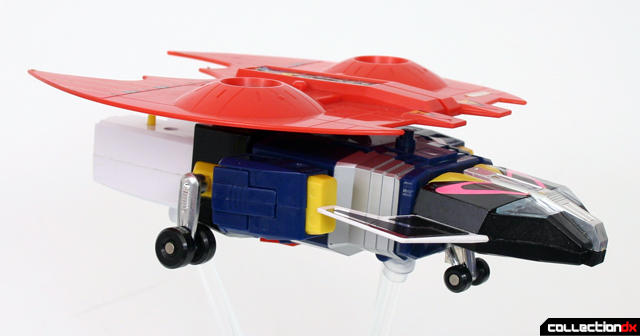 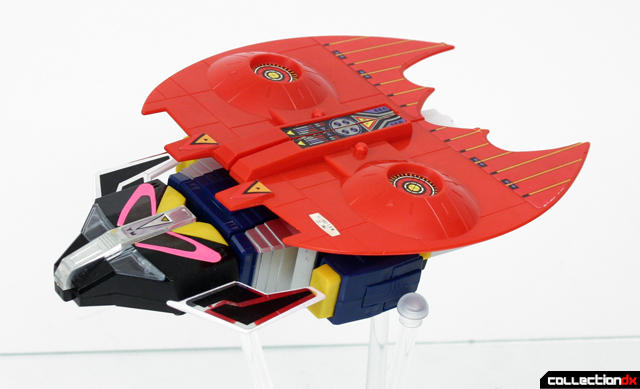 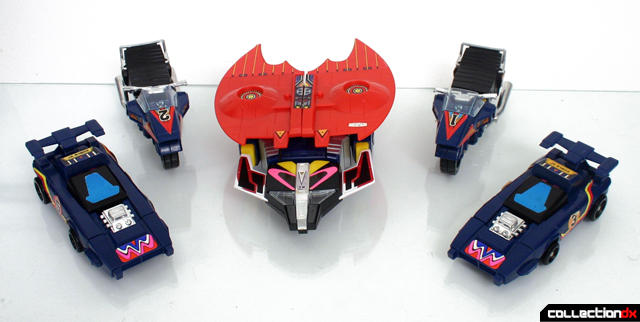 I dearly love my Pentabot. I can’t recommend it enough. This is one of the rare vintage toys whose quality and presence far exceeds its modest station. Pentabot still pops up on eBay with some frequency at reasonable prices, though the supply is rapidly dwindling. 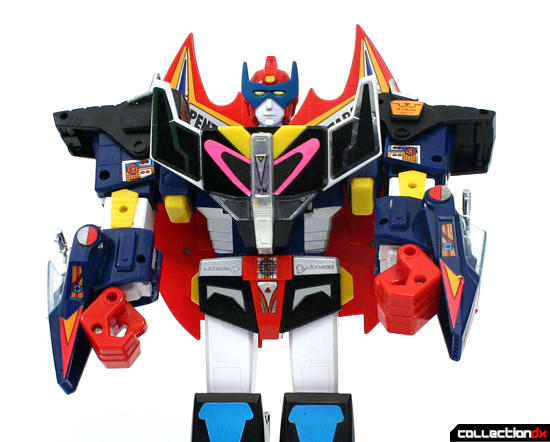 8 comments posted
Wish I could find the rest of it...

I've had the core ship/torso part of Pentabot for years, and have never been able to hunt down the remaining limbs on their own. I sorely want to find those remaining pieces as I feel that this set would have tremendous shelf presence, with considerable mention towards how...ahem....uniquely colored it is.

I always thought that Acrobunch came from the same set of shows as Baxinger, which also had combining bikes.

This was one of those toys that was plentiful available at swap meets and shopping mall outlets everywhere in the 1980's. It was popular and many kids had them, even the kids that were not into robots had them. I unfortunately never got one as I figured I can always get one and also, humorously, because it wasn't a Godaikin!

I do appreciate it now and I wish I had one I should keep my eyes open for one now.

What I did get was the motorcycle Model Kit made by Aoshima with its brilliant box artwork, too bad the model kit was a piece of junk. I have recently found all the parts and I plan to review it here on CDX.

BTW that cartoon looks cool and I would love to see the cartoon. I'm sure the people who say it sucks most likely never even saw it. It just seems to be the ongoing 30 year Mantra of Acrobunch: "It sucks because it copies Raiders..." yet I don't know anybody who's actually seen the anime! I would like to hear some new criticism of the anime from somebody who actually seen it.

The motorcycles are out of scale with the cars and torso-jet!
What madness.

I just discovered in my attic a 1985 Golden Condor Pentabot that I bought for my kids and they never used because it wasn't a brand name Transformer. I think it was out of the box once so they could look at it Christmas day and has never been out of the box since. It's complete, unused and has all the decals in perfect condition. The box is like brand new except that the back of the box has two areas of about 2"X2" where the printing was ripped off when the kids took off the wrapping paper.

I've seen one of these on eBay for $150 with pieces missing. Does anybody know what this is really worth? I'd like to put this up for auction but don't know where to start pricewise. I also don't want to be taken advantage of because of my ignorance, and am reluctant to sell until I get a bit smarter. Any advise?

What your bot is worth is variable. The least arbitrary value is whatever someone will buy it for on ebay. I've seen similar boxed specimens go for anywhere between 50-200 dollars. You could put a reserve on the auction but in my experience it limits bidding. I'd recommend a longish duration auction with no reserve. Take lots of pictures. You'll get what it's worth. There aren't a ton of these left so the higher end of that estimate isn't out of the question. The only way you could be taken advantage of in this scenario is if someone offers you a few bucks to end the auction early. Resist the temptation to do so.