This soft vinyl toy comes from a new company called "70's Memories Recall" which I believe is out of China - I honestly can't find much information about them, not even a website. For what I assume is their first release, they decided to produce a retro-style sofubi of the unloved character Diapolon from the 1976 show UFO Warrior Diapolon. I'm not sure why Diapolon isn't as loved as Gaiking or Combattler-V which aired the same year, but there really hasn't been many modern interpretations of the character in recent memory.

The toy comes bagged with a header card. Simple, and unremarkable. 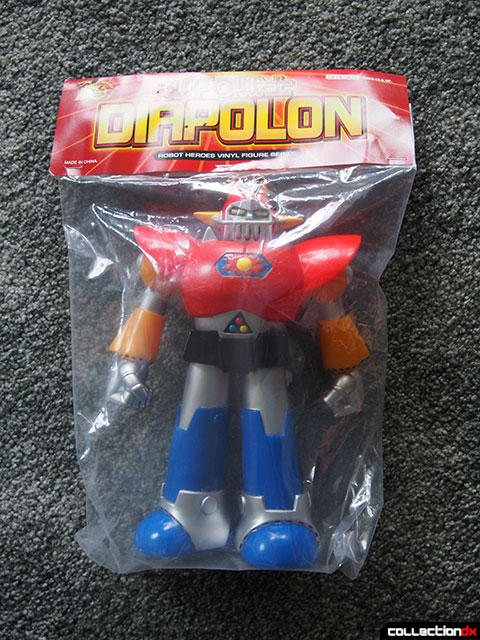 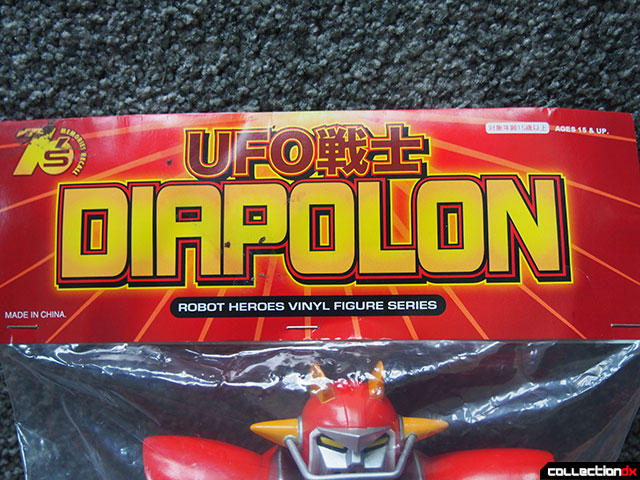 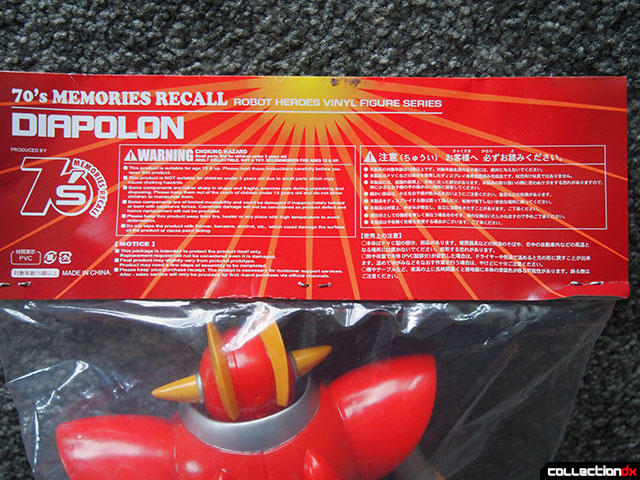 At 10.5 inches tall (270mm) Diapolon is a hefty vinyl. He has a great presence with the bright colors and commanding sculpt. 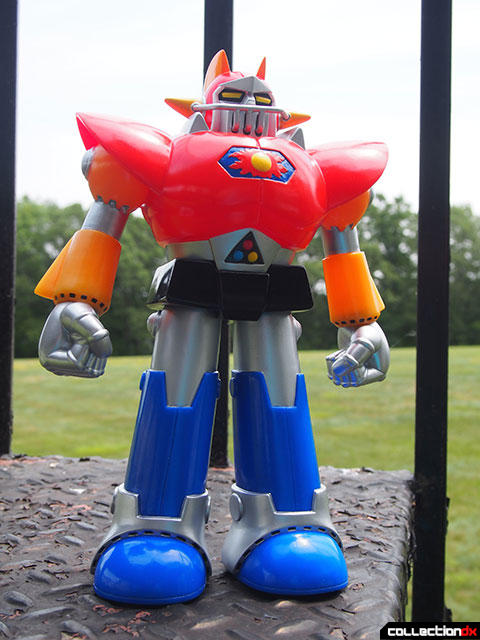 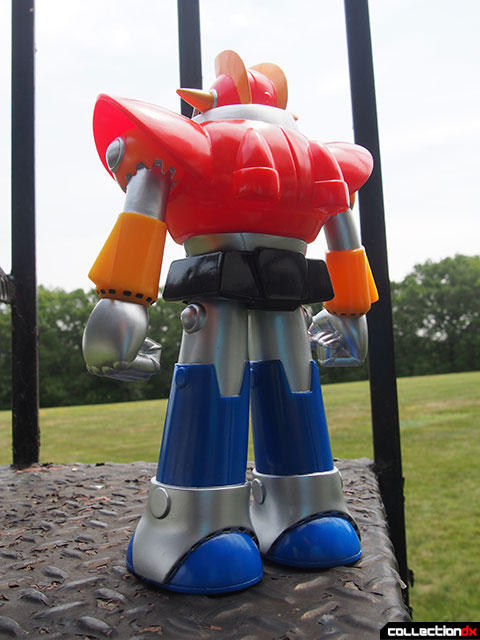 Diapolon is a super robot inspired by American football, so the head design is a mashup between super robot and football helmet. It somehow works. The head is soft vinyl while the front grill is a harder ABS plastic. The head rotates. The paint is super-sharp. 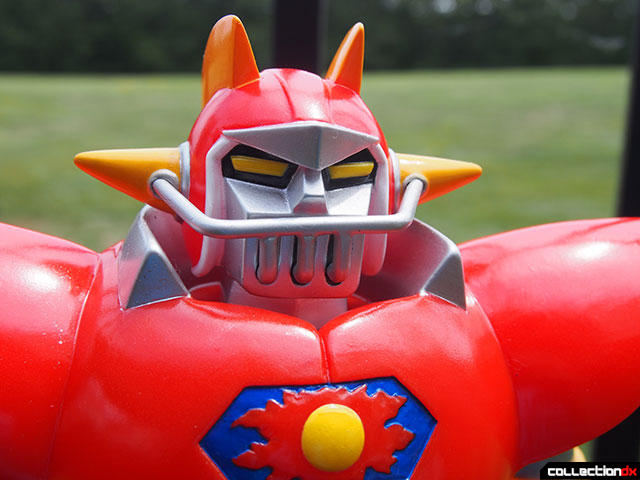 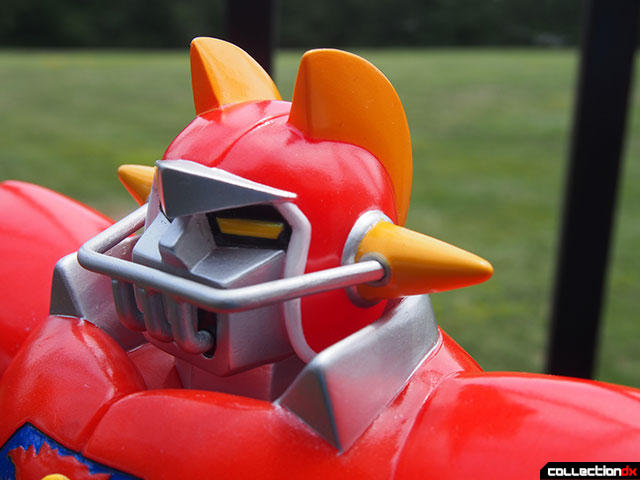 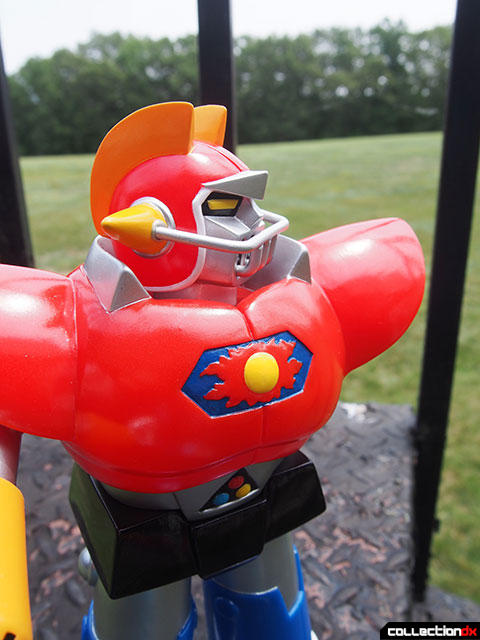 Movement is limited to the head, shoulders and hips. There's not much you can do with it, but that's typical for the type of toy that it is. 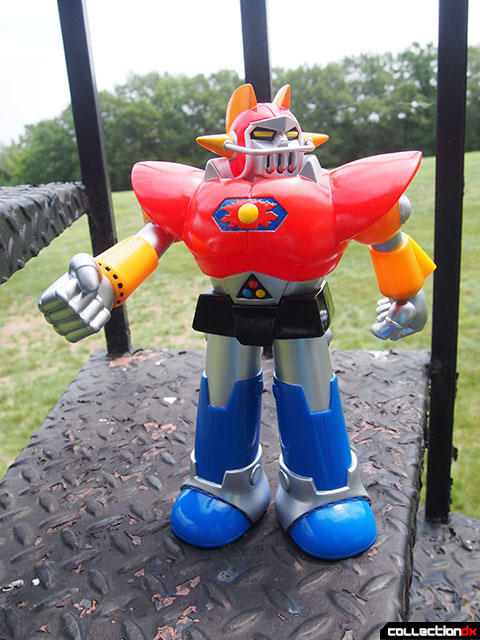 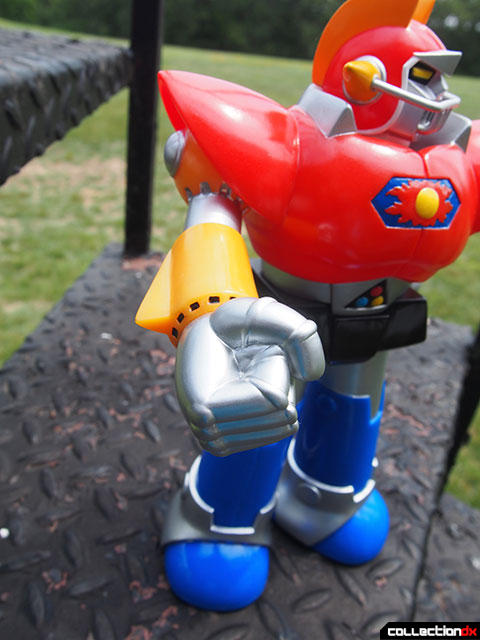 Check out the paint detail on the little vents around the feet and hands. Razor-sharp. 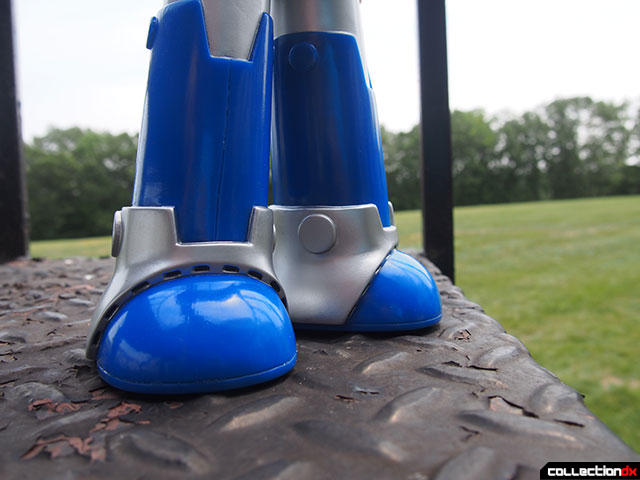 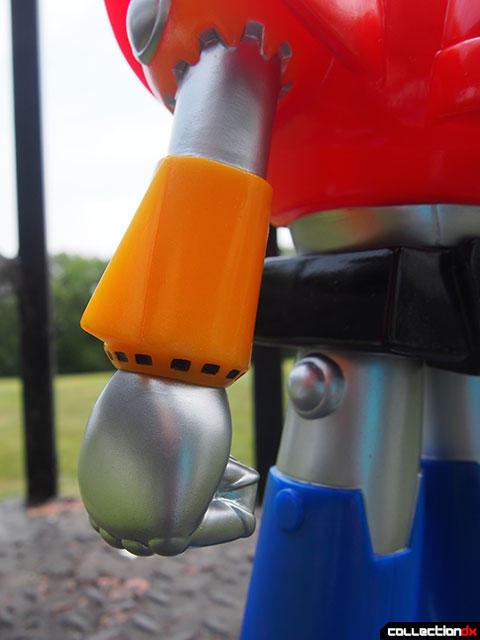 Maker's mark on the feet: 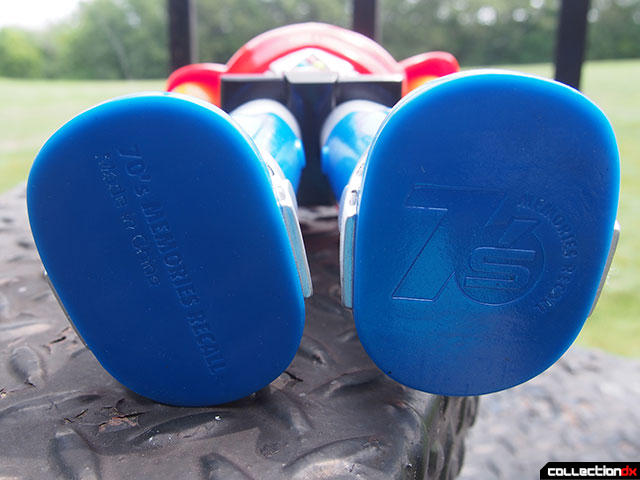 The detail on the chest and waist is nicely done. 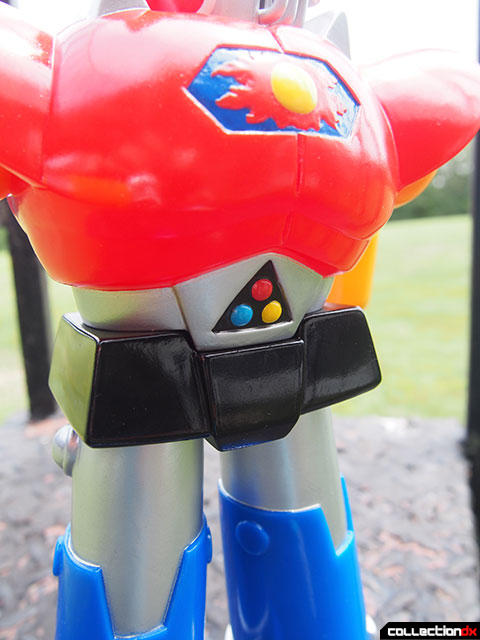 Diapolon is retro sofubi done right - it's a beautiful figure but sadly its of a character few people collect. And at $129 USD it's a tough sell. 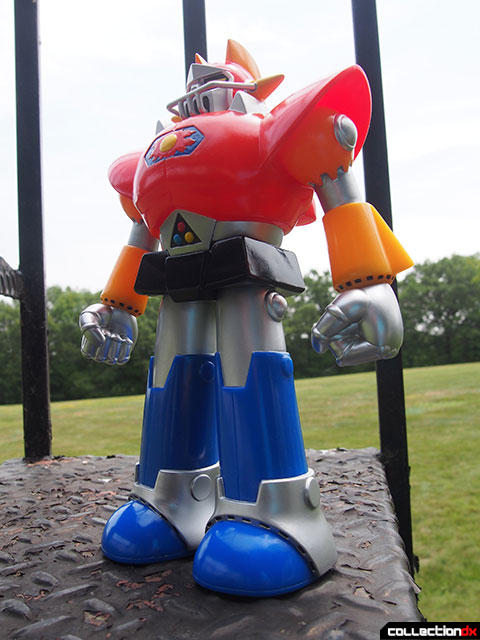 Diapolon isn't as popular because for one, it wasn't animated by Toei (like Gaiking and Combattler V) nor the toys made by Popy and two it's the most ridiculous super robot ever. When the three robots that form Daipolon, the main character doesn't pilot so much as he actually GROWS inside and the robot becomes a suit of armor (don't ask me where all the internal parts of the robots go).

There was a compilation movie that was released in the U.S. for Diapolon called Shadow World that actually wasn't half bad.