Diablolus Rex is Master Minds third SD styled transforming robot. Master Mind is known for doing highly detailed, Super deformed versions of massive robots, with the SDF-1 and Metroplex being the first two. Diabolus comes packaged in a large, medium weight cardboard box with window flap front. It features Diabolus Rex on the front flap, and Megatron on the back of the box. 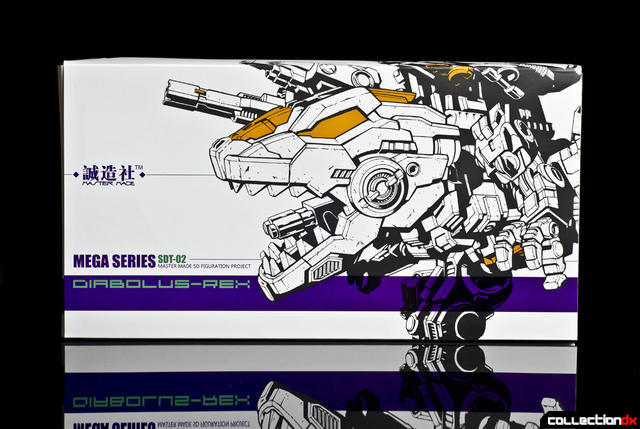 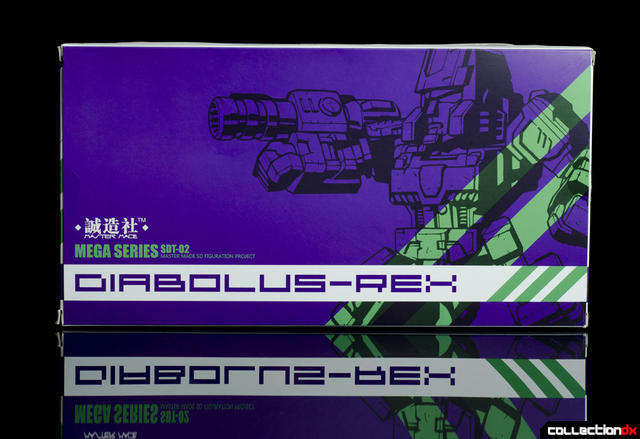 The box contains the base figure, a (non transforming) SD Megatron minifgure, 4 small turrets, 2 rocket pods, 2 medium lazers, two large lazers. and a mounting rack for the weapons that doubles as landing gear for the space ship alt mode. All of the weapons attach to the figure via 5mm pegs and can be attached anywhere on the figure. This allows for a wide range of customization. The weapons can be attached to any figure with 5mm ports. 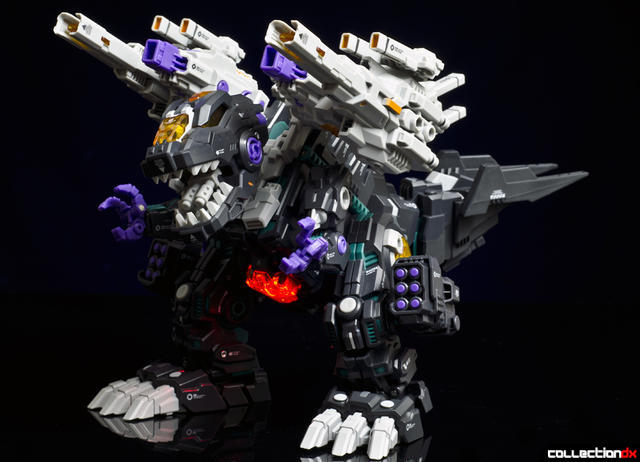 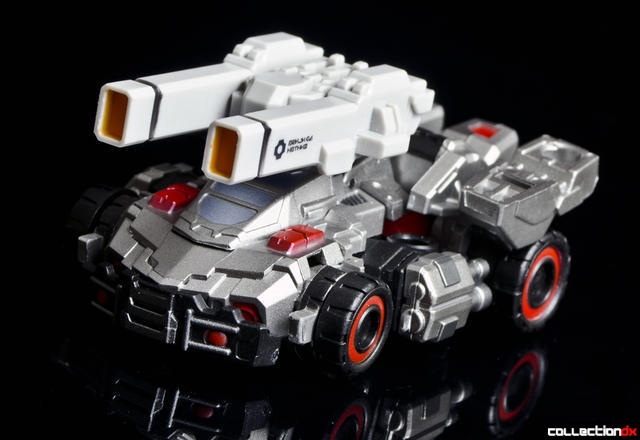 The figure itself is highly detailed, and sports an enormous amount of paint apps, and tampos. There is an incredible amount of part separation and colored plastic in the figure. 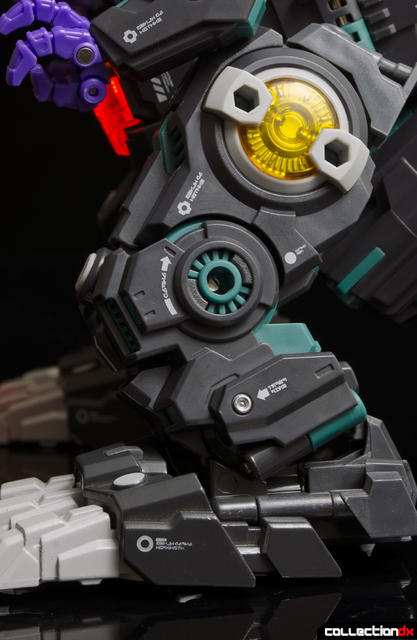 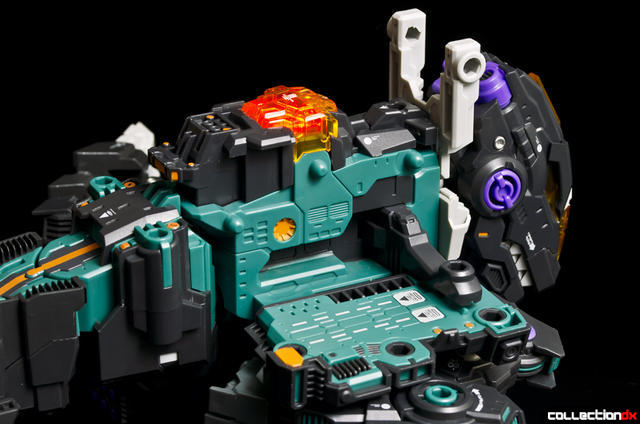 The figure has several gimmicks, these include a chest mounted LED (2 LR44 batteries not included), eyebrows that raise and lower as the mouth is opened, and a nose mounted lazer cannon that opens when a tab is pushed forward. 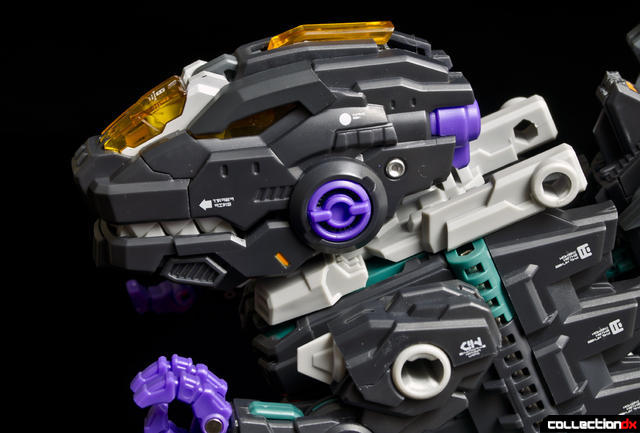 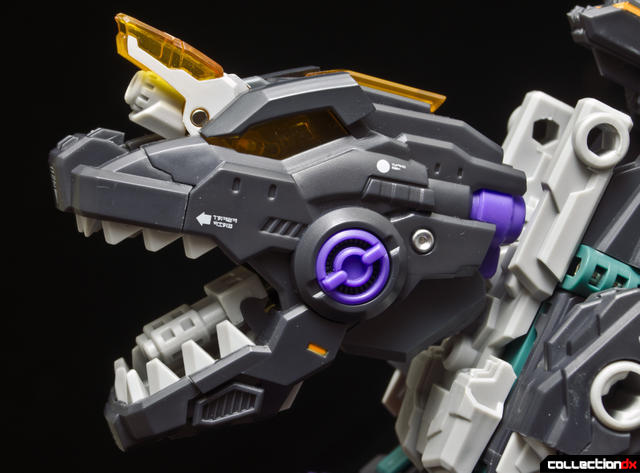 The figures primary alt mode is an artillery embankment / base mode. 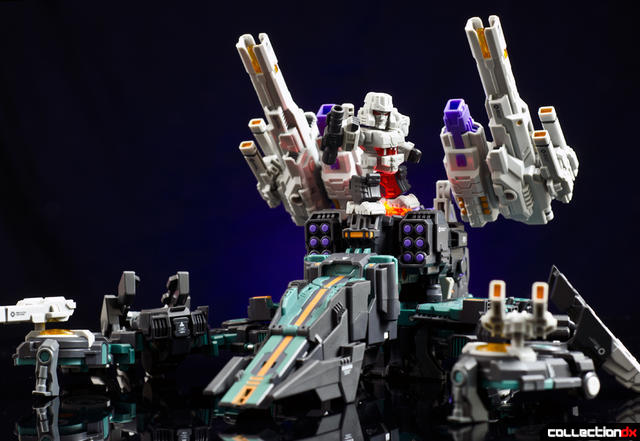 The transformation is very simple, but fun, the body and legs split in half and unfold. The result looks nothing like the original figure, which is amazing for such a simple transformation. 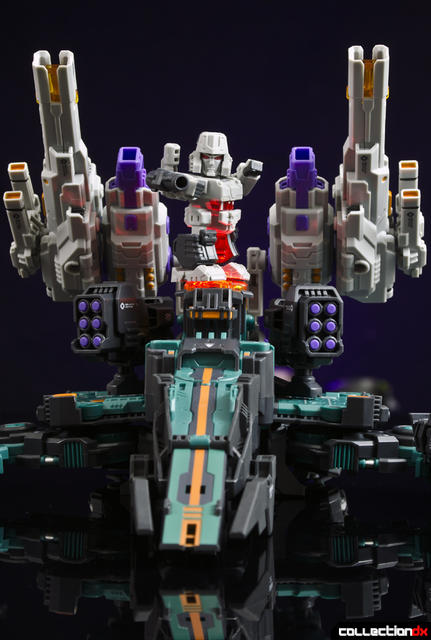 The secondary alt mode is a space fighter. The fighter is definitely the weaker of the two alt modes and kind fo just looks like a flying space wedge. 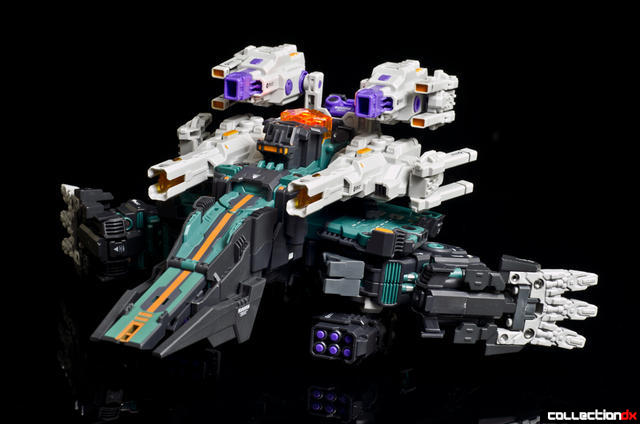 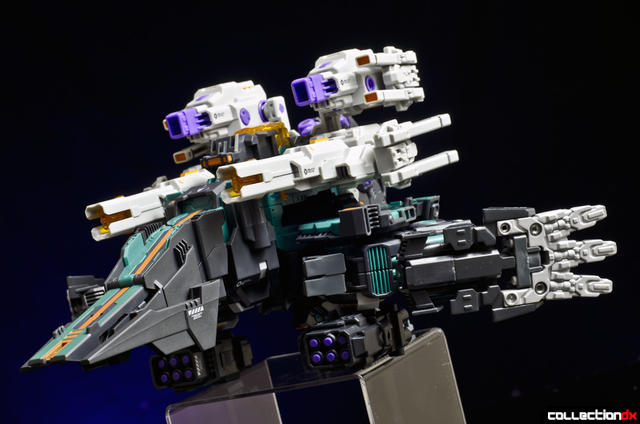 Both alt modes suffer from visible head syndrome, but being an SD figure, it's to be expected. 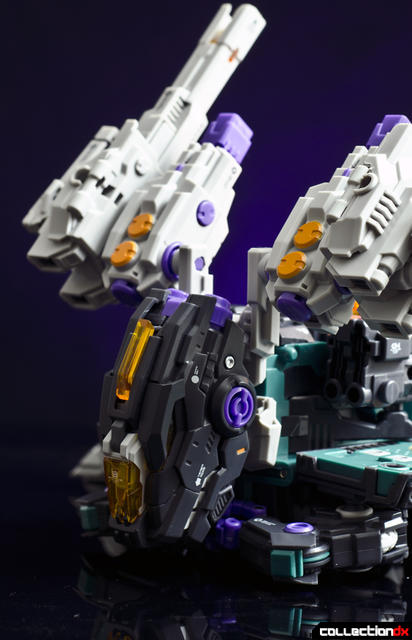 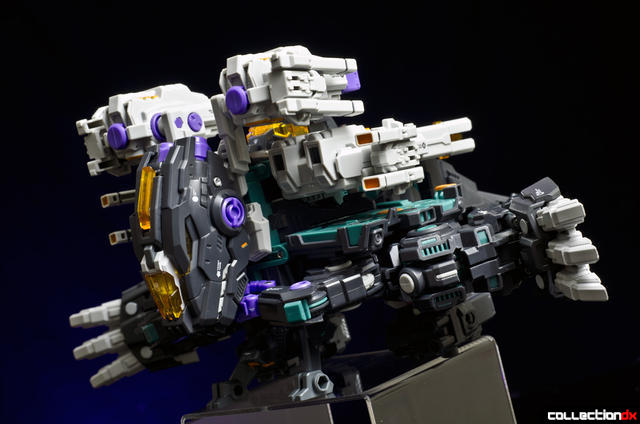 The figure has fantastic articulation in dino mode. It can be posed in both upright "Godzilla" style poses, or forward leaning "T-rex" style poses. The legs have a wide range of motion that allows it pull off nice wide stances. The head is on a triple joint, and provides a vast range of movement. The tail is articulated in two places. With no weapons attached, Diabolus looks very much like a baby Trypticon, once the weapons are attached though, he takes on a very "Zoids" appearance. 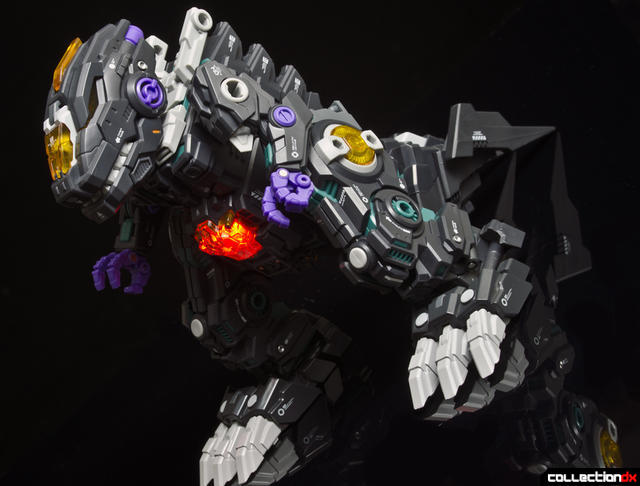 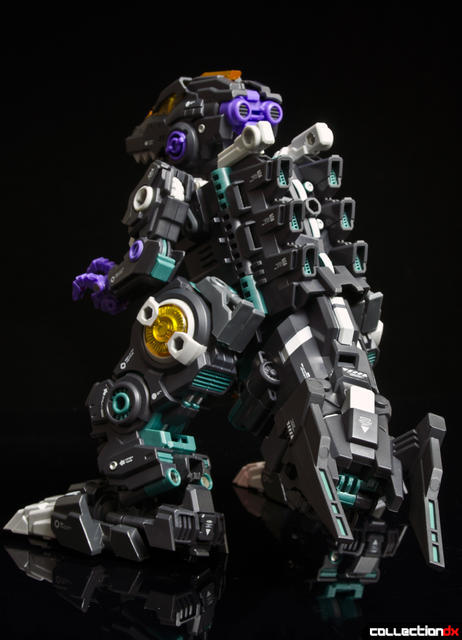 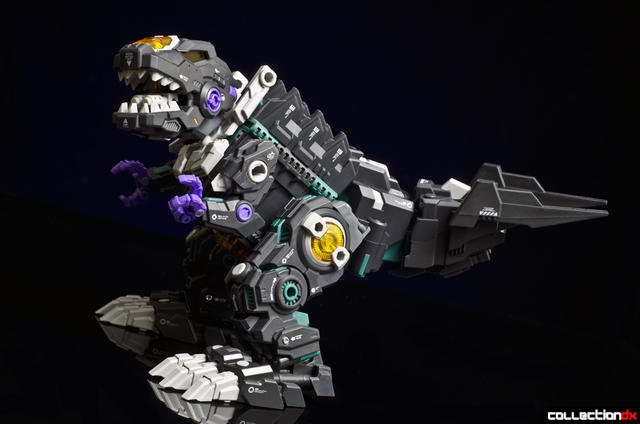 The feet are completely die cast and provide excellent balance and give the figure a lot of heft. 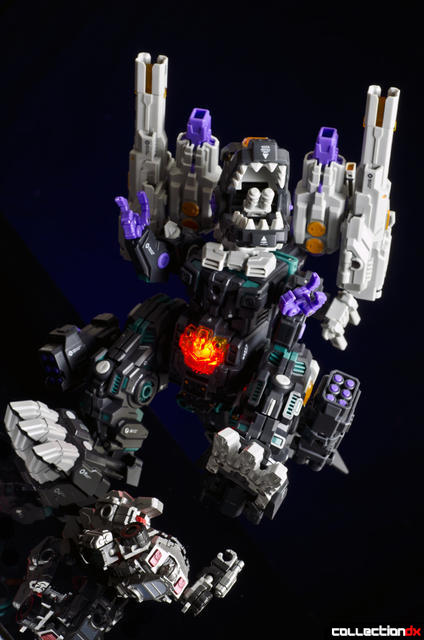 The included SD Megatron has a surprising amount of articulation. Previous Master Made releases have all come with mini-figures, and each release has been an improvement over the last. 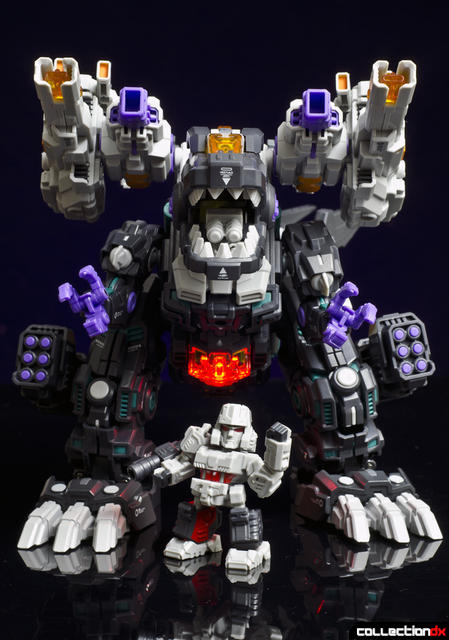 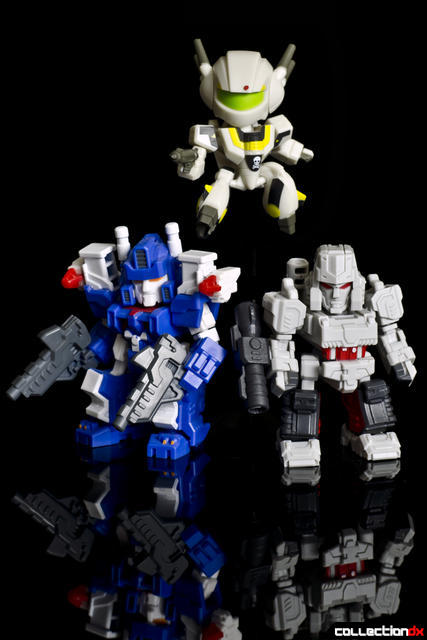 Being that this is an SD figure, and somewhat of an oddity at that, scale is kind of a non issue. That said, Diablos looks great next to Master Made's Metroplex figure. Diabolus is 12 inches from the tip of his tail, to his nose, and stands between 8, and 6 1/2 inches tall depending on how upright you pose him. 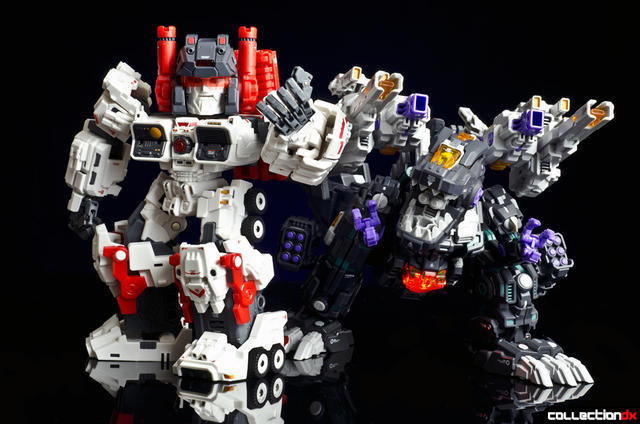 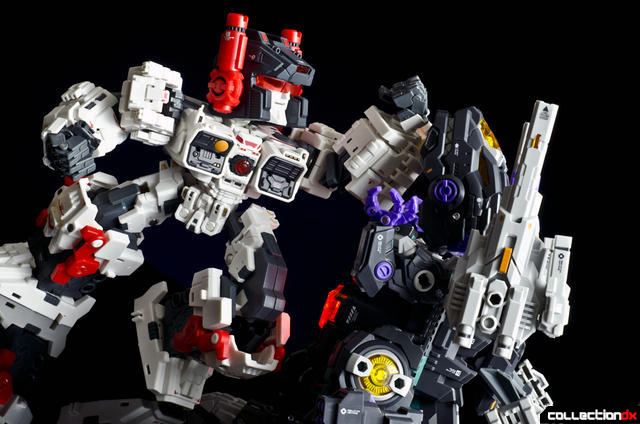 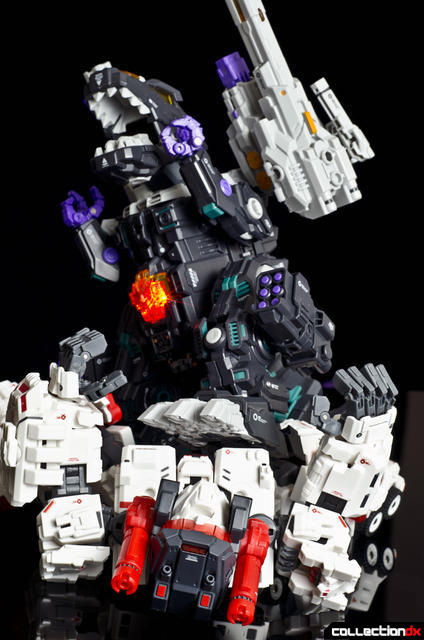 The only real draw back to the figure is the price. $135 is nothing to sneeze at, and even for a 3rd party transformer with their inflated prices, it's still very high. That said, I think that the amount of moving parts, gimmicks, paint applications, and boat load of accessories justifies the price tag, but your mileage may vary. Aside from the price, I think this figure is fantastic. and is one of the best figures I bought in the last year. 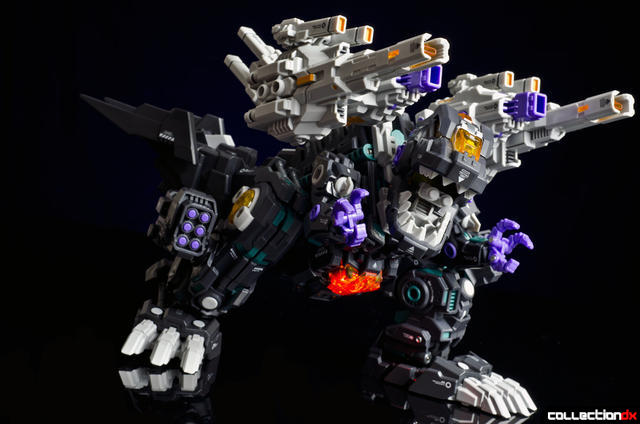 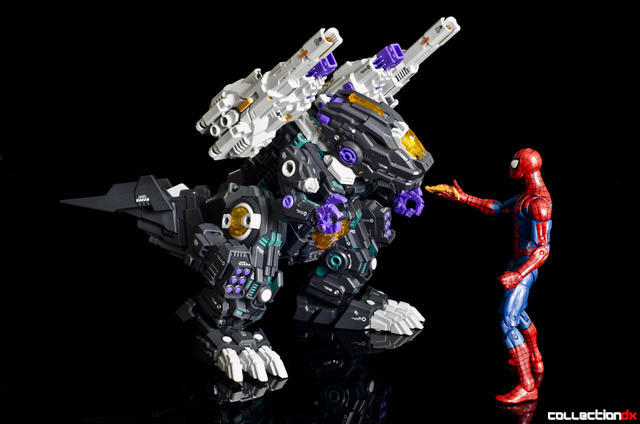 Fantastic-looking figure. I'm not usually into SD figures, but this one looks brilliant.

Are you planning to review either of the other two?

The other two figure have been out for some time, but I could review them if there was interest.

I can only speak for myself, but I can tell you that I'm definitely interested in seeing them reviewed.

I have to admit, the price gave me a little pause and I have to decide which version I want to get.