Iron Factory has come to be known for their high quality, legends scale robots, and City Commander is no exception. 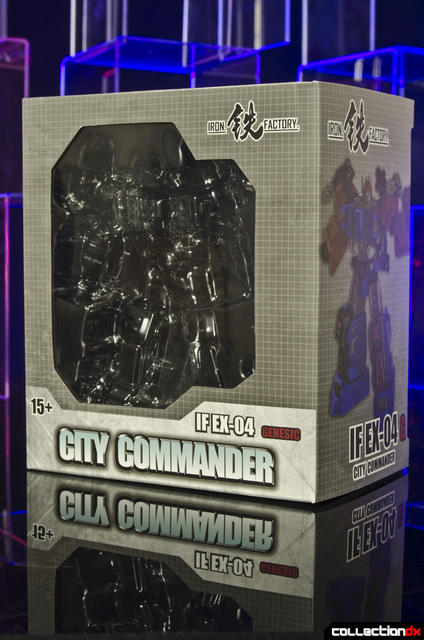 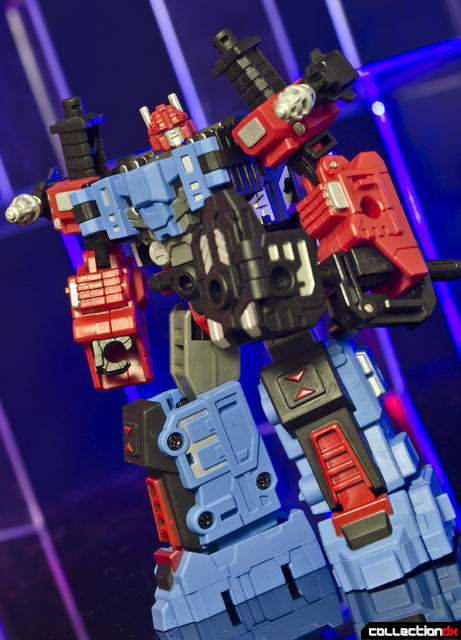 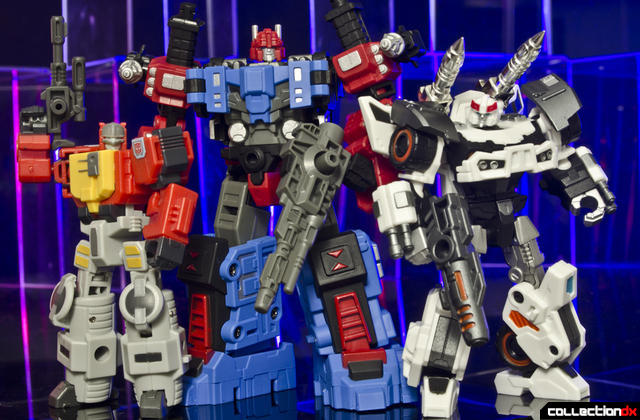 City Commander has numerous paint apps, all of wich are nice and clean. 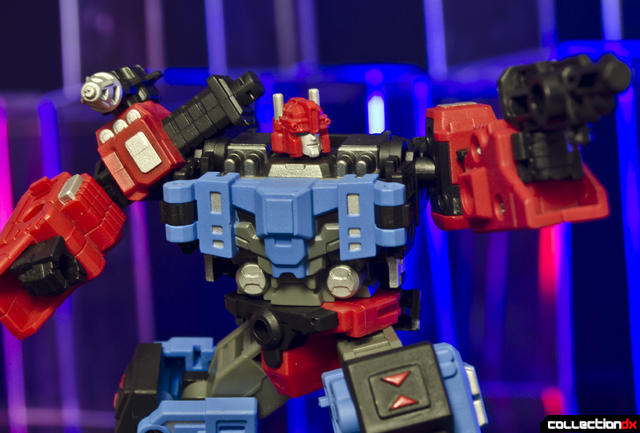 City Commander comes with an armory of weapons suitable for a duly appointed enforcer of the Tyrest Accord. His weapons are modular and can be combined to create larger weapons. To make use of all of those weapons, City Commander has several 5mm ports all over his body. 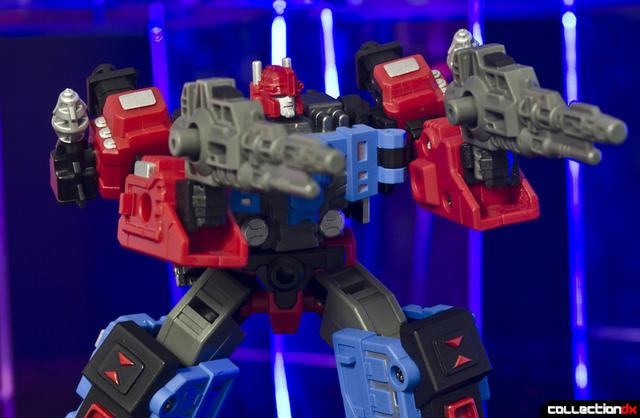 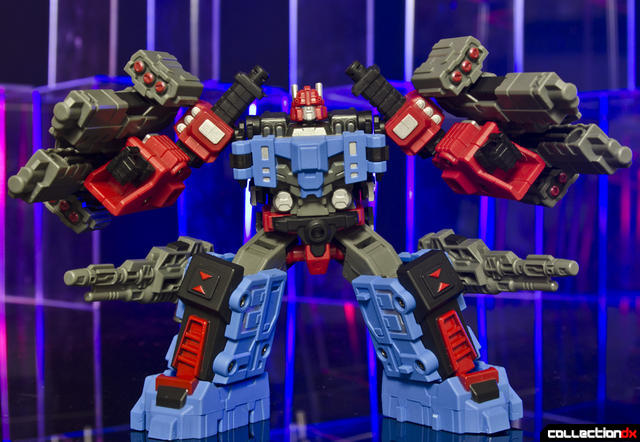 This isn't even my final form. 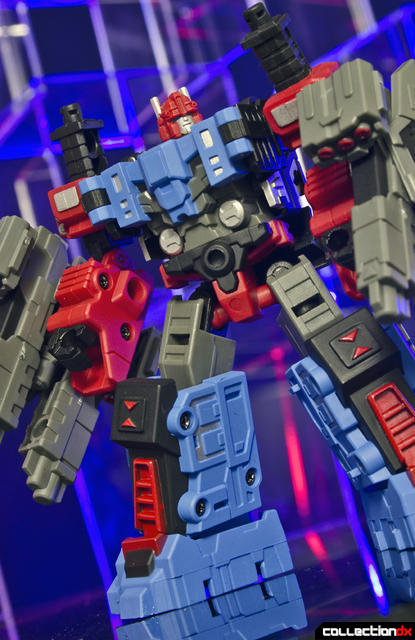 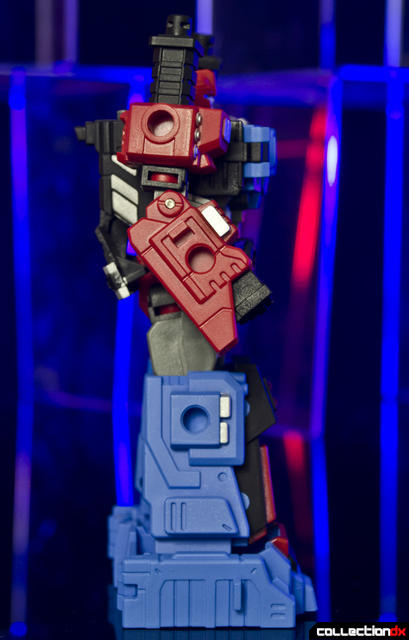 Articulation is above average for a legends scale figure. City Commander can pull off a decently convincing kneeling pose thanks to excellent range of motion in his knees and hips. The only place I felt that was lacking is in his shoulders, wich are on a simple ball joint. City Command has excellent balance and his big chunky feet make running poses easy to pull off. 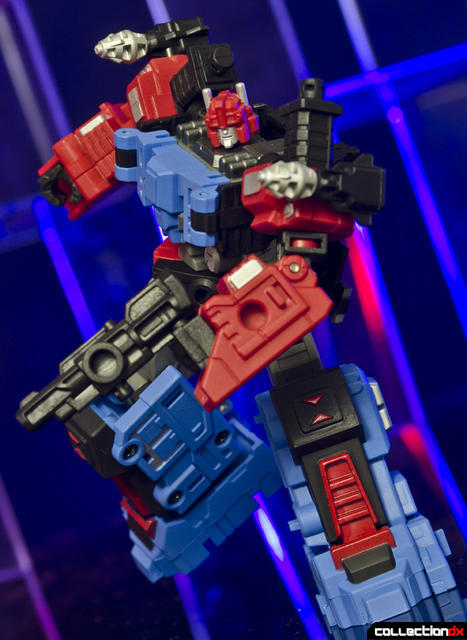 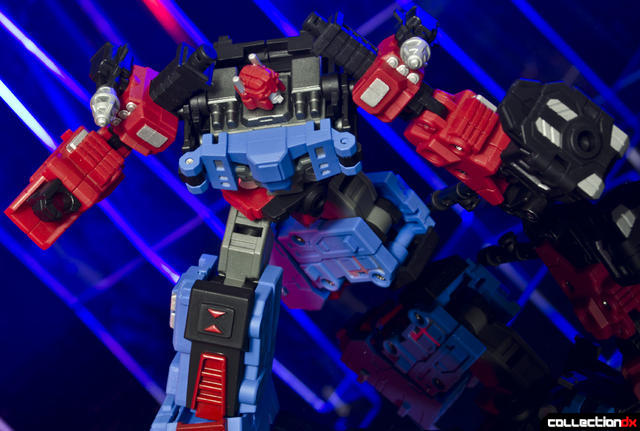 Transformation from robot to alt mode is easy and intuitive. There is no parts forming between modes, although the hammer does fill a gap in the back of the truck in alt mode. My only real complaint with the alt mode is that only 4 of City Commanders 14 wheels actually roll, the rest are molded solid on the figure and are just for show. 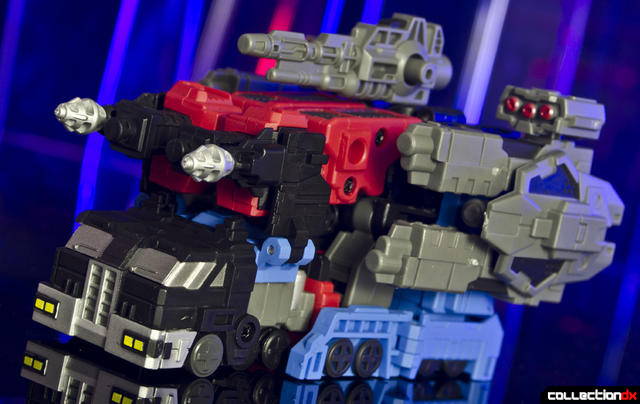 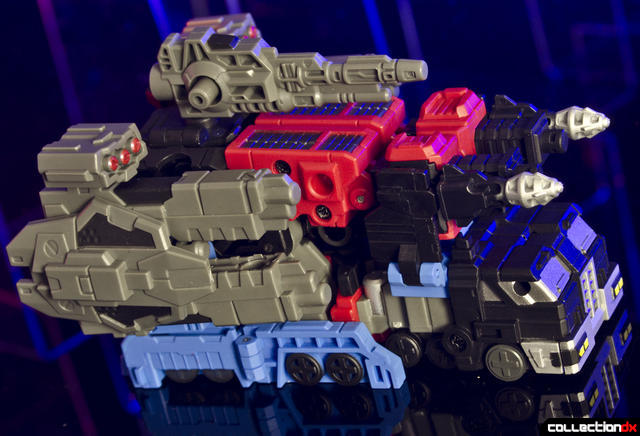 Personally, I think the alt mode is a little weak. To me, it kind of looks like a semi truck hauling around a mass of kibble rather than a proper tractor trailer. 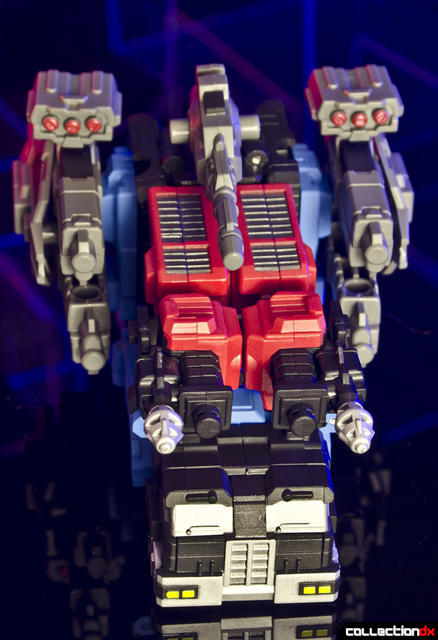 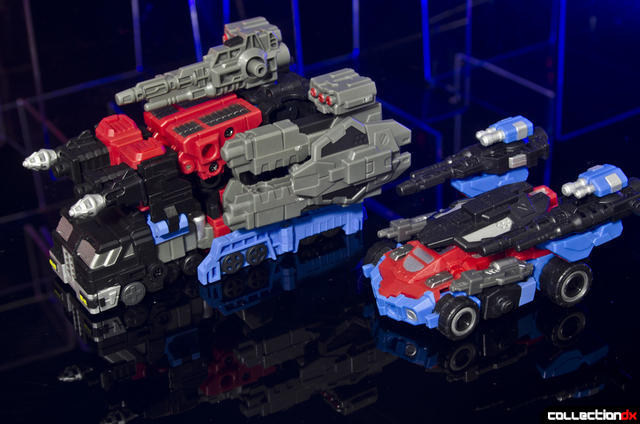 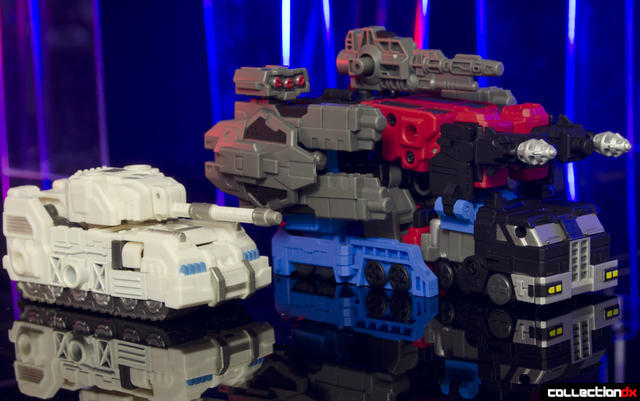 At $54, City Commander isn't cheap, but in the world of 3rd party transformers, that's nothing new. At the very least, the legion of accessories that City Commander comes with takes a little bit of sting out of the price. That said, City Commander is a ton of fun to pose, and the modular weapons make customizing the figure very enjoyable. 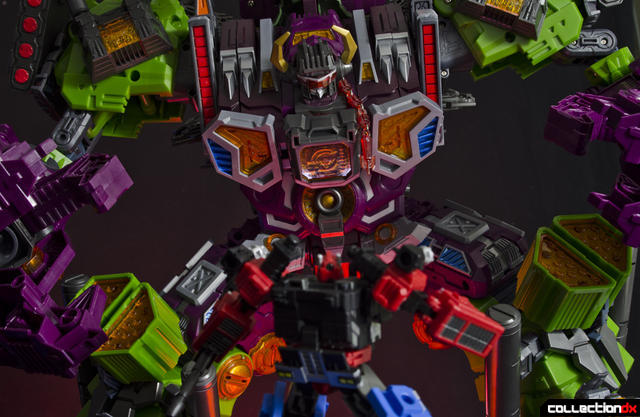