Destructor is a robotic armored tank known more for his war crimes than his conversational charms. Hailing from Pismo Beach, he trained as a fighter under Master Phnog-a noted kung-fu expert and misogynist.
In time, Destructor became the URFL champion and fought Gender Bender for the title at Madison Cube Garden. While mercilessly beating Bender, Destructor mistakenly punched through the floor, collapsing the ring, pinning Bender and winning the bout. Destructor was last seen helping push the Earth further from the sun. due to someone's phobic belief of global warming. *

As Adam stated around four shows ago, I have not had many reviews of late. Seems like I can't find anything new that "hits" me. I only bought this guy because I mistakenly thought it had diecast.

For $65 and being eleven inches tall, however, I should have figured it out.
Released by Toynami, this figure was in limited release during Comic Con and comes in a cool-looking box with a plastic shell tray. 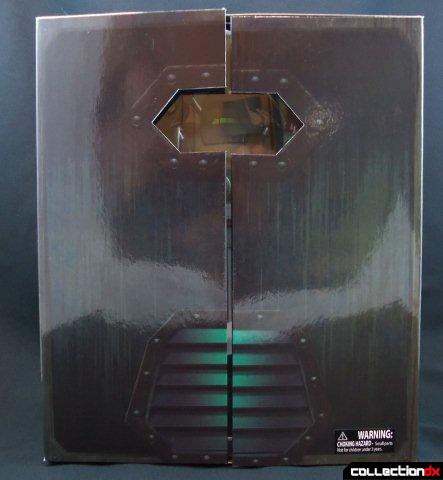 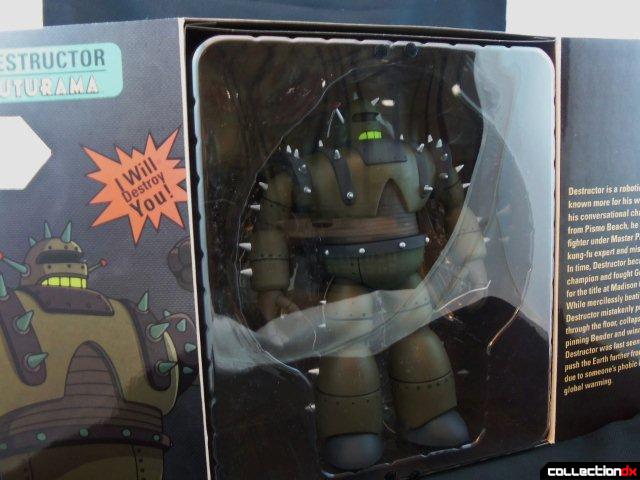 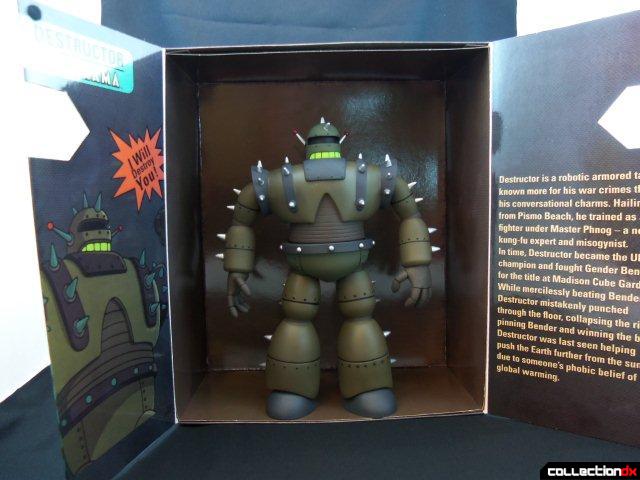 As previously stated he has a nice size and presence. 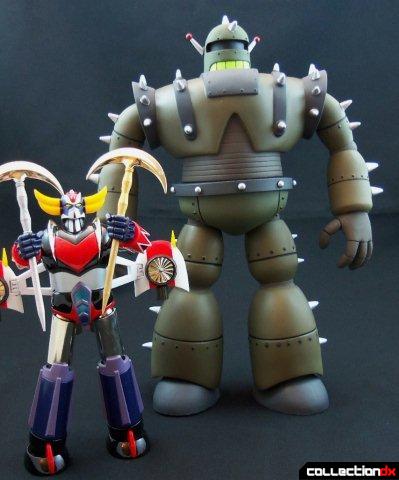 The robot is all plastic and does have some nice movement.

He has 360 degree head and waist rotation. 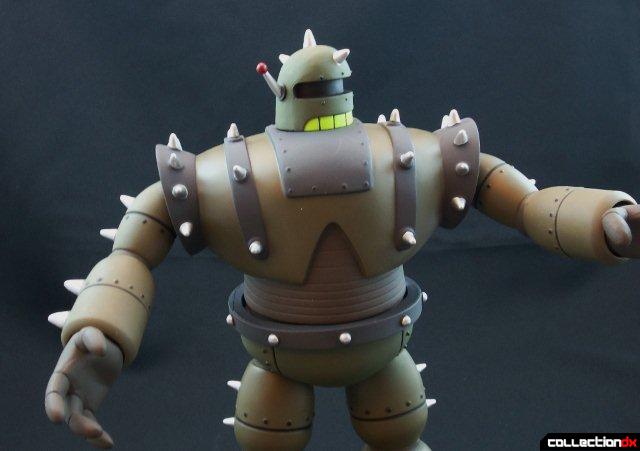 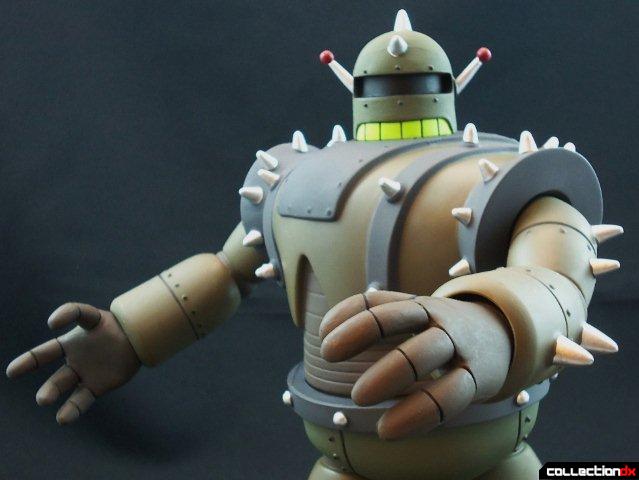 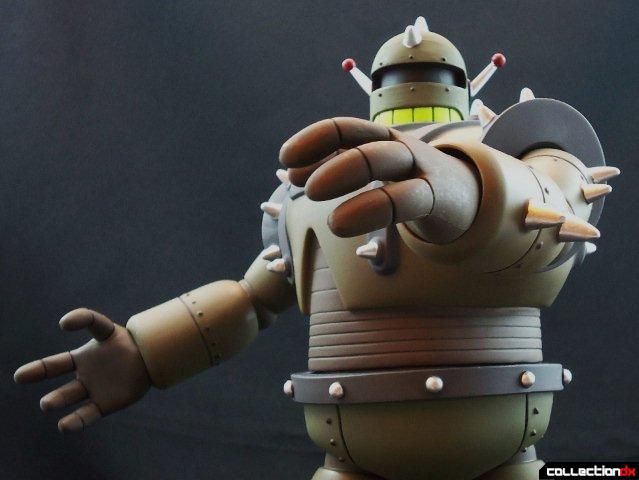 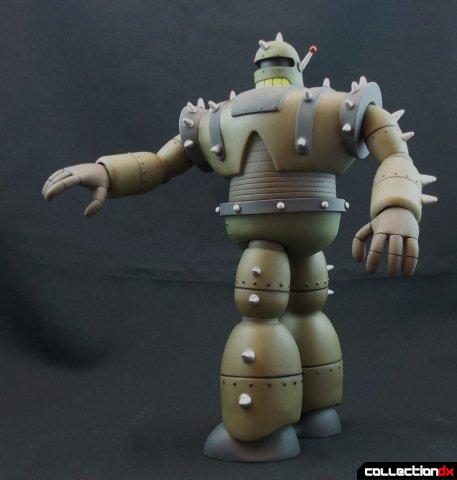 The hands also spin, and there is minor movement in the legs and a tilt feature in the feet. 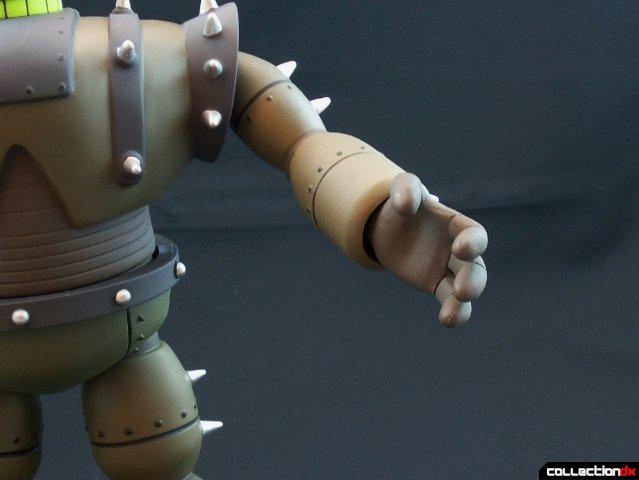 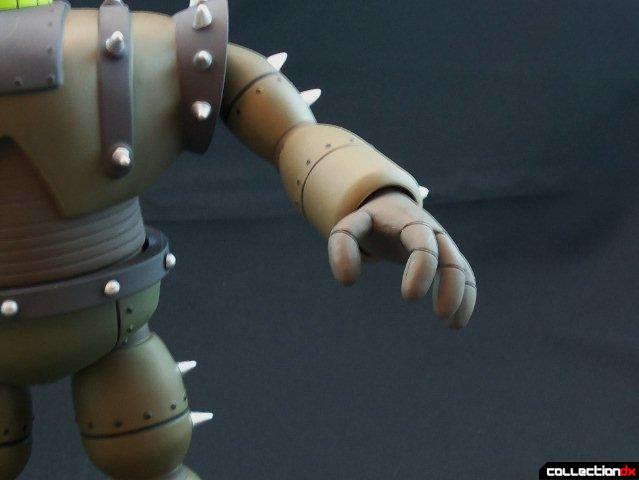 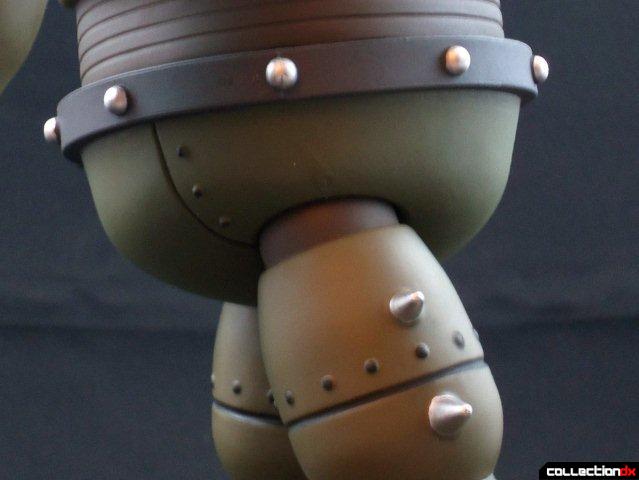 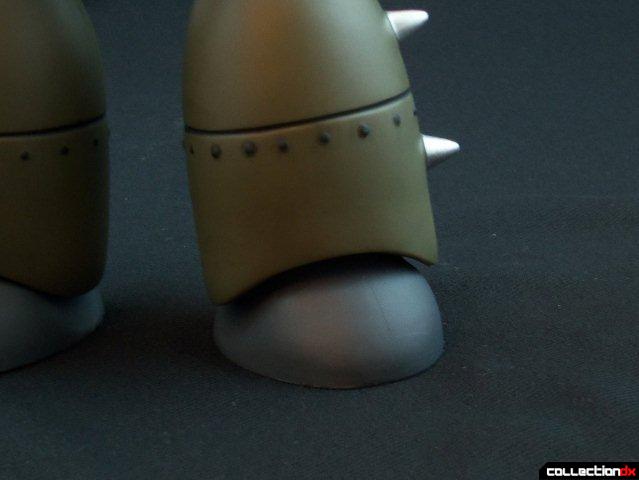 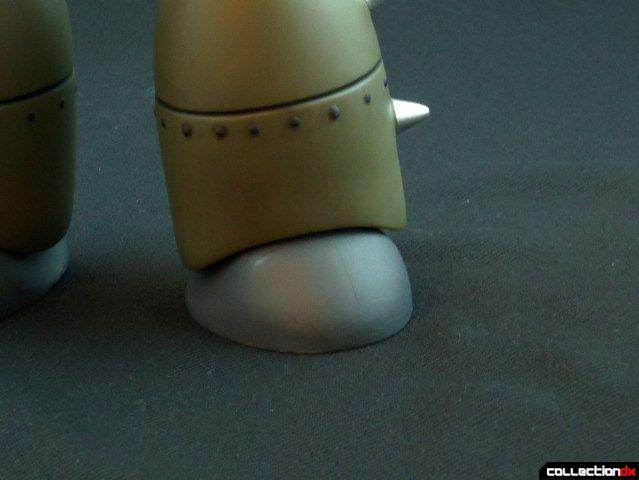 I was annoyed that the elbows don't bend or turn, but the static nature of the arms allowed for cool menacing poses. 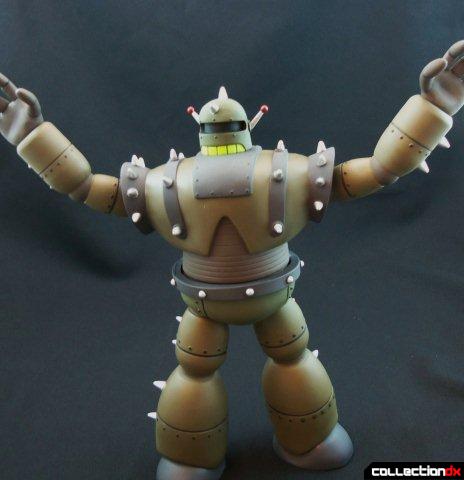 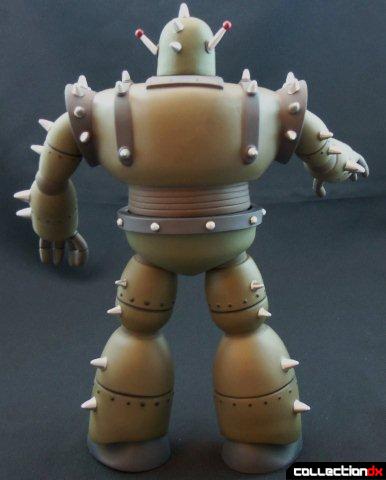 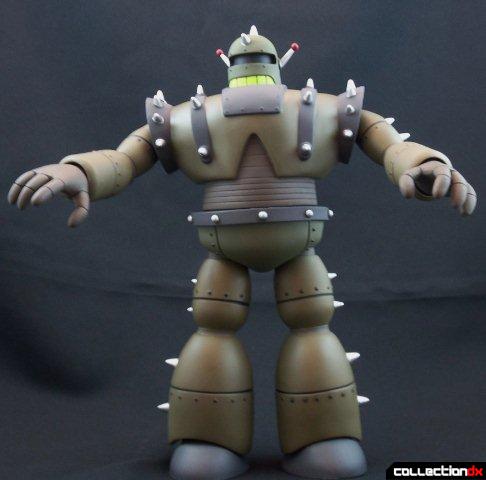 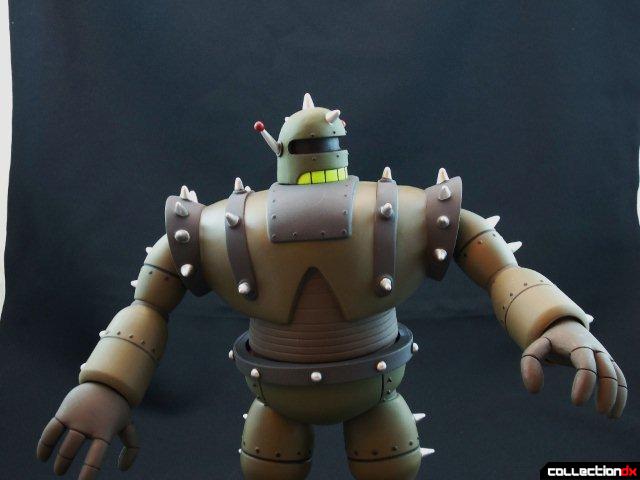 I like the figure, and it is nice for the right collection. Mine, not so much, so I will probably sell it.
I enjoyed the design and being reminded of a cool TV show. 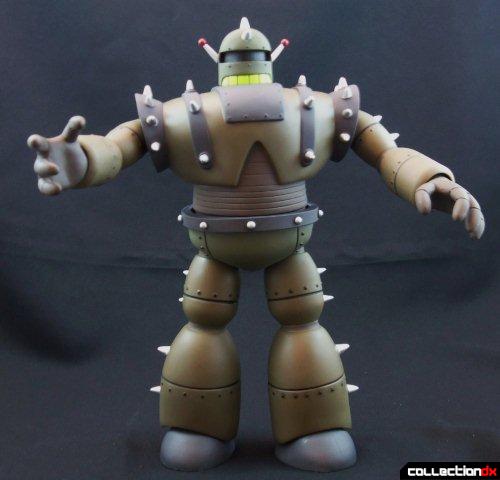 3 comments posted
Good to see a review from

Good to see a review from you! This would have been amazing in diecast...

yeah I picked this guy up also more so because to me it reminded me of that 70's badguy robot design.
Once opening it I was a little underwhelmed, while not a total loss it wasnt really what I expected. It doesnt reall pack much heft as far as weight goes, but for the size hes pretty tall. Regardless I'll keep him for now though.