It was great walking right into stores like Target and Toys R Us and buying a die-cast Macross toy right off the shelf for a few dollars. Matchbox did a great job importing and remanufacturing these former Takutoku toys abroad as Robotech Collector Die-Cast Series. 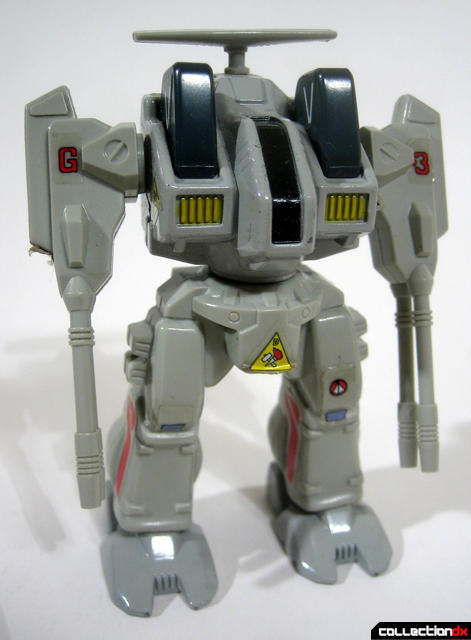 Like most toy manufactures, Matchbox wanted to get the most from its investment, not only did they released the standard anime correct colors, but re-colored versions of the Destroids as well.

Destroid Defender was renamed Raider X for both Matchbox releases and issued in both its standard anime dark tan color and this light grey urban camouflage colored version. 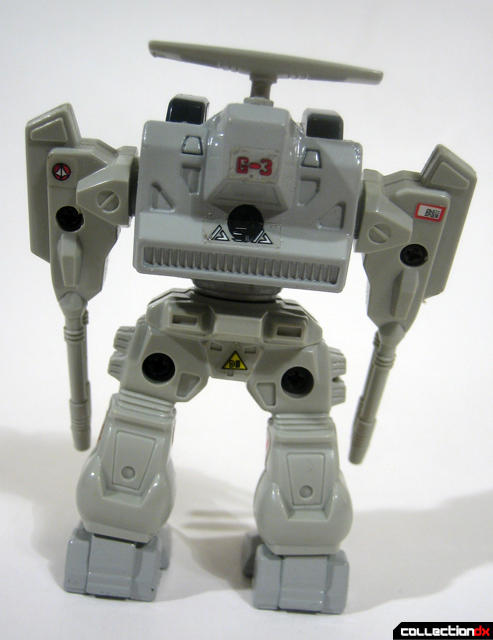 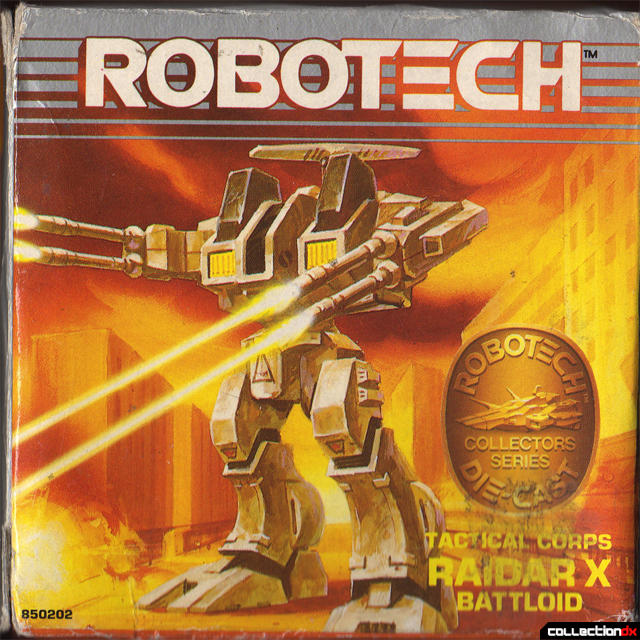 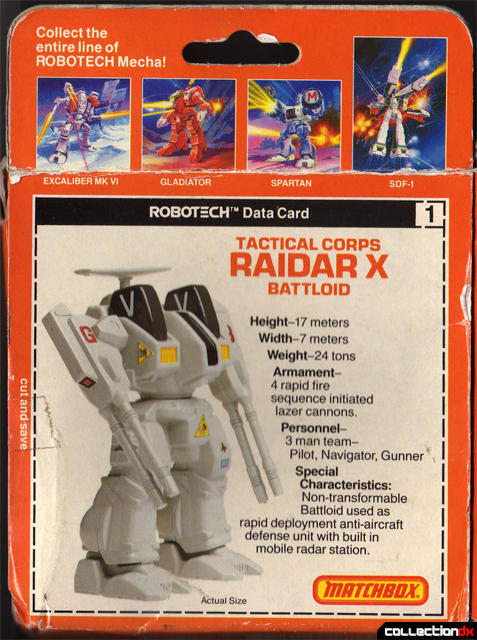 I do enjoy the artwork of the box, which pictures the Destroid Defender locked in combat in an urban landscape. I believe the grey colors of this release compliment the figure well and does not stray too far from the real robot military realism. 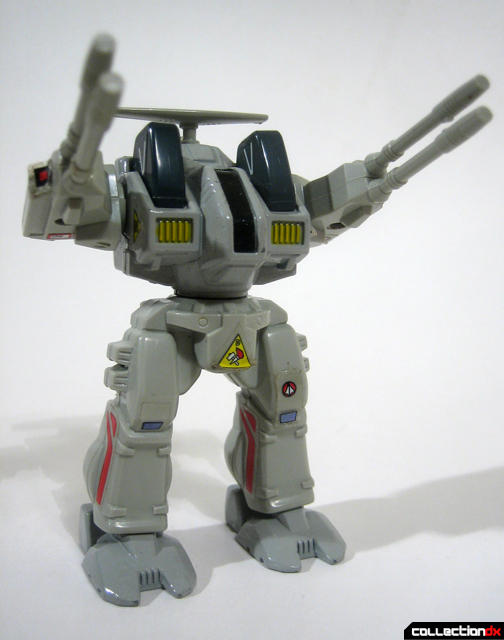 What can I say? This is a great and inexpensive pickup for the Macross collection that will compliment your Destroid display with its simple but effective recolor.

©2010 Article and pictures by Leonardo Flores and CollectionDX.

The recolored Destroids rock so hard. The decals are classic, too.

I love these little guys! I first found out about them at this comic shop near me. Grabbed the ones they had (they were in the loose bagged section, so they were nice 'n cheap). I'd love to grab more when I run into them.