Orghan Bat is a gruesome clone of Mutant Chaos created by Akro-Kaiser, described as being created from Mutant DNA and Space Kaiju organs. Orghan Bat is described as ‘A twisted, organic mess’ that ‘wears his insides on his outside’. Orghan Bat features a mix of the old Mutant parts and uses a unique additional piece to make a new character. Orghan Bat consists of a Mutant body, Chaos arms, and a single head and body piece that slips over the torso in a similar fashion to the Armored Vest. Because of the one-piece slip cover, Orghan Bat lacks a neck joint, but that is not really a huge loss, as he has no discernable eyes to look at things. 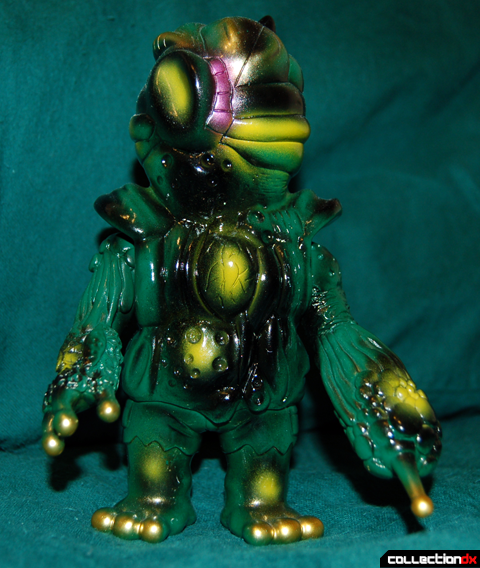 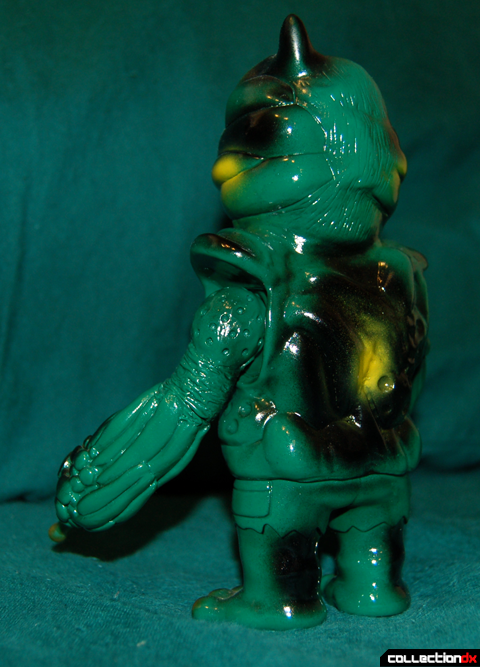 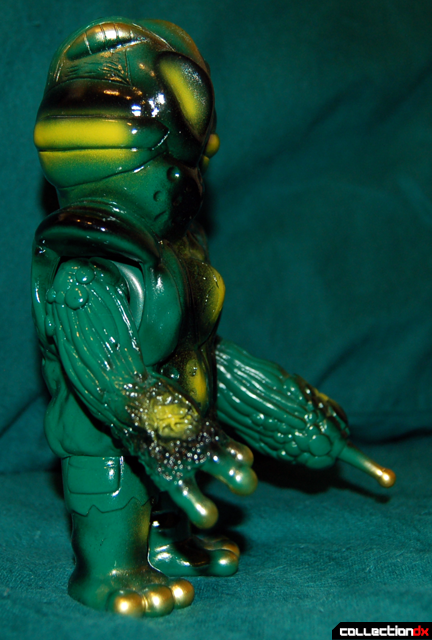 Orghan Bat is one of my favorite Real X Head designs. While it is far more abstract than the previous figures, it manages to use a single new piece to create a unified looking figure out of dissimilar parts. The figure used here is based on a really wonderful hunter green vinyl with very loose black, gold, and yellow sprays. Part of Real X Head's kaiju pedigree is because the legendary Goto-san paints the releases based on Mori's designs. Early figures like the Orghan Bat showcase Goto's fantastic control over sprays, both tight and loose, with the ability to put colors exactly where they need to be while still retaining that hand-painted look that vinyl heads crave. 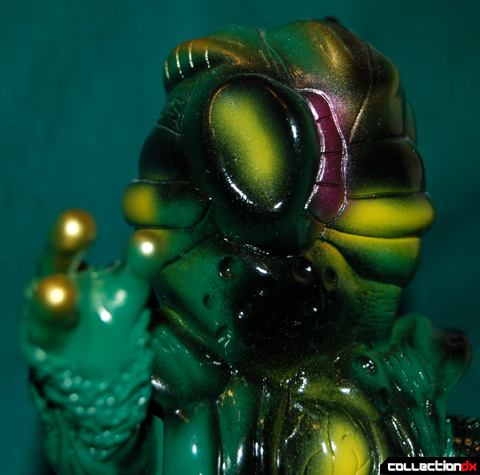 Nice shots, and write up Ben. Actually looks somewhat slippery/slimey.
Don't leave that on an eye height kitchen shelf, or your family memebers (mom) will walk by, and freakout.
Actually, the medicine cabinet would be better, come to think of it...