Akro-Kaiser is the militaristic leader of Akrobats, and the first release in the much scarier looking ‘bad guy’ wave, Mutant Zone series 2. Akro-Kaiser uses the same basic Mutant body as the previous releases, with a new head, as well as a new piece, the armored vest. Akro-Kaiser’s head features a single eye, big teeth, and in now standard asymmetrical Real X Head fashion, spikes protruding from one side. The armored vest is an awesome addition to the options available for a figure. The vest slips over the basic Mutant body, with holes for the arms to fit into the normal body sockets. It adds a bulky ‘ready for action’ look, and spreads the arms out a bit for a wider stance. The vest also features plenty of ‘creepy’ mutant-ey details, including a spinal cord and a protruding heart. Perhaps these details are ornamentation removed as trophies from some conquered enemies, or the ‘vest’ is really just a twisted mutation in the character’s body? 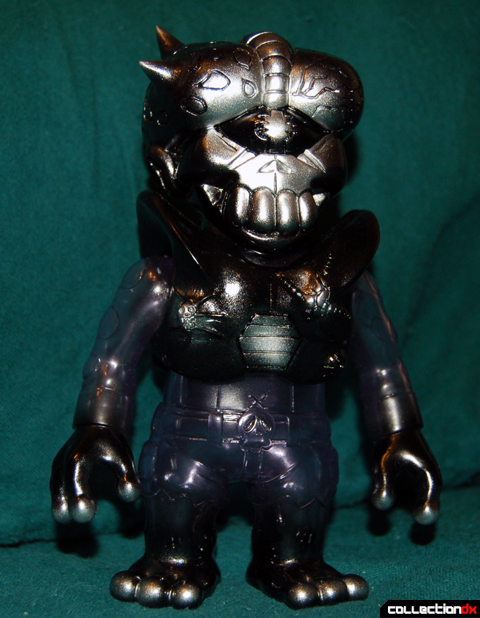 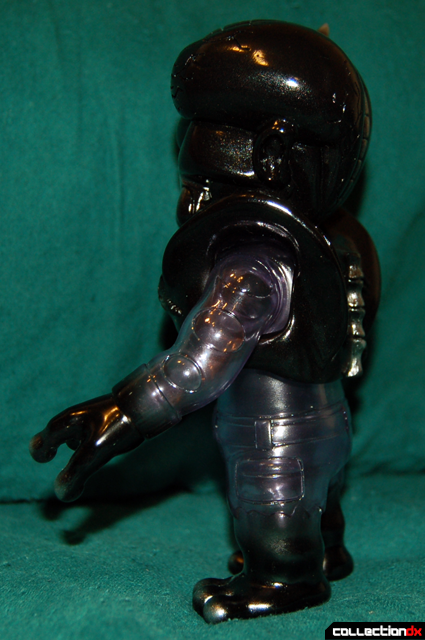 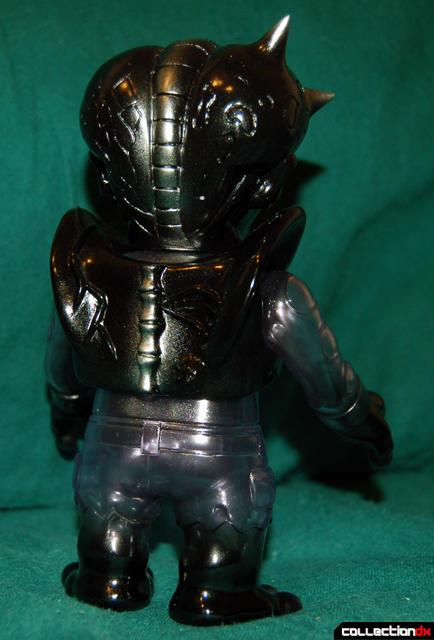 The particular Akro-Kaiser used for this review is done in two vinyl colors: flawlessly clear purple and opaque black with black and silver sprays. This scheme is known as the ‘King Walder’ colorway, originally seen on the Henshin Cyborg villain King Walder. Walder is the most popular of the original Henshin Cyborg villains, and this scheme has been used on a seemingly infinite number of figures as tribute. The Walder scheme works exceptionally well on Akro-Kaiser, as it lends an eerie evil vibe to this fearsome leader, and takes advantage of the crystal clear clears of Japanese vinyl. 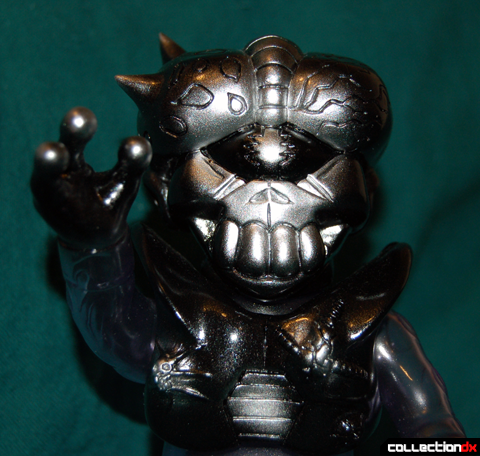