The Demogorgon is the big creature at the end of the first Season of Stranger Things. He's an inhabitant of the parallel world known as the Upside Down, and he's scary as hell.

McFarlane has brought the Demogorgon to life with a 10-inch tall action figure.

This review sample was provided by Fun.com, and is available for purchase here

The box is big with attractive colorful graphics, and a big clear window box that gives you a good look at the toy. My only complaint is that the cardboard is sort of flimsy. 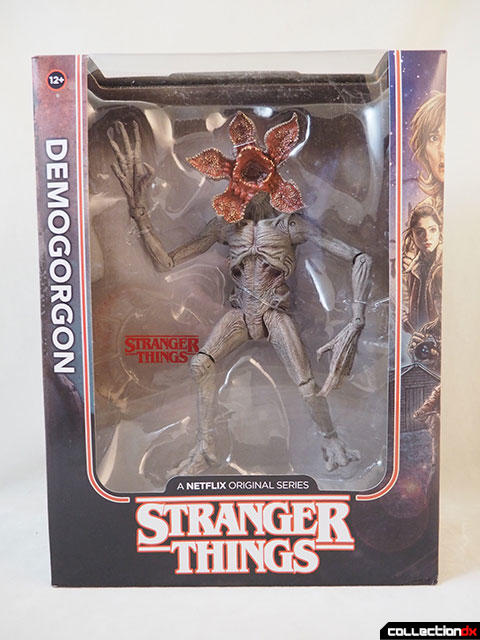 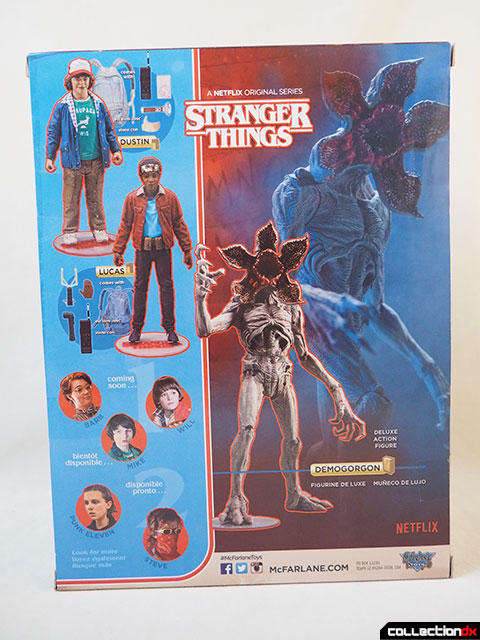 The Demogorgon figure is stunning. He's really much more poseable than other McFarlane toys that I've owned. He's durable, and the paintwork is fantastic. This is really a surprise for me from McFarlane, to be honest. 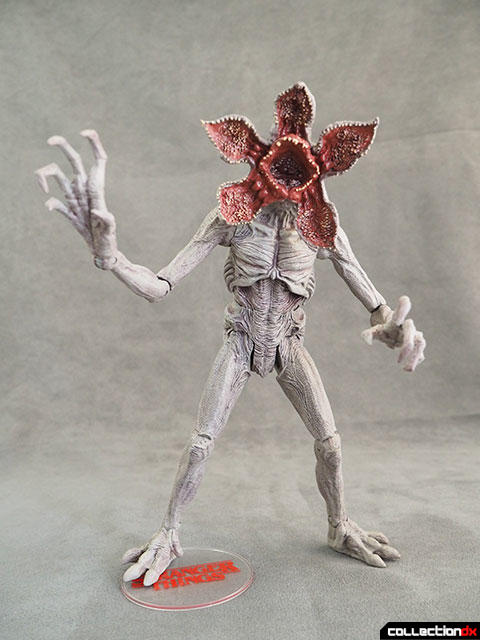 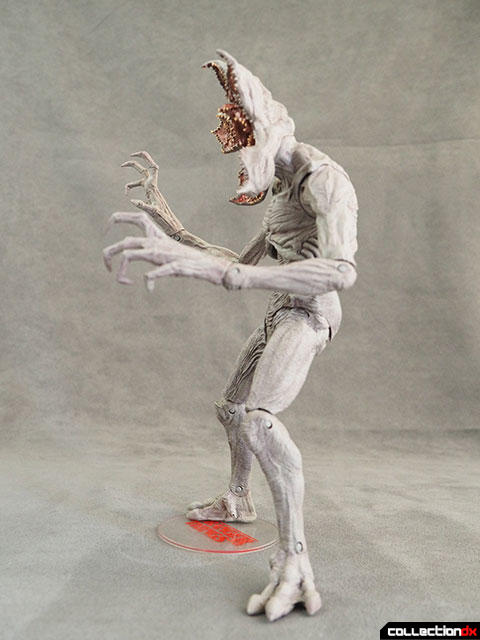 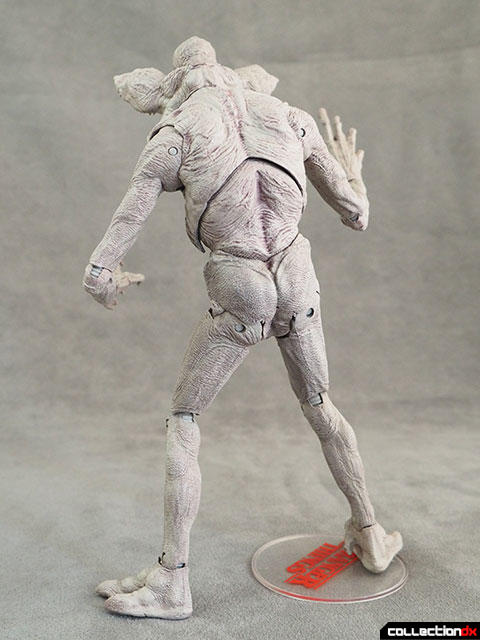 The face is pure nightmare fuel. It's just so creepy. That open mouth just gives me the shivers. You can run your finger across and feel each and every tooth and nub. It's a wonderful tactile experience. 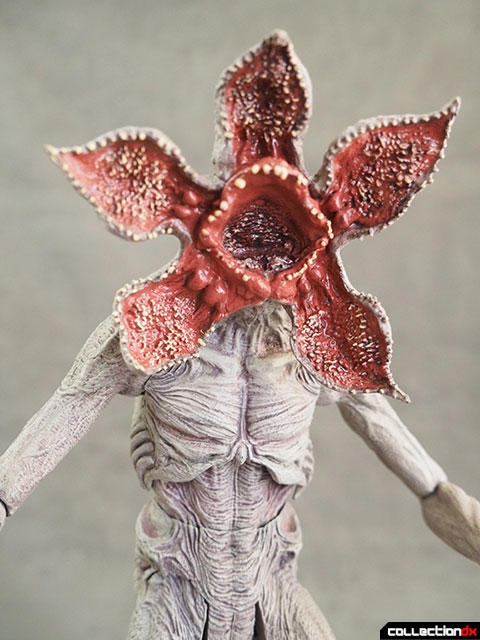 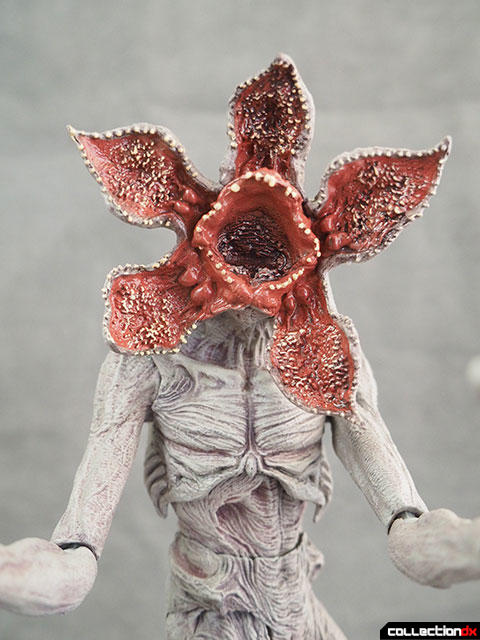 The chest has 2 ball joints, and the neck is on a ball joint. Each shoulder has a swivel-ball joint, the elbows and the wrists have smaller versions of the same. He's super articulated. 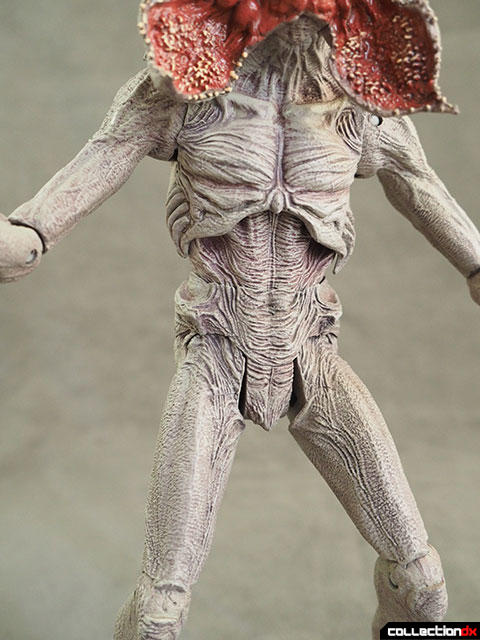 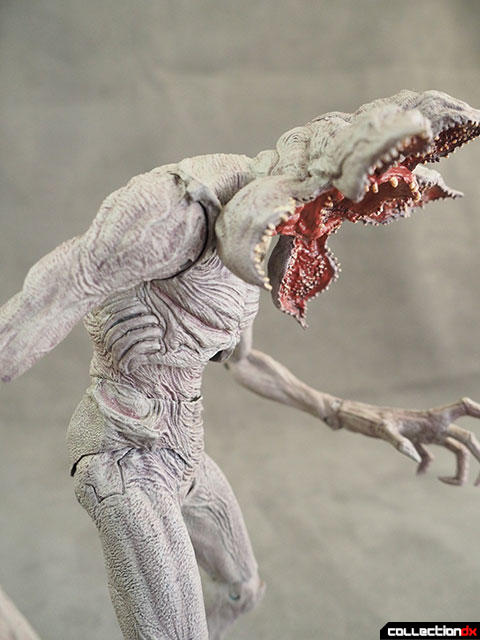 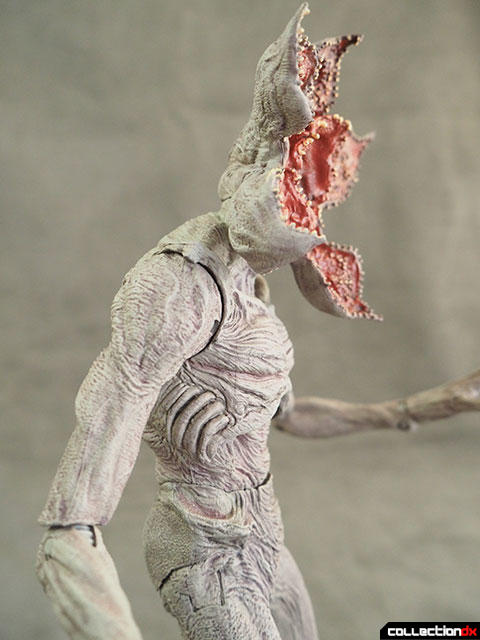 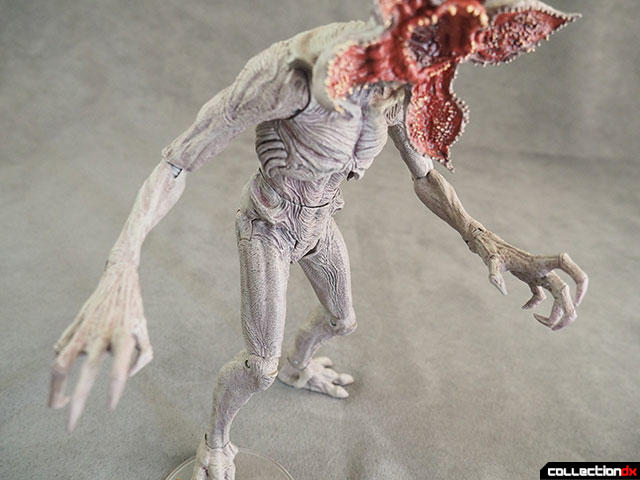 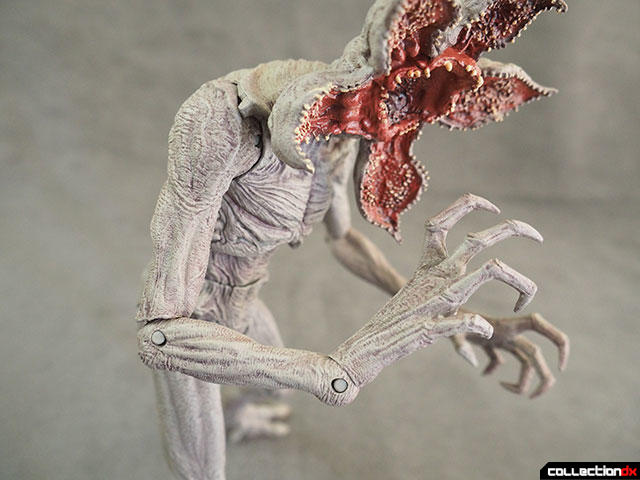 While the figure can stand on its own, a small stand is included for use with a single foot. 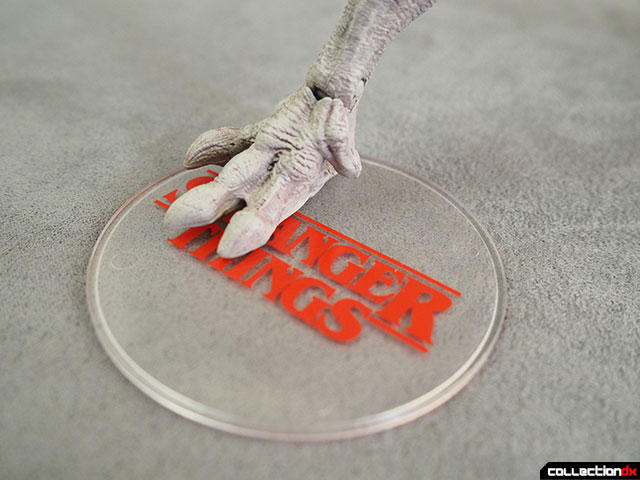 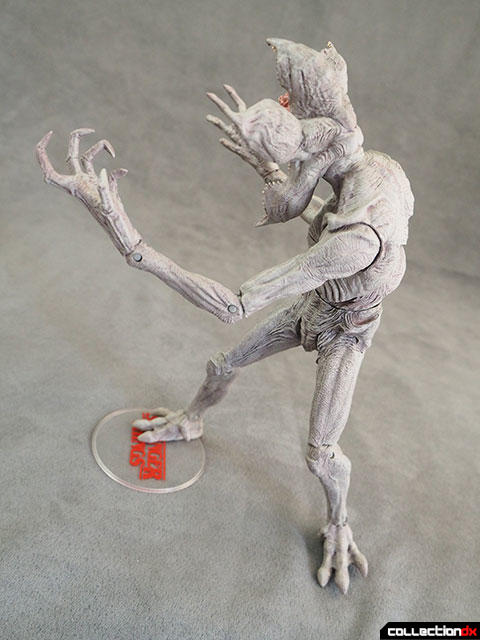 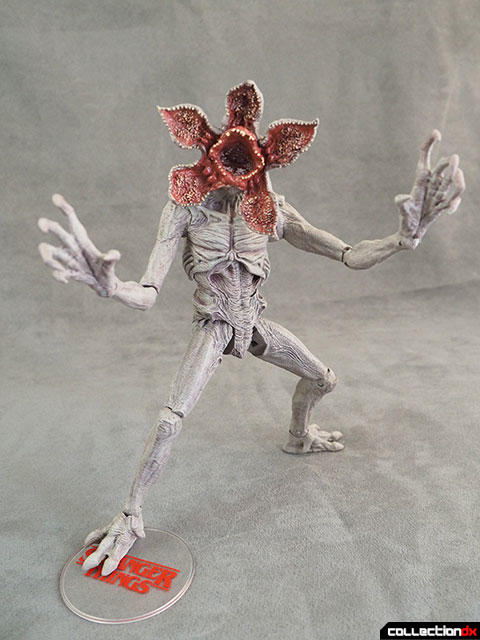 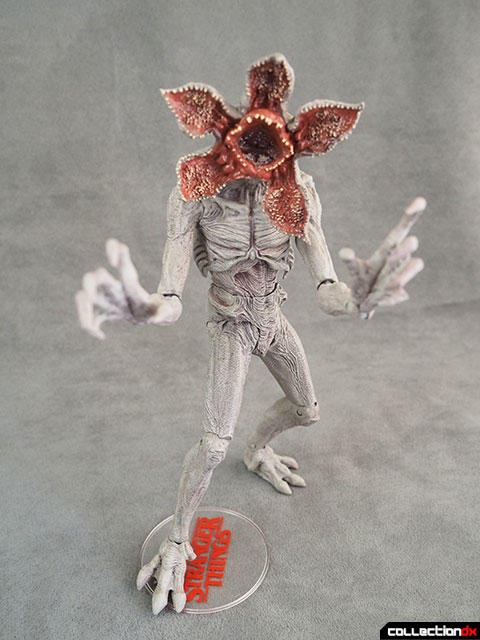 My only complaint is the way the cut the joints for the hips. I've come to accept the McFarlane method of action figure design as something that is never going to sit right with me. His companies' toys seem to start out as posed sculptures, and then they get turned over to someone to slice up and make an action figure out of it. However, during this process, some not-so-great decisions get made. 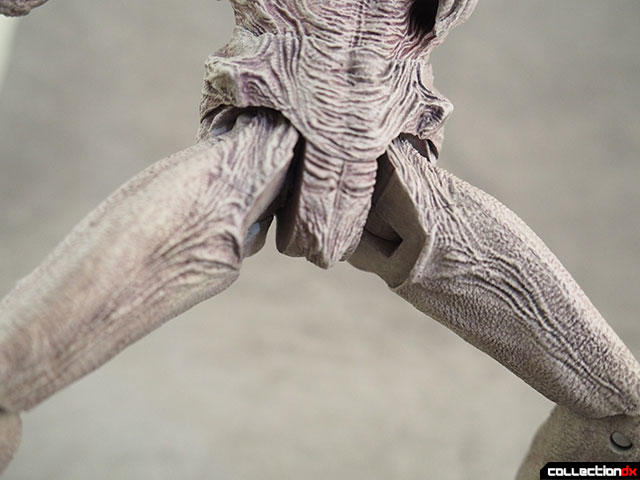 It's cheap and lazy, but people buy it, so why change? It's a nitpick for me, the action figure collector, but the general public will not mind at all.

Thanks again to Fun.com for the sample. Be sure to visit Fun.com if you want to get one for yourself.