Coming from space, the Blue Centurion arrived on earth with a message about an alliance of all evil in the universe. However, before he could give this message to the rangers, he was caught by the bad guys and the message was erased. But the Blue Centurion didn’t come to Earth alone… He brought his mighty zord, Robo Racer with him! For more information about Power Rangers: Turbo, click here. 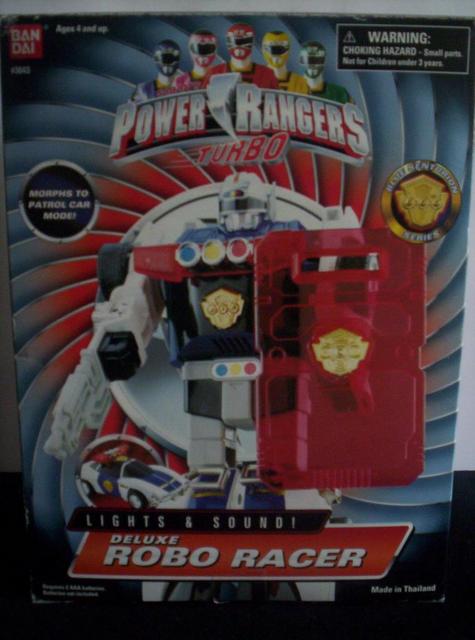 Robo Racer is what a Transformer would look like if they’d cross over with Power Rangers. In vehicle mode, the patrol car just looks like one, with no trace of the robot inside. It’s actually a pretty nice car and rather show accurate. The light and sounds are activated by pressing the Centurion’s symbol on the roof. 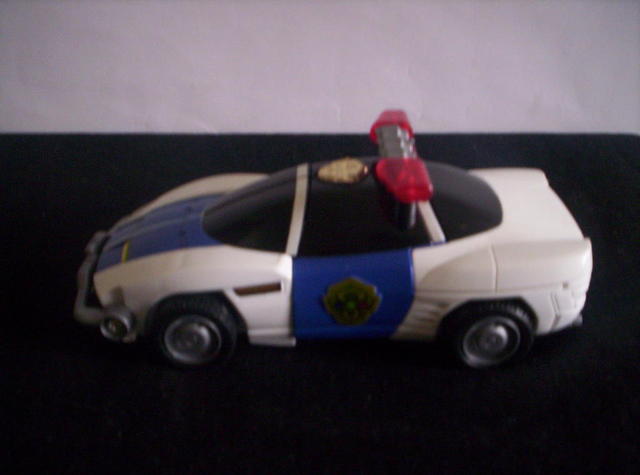 Once transformed, Robo Racer is a nice little bot, standing approximately 8 inches tall. The lights and sounds are still there, activated by pressing the same button. He features the usual points of articulation for a DX power ranger Toy (the arms move up and down), waist joint and also has “elbows” joints, so to speak. Also, the helmet can be put back to show the eyes. The arsenal coming with that little guy is pretty impressive: a gun, two blades, a shield and handcuffs! 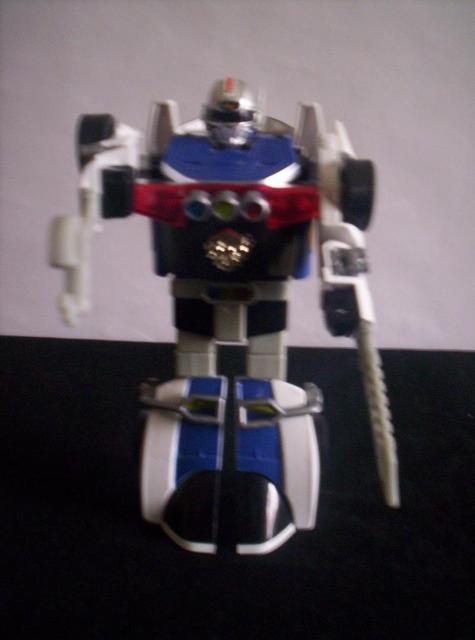 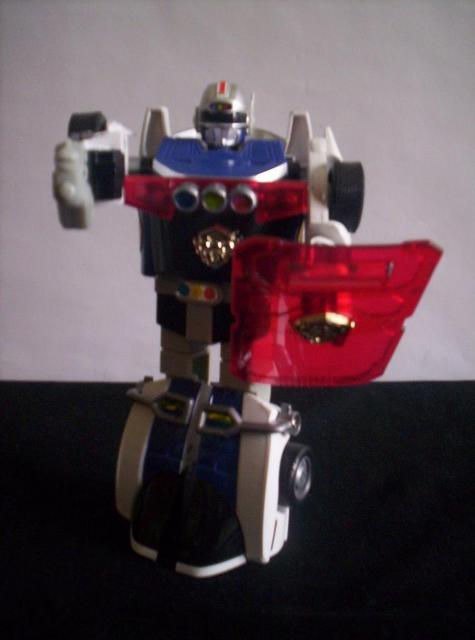 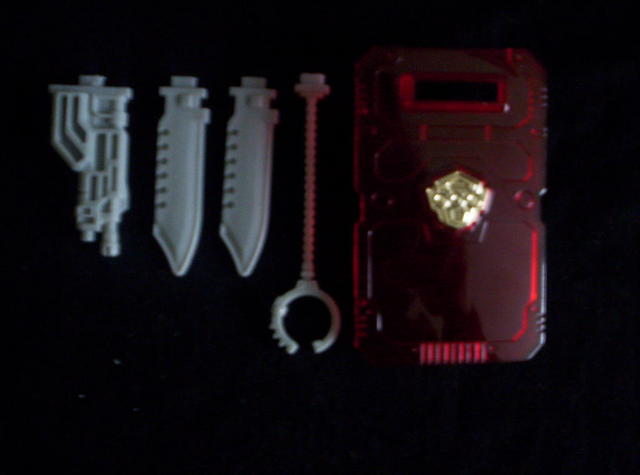 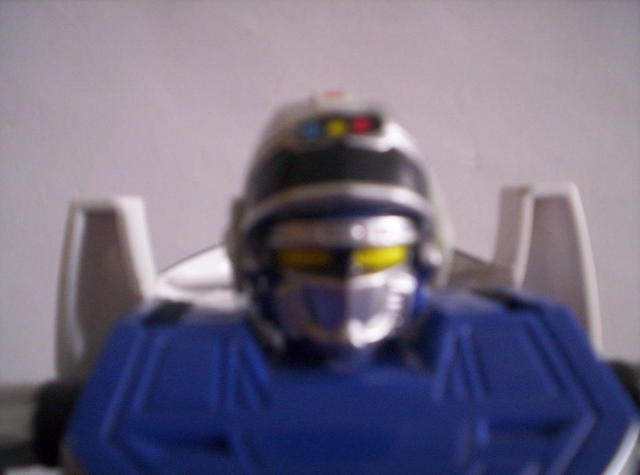 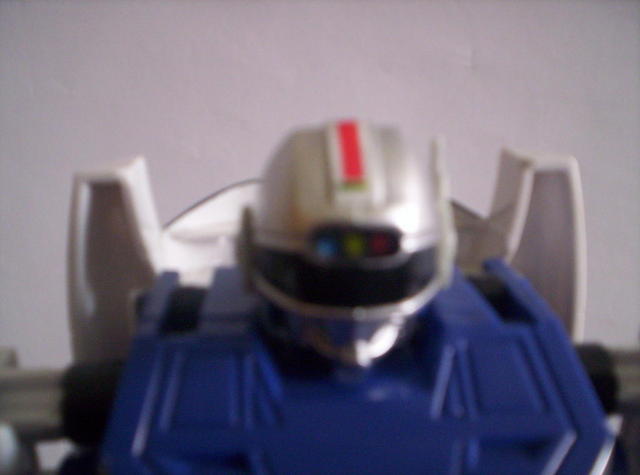 If you’re wondering the differences between the Robo Racer and his original Japanese counterpart Sirender, prepare for a pretty shocking one: all the die cast parts were replace by dull grey plastic parts! Also, Sirender came with Signalman (Blue Centurion’s counterpart) Signal Whistle. The good news is that every sticker has been kept. 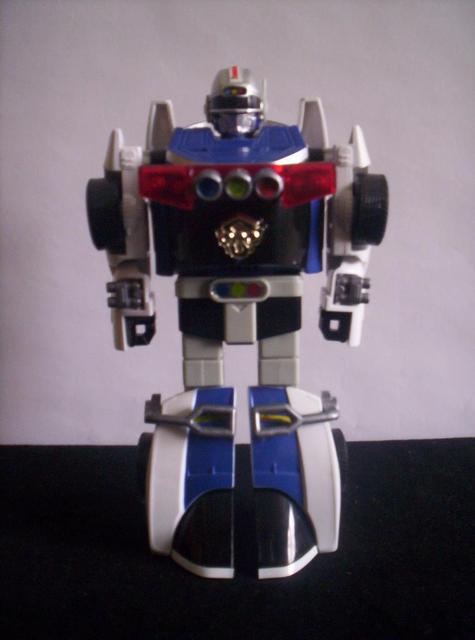 Honestly, I think that this little guy deserves more attention than he got. I mean, many people will go crazy over a Turbo or Rescue Megazord, but won’t even give him a look. Sad mistake, cause this is one pretty good toy! 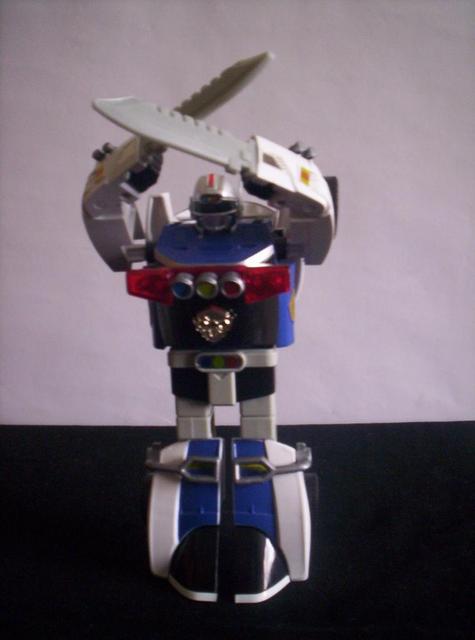 Someone needs a tripod... badly.