In Episode 36, “Scent of a Weasel”, the Trey of Wisdom persona sends a long-range message to the Zeo Rangers, informing them that he has sent them the Warrior Wheel to compensate in battle while he continues to use Pyramidas off-planet. Despite standing only half as tall as the Megazords in Robot Mode, the Warrior Wheel is fast, and capable of fighting by itself with simple-but-strong physical attacks. Or, the Super Zeo Megazord can catch it in its Wheel Mode and throw it like a giant bowling ball at Machine Empire monsters to destroy them. Even when Pyramidas is returned to Earth, the Gold Ranger continues using the Warrior Wheel to aid the Zeo Rangers in their struggle.

The design of the Deluxe Warrior Wheel is very restrictive and devoted entirely to the unique Auto-Morph gimmick, so it features no posability or any other special feature whatsoever beyond that. Additionally, it is intentionally designed to be back-heavy in order to begin the Auto-Morph process, so the Wheel Mode will never sit upright unassisted, but it will maintain its balance well enough when it is rolling until it slows down enough to fall down. 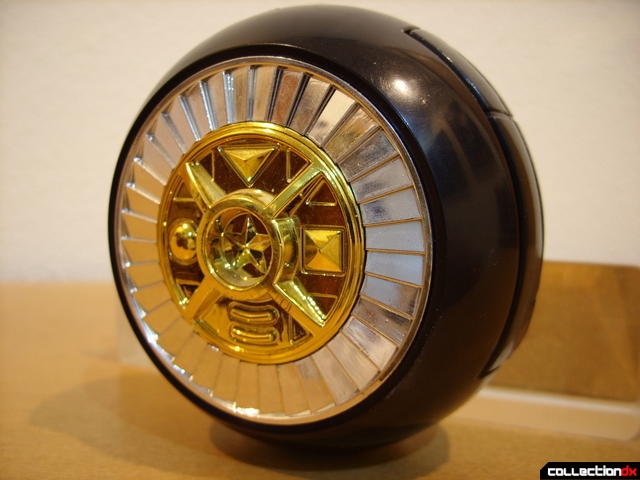 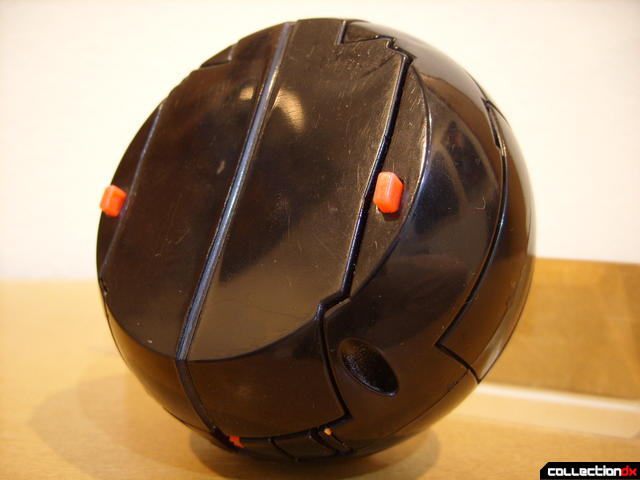 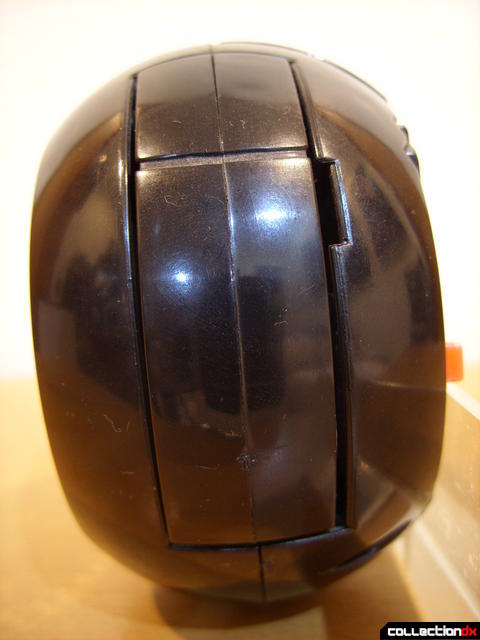 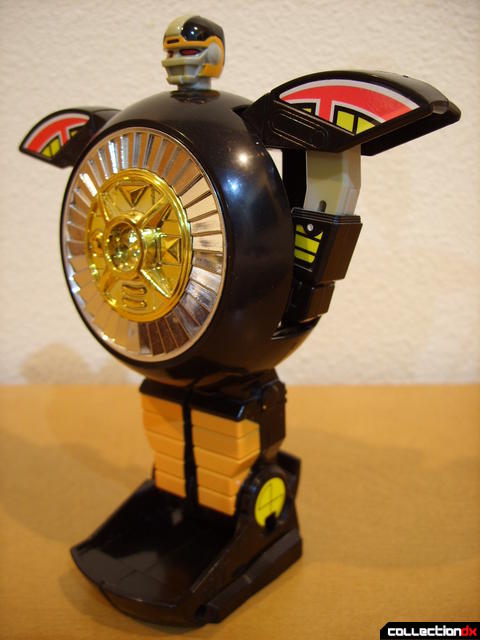 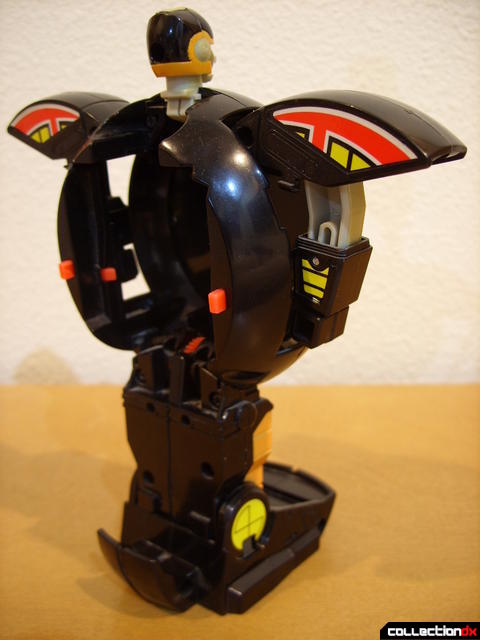 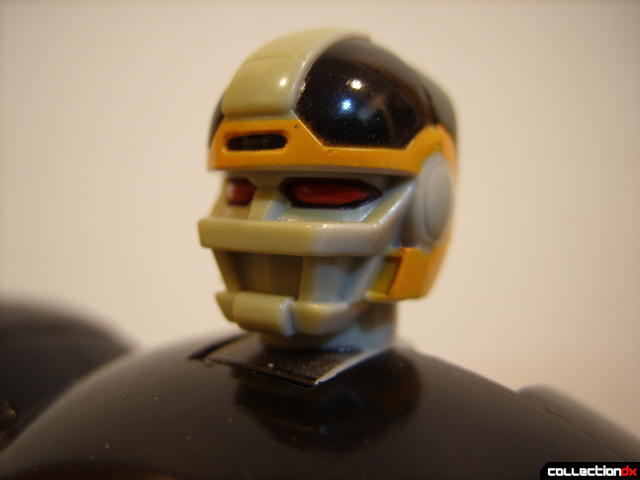 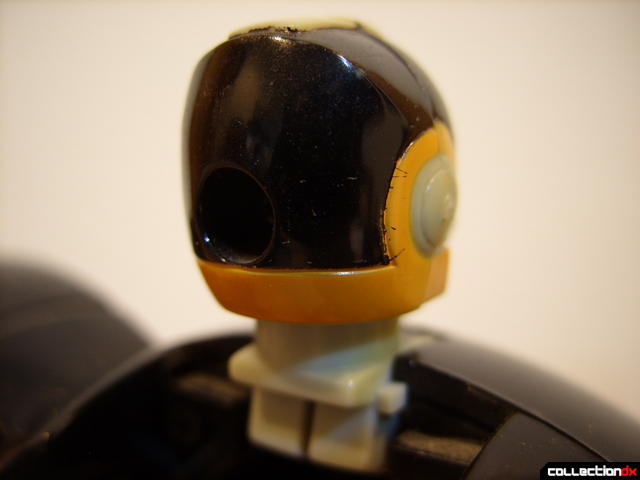 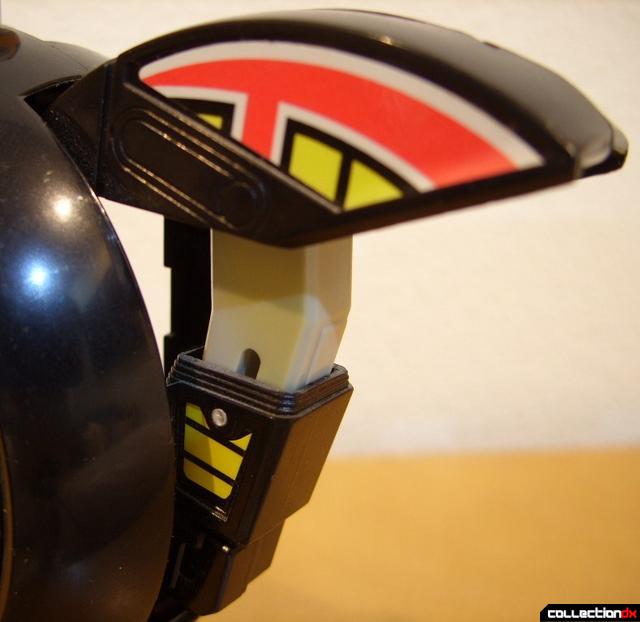 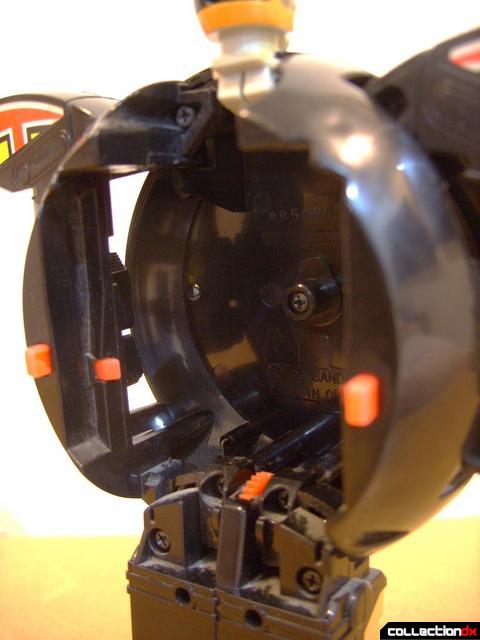 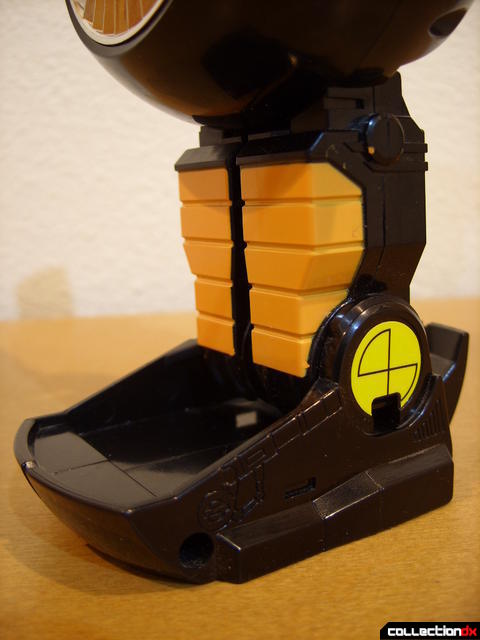 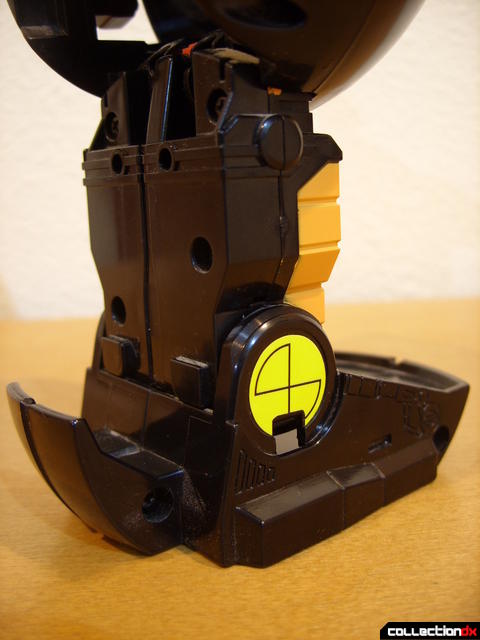 The Auto-Morph feature of the Warrior Wheel is that you roll it along the ground (preferably a hard, flat surface, as it will not survive as long on carpet) and let go. Then when it runs out of inertia, it will fall onto its non-detailed side, and then Auto-Morph into Robot Mode all by itself! To encourage rolling it to activate the feature (as opposed to holding it and letting it simply drop to activate, which is just as possible), Bandai America provided a specialized flat 9”x9”cardboard target that you can aim for and try to get it to Auto-Morph on the center when it stops rolling! 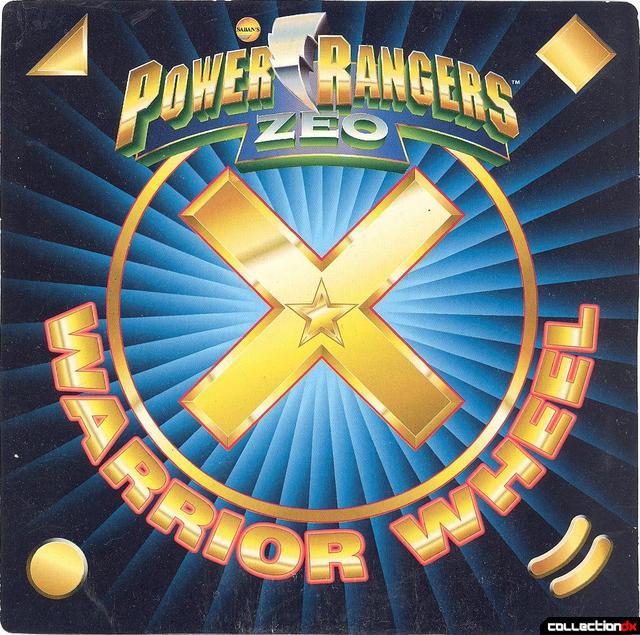 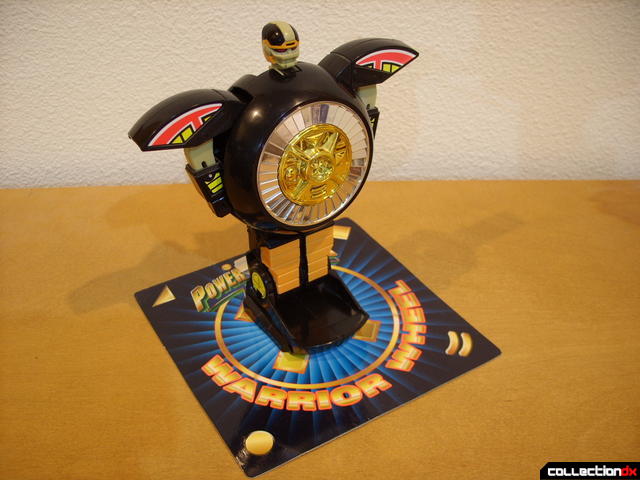 For those of you wondering what the differences are between the Deluxe Auto-Morphin’ Warrior Wheel from “Power Rangers Zeo” (1996), and its original Japanese counterpart- the DX Tackle Boy from “Chouriki Sentai OhRanger” (1995), the answer is simple: there are no differences between the two. Paint applications, decal designs, materials- everything is perfectly identical! Only the cardboard target was designed to have different printed graphics for its English-language release, even though they are both the same size and serve the same function.

Even though it has the “Deluxe” labeling, this isn’t really that kind of toy; more like a glorified vehicle playset with no feature other than a spring-and-gear-powered transformation gimmick. Just ignore the “Deluxe” part, and you won’t drive yourself crazy. (Trust me on that.) If I’m not much mistaken, there was a 3” posable action figure made of this Zord, so that took care of protests in that area. I didn’t want an action figure [even though I want(ed) more posability in Deluxe-sized Megazords), I wanted the fully-featured version of the character. Auto-transformations can be good or bad depending on who designed them and how they’re executed, but in this case it works. That its back is completely hollow is kind of lame, but considering what it does (and other past examples of giant Power Rangers robot toys), I’m willing to forgive that glaring oversight. I’ve heard that over the years this toy has developed kinks in its transformation (arms sticking, like mine does), and won’t always unfold correctly. Considering the delicate internal gear timing needed to keep this thing’s balance both as, and after, it transforms, that is understandable. 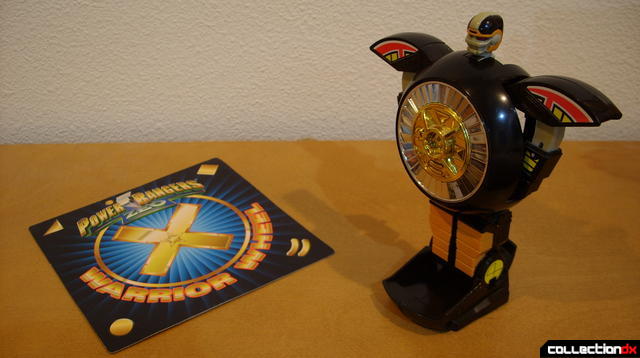 I’ll be petty for a moment here, and say a manually-transformed Deluxe toy would have been nice to sell separately on the shelf right next to this one in case someone wanted it to the same scale as the other transforming Megazords, but was willing to sacrifice the Auto-Morph feature for posability. I would probably have gone for that hypothetical one first. I can’t complain with what I have here either, because having a toy that transforms by itself is a fun feature, and the Deluxe Auto-Morphin’ Warrior Wheel pulls it off well despite its awkward proportions as an American football-inspired giant robot.