I get things in the mail sometimes, not always things that I ask for, but hey, when toys show up at your door, why question it?

One such toy I got in the mail is this "Deformation Mech: Battle for the Wilderness". Clearly it's an unlicensed Optimus Prime and Grimlock statue, but where is it from?

The toy is available on OtakuPlan's site, but it's not labeled as unlicensed.

The toy comes in a rather large box, with no Transformers labeling or copyright info. What Is there was the manufacturer, Bao Xin Long Toys out of Shantou China. The toy came rattling around in the box after it had torn free of the base secured by ties. 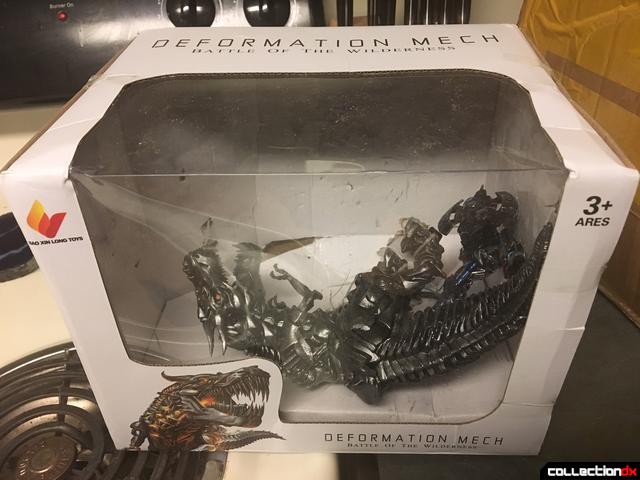 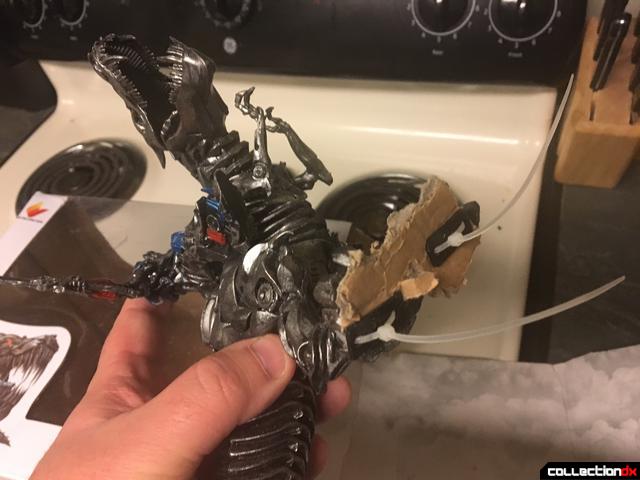 The sponsor apologized for the poor packaging. Despite the package condition, the toy arrived unbroken and in good shape.

Grimlock and Prime come in at about 6" tall and 10" long. The figure is made out of a super hard PVC. To my surprise, it's actually quite nice. It's probably the only thing I give a crap about in the trainwreck of a movie that was Age of Extinction.

The toy is based off of a statue that comes with the limited Blu-Ray edition of the movie:

Here's the thing though. With the original at only $3 more (with the movie, and stand) why get this? I can't see a good reason. However, this comes from China, where this set may not be available, and for that market it may be reasonable. But for here it does not make a lot of sense. It's a case of not knowing your target market really. But enough about economics, lets talk about the piece itself: 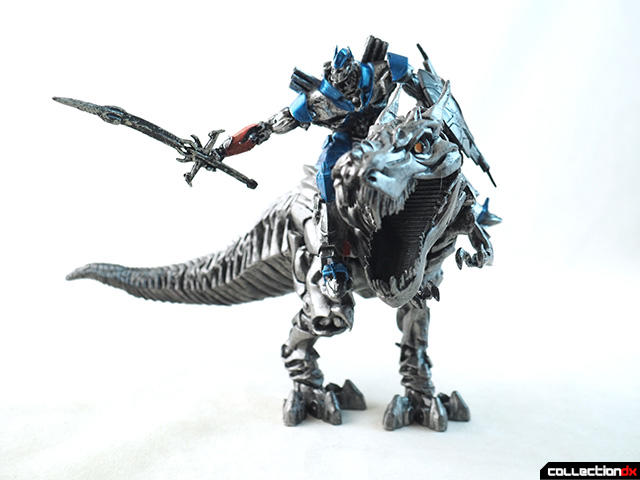 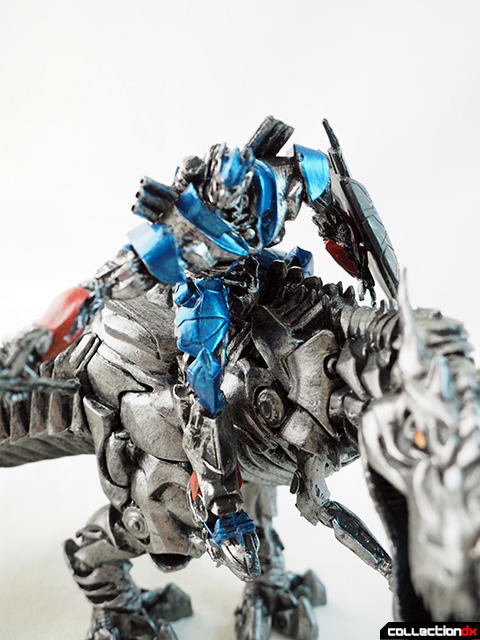 Optimus and Prime are nicely sculpted, and if it's any consolation they are great quality. Maybe they are actual pieces from the original production run, left over? Prime is held in place with a peg, and is removable. 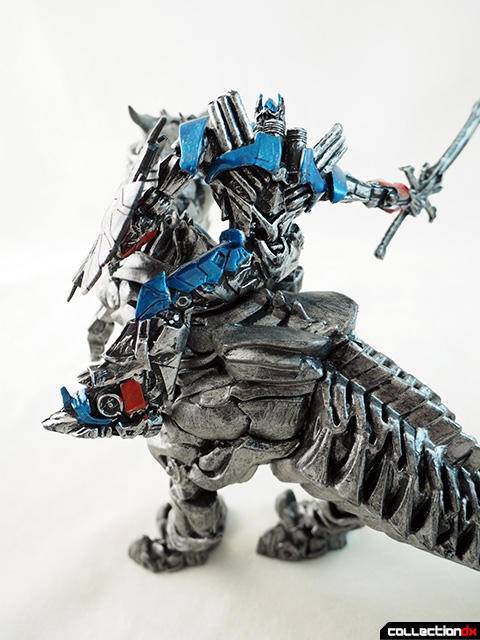 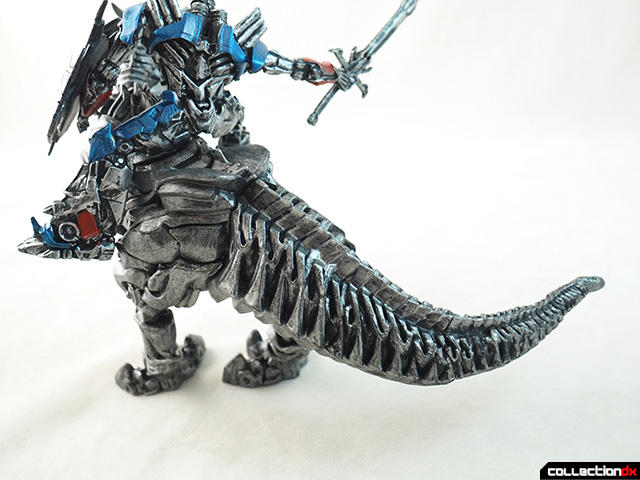 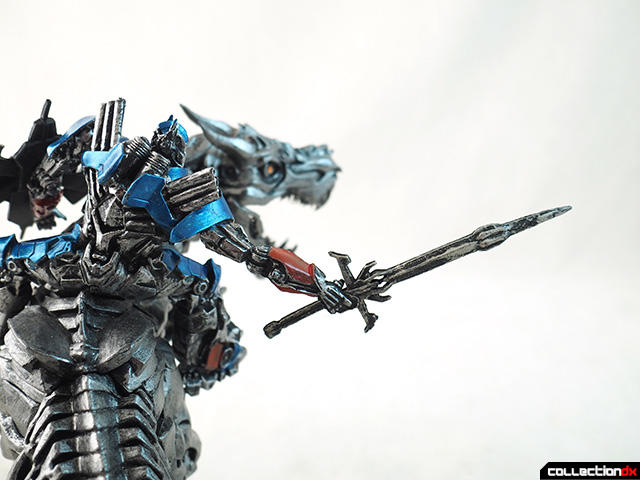 Grimlock in dino mode is just killer. This vision of the character from the movie is maybe the only thing I liked about Age of Extinction. I don't even care for the robot mode, so this iteration is ideal for me. 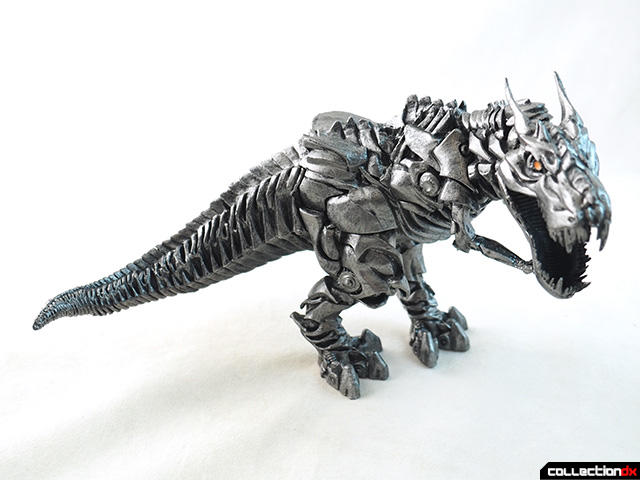 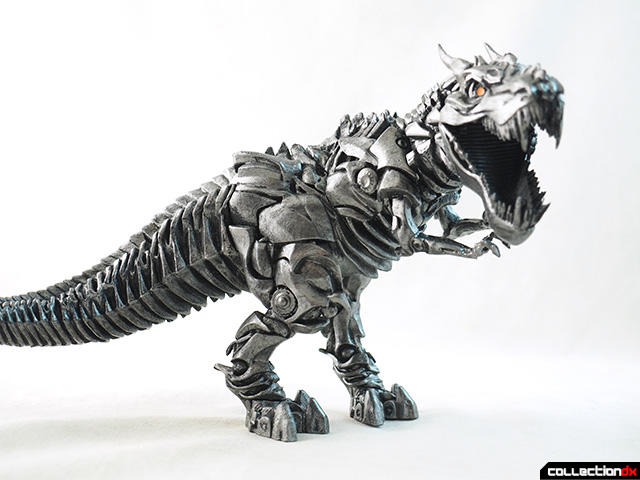 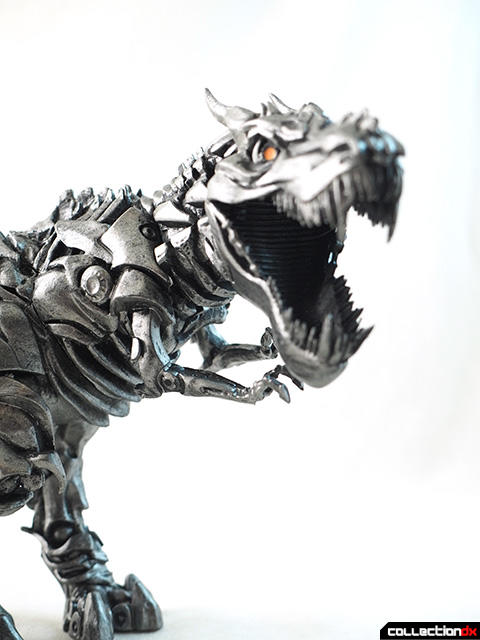 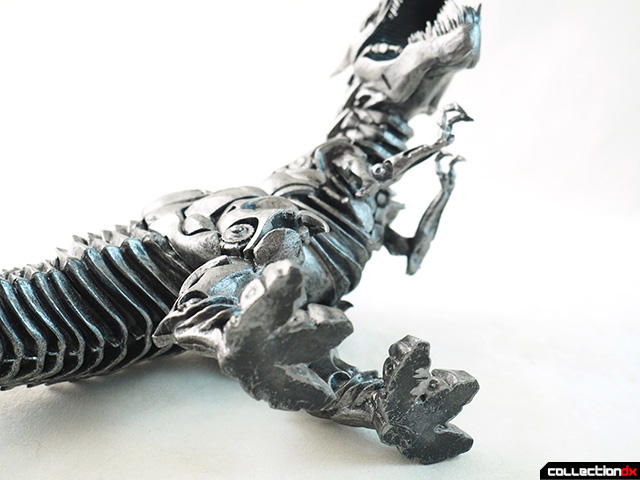 Prime is small and not articulated. His sword is a little bendy, but can be straightened out with ease. I was suprised to see his feet were posed so that it can stand independently of Grimlock. 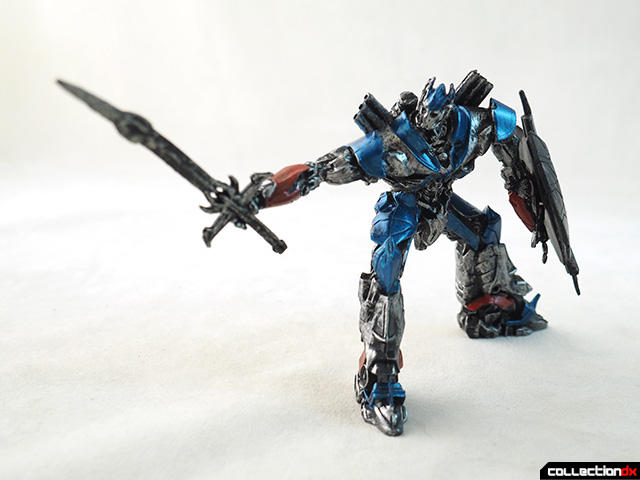 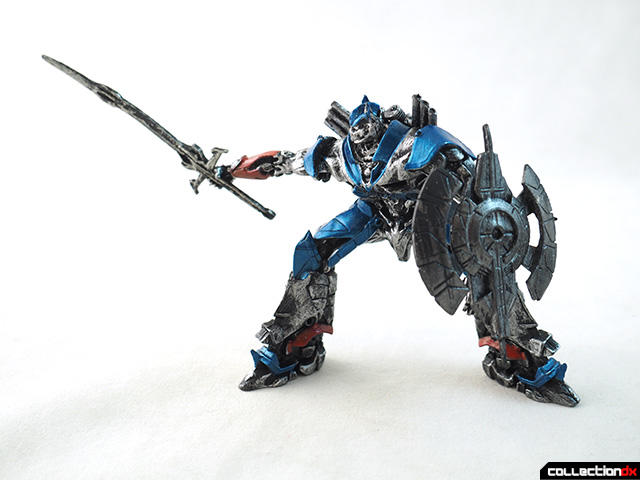 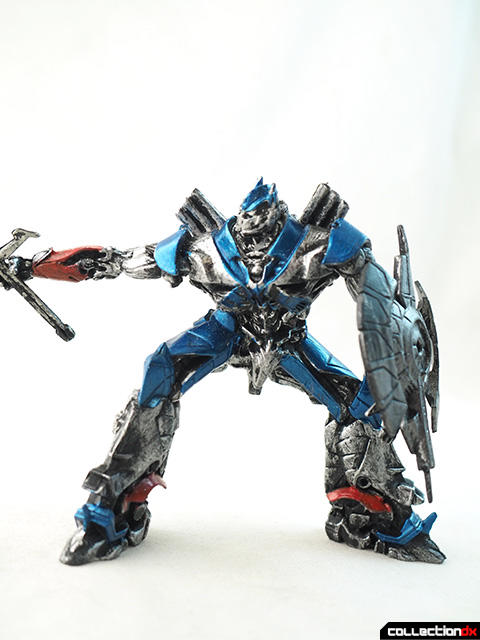 If you want one for your collection, you can get one from OtakuPlan.