Defendor comes from the second series of Super Gobots, released in 1985.

There are quite a few differences, which I will address later.

The Super Gobot boxes are awesome. While compact, they manage to show all relevant information as well as a cool painted cover. Each box had a book cover front that opened to see the toy within. Cardboard was sturdy and I like how each box is the same size. Inside the toy came in a nice styrofoam tray. 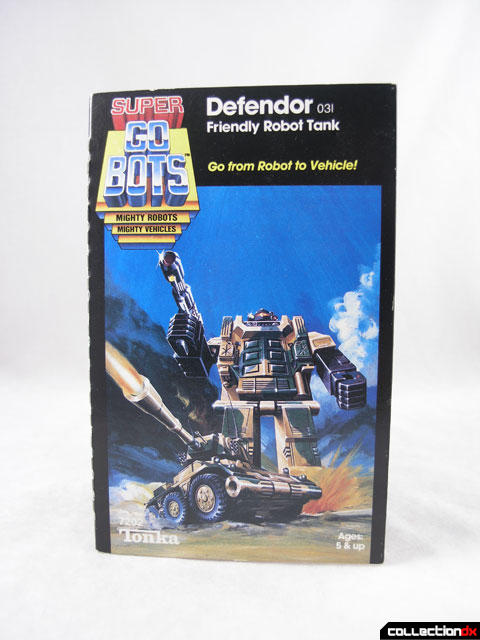 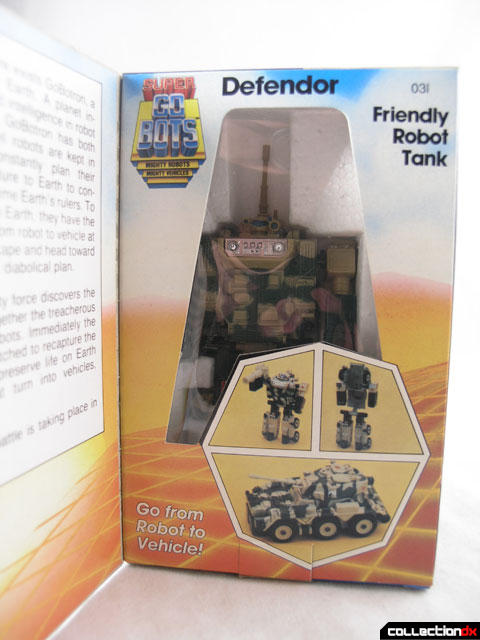 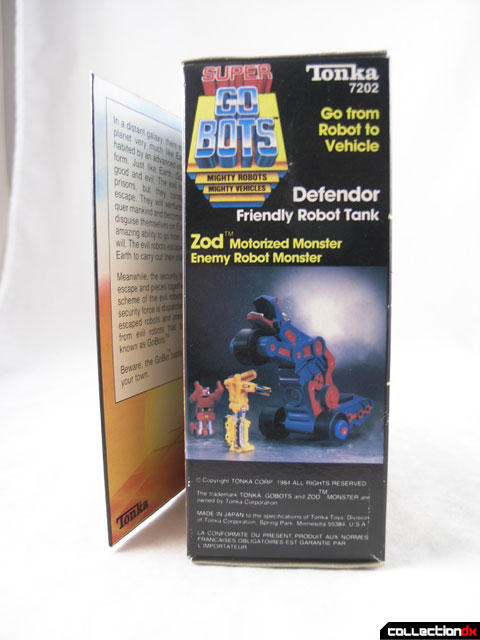 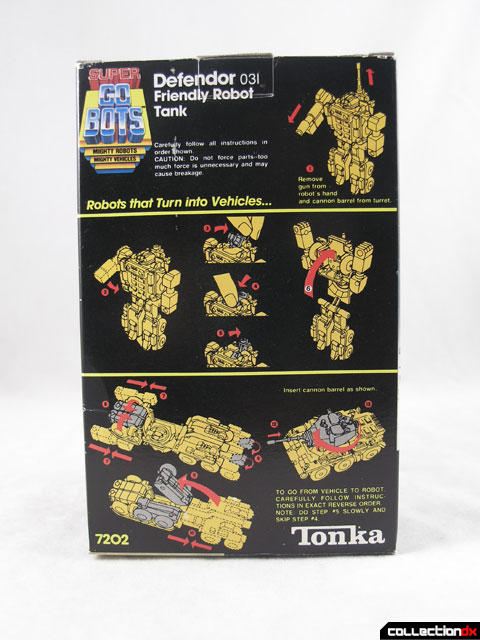 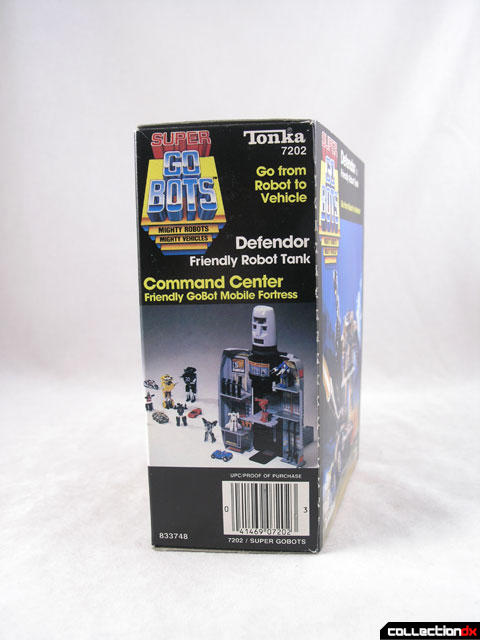 Note that while the image inside the box shows the tank turret facing the longer side, this is actually incorrect. The barrel should point to the shorter side.

Defendor's vehicle mode is that of a Saladin Mk II tank. It features six rubber wheels and a movable turret. The detail is fantastic in this mode, with painted camouflage and stickers adding to the realism. The thing is a tank, both literally and figuratively. 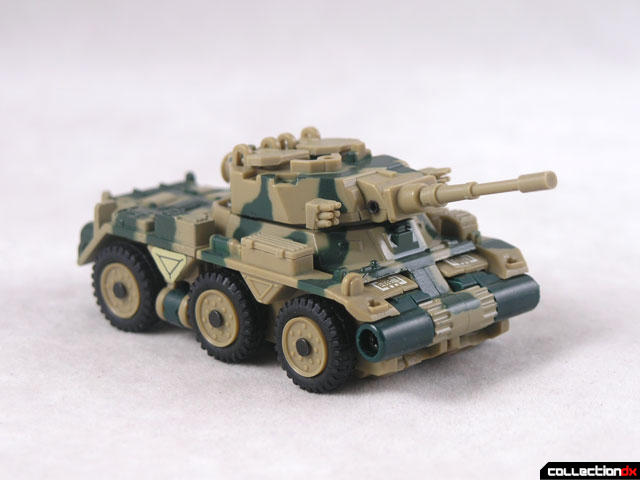 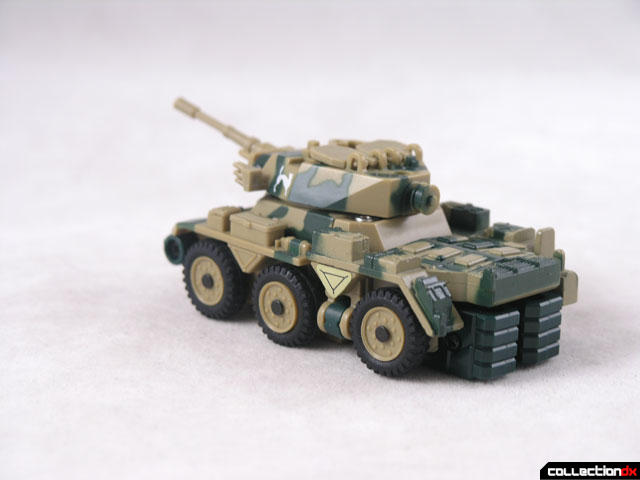 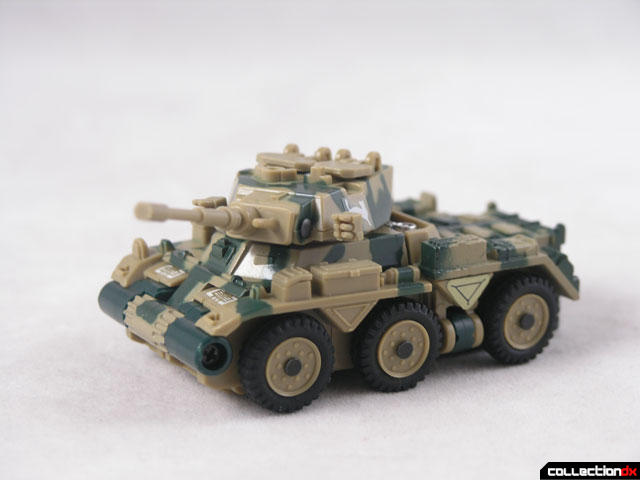 The turret can rotate and the barrel can lift up and down. On the top of the turret are small opening doors. The base of the vehicle is mostly diecast, with realistic molded detail like a molded on shovel and armor boxes that have removable covers. 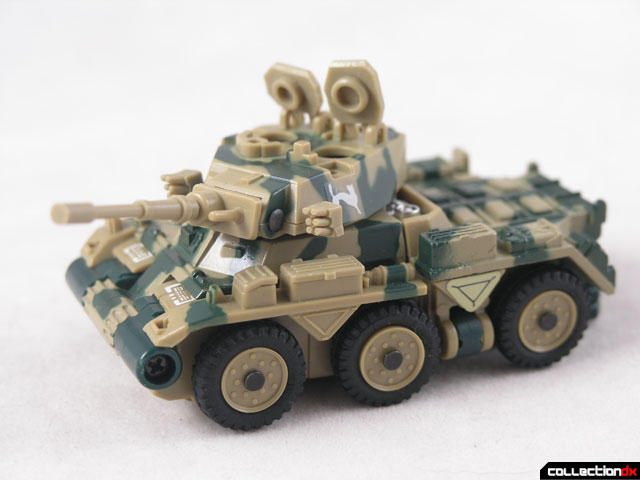 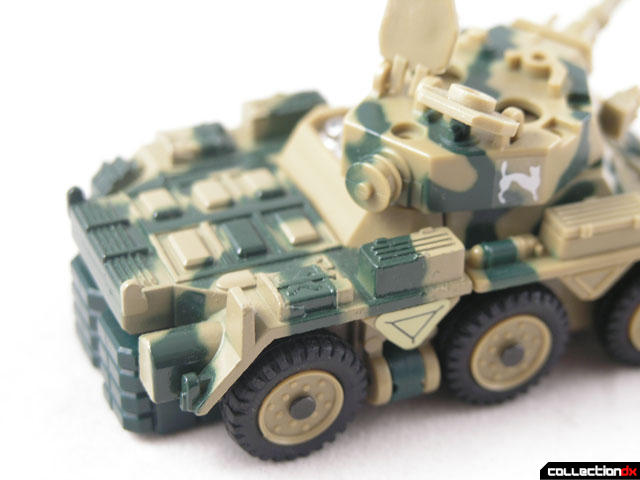 Later versions of Defendor clipped the barrel, molded in the doors and molded on the covers on the body.

Transformation is simple, but not the tightest thing in the world. Start by unfolding the legs, but be careful of the pegs that hold them in place. These are easily broken. Unfold then pull out and flip up the feet. Fold the arms out from inside and pull them down.

The tricky part is the head. The head fits snugly inside of turret and is not the easiest thing to get out. You need either good nails, small fingers, or some kind of tool to pry it out. I often find it easier to just rotate the barrel until it unhooks, take the head out, and then hook it back in. 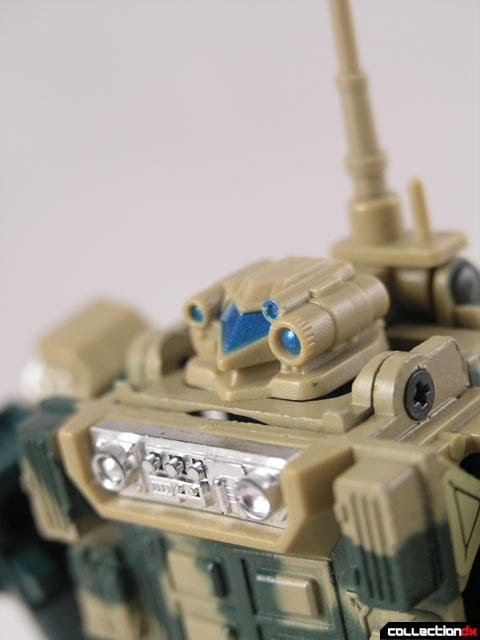 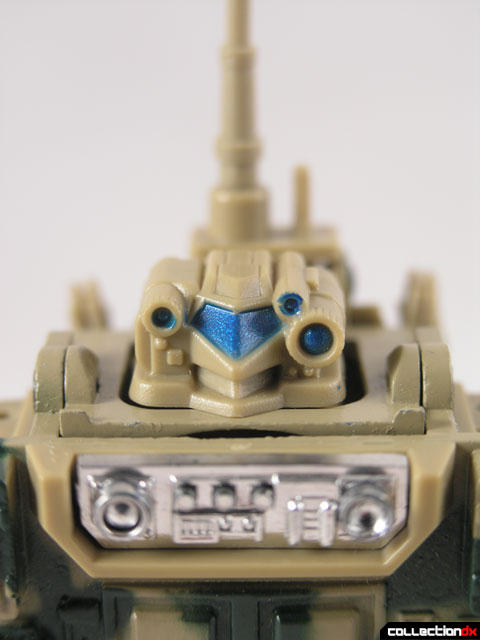 In robot mode it is a simple, chunky fighting machine. 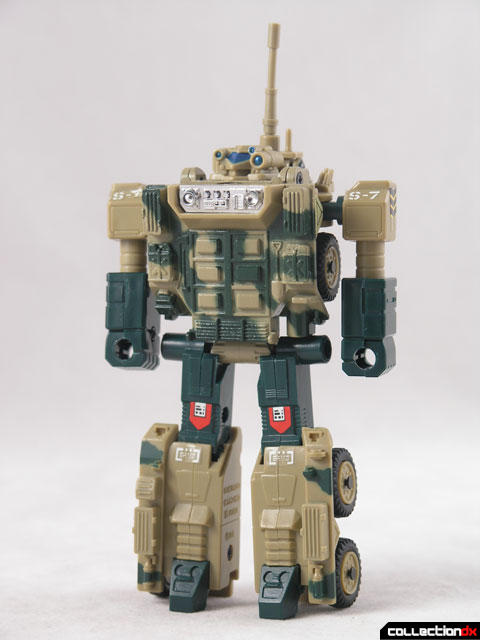 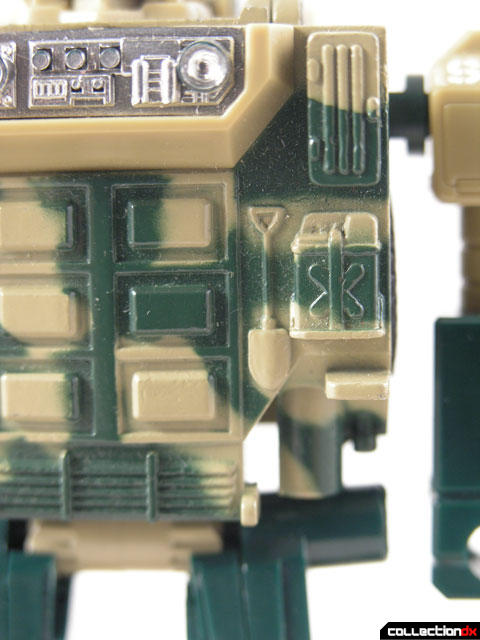 The arms move at the shoulders, and the legs at the hips, but that is it. With these toys that is all you really need. The fun was in the transformation - that was the gimmick. The looks and the metal were just cherries on top of a delicious sundae of a robot. 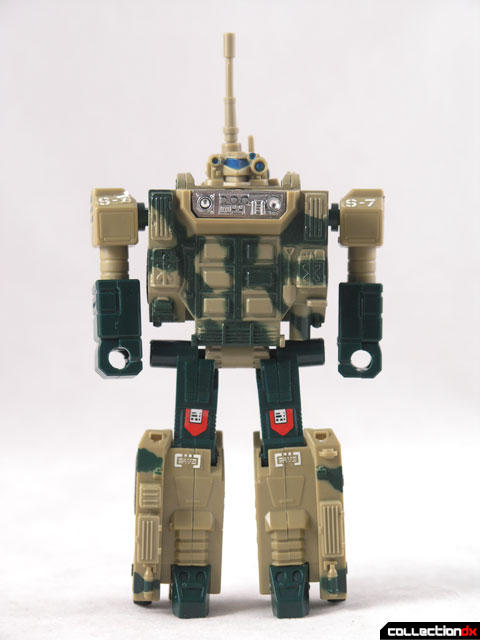 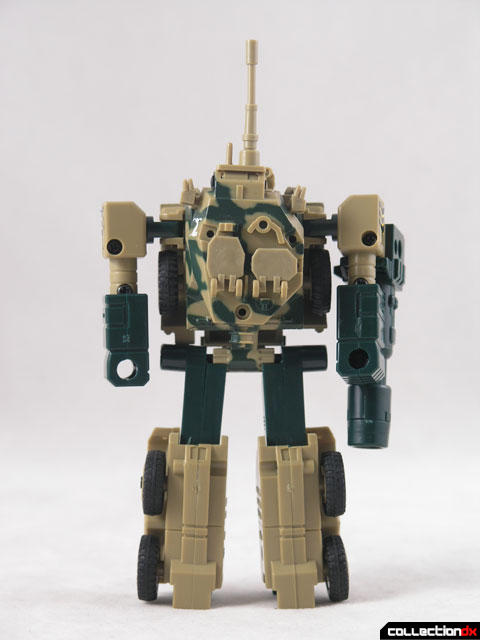 (did I actually just write that?)

Defendor comes with one weapon - a gun which looks more like a missile launcher. 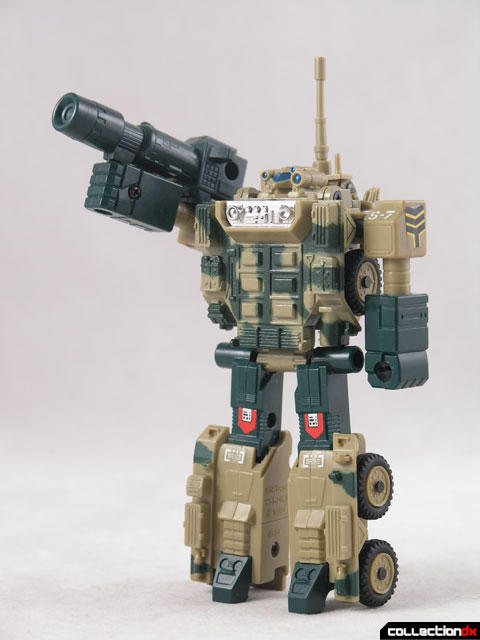 While our version of Defendor was cool, like always the Japanese version was much cooler. The Japanese version of the Saladin Mk II came in two versions. This camoflage version and a black stealth version. Both version added antennae on top (notice the holes in the turret) and the gun for the original one actually shot projectiles! There was also a chrome gun omitted from the US release.

We were robbed, I tell you!

Surprised I never had this as kid... I really liked this Gobot! I always liked the head sculpt and I love the look of the armored car and camo job and the robot looked impressive.

All my friends had this one so I just went to their house and played with it there and quite surprised as much as I liked it I have never had one for myself.