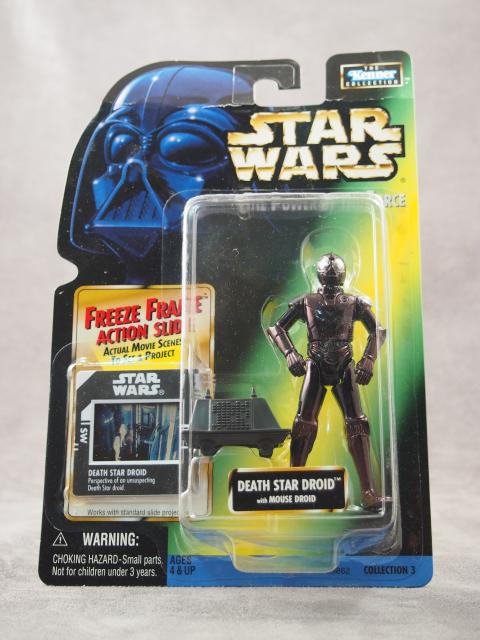 Can we first talk about the "Freeze Frame" gimmick? In 1996, in an effort to add value to the figures, each figure came with a slide with a movie scene on it. You could also mail away for Luke's Macrobinoculars, which would act as a slide viewer. I'm pretty sure they were the dimension of regular old film slides, which were viewed by a slide projector. A technology that nobody was using anymore at the time. There also was a binder you could send away for to store all of the 59 slides. 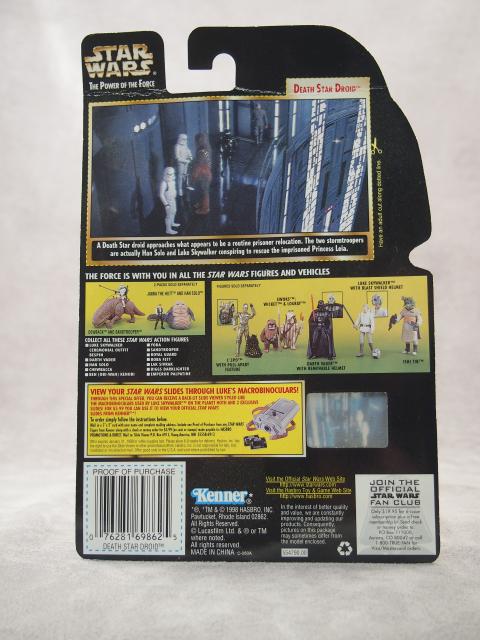 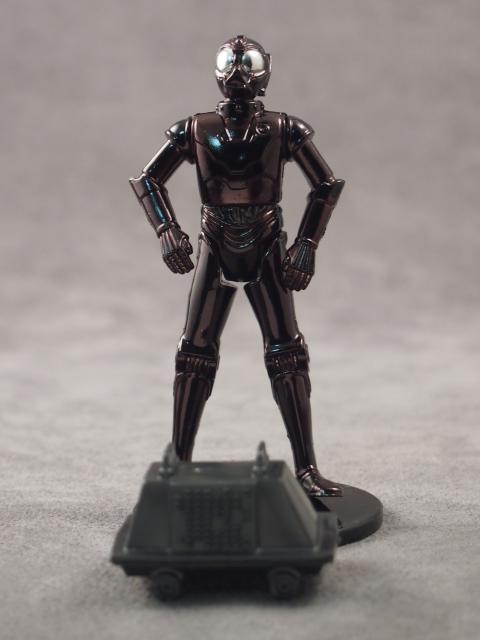 Anyway, this figure is AWESOME. It's got this great subtly black / bronze chrome finish that POPS. It's just stunning. 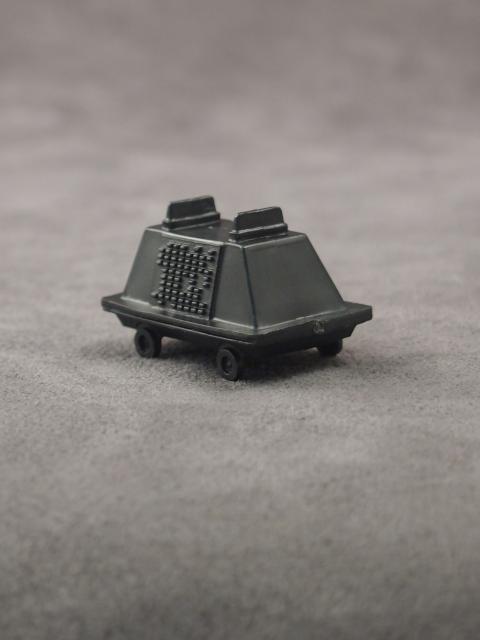 The Mouse Droid is just a lump of plastic, but it's nice to get it in scale, in toy form. 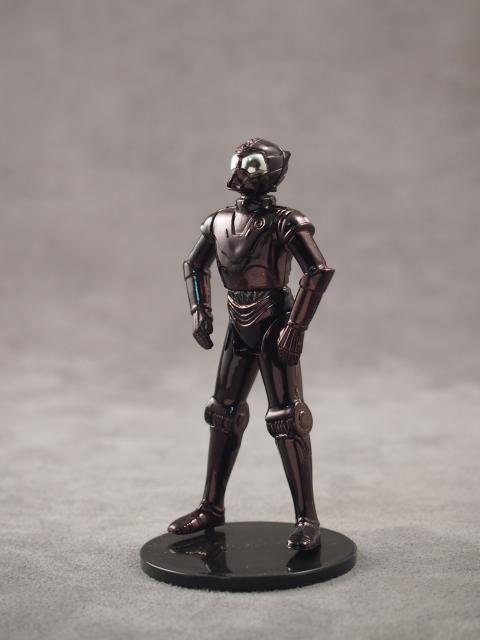 Just look at how the light hits this figure. It's beautiful. We NEED one of these in the Black Series. 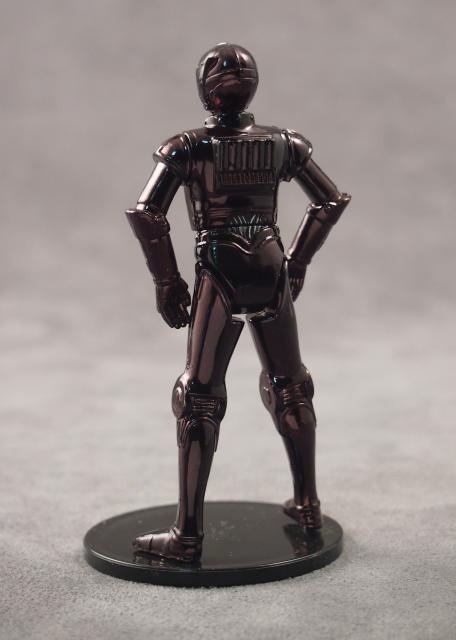 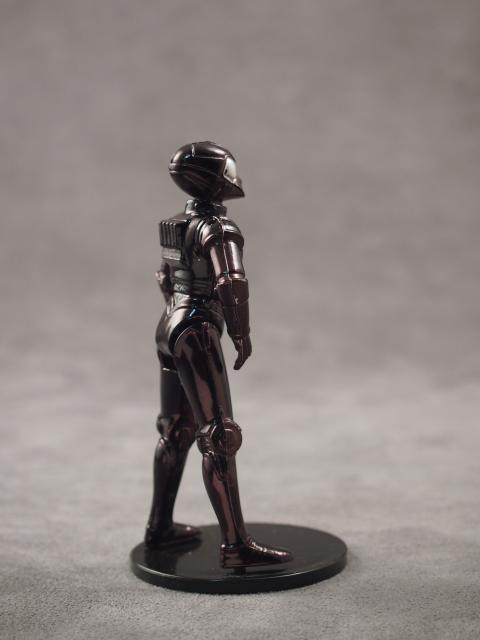