“Okay, let’s make a comic about Batman but instead of being a cool, goofy guy like Adam West let’s make him into a muscle-bound maniac forged in the nightmare realm--and Superman can show up, too.”

That’s how I imagine the first production meeting going with DC and Frank Miller. Despite this, what we ended up with is what I and many people claim is one of the best--if not THE best--Batman comic ever written: The Dark Knight Returns. I read it for the first time earlier this year and was simply blown away. So when I learned that Mattel was releasing toys from TDKR for its 30th anniversary, well… I was perfectly stoked.

With this, we have the 30th Anniversary Superman figure from Frank Miller’s iconic graphic novel The Dark Knight Returns. Mattel is rarely up to par in today’s toy industry, what with lacking double joints, quality sculpts, good properties, etc, but sometimes they make a toy that at least LOOKS so good…. you just gotta have it. 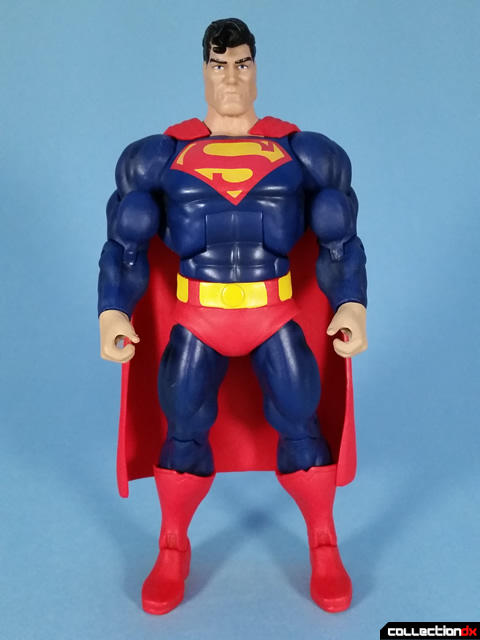 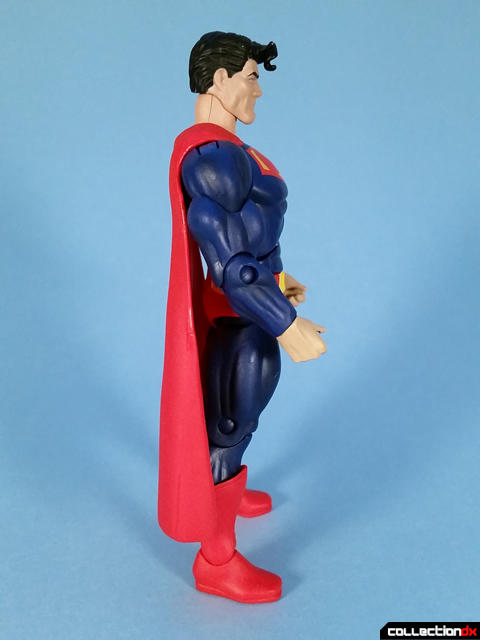 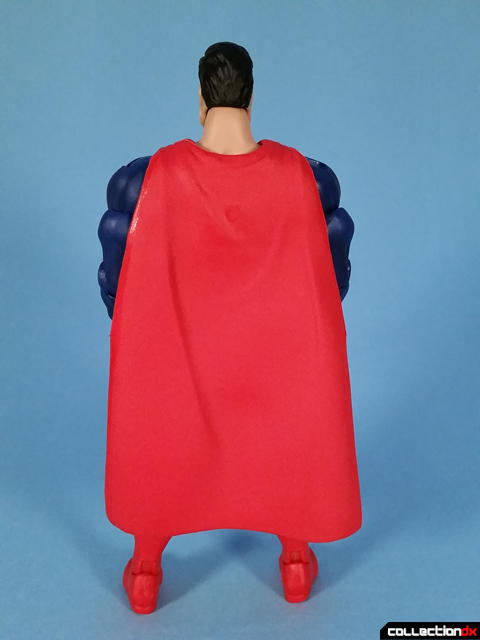 Mattel’s DC Superhero figures have never been great nor have they ever been nearly as good as Hasbro’s Marvel Legends or Universe lines (most notably in the articulation department), but Clark Kent here--as he is never called “Superman” in the graphic novel--stands out as being better than most because he shares the Masters of the Universe body; what he lacks in articulation he more than makes up for in muscular mass, girth, and overall sculpt. 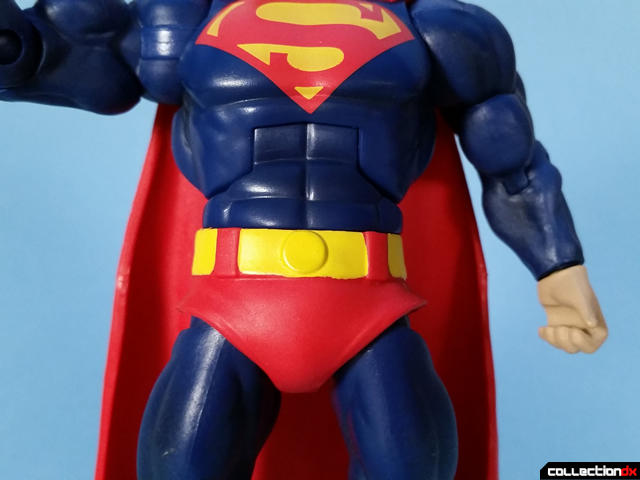 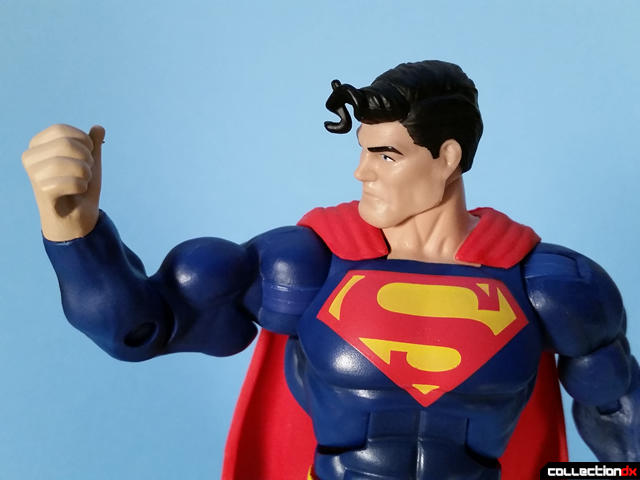 He’s roided out and honestly HUGE. While not as sketchy and.... deformed, shall we say, as Miller’s design and art, I couldn’t mistake this Superman for any other iteration (doubly so with the nuclear hair curl and the vaguely Reagan-esque visage, both perfectly exaggerated and undeniably present). 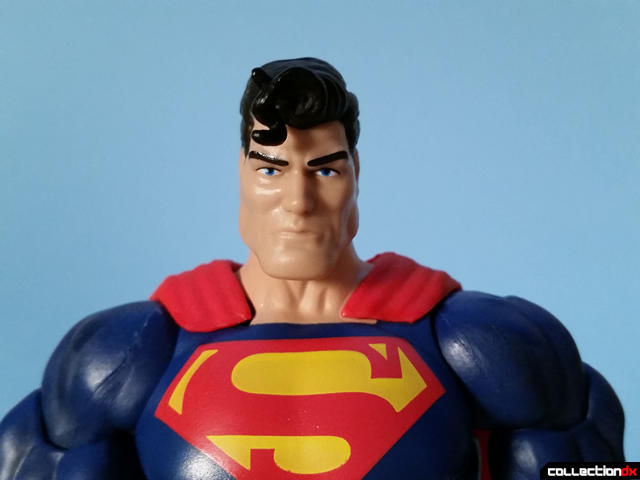 There isn’t a ton of defining detail and paint for The Man of Tomorrow in general, but what’s there is strong and tight. The S emblem is plastered over Kent’s open plains of a chest and the tampo transfer is strong. Everything else is molded plastic except his yellow belt and blue eyes. The eyes are fine but your milage may vary with the belt, as they vary in quality.

My one, minor qualm would be that the colors--while appropriately Superman--play it too safe and don’t accurately mimic the colors on the page: the red is too red (it’s more vermillion); the blue is too dark; and the yellow isn’t golden enough (although my camera shows it being perfectly golden here; in real life, it's much more crayola yellow). 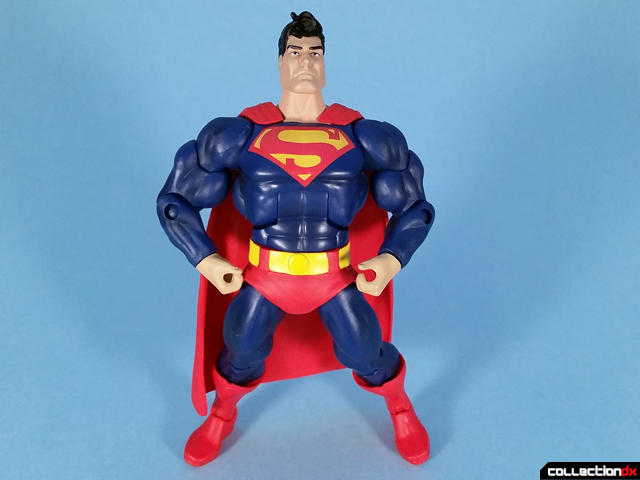 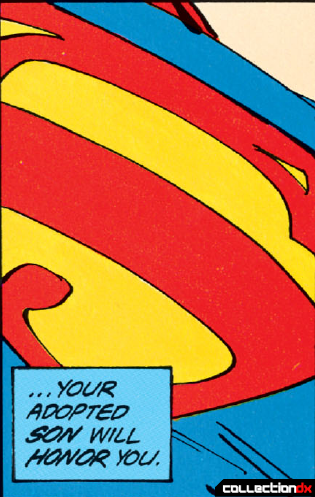 This doesn’t detract from the toy, but it would have been a nice consideration to have implemented (doubly so since I prefer the less safe colors in the novel).

The articulation is… not good.
It’s barely acceptable in this day and age, even considering it being such a stout mold.
His knees and elbows are single-jointed and the absence of ankle tilts makes for many unholdable poses (not that you could do too many to begin with; Clark’s underoos are made of a soft plastic, so his universal joints bounce back when moved outside of, let’s say, 20 degrees forward). 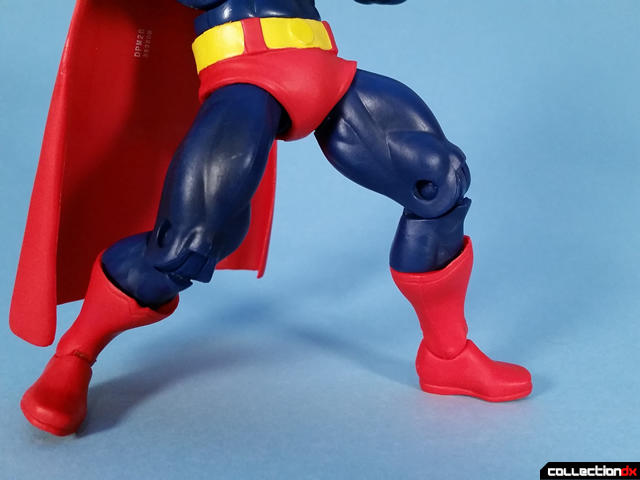 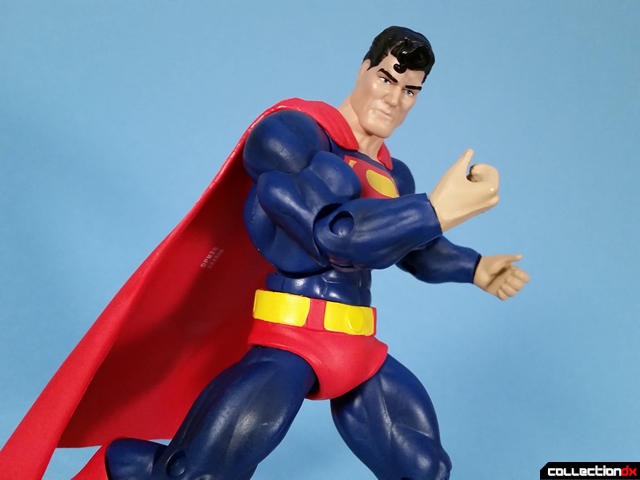 His shoulders and thighs are universal, which is nice, and he’s sporting an ATOMIC ab-crunch. His head is also on a single ball-joint which makes him comfortably emotive. Contrary-wise, the lack of articulation does make for a very solid looking toy; there’s not a lot of disruption to the sculpt, so I guess that’s nice. 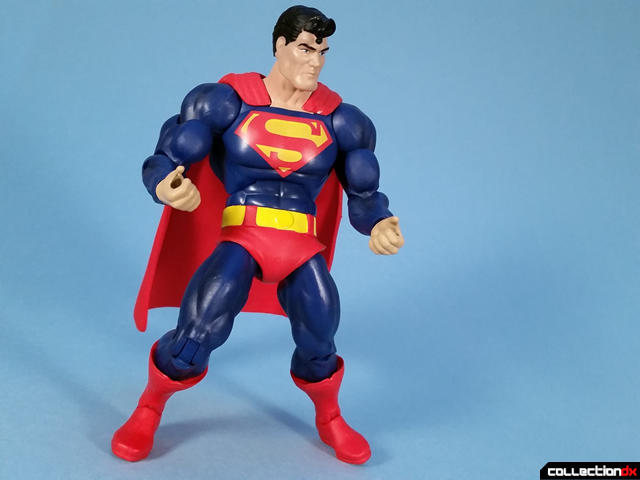 Just get ready for a lot of INTENSE_STANCE.jpg poses… 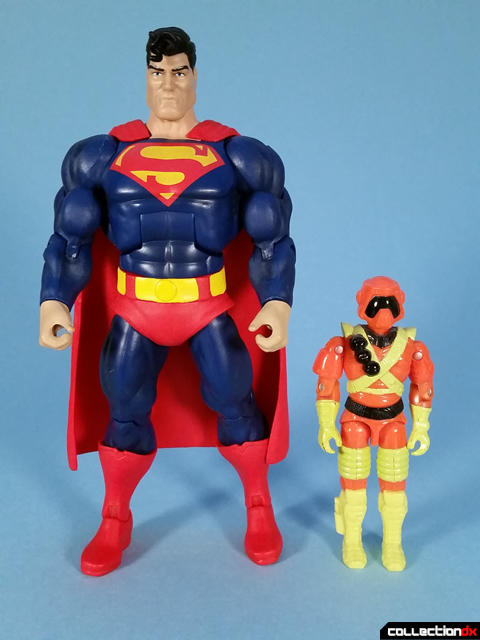 The Big Blue Boyscout comes with a lone accessory: 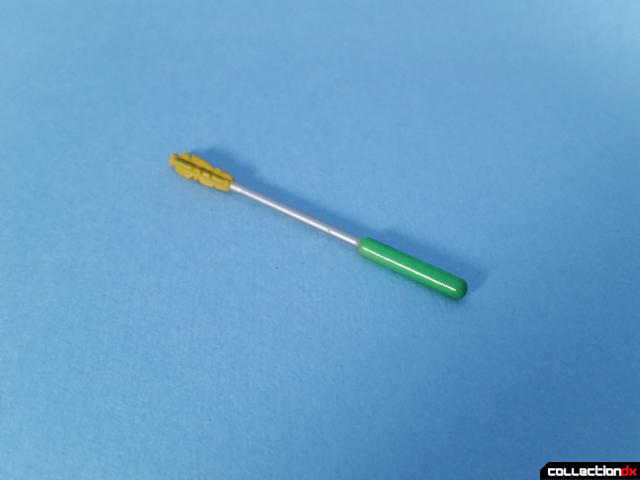 Superman can hold it.
Kinda. 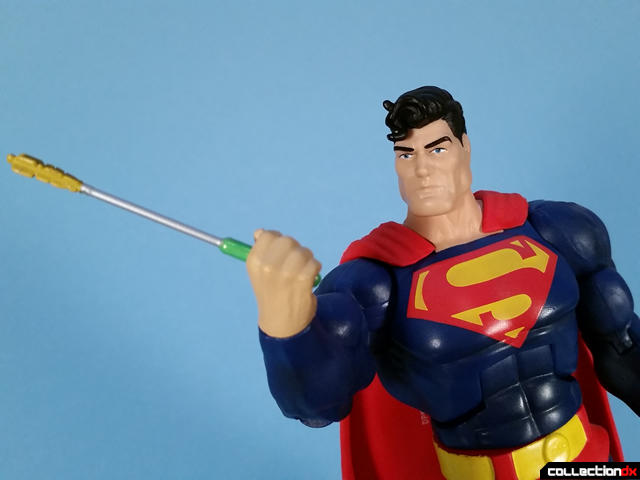 All in all, for $20 you’re much better off getting a Hasbro toy of equivalent size with much, much better engineering; however, if you’re like me and love this version of Superman or just need a Superman to lock fists with your Miller DARK KNIGHT… 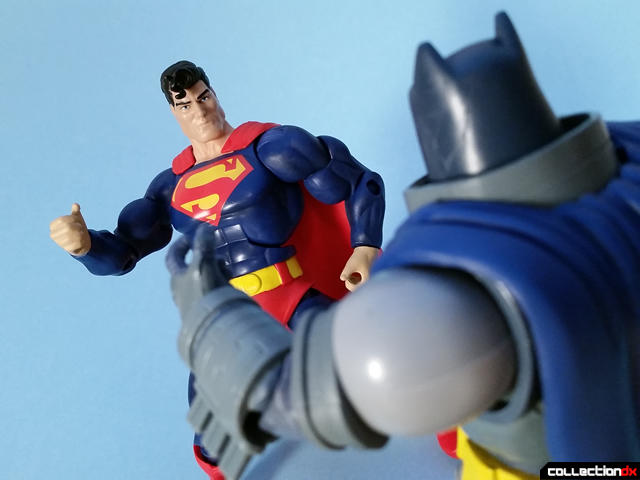 … then you’ll be satisfied. Just don’t expect the be blown away by more than a great sculpt and a dynamic looking figure with a ton of shelf presence.