The retro cards are amazing. They look as if they belong on the pegs next to Star Wars toys in '79. 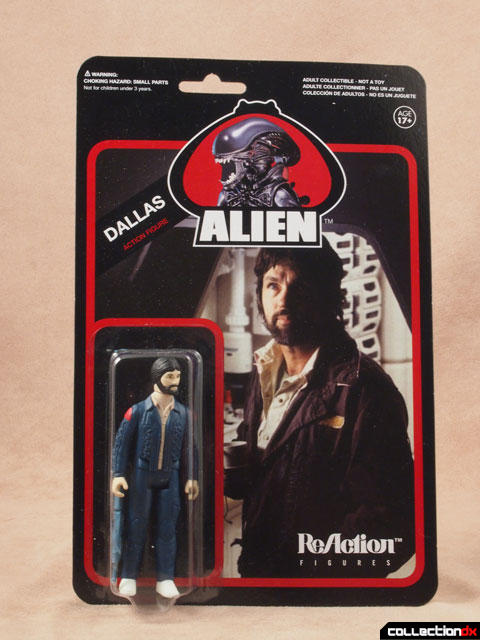 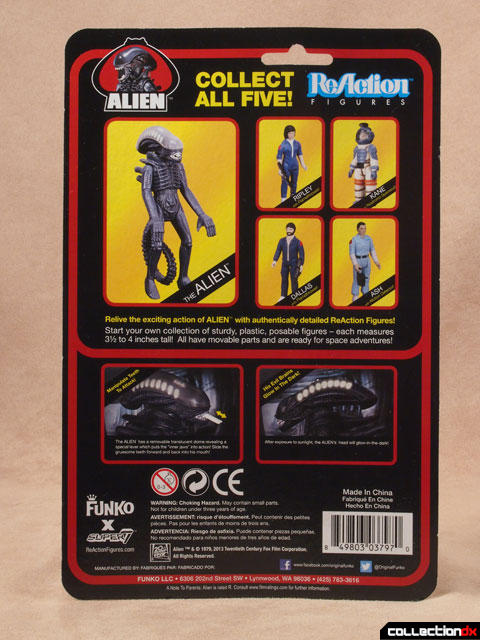 Dallas was the captain of the ship Nostromo and portrayed by actor Tom Skerrit. He's shown here wearing his pilots outfit with the ships name stenciled on the back. The toy has 5 points of articulation and is cast in blue PVC with multiple paint applications. The head is a decent likeness and the suit has great detail. 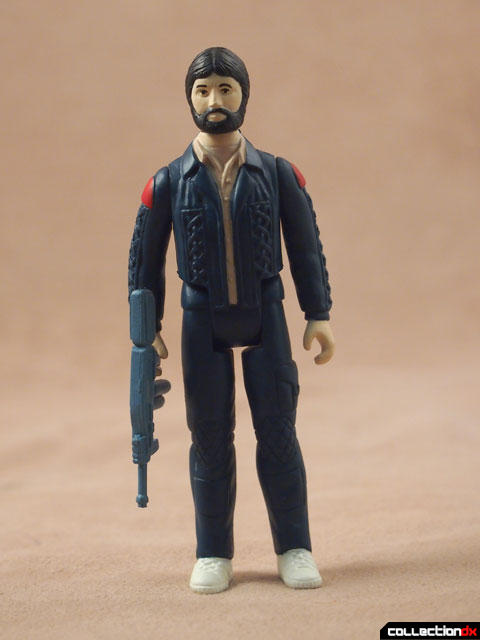 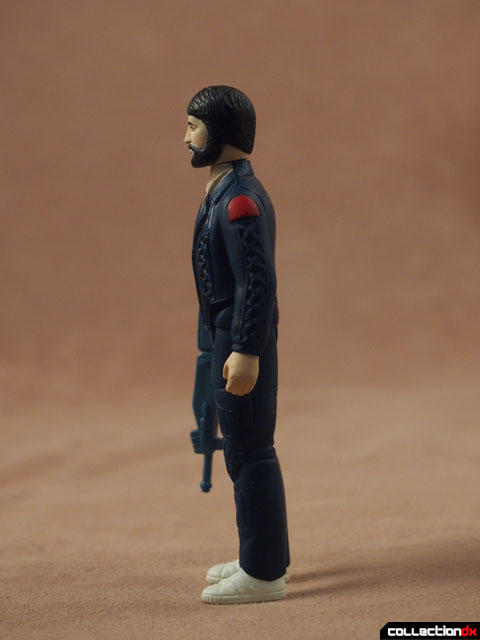 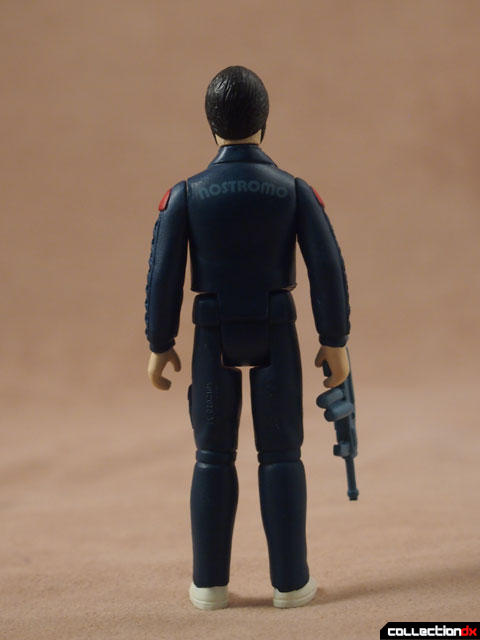 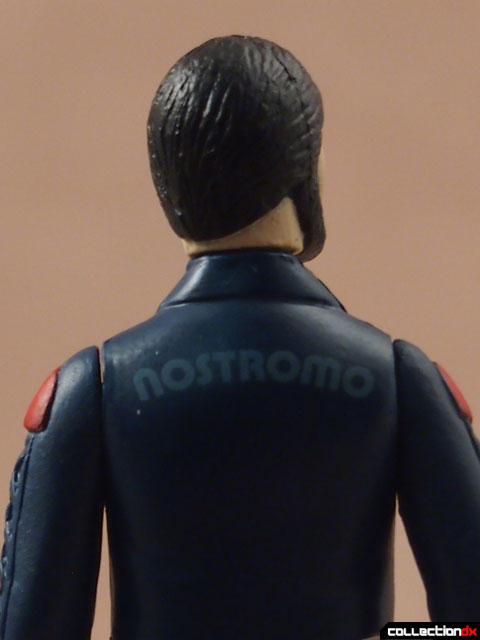 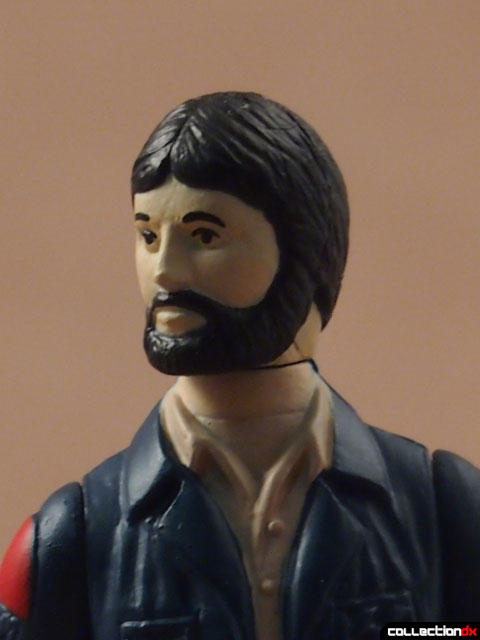 Included with Dallas is a small flamethrower weapon,, case in solid blue, it's a bit lighter than your classic star wars weaponry but it works. When you open the card, the flamethrower is taped to the side of the bubble. 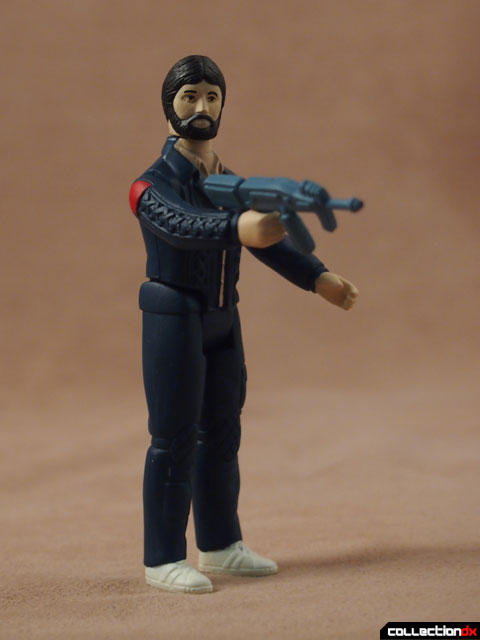 In keeping with the nostalgic tone, Dallas has the hexagonal holes on his feet in order to attach to any of the numerous action figure stands made for vintage toys. If you went to SDCC in 2013 you may have picked up some special stands from the Super7 booth (as shown with our sample figure review). Otherwise you are out of luck and need to find some third party or vintage stands.