Much like Liabe, the Shogun Action Vehicles Daimos Truck seems to be a later release and one not commonly found. They do turn up from time to time but seemingly with far less frequency than others in the line. And though I could be wrong, I get the sense that this also shares a lack of love with Liabe. At least, I rarely if ever hear anyone even mention it.

The Daimos Truck (and that may be the lamest name in the entire Shogun line) was originally the PB-50 Daimos Tranzer from the Popinica line in Japan. I do not own an original to compare but it appears to be essentially the same toy, even with the "Tranzer" sticker still in place, perhaps minus a couple of accessories. 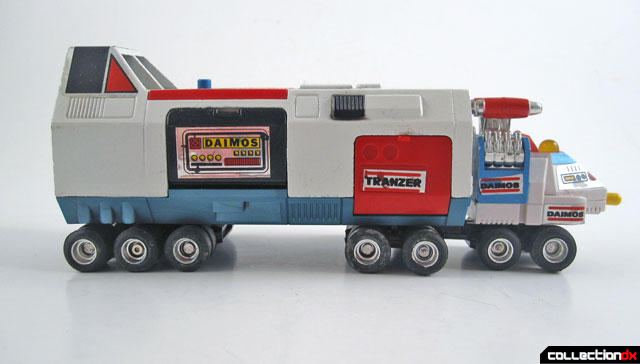 The Daimos Truck contains plenty of die-cast metal, with the rear section being almost entirely gokin. And there is several hidden compartments and missile launching gimmicks as well. The most cleverly hidden missile launcher is the one directly in front. In order to fire the yellow missile pointing out of the front of the vehicle, you must depress the transparent yellow dome on the roof. 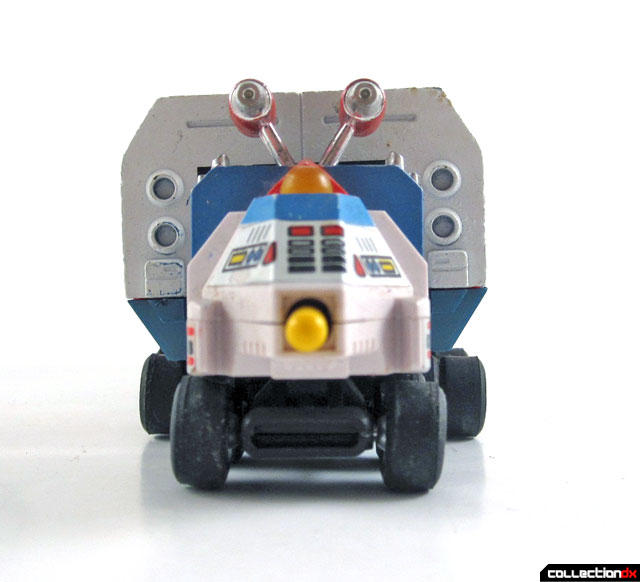 The truck also contains five opening doors. Three of these have firing capabilities while I assume the remaining two are simply storage compartments. The red doors closer to the front are for storage while the blue doors contain missile launchers. Each side has the same layout. 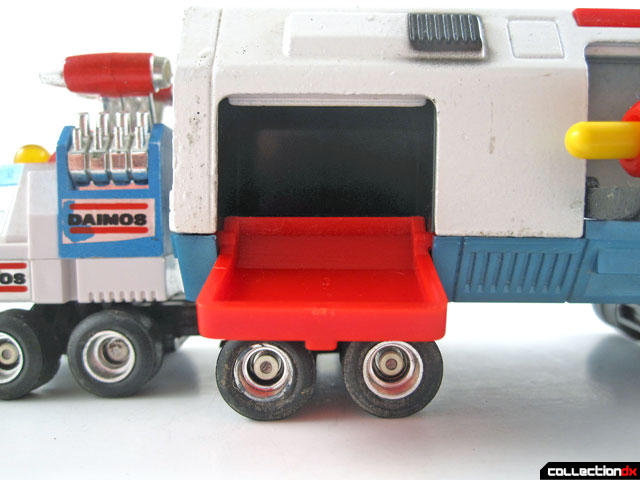 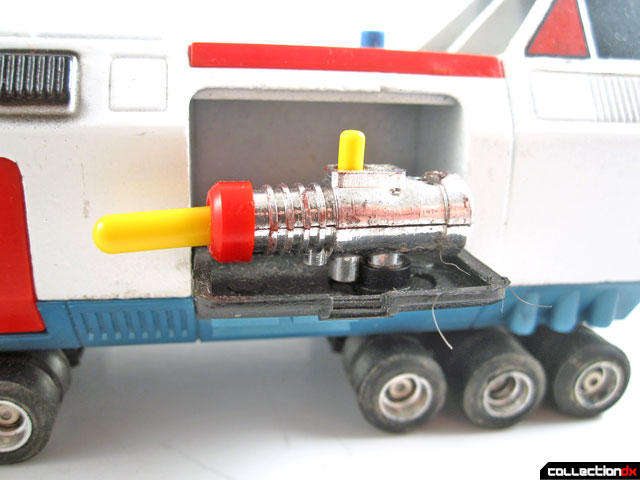 The door at the rear of the truck is a double door and when you open it and press the yellow button on the top, you can shoot out a plastic car. Although I like the idea of this gimmick, it is also the most disappointing thing about the toy, in my opinion, because you cannot store the car in that launcher and completely close the doors! 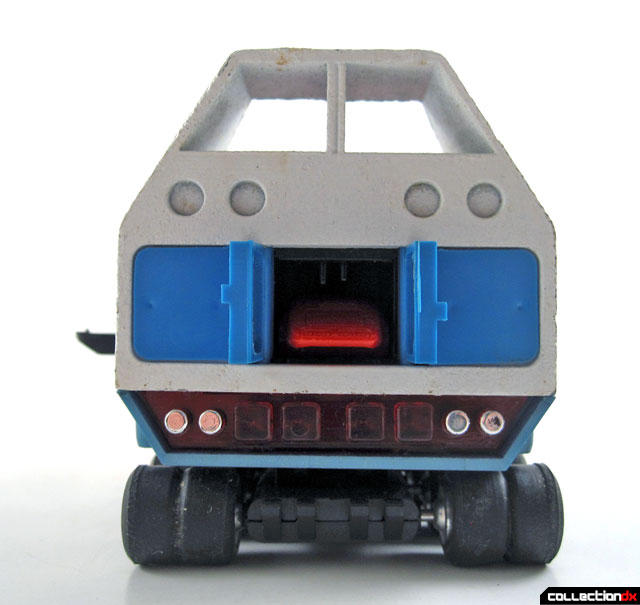 This version of the toy comes with red and white cars. Lastly, you can separate the truck into two parts, and there is a retractable metal wheel to prop up the rear section. Honestly, although I don't love this toy overall, I do think that the cab looks pretty decent when it's by itself. Of course, if you didn't figure it out already, the back of the truck forms the legs and feet of Daimos. The rest of the box is standard Shogun fare, but you might have noticed a little something different than previous reviews. This is a dual language box released in France. Almost all of the toys in the Shogun line were popular both in the US and Europe and as such have language variations on the boxes, depending on the region it is from. It would be a daunting task to collect every variation but I'm glad I have at least this one to exhibit on the site.