Ultra Magnus is probably my favorite Transformers character ever. There's just something about his stoic attitude that clicked with me as a child. I remember watching the animated film as a kid and wanting to BE him. In fact, I still do. Ultra Magnus was the epitome of cool, and that's why I have to have every incarnation of him imaginable. 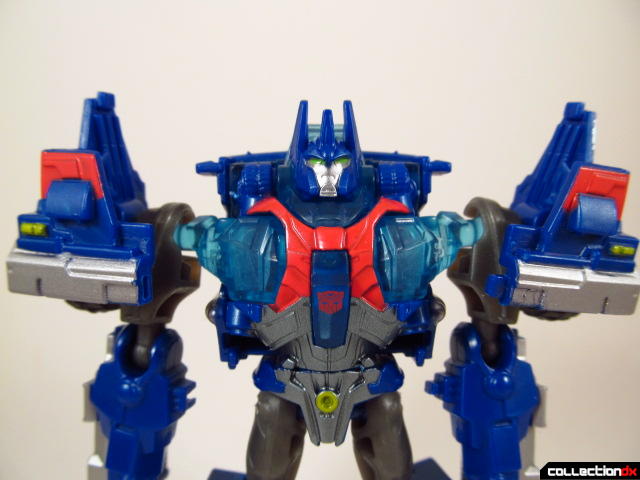 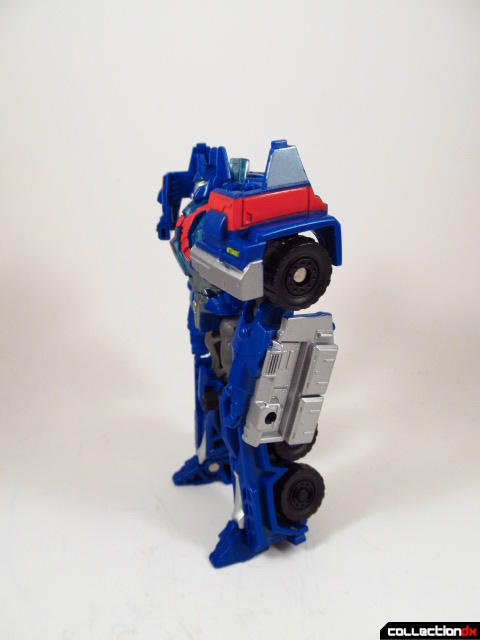 This particular figure is his incarnation in Transformers: Prime, the new CG-animated show on Hasbro's TV channel, The Hub. The neat part is that he hasn't even appeared in the show yet. Most of the characters portrayed in the toys right now are characters who have at least shown up once in the TV series. The neater part is that he is a completely new mold. Most of the time, Ultra Magnus is simply a repaint of Optimus Prime, but that isn't the case here. This makes me really excited, and I hope he shows up in the show soon. 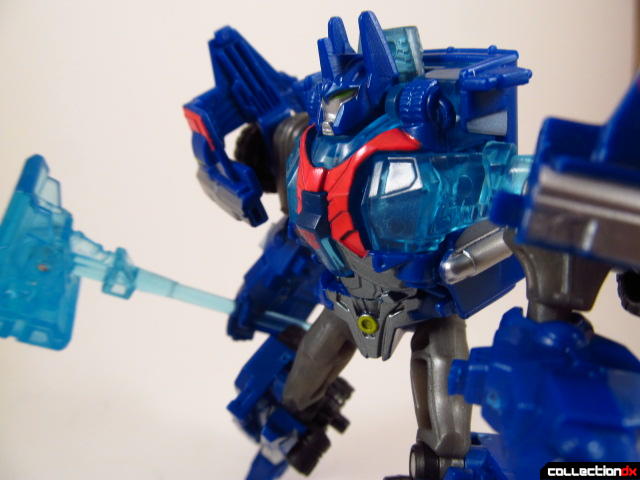 Well, let's get down to the real nitty gritty of this guy. He is part of a toy subline called "Cyberverse". For those who don't know what this is, Cyberverse is the catchall term for Hasbro's smaller scale Transformers figures. In this subline, you have tiny Legends-scale mini-figures and then you have the larger Scout-sized figures called Commanders. Ultra Magnus just happens to be a Cyberverse Commander. Since he is slightly larger than most of the other Cyberverse figures, he is able to get away with more detail and things, which I will detail further on. 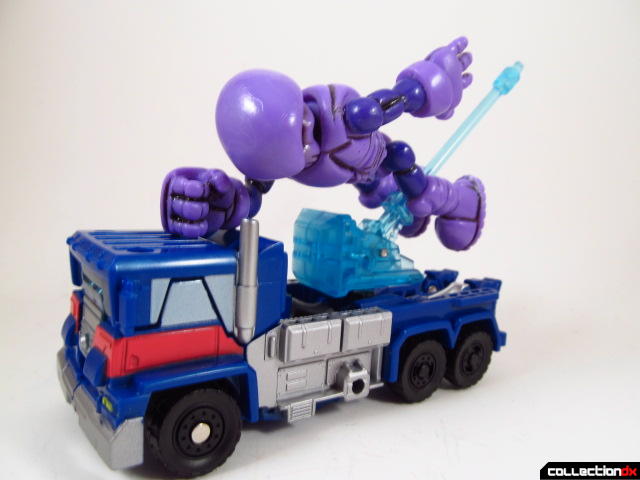 First I'm going to talk about his sculpt and paint applications. This guy fits right into the Prime asthetics. He has harsh lines all over and manages to look both chunky and sleek. It's a hard thing to pull off, but I think Hasbro did a great job here. His paint apps also look great! The blues and greys look wonderful, and the red on the chest really pops. You can definitely tell that this guy is supposed to be Ultra Magnus, even at this small of a scale. 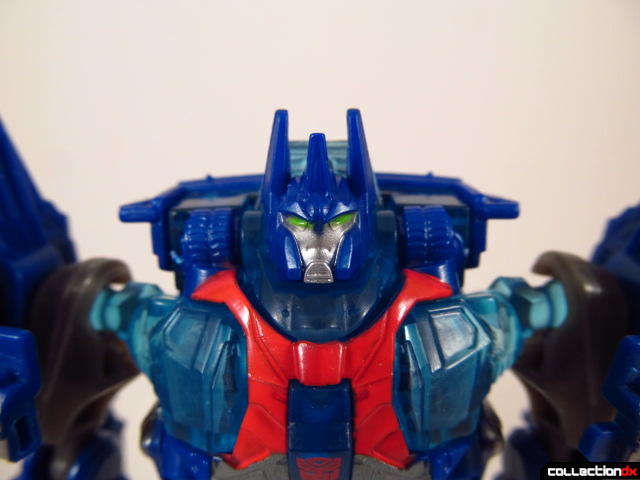 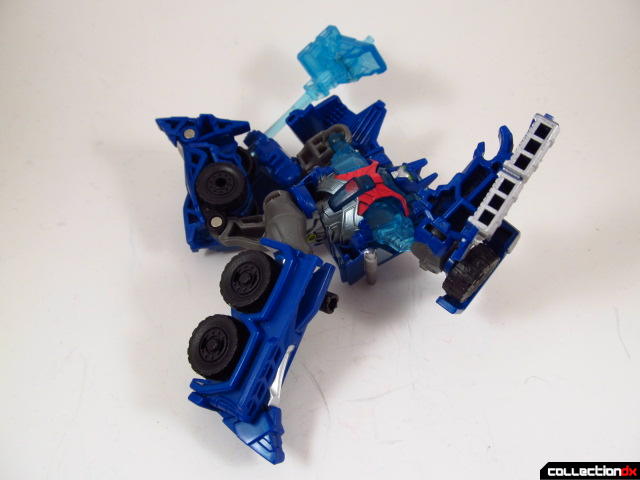 His articulation in robot mode is effective, but not mind-blowing. He has ball jointed shoulders, elbows, and hips, while he has swivels in the waist and knees. While this is very basic, Ultra Magnus can pull off some pretty sweet poses. He looks great while holding his included Battle HAMMER. 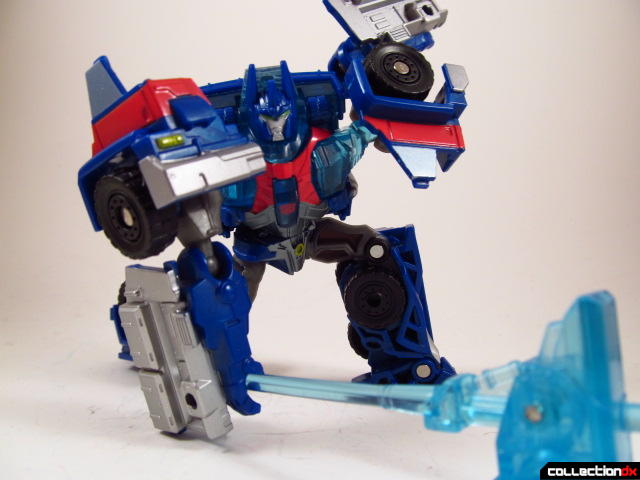 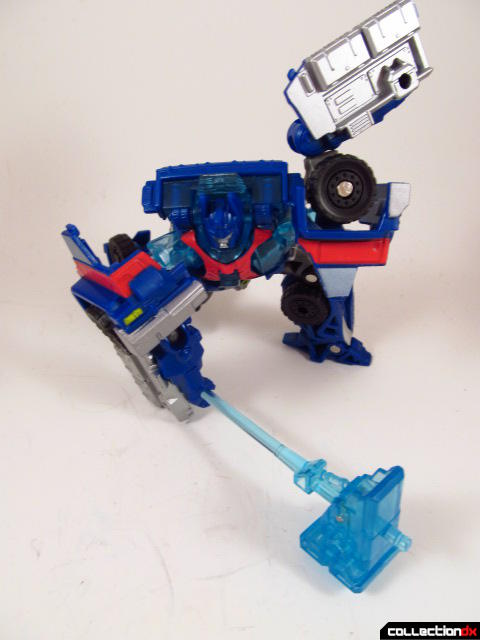 Another really nice thing is that he can hold his hammer with both hands. It really makes me happy when a figure is able to do that. 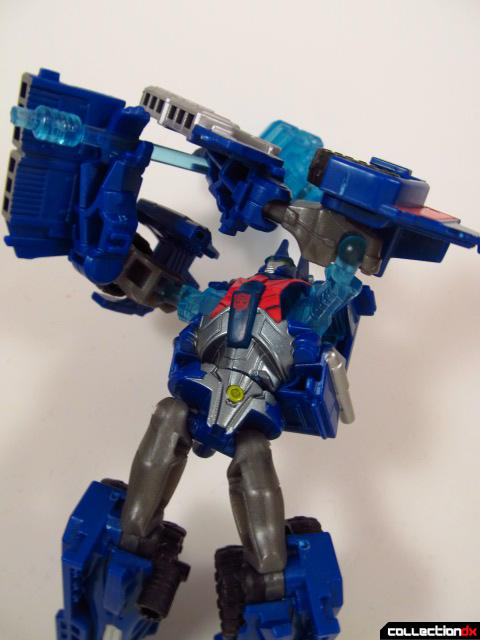 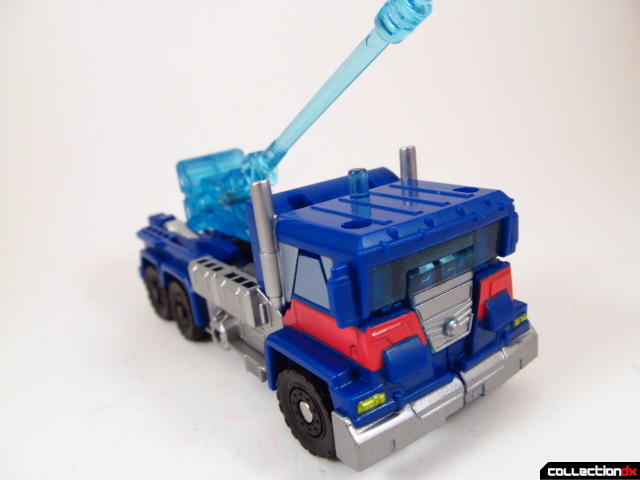 Also, his alt mode looks awesome! He has a rather simple transformation that is really effective. You just fold his arms in, spin his waist around, and clamp his feet together. You can even plug his hammer into the truck bed to fill out the form even more! 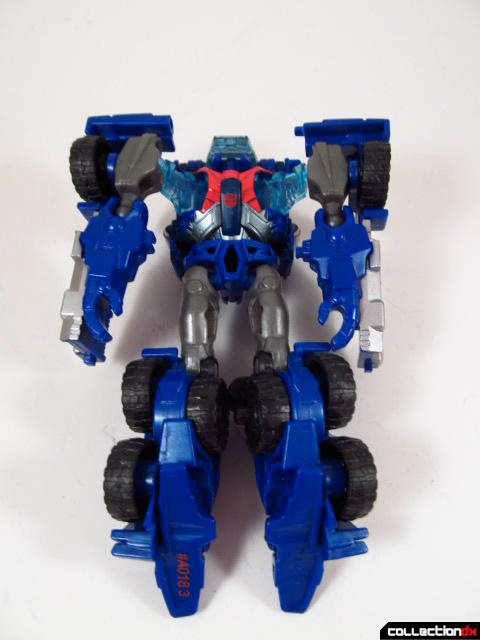 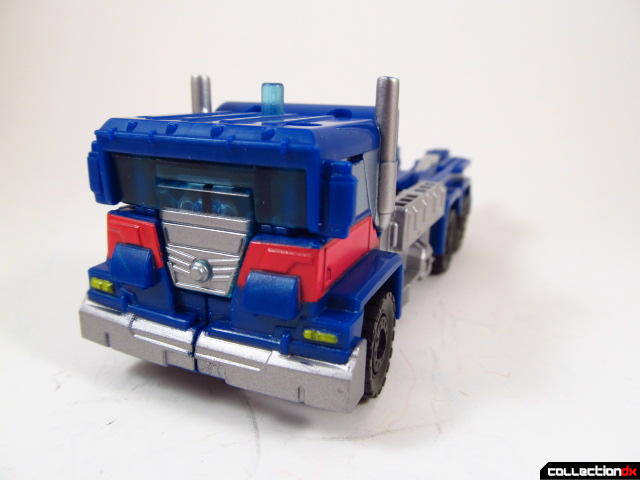 For Ultra Magnus fans, this guy is an absolute no-brainer. He has a great mix of playablilty and value that any Transformers fan can get behind. Maybe I'm biased due to my love of the character, but I can't deal with that right now. 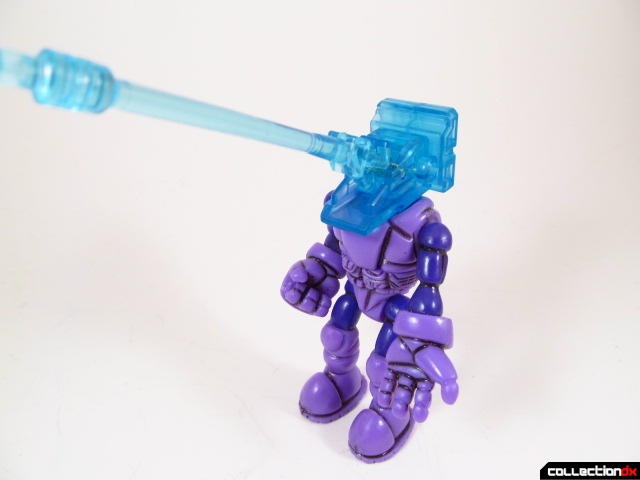 This is a really fun little toy. I can only hope that they make a weaponizer class figure of him.

Your dreams have become a reality.

I'm grabbing him as soon as I see him. I'm like a Pokemon trainer. I gotta catch 'em all.

I am with ya 100% at Magnus being my fav Autobot ever.

Especially with the extended stories once IDW took over publication rights.

Was it in Animated that he started getting a Hammer accesory as his main weapon?

Yeah, that was the first time he had the hammer. I really like the idea of him having a massive hammer. It just fits him so well!

It's always great to see a fellow Ultra Magnus Man!

Thanks for the review! Been looking forward to this guy - I love the tiny size nowadays. You still get a nice amount of articulation and a cool transformation, but at a smaller price. I've been trying to cut off Transformers recently, but I feel like these little guys make it a bit easier to squeeze them in...especially since the regular ones are fifteen bucks a pop, now. Didn't even look at the bigger ones yet...ugh.

Anyway, totally plan to get this one when I see 'em. Fantastic lookin' figure, and he'll make a nice kid for my animated Ultra Magnus.

Oh yes. I have a shelf for my Ultra Magnus's. He's gonna fit right in!

Robert Stack was great as the voice of Ultra Magnus. Ultra Magnus is definitely one of my favorites too, his Animated incarnation was pretty awesome. You don't mess with the Magnus Hammer! Good review, I still get a kick out of your articulation pics.

Ha. Thanks man! I think of you when I pose!

Not really, but I will now!

Great review! I don't like the "half a grill" shoulders much but on the whole the figure looks nice for its size.