Upon actually watching Transformers: The Last Knight, I was left just as impressed as I thought I would be, and by that I mean yeah right no I wasn’t. It was a weird experience, I really wanted to think it was so bad that it was good, and for a while it really was, the dialogue was so forced and idiotic and the characterization was just so strange and all over the place, especially for the Transformers themselves and Cade Jaeger that I was having a great time, but then it just kept going and going and I realized that the movie was just way too long in a way that seemed more annoying to me than in the previous Transformers films, because despite my dislike for them I’ll always be too curious about the newest release to ever not see them, and honestly I’m glad I saw the last knight, but to me it was pretty awful.

That never stopped me from buying the figures however, as I’ve acquired three more after seeing the film, Strafe, the new mold Bumblebee, and Crosshairs. The one that I was most impressed with and excited about was Crosshairs, because the figure he got in Age of Extinction didn’t give this interesting design concept the toy it really deserved, but I’m more than happy to say that this new iteration of Crosshairs based on his appearance in Transformers: The Last Knight does that and a good amount more, especially considering that at stores such as Tuesday Morning or Ollie’s he is available for about 5 dollars now, but I hope this review will convince you that this figure is to me worth paying $20 for even if I didn’t, and you hopefully wouldn’t have to.

In vehicle mode, it’s just amazing how much better the new last knight Corvette mode looks when compared to the age of extinction one, the improved proportions and abundance of paint applications make it just look amazing, and it’s honestly my favorite deluxe car in the whole Last Knight Premier Edition line, at least before I finally get Cogman. I really can’t say more than I love it, it looks really cool, accurate, well detailed, and it hold together really well unlike his age of extinction predecessor. That and his dual pistols store underneath in a much better way, but I’ll talk about them more later. 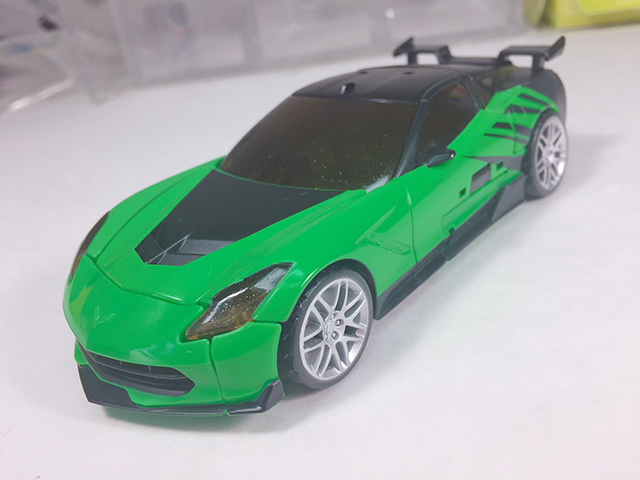 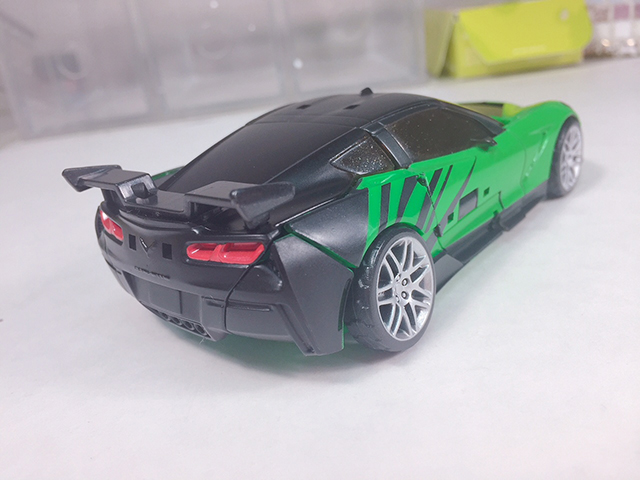 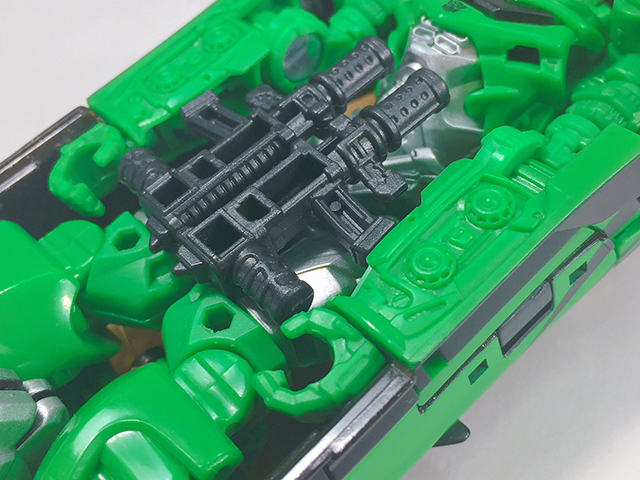 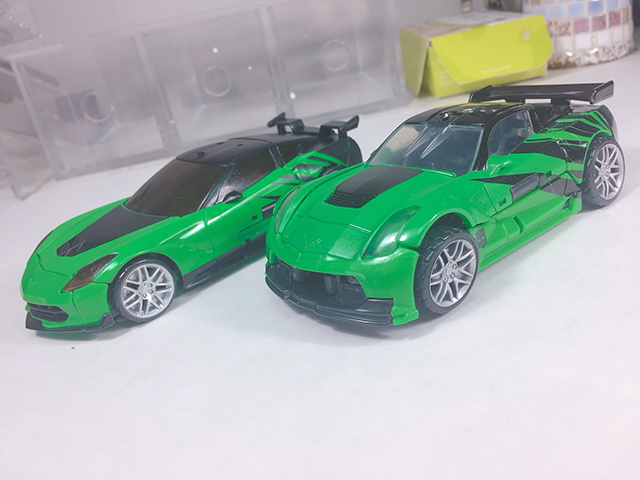 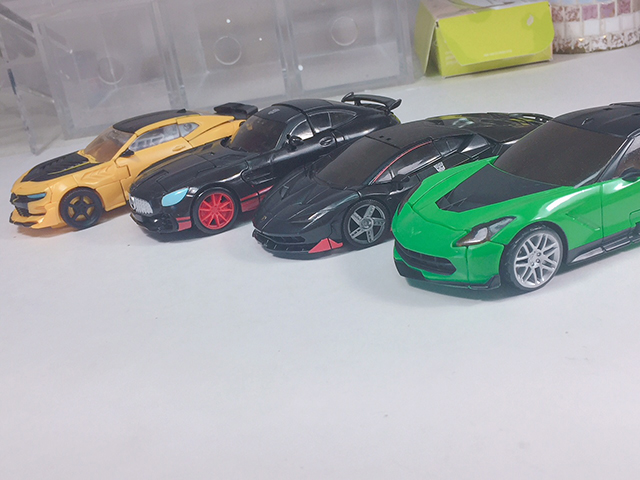 Crosshairs’ transformation is by no means less shell heavy as his predecessor, but it’s all handled in a much better way. The arms just slide out from the side car panels instead of detaching from easily breakable ports like the original, and his trench coat folds up a lot more, making it a lot more manageable and cool looking that saves it from the Age of Extinction version’s awkwardness.

Really that could be said for the finished robot mode as a whole, because everything about the original figure that might’ve been flawed in execution is fixed here, and everything just looks and feels so much better, aside from maybe the over abundance of green, but honestly that doesn’t bother me very much. First both the arms and legs have less of the alt mode cluttering up their design which goes a long way to make the figure look more dynamic than it used to, but secondly the redesigned trench coat just does more for that than I could ever say. It’s so much easier to move, not annoying in any way, it’s unobtrusive, and it’s all plastic, meaning that so many cool poses and just minute gestural adjustments can be made while posing, meaning the this new crosshairs is actually fun to play with, unlike his predecessor. Not only that, but he just looks so dynamic and cool, especially with his two new guns, as instead of using the two tiny pistols and one submachine gun setup the previous crosshairs had, this new one opts for dual submachine guns that are a lot more detailed, and that can be held so much more securely than his predecessor’s. 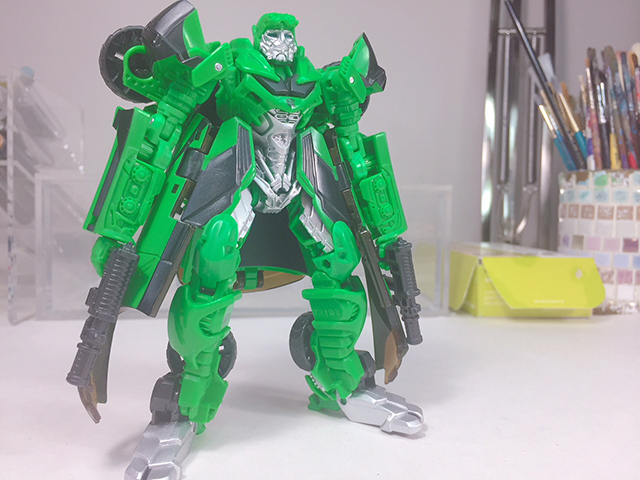 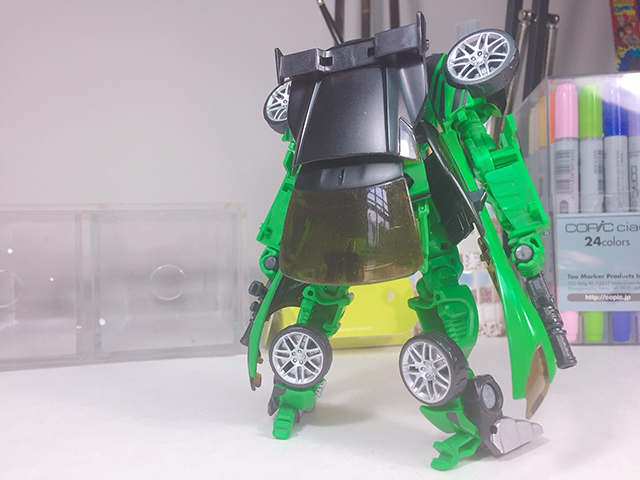 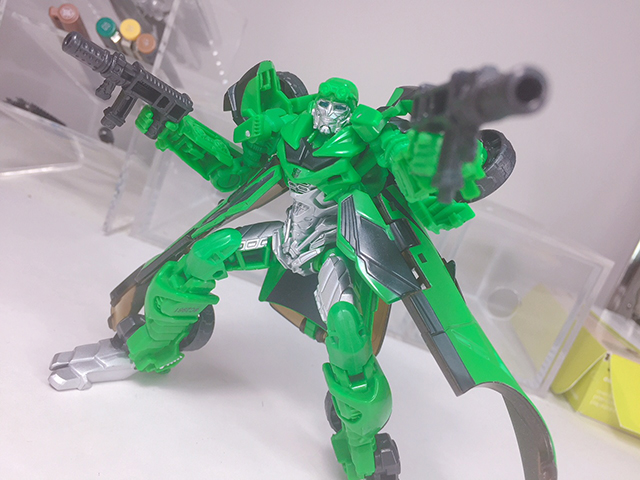 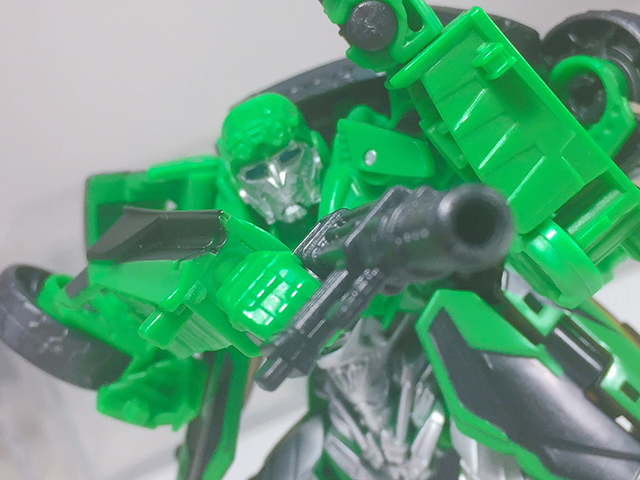 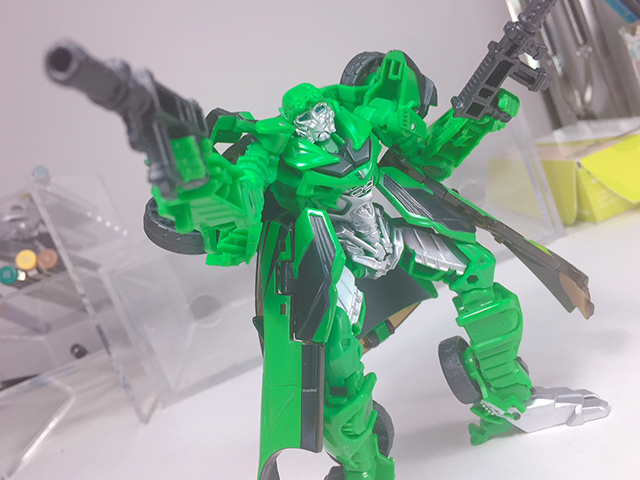 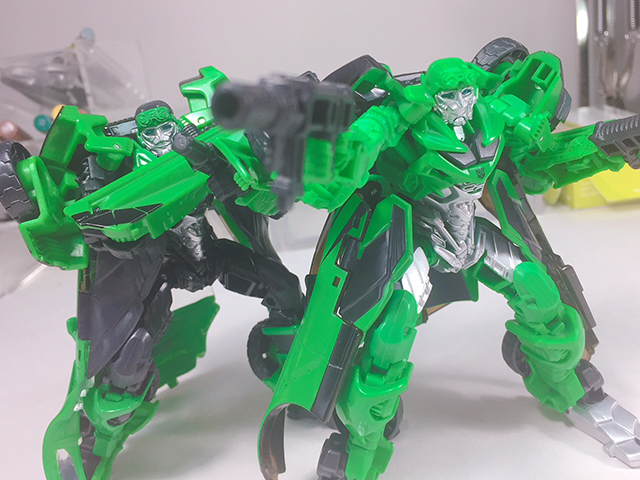 As far as size is concerned, crosshairs is pretty standard for a deluxe, coming in at around the same height as his Autobots car colleagues Hot Rod Bumblebee and Drift. 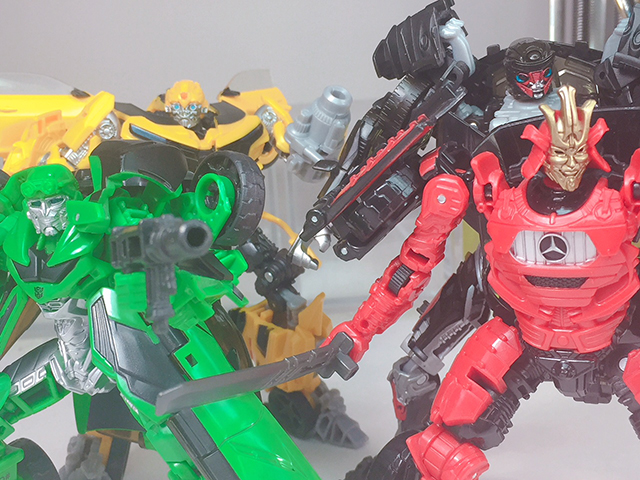 Overall I can’t recommend Transformers The Last Knight Premier Edition Crosshairs enough, not only does it fix every problem plaguing the original iteration of the character from four years ago, it’s also just a really fun figure with pretty good paint applications, articulation and detail with a relatively fun if predictable transformation that transitions an amazing vehicle mode to a dynamic and fun robot mode. With the prices of this figure dropping so low so quickly considering it could be found for about $30 minimum in ebay not long ago, there is no reason you shouldn’t add this figure to your collection, even if you disliked the Last Knight like I did.

What do you guys think about this, is the last knight crosshairs worth buying such a similar figure from the first release just with some admittedly major improvements but at a (sometimes) higher price?

I'd say this toy is not bad. Worth picking up for anyone who's a fan of the movies and/or missed the previous figure.