The 1000toys CRC Body is a convention exclusive for New York Comic Con. The toy line is based on characters from Tsutomu Nihei’s manga “Biomega”.

Despite the higher MSRP, the toy lacks the standard high quality packaging that 1000toys has used in the past. This box feels very rushed, and if I’m completely honest, cheap. Normally 1000toys products come in heavyweight boxes with foam innards, custom cut to the figure. The box is very lightweight. Half of the box is the 1000toys standard black with satin finish, the other half is plain, lightweight, corrugated cardboard. It comes with half of a 2 part plastic clam shell inside, with the figure loose in the bottom of the box with a little bubble wrap. I could hear the figure sliding around in the box as I was opening it. It’s like they wanted to do a full plastic clam shell, but only finished half of it in time for release. I don't normally care about packaging, but at the higher price point, it would have been nice to at least have the standard box. 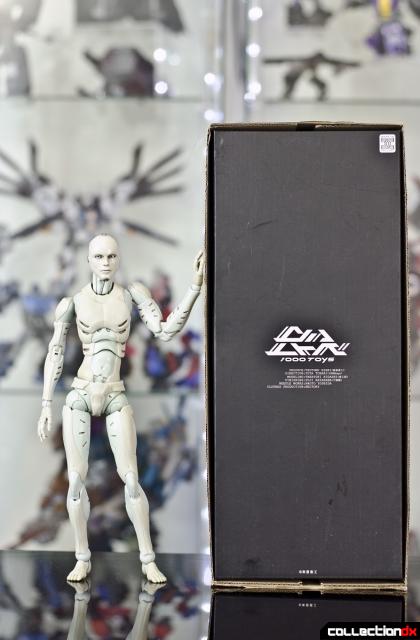 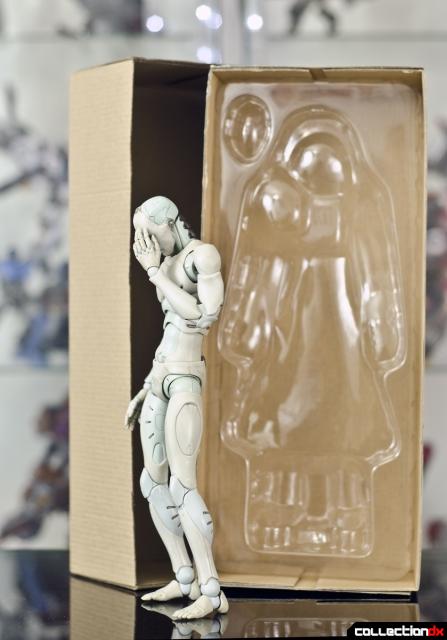 The CRC body is essentially a Synthetic Human with new paint apps, and accessories borrowed from the Anti Carb release. This figure comes with the standard synthetic human humanoid mask, open hands and closed fists for each arm, The helmet from the Anti Carb release (minus the blast shield, hose and regulator) a t-shirt, hoody, and a pair of pants. Considering the higher price point, I found the accessory count to be lacking. The Anti Carb Release from earlier this year cost $10 less and came with roughly twice as many accessories. It’s worth mentioning that this release comes with a wearable (human sized) T-shirt and synthetic human mask (the thin plastic type with elastic band you wore for Halloween as a kid). This might make the price difference bearable for some people. Personally, I would have rather had more accessories packed in with the toy. Despite the lacking accessory count, the CRC body can be customized several ways. 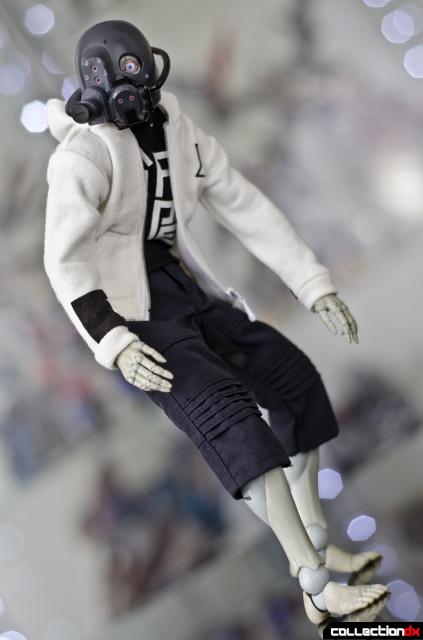 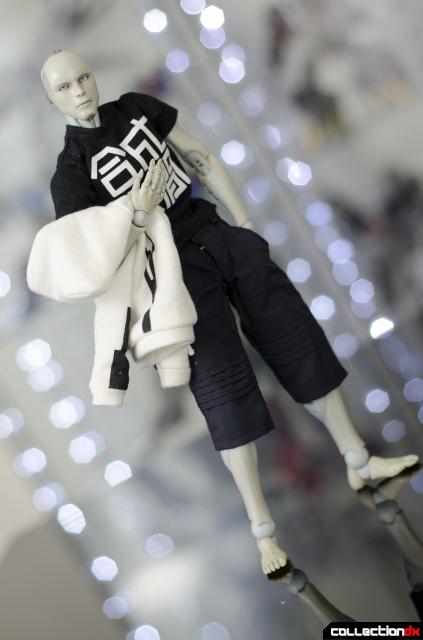 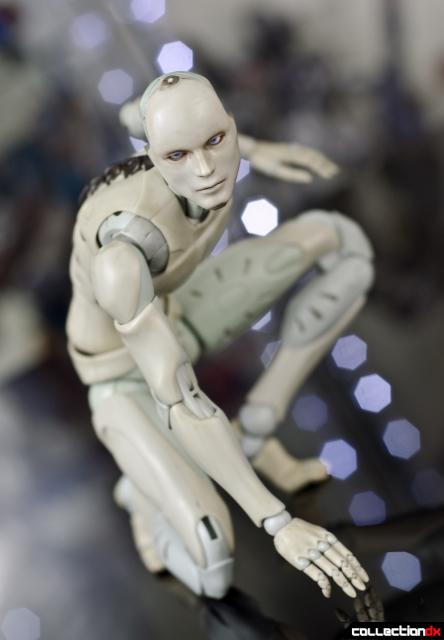 The articulation is exactly the same the Synthetic Human and is top notch for a 1/6th scale release. The range of motion is very natural and allows for fluid, dynamic posing. Everything is nice and solid, and nothing feels loose or fragile. The figure is molded in bone white and light green with a light brown wash over the entire figure. 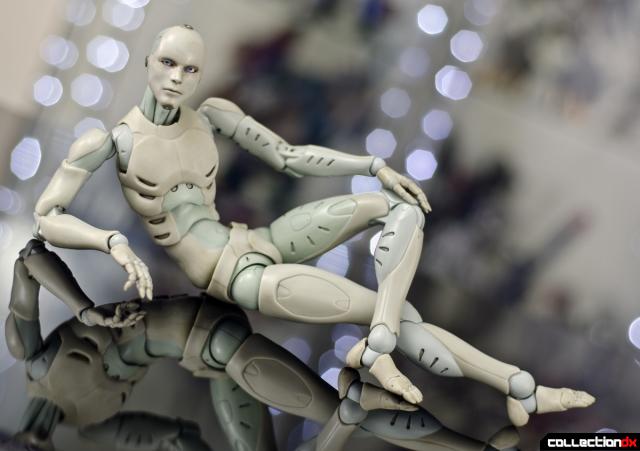 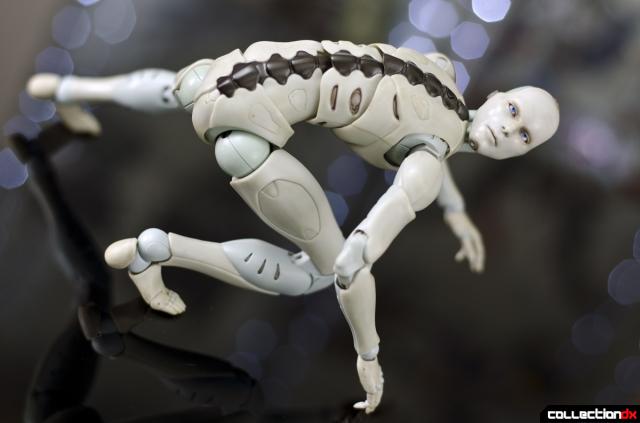 As with the original Synthetic Human, the face mask can be removed to expose a skeletal face. The eyes are also individually articulated and allow the figure to “look” in any direction. 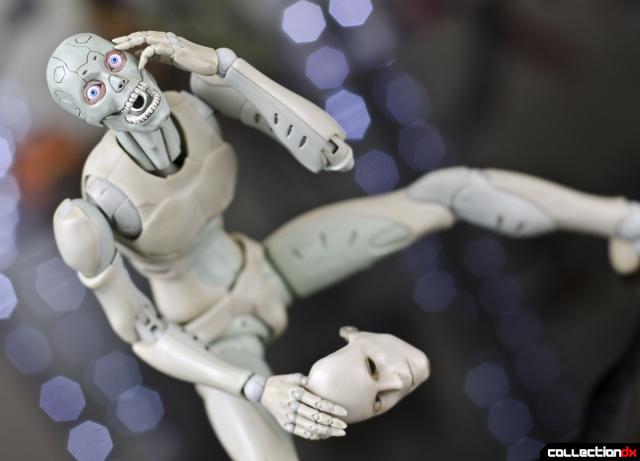 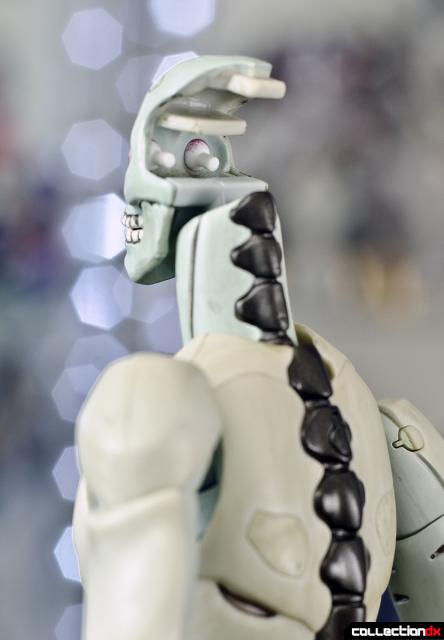 The included hoodie, t-shirt and pants are all high quality cloth goods. The pants have a belt that cinches, a Velcro fly, and usable pockets. The hoodie has a working zipper and usable pockets. All of the clothes are easily removable if prefer your CRC to have a cleaner look, and will fit a variety of other 1/6th scale figures. 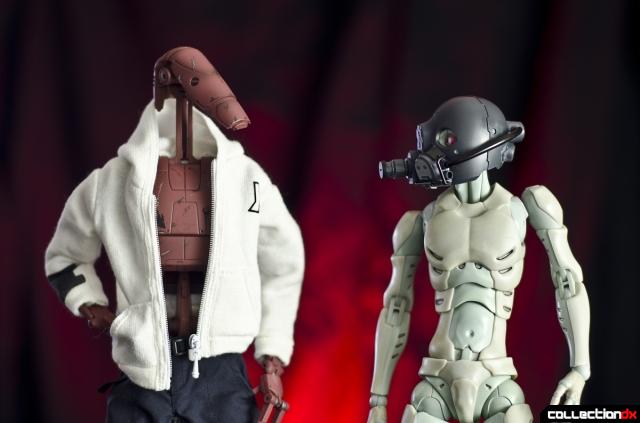 In closing, the CRC body is a decent release, but it struggles to live up to its higher price point. I don’t want to give the impression that this is a bad toy, because it’s not. The toy itself is very high quality, and is honestly one of my favorites. It shares all the strengths that made the original Synthetic Human a smash hit, but with the $210 price tag, it just doesn't stack up with other toys in the same price point. With previous releases, it was obvious that a lot of time, energy, and planning went into 1000toys releases. The figures, although they shared some common parts, felt unique and were obviously a labor of love. The CRC body on the other hand kind of feels like a rush job to cash in on convention exclusive hype. 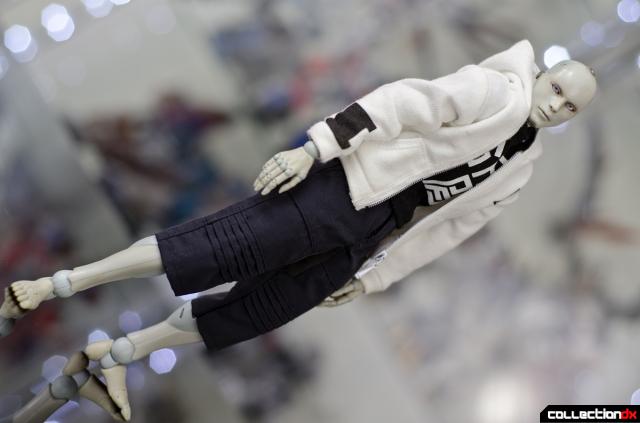