40 years on, we are still making toys of Combattler V. I can totally understand Mazinger or Voltes, but it always surprises me the popularity of Combattler V. Actually, now that I think about it, I am really amazed that we are still making toys of any of these characters 40 years on. I guess as long as they sell, they will get made. Just look at Star Wars.

Anyway, Kids Logic / Kids Nations have released a non-transforming set of the combined robot and the individual releases.

The box is compact, with a die-cut window showing the pieces off. 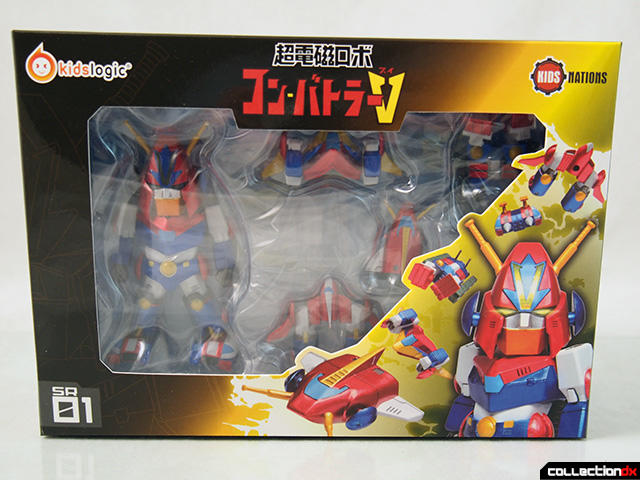 The Combattler figure is only 3.5 inches tall and made out of ABS and PVC. The head and arms are on swivel joints. 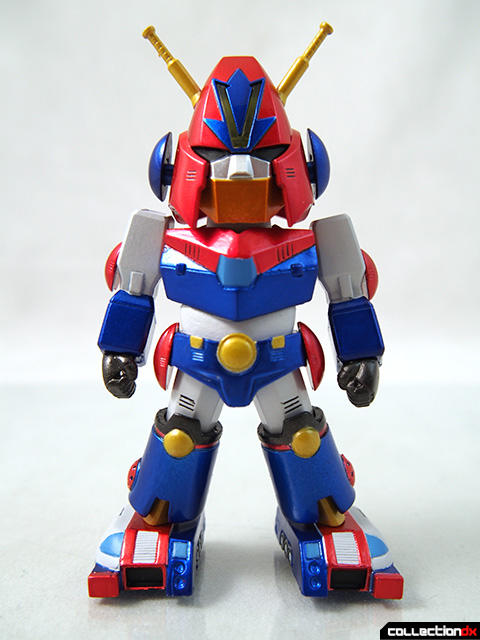 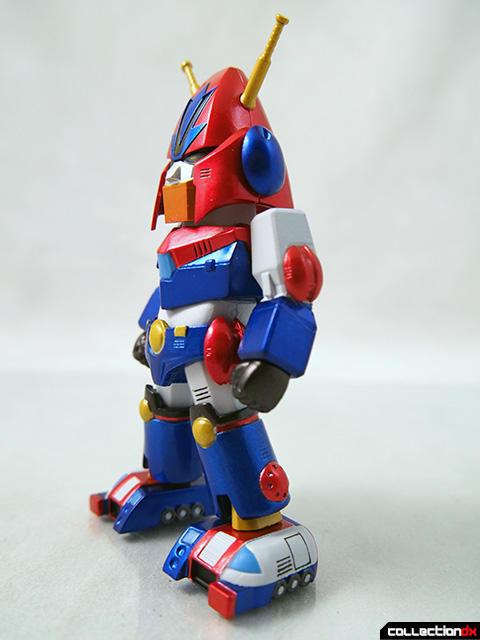 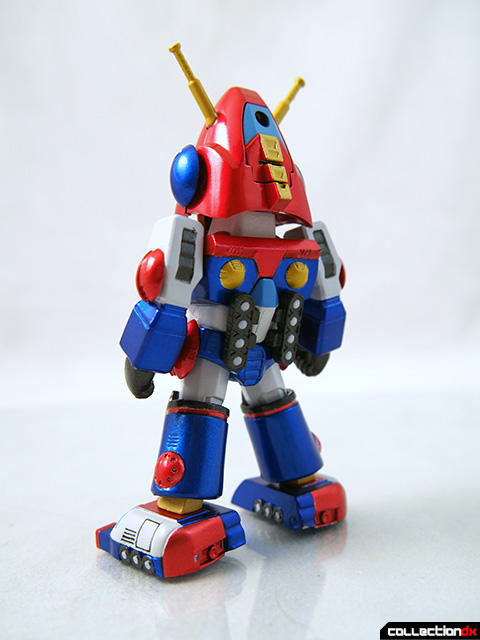 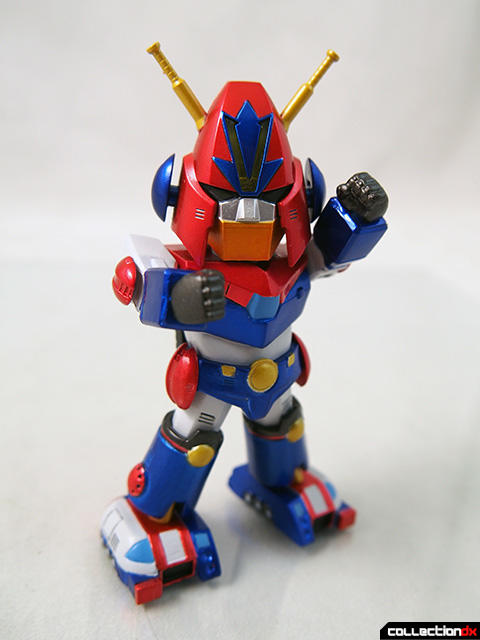 Pull the tab out the back and press the left disc on his head to engage the light-up feature. 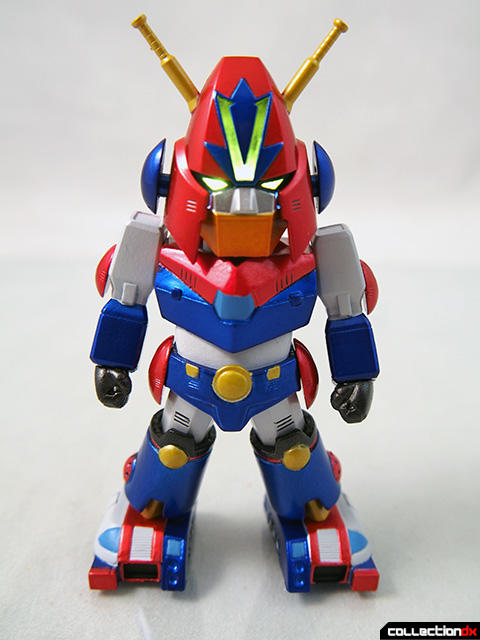 The five vehicles that make up Combattler are presented in a cartoony SD form. Each is about 1" long and made out of PVC. 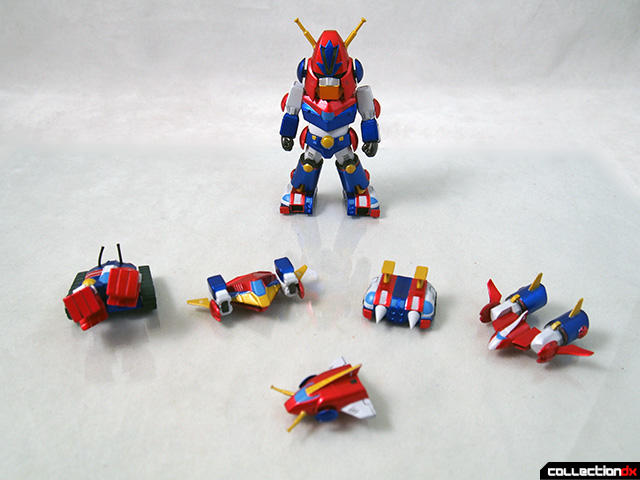 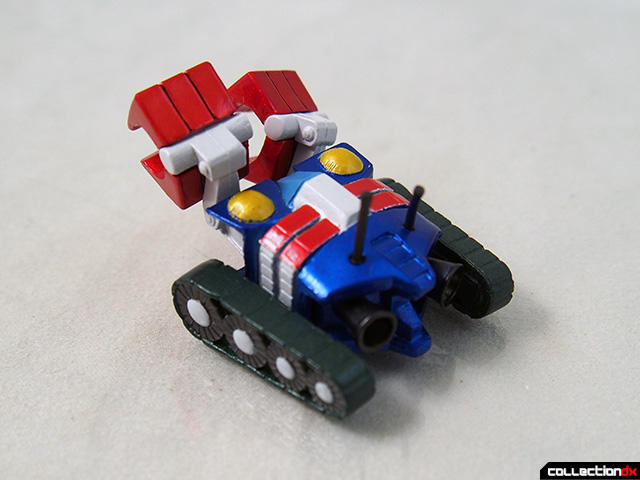 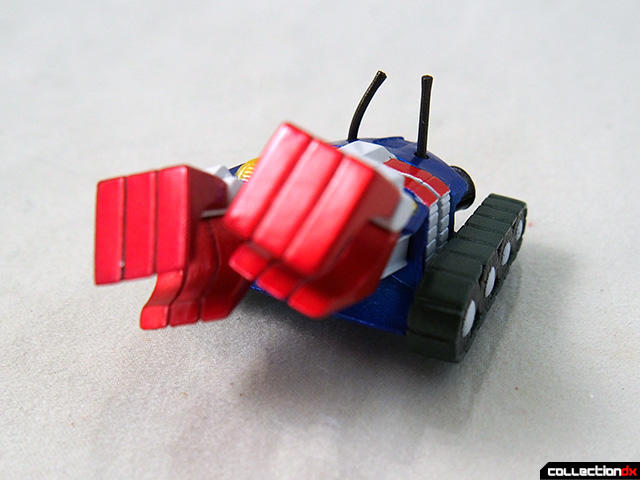 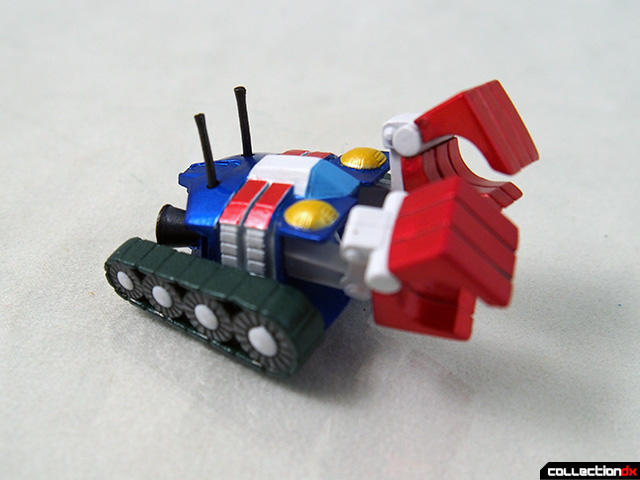 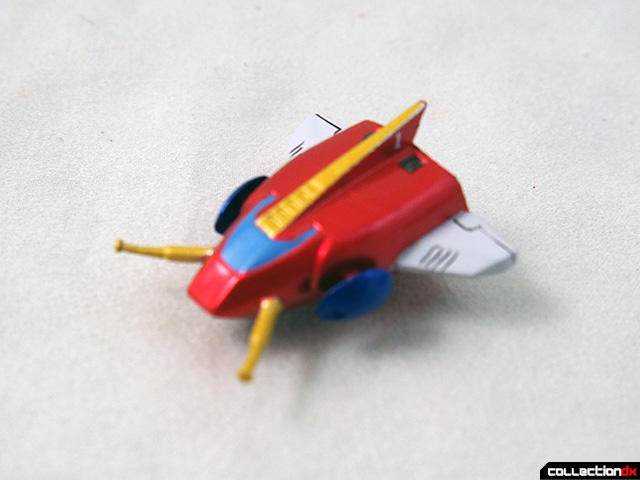 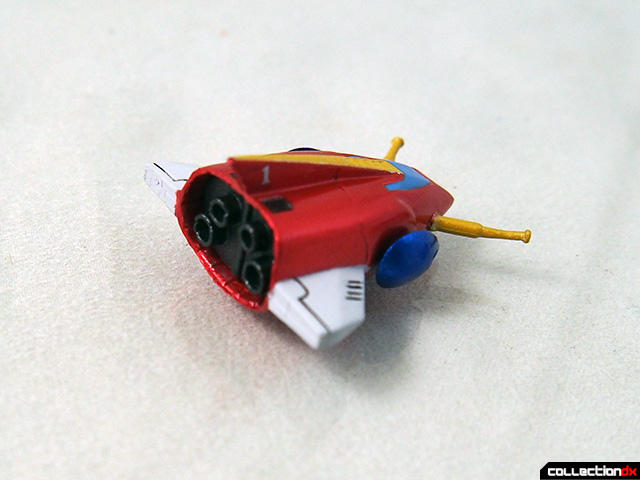 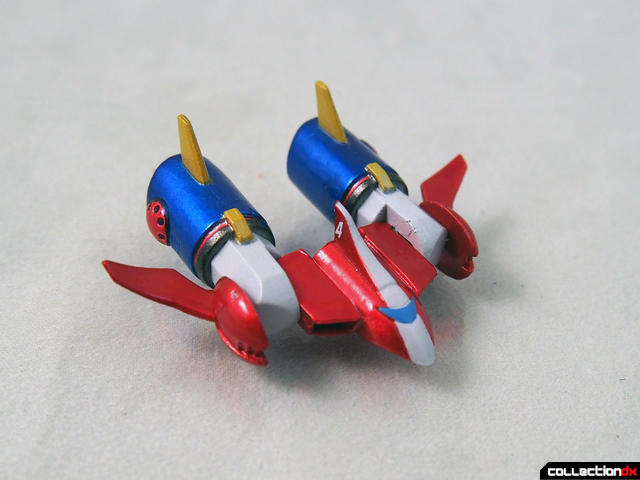 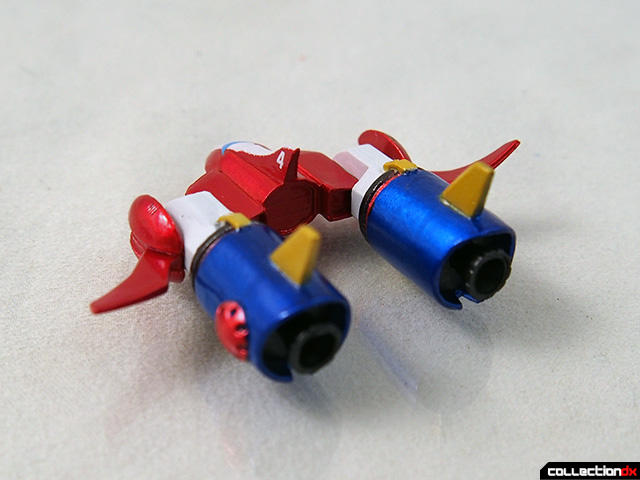 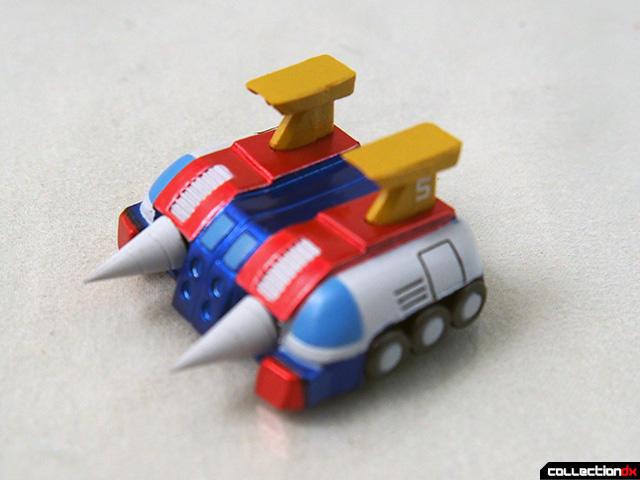 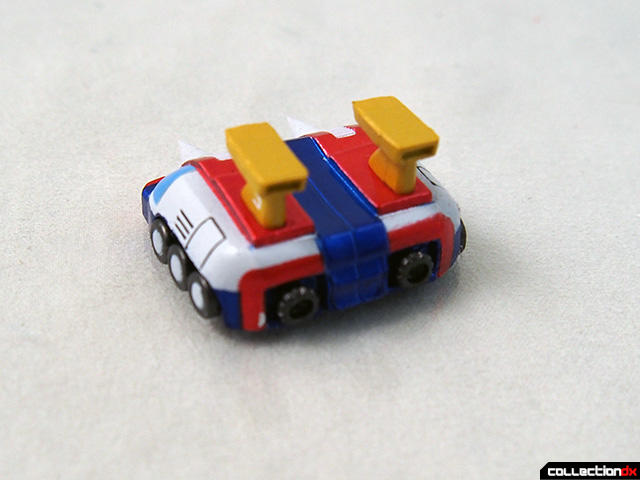 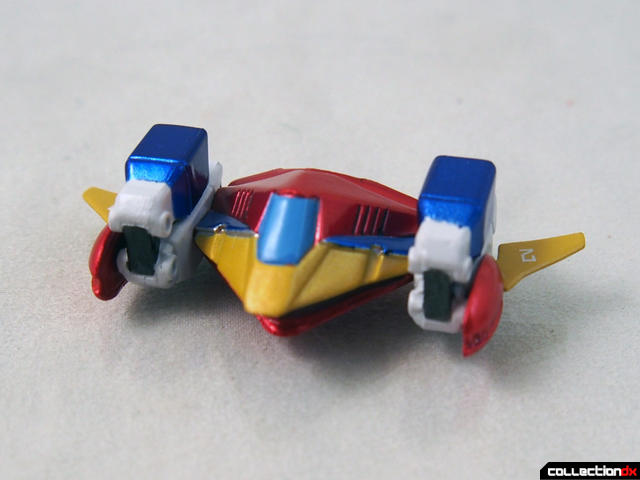 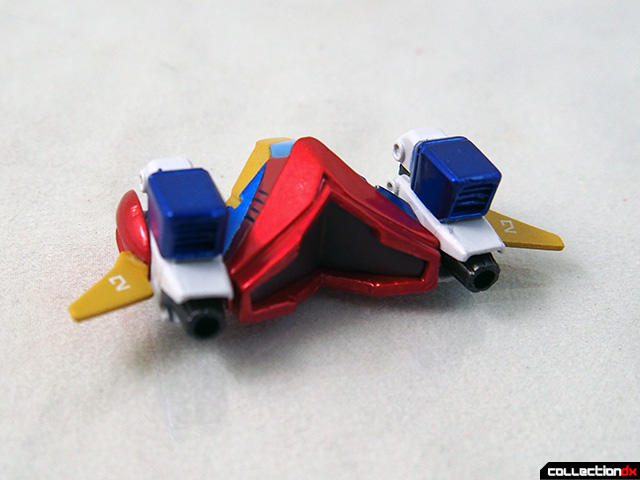 An interesting display base is included for all of the small ships. It's designed in the style of a lightning bolt which is similar to one of the attacks. After all, Combattler V's full name is Super Electromagnetic Robot Com-Battler V. 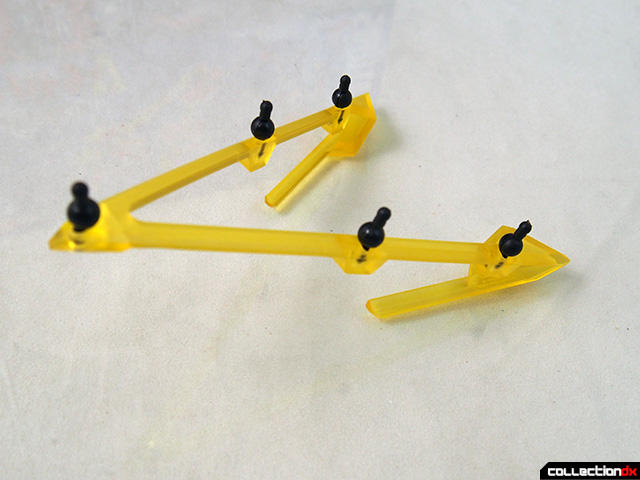 Each vehicle attaches to a small revoltech style joint. 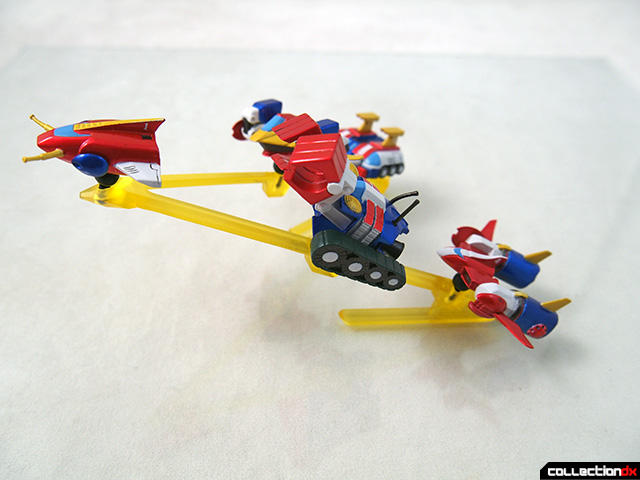 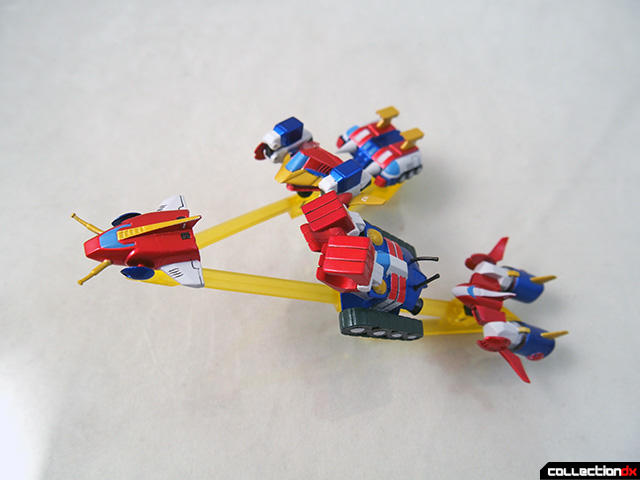 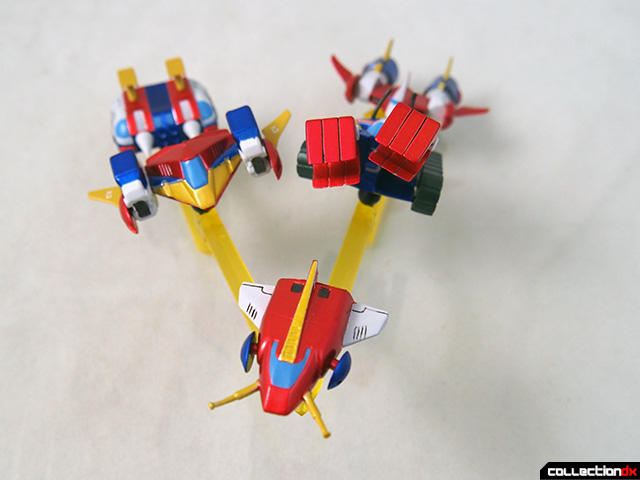 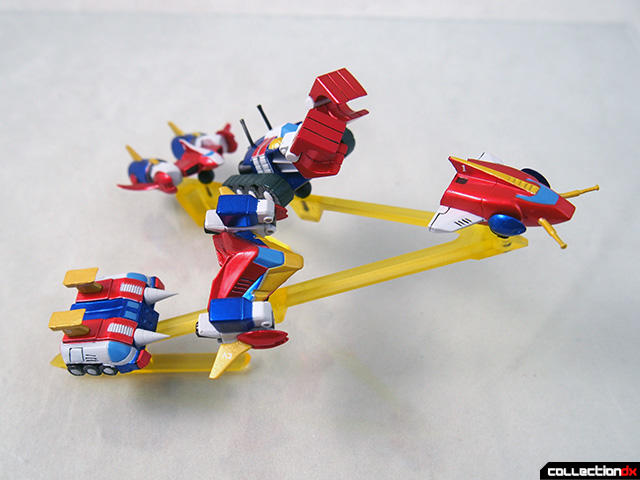 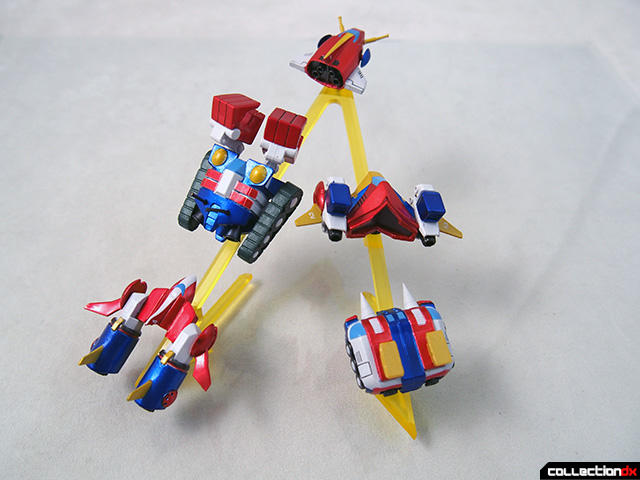 It's a neat little set if you are a big fan of the V, or you are really into SD.