These kind of plastic battery-operated toy robots are a dime a dozen. They have been made for years and are the successor to the classic tin wind ups that were popular through the 70s. Most are unremarkable to the average collector as they are rarely associated with a licensed character or show. It is for this very reason that I never even look twice at them.

Then one night Nekrodave comes over and brings this with him. He says that this toy would be funny to review, and that it's the most annoying robot toy he's ever seen.

I had no idea.

Combat Hero comes in a styrofoam tray with a nice die-cut window lid. The whole package is covered with some great Engrish. 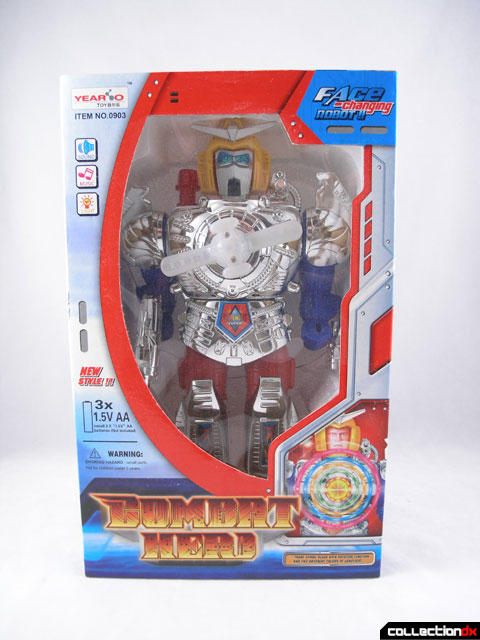 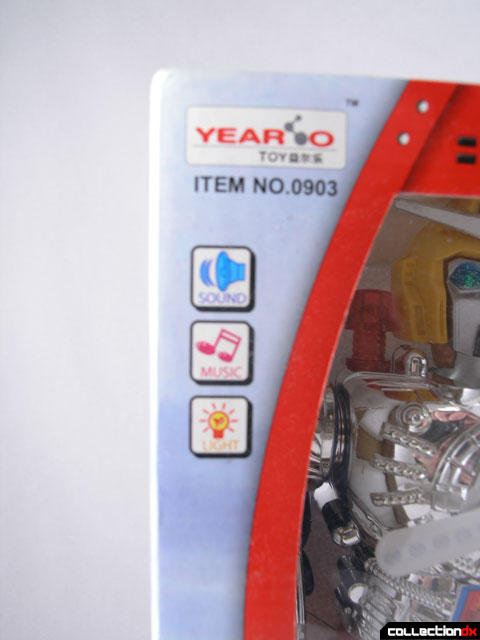 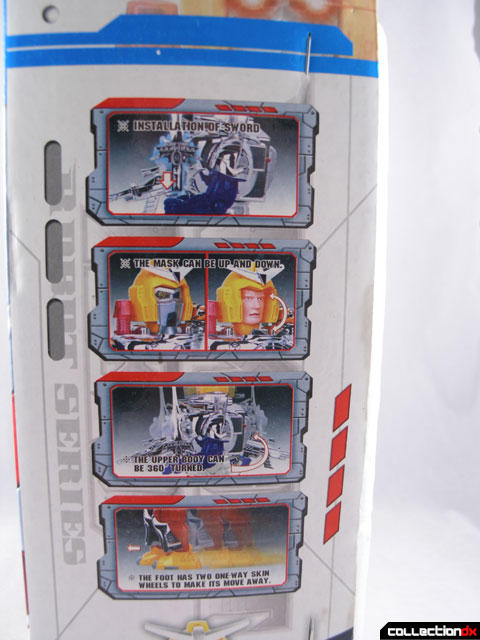 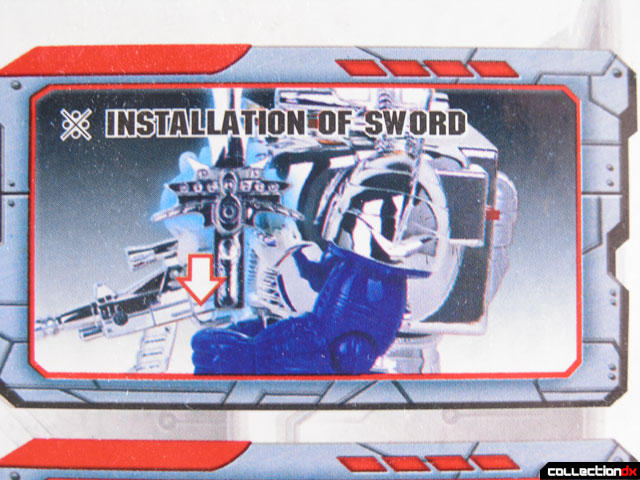 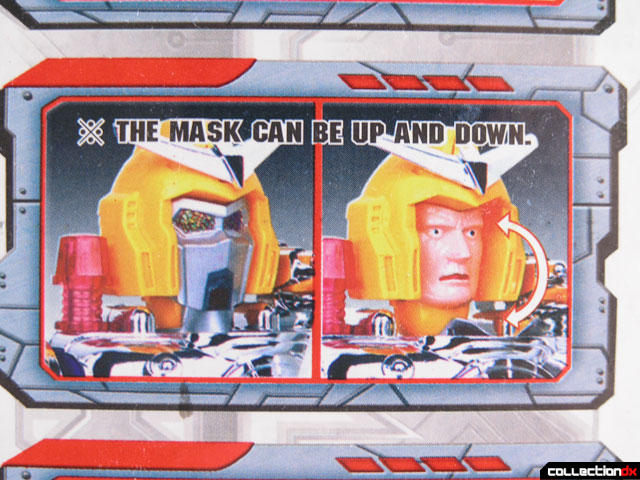 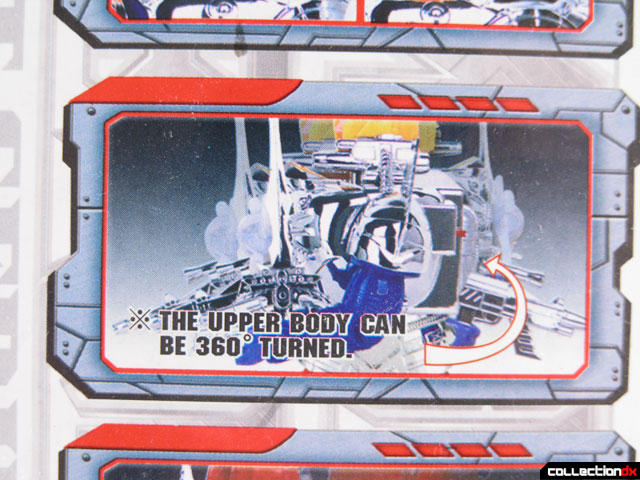 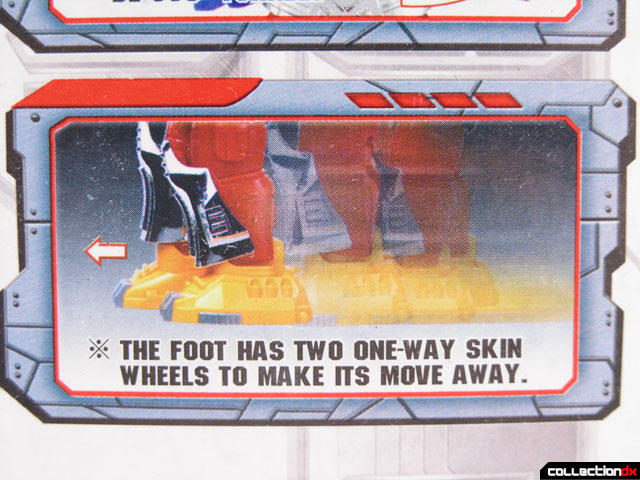 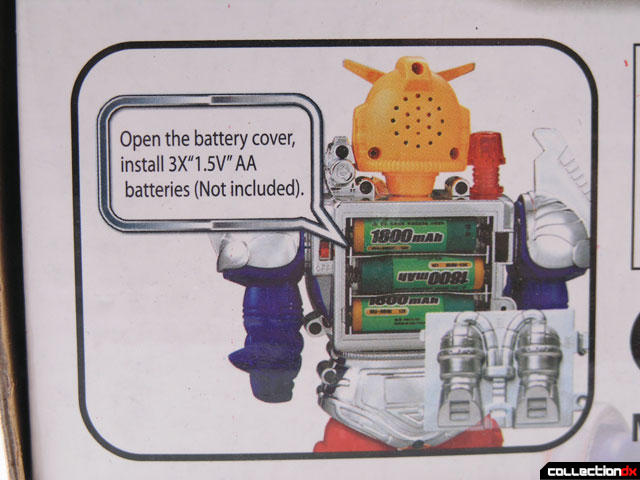 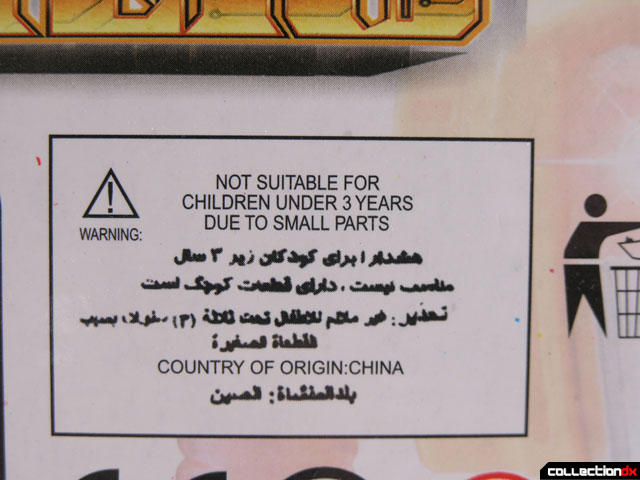 Taking the toy out, I can see why Dave brought this over. The thing mixes old-school batt-op with Gundam aesthetics. 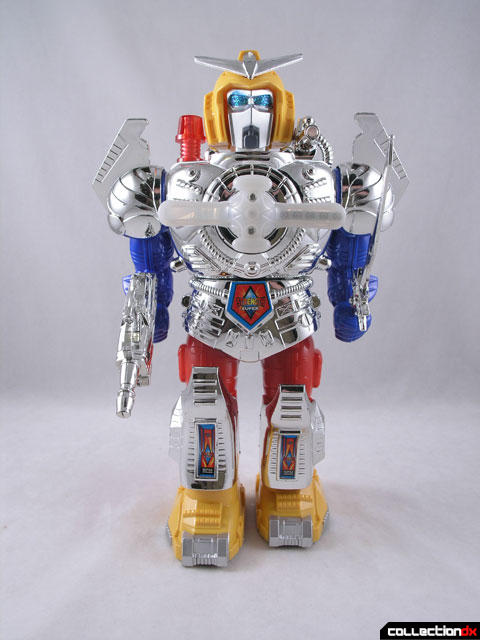 It's just messed up. It's full of chrome and bright colors. 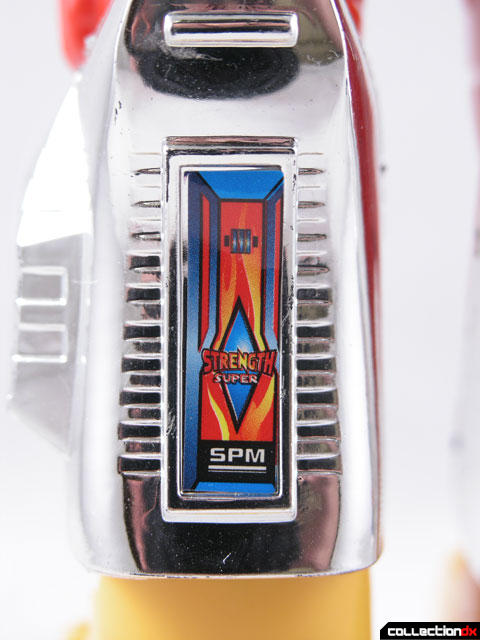 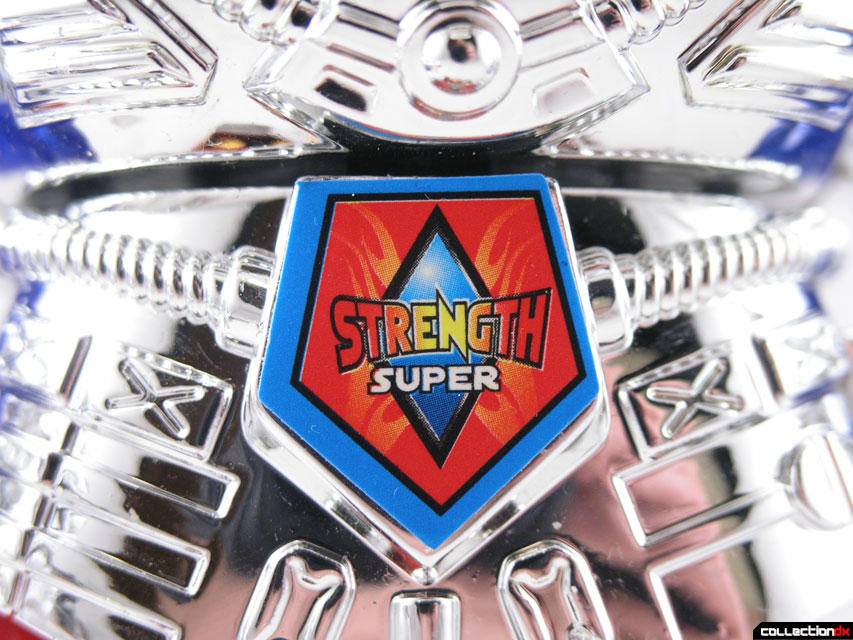 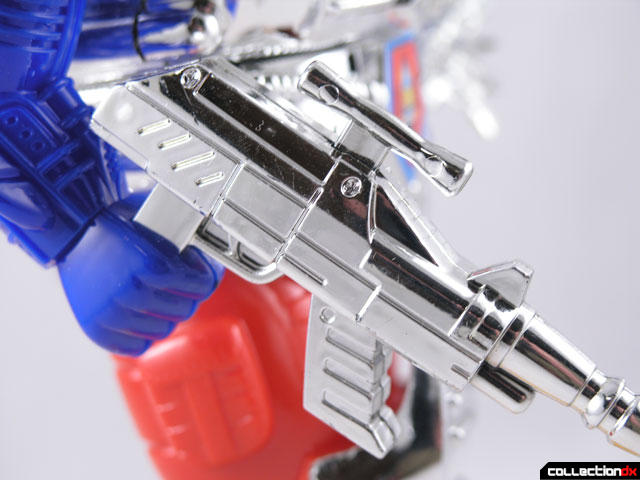 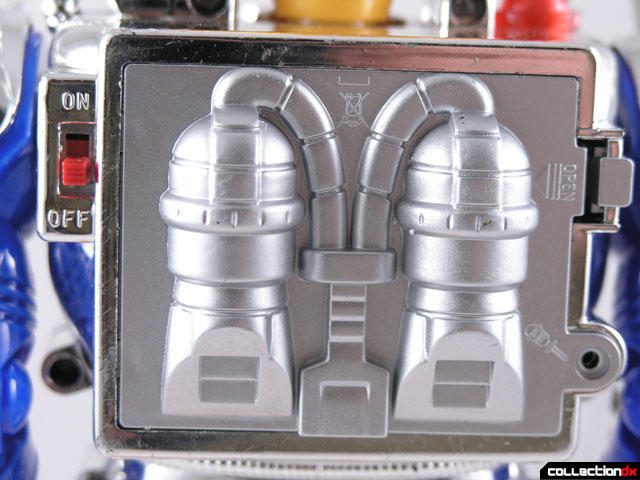 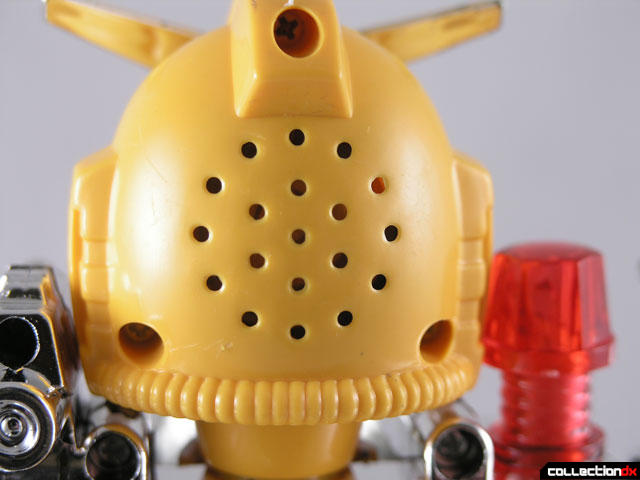 It's suprisingly well made. In fact, the only reason i'm calling this a bootleg is the fact that the head so obviously rips off Gundam. 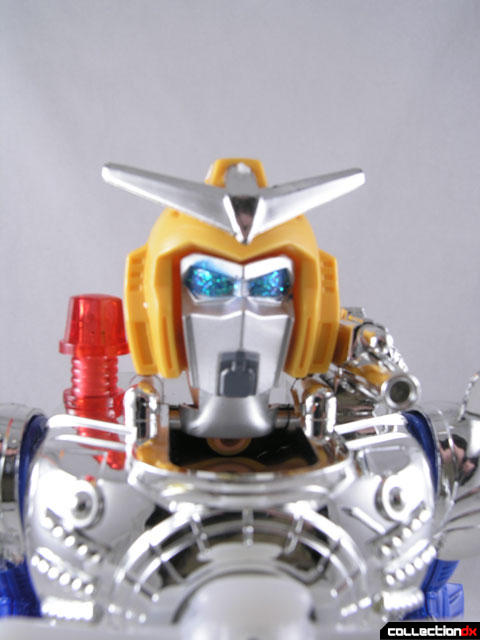 Check out the glittery eyes 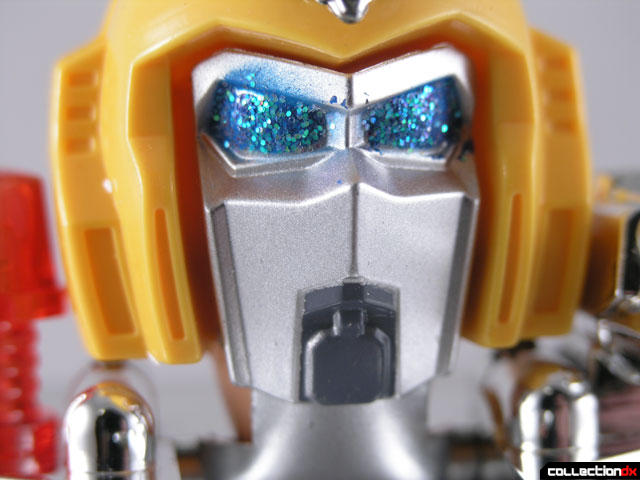 The real magic happens when you turn it on. Pictures don't do it justice, so here's some video. You've GOT to watch this.

Yeah, it may just be the most annoying robot toy ever. 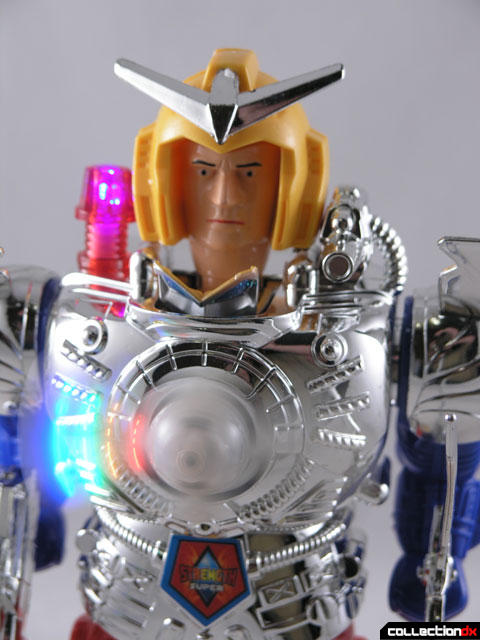 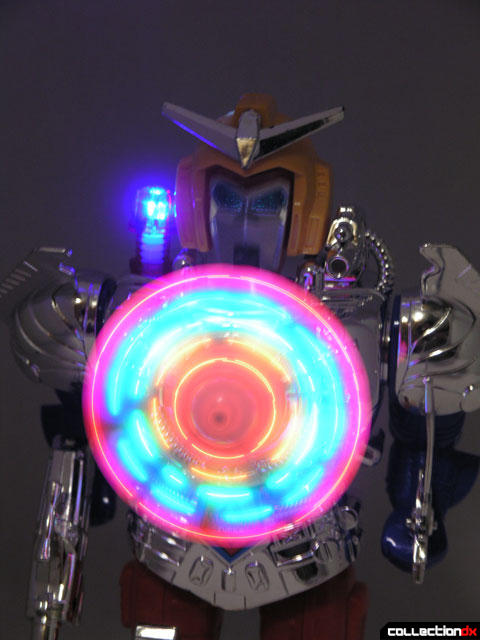 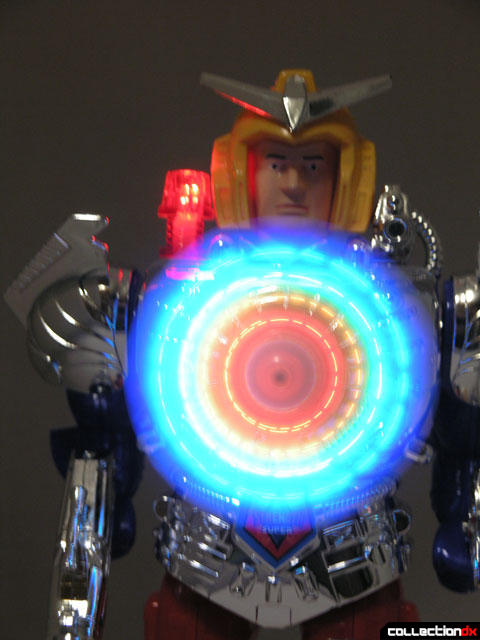 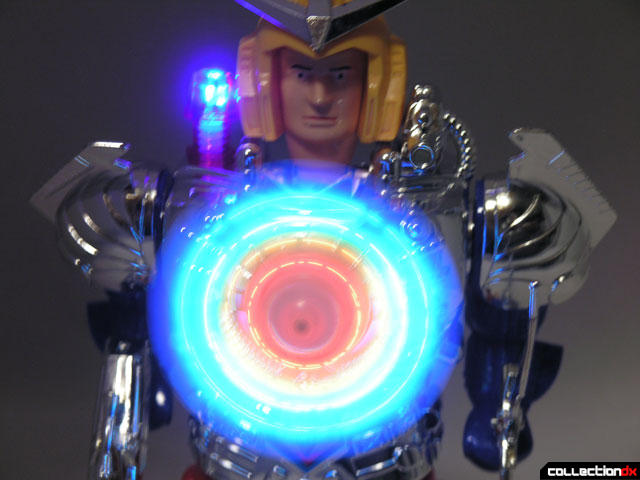 7 comments posted
I HAVE THIS! My girlfriend

I HAVE THIS! My girlfriend brought it back from New York a few months ago. The light show is definitely needed to appreciate the full effect.

Seriously, this thing is so crappy that it's awesome in its crappiness. In fact, I think it's so crappy and cheesy that it's actually better than some of the crappier Transformers and Go-Bots and I'm actually half tempted to try to find one; maybe buy it for my nephew who's only like 1 1/2 but unfortunately I actually like his parents and his mom is my sister in law so I'm not sure it would be such a good idea.

I was *this* close to buying one of these maybe two days ago. This review has done nothing to dissuade me. The face shield makes it that much cooler.

Why does his mask peel off every 2 seconds?

God this thing is super weird. It's like the love child of Iron Man, Gundam, and a slot machine :P

How come I cant find one of these? I want one...too bad there is a bidding war on one on ebay, most likely due to this review. I happened to find a supplier on alibaba who sells em for $2.76 a piece for 5 cartons of 36 pcs. who wants in?

Now, that's what I call entertainment