Leave it to Hasbro to make a great action figure out of a lame design. 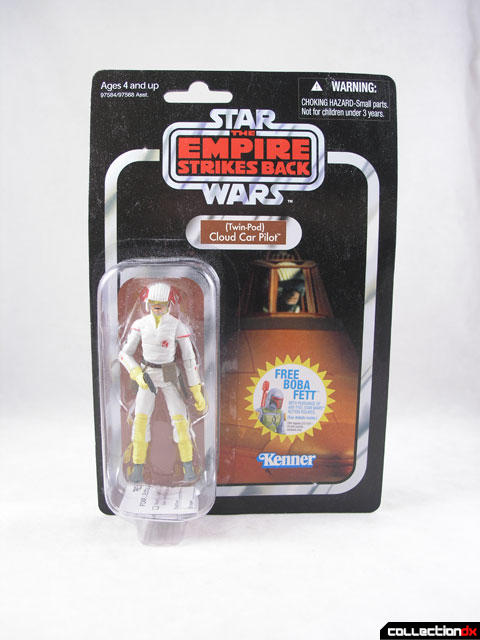 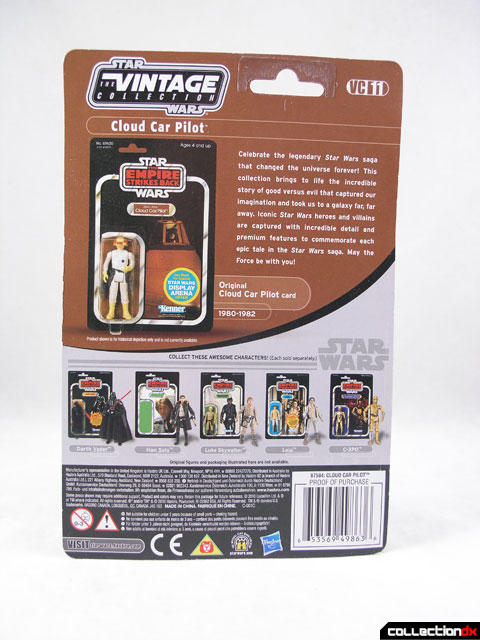 The sole reason I bought this figure is because I had it when I was a kid. I had the Twin-Pod Cloud Car, and I needed pilots. But the figure ended up being an interesting design, with it’s bent arm and communicator.

I got it for my birthday in 1981 – We were living in a small apartment at the top of a hill. We were the second unit in. I remember playing with it on the sidewalk in front of the building. Would I have retained such vivid memories of that place if not for the toys? Probably not.

The modern version of the figure is pretty cool, with some nice features for such a minor character. The helmet has a transparent visor and is removable, and the pistol can fit in the holster. Unfortunately this version does not come with the communicator. 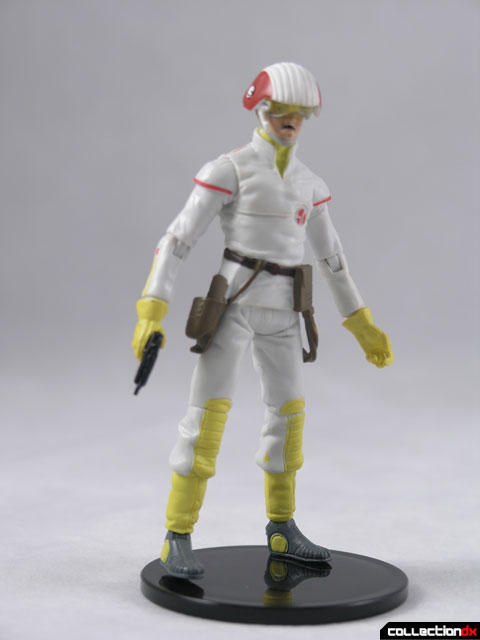 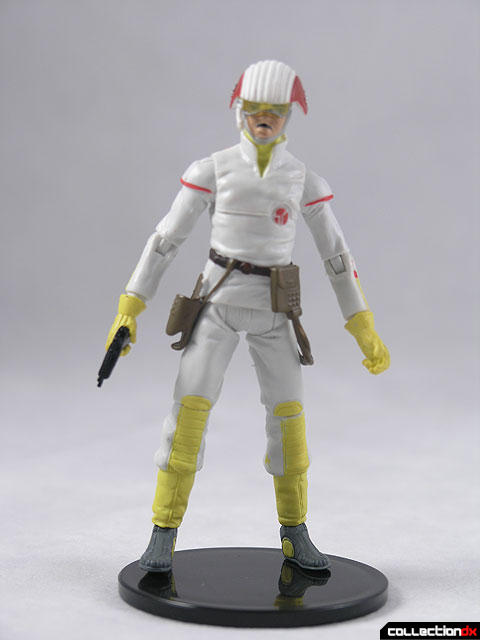 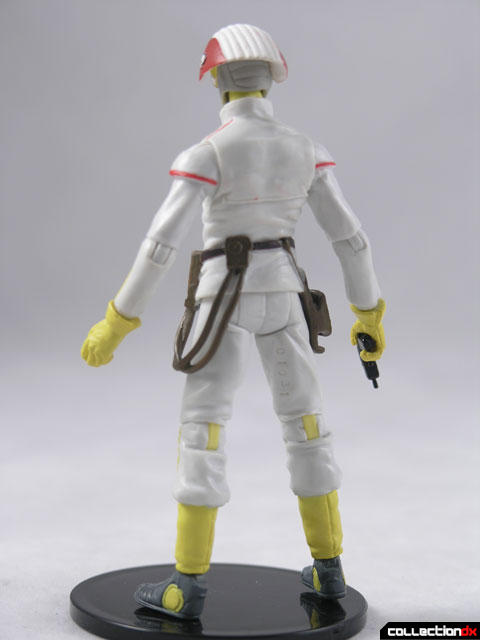 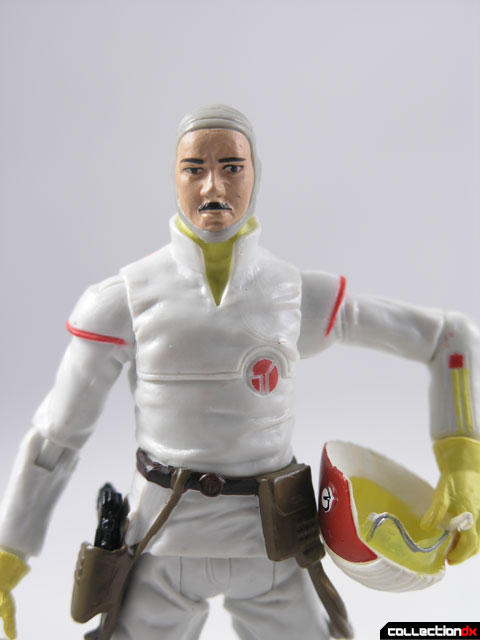 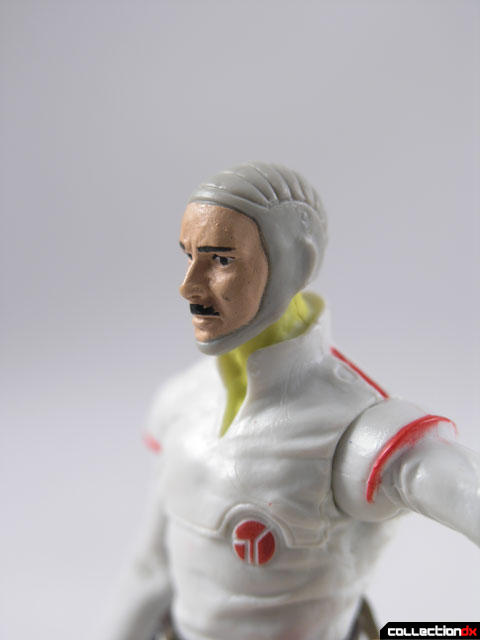 The rest of the figure is nicely done, with clean lines and tight detail. Articulation is standard with a ball jointed head, shoulders, elbows, knees and ankles with swivel waist and swivel hips. 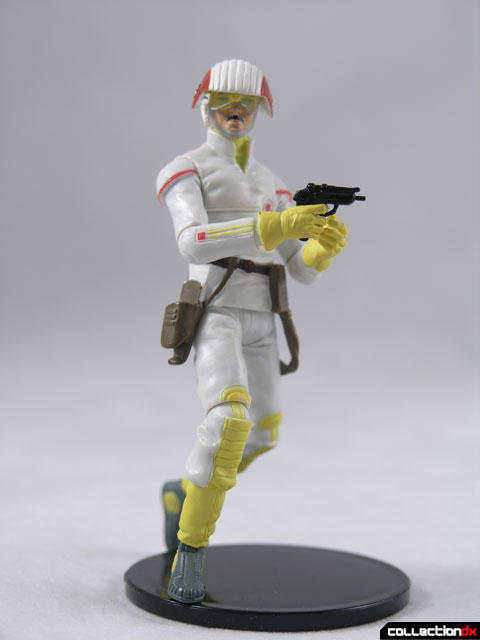 Now I need to get a Cloud Car! 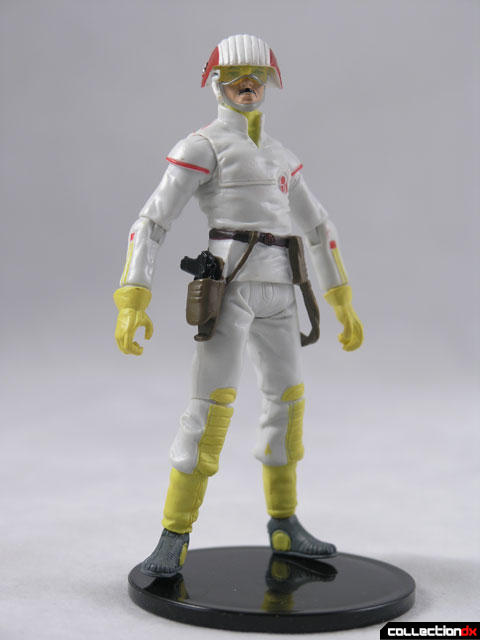 2 comments posted
Man, I'd love to see someone

Man, I'd love to see someone paint this guy up in blue so he looks like Mega Man on the Mega Man 2 cartridge.

I think the site needs a new TOTY year category for Best Moustache. This guy would totally win,