Cleveland may be one of the least funny characters on the show, but he has one of the best toys in the line.

In the show, he's the boring friend of Peter Griffin, and the token black guy. Someone thought it would be a good idea to give him his own show, and yes, it is terrible.

Except for the Comic-con episode. That one was cool.

But the toy is good, and probably has the best likeness of any of the toys in this line, He also has an angled waist joint so it gives a bit more articulation.

Cleveland interacts with the "Crazy Interactive World" bases, and says four phrases on each of the bases. 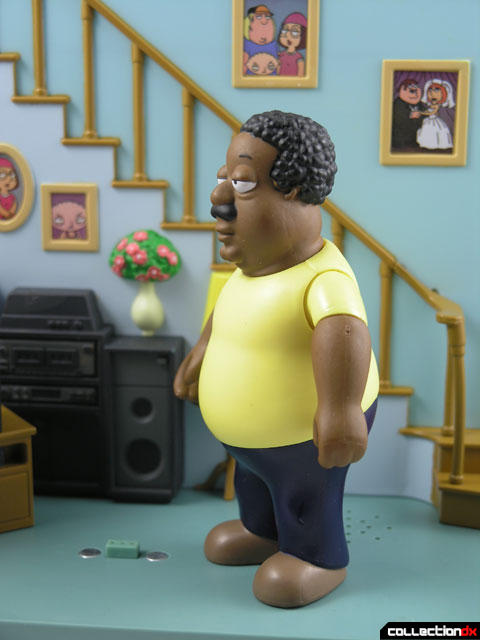 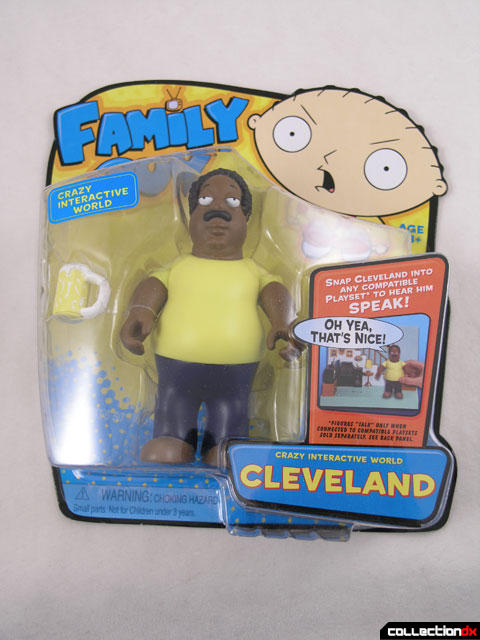 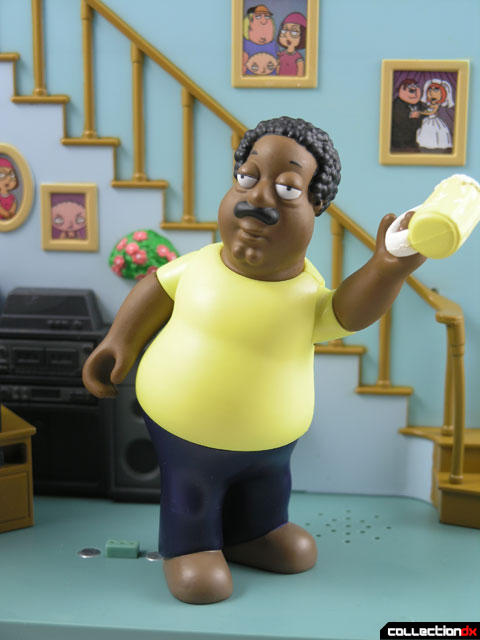 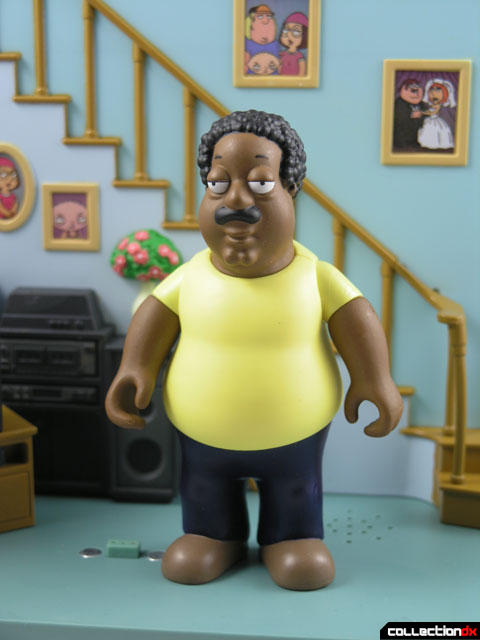 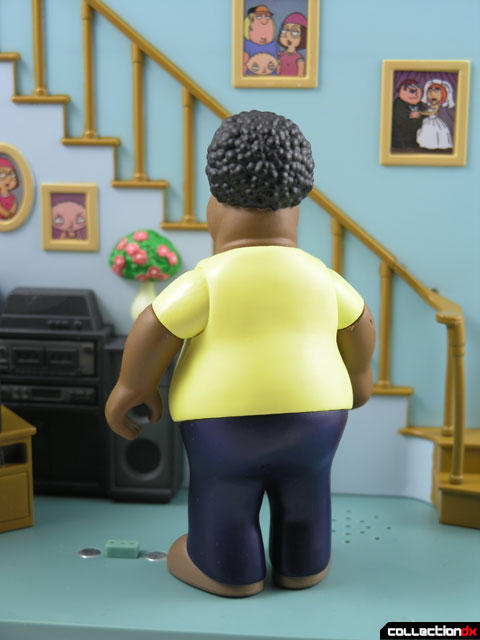 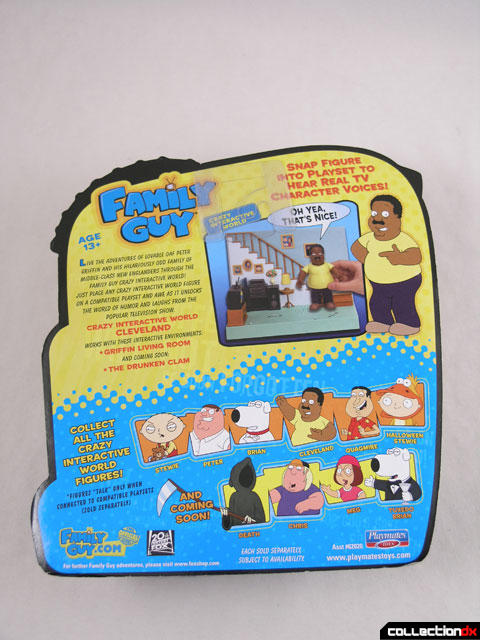