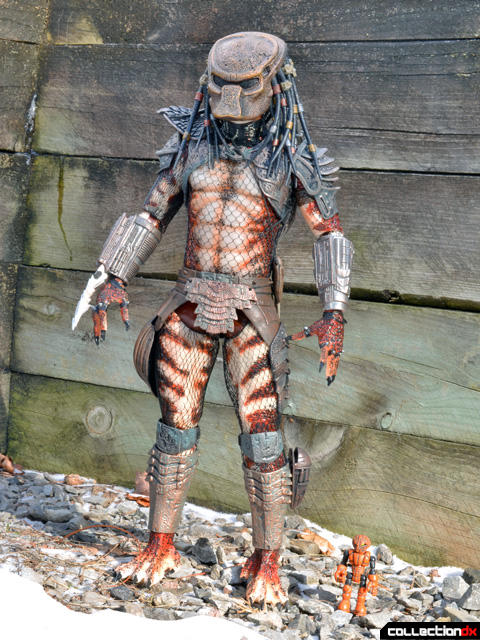 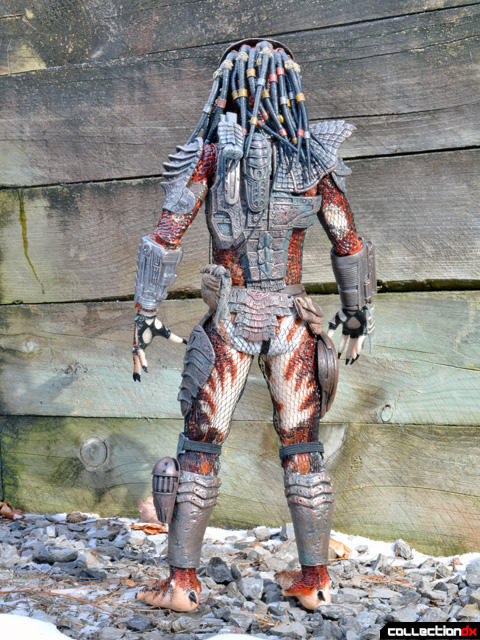 Like NECA's other Predator offerings, the City Hunter is made from hard and soft PVC with some more rugged plastic for joint areas.  He features plastic body netting and a trophy pouch on a black cord.  The kneepads are separate parts held on with elastic. 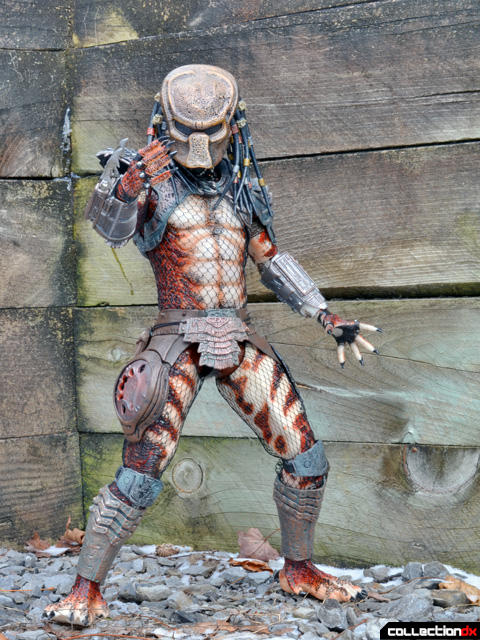 City Hunter features extendable wrist blades and the removable smart disc with flexible plastic holster.  His right hand is posed to be able to wield the disc. 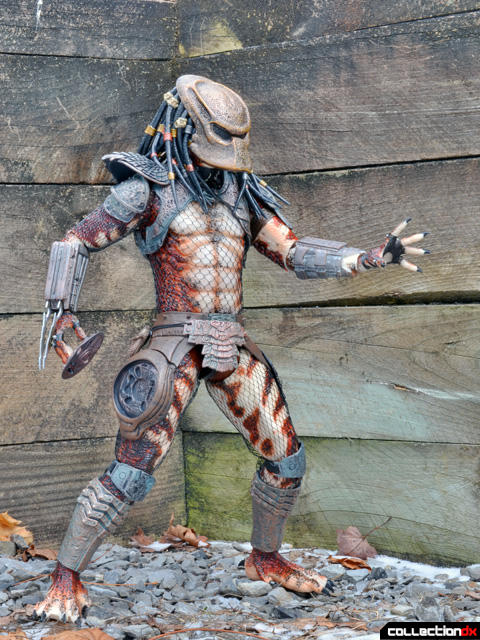 Since there is a little give to the plastic of the hand, City Hunter grips his smart disc fantastically.  The disc is hard plastic and stays nice and straight.  There is detail on the underside of the disc and the inside of the holster that is nicely painted.  No corners are cut on these guys. 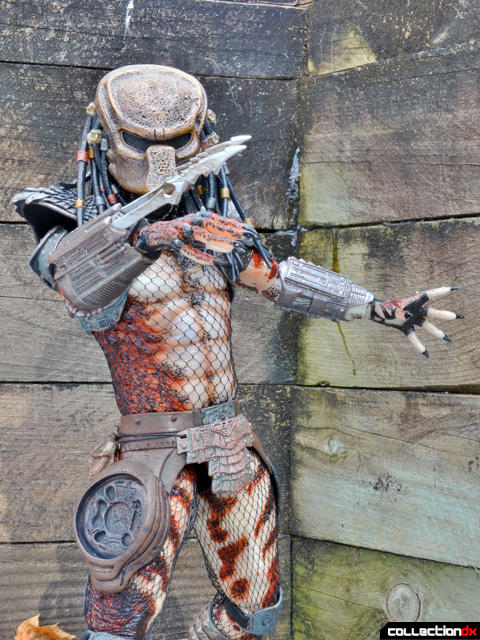 In such huge size the blades are good sized and plenty rugged.  They are such wicked looking weapons that Predators can only look awesome waving them about or sticking them into things. 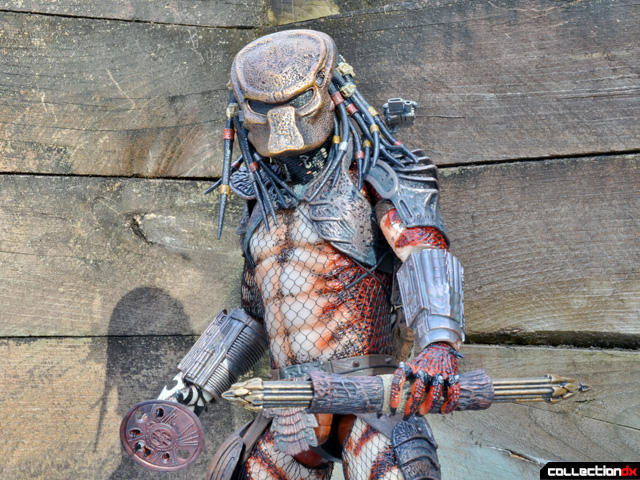 The City Hunter's accessory is a collapsible spear with a hand to hold it.  It does not fully collapse to look like the one that came with Ram, but what it does instead more than makes up for that... 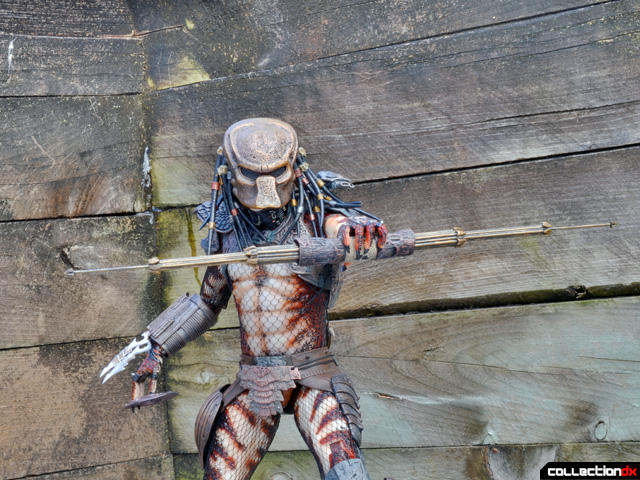 The extended spear is as long as the Pred is tall.  It's made from hard plastic, but the thin bits are not brittle.  I have whacked my spear into a couple of things and not broken the tips, but I am not sure they would survive a big shelf dive. 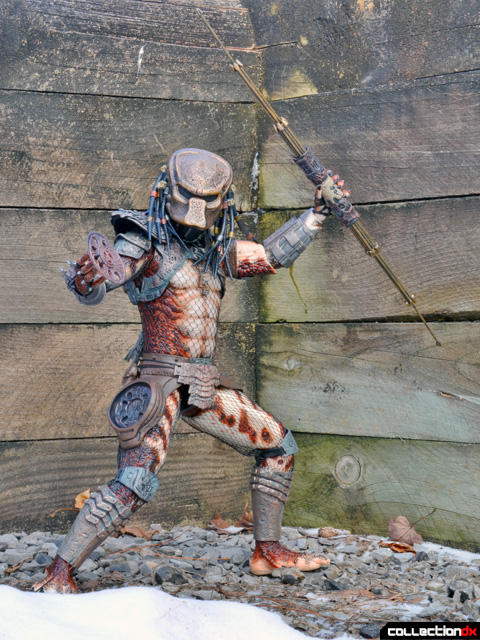 Armed with a smart disc, wrist blades, and a spear the City Hunter is ready to slay Los Angeles crime bosses and police officers with ease! 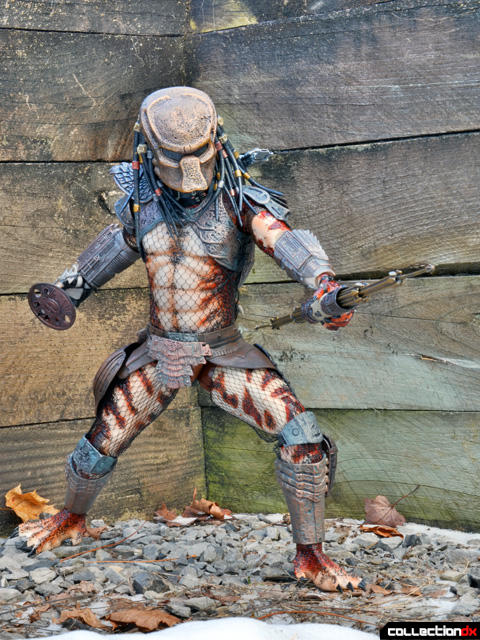 These giant figures are a blast. 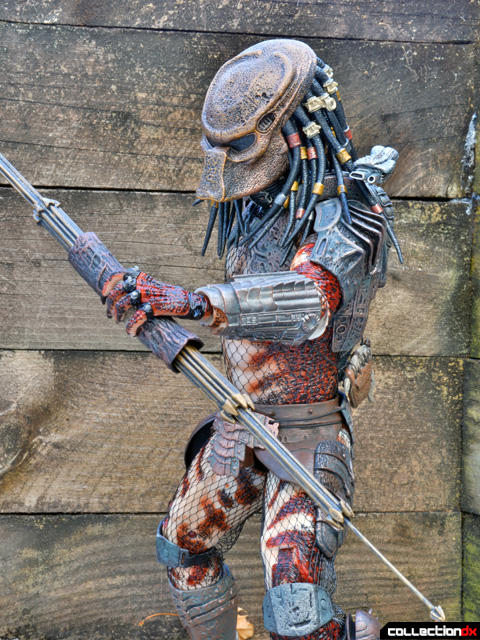 The plasma caster is a bit warped on this guy as well. 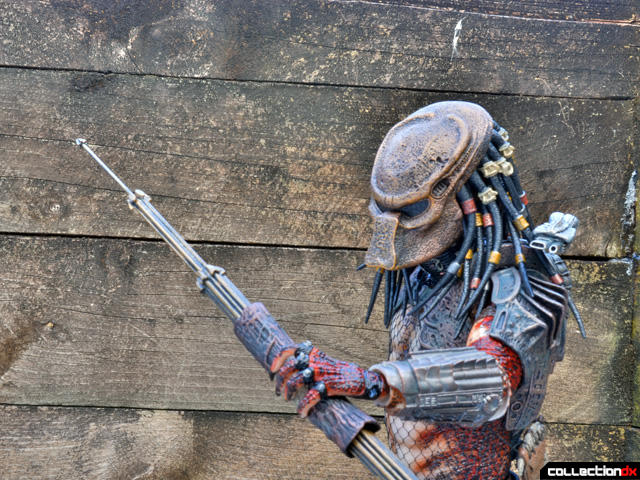 I am no big fan of Predator 2, but I do love the City Hunter design.  The armor pattern is more tribal and less mecha, and the City Hunter looks much more maneuverable than the original Jungle Hunter.  The mask has an interesting shape to it and is pitted and weathered very convincingly. 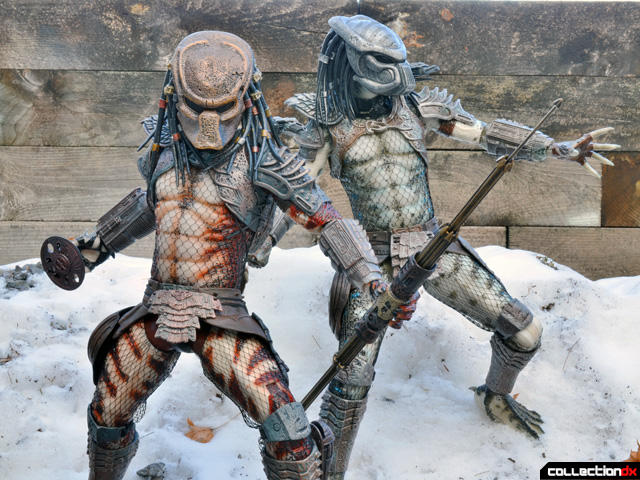 Together, the City Hunter and Ram are a fearsome pair that take up a ton of shelf space.  They are well worth the use of space and the $90 price tag.  These are huge toys with centerpiece levels of detail and quality with the durability and playability of much cheaper productions.  NECA has announced that more 1/4 scale Predators are on the way, as well as other licenses including the Avengers!

3 comments posted
Wow. While I don't

Wow. While I don't particularly care for the Predator, the fact that they can be this large and detailed and retail for less than $100 is incredible to me. I will definitely keep an eye out for their upcoming Avengers releases.

Totally. I have Iron Man on preorder, and am waiting to see Cap in person before deciding.

These are seriously gorgeous. Excellent review as always, mang.