This dollar store trash is simply labeled Quick Change, but I will be calling it Toolbot if nobody has any objections. Toolbot is the most interesting kind of bootleg: the bootleg which isn’t a bootleg at all. Perhaps there was once a licensed Toolbot, but I doubt it. It would be nice to own this piece from its original run, as the molds are totally wrecked at this point and the thing barely holds together or stands up. Even in its degraded state, the Toolbot exhibits flashes of competence here and there.

This particular incarnation is packaged on a big, dumb blister card. I’ve owned another specimen which was packaged in a nice window-box. 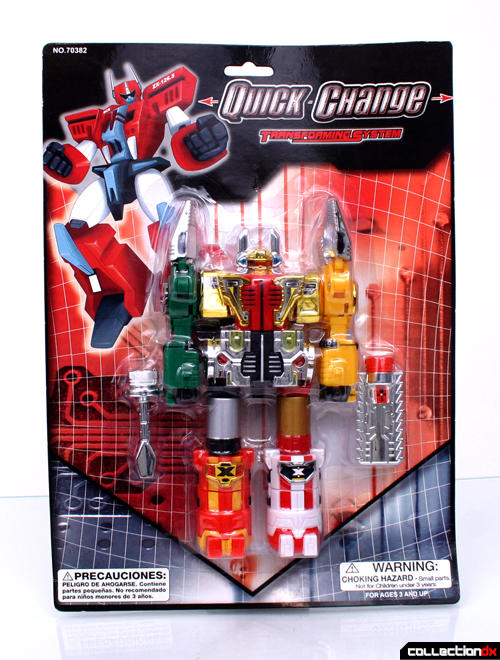 Microscopic transformations details are printed on the back. 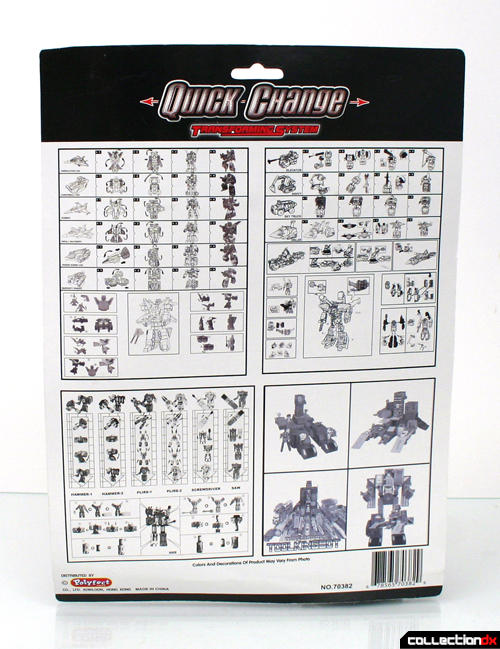 Though Toolbot is packaged in combined form, we’ll look at its constituent parts first.

Two sets of pliers become the arms. The pliers do feature your basic plier articulation. 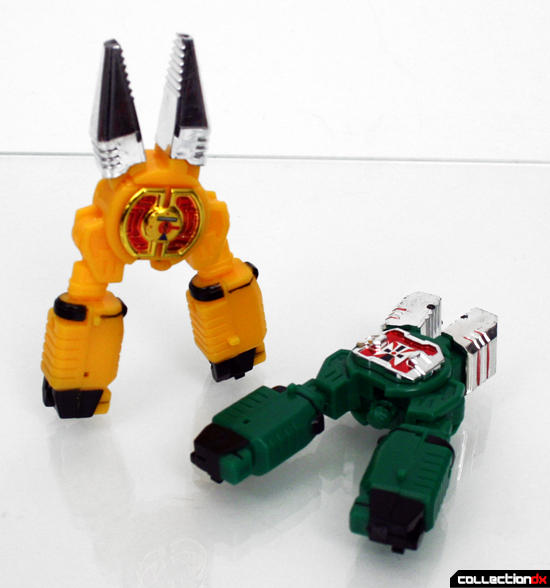 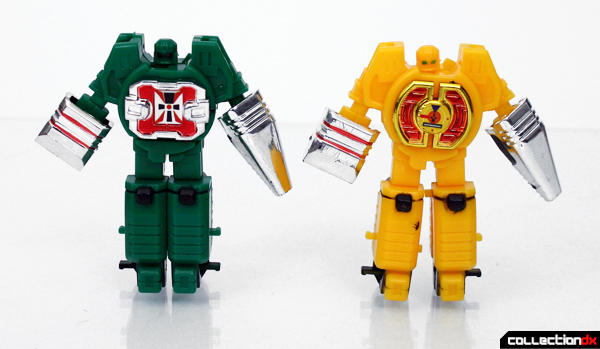 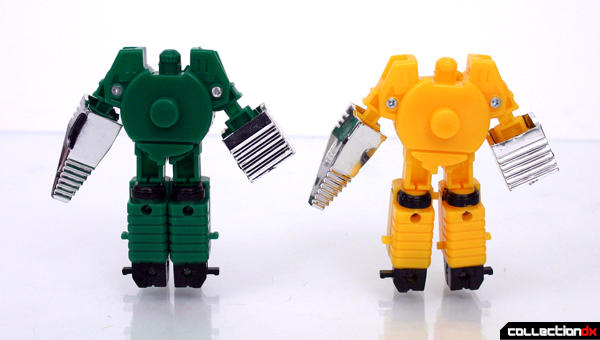 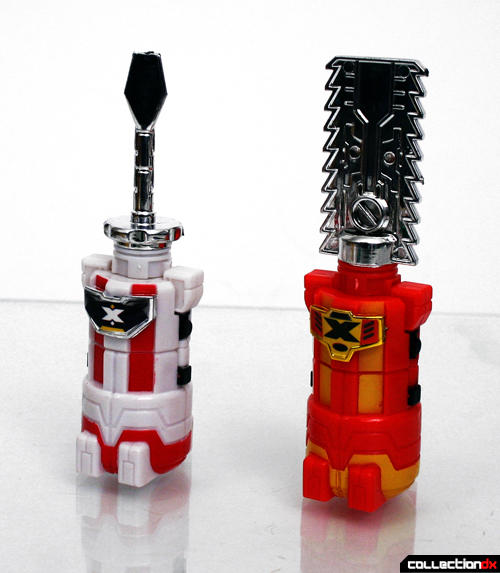 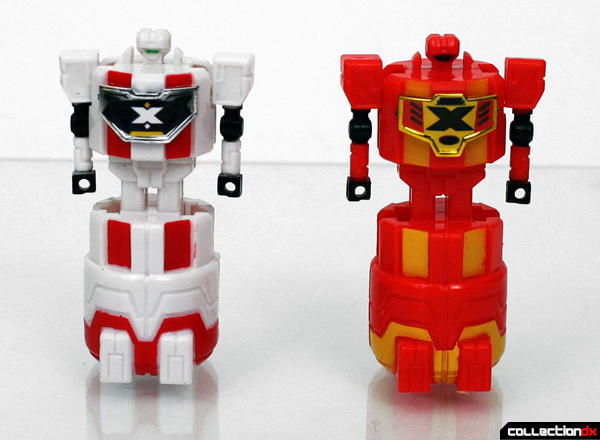 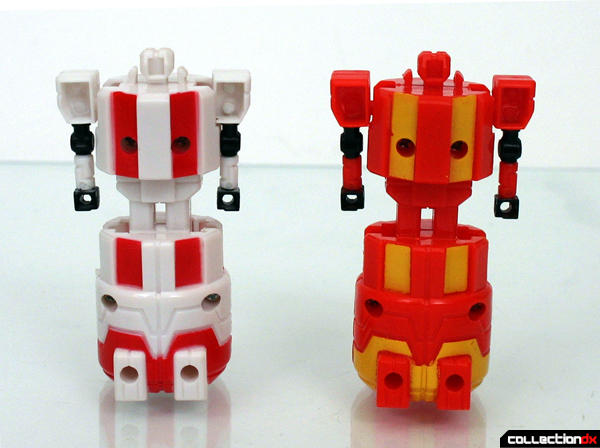 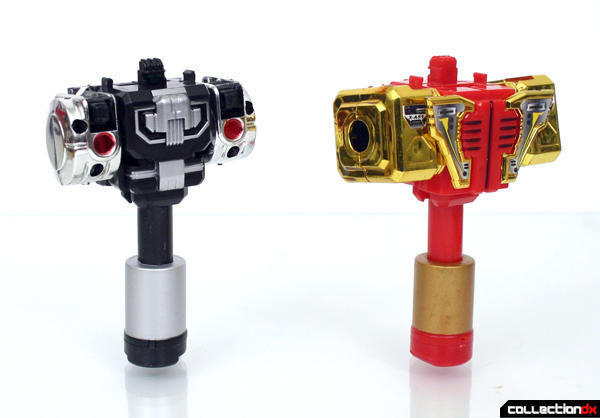 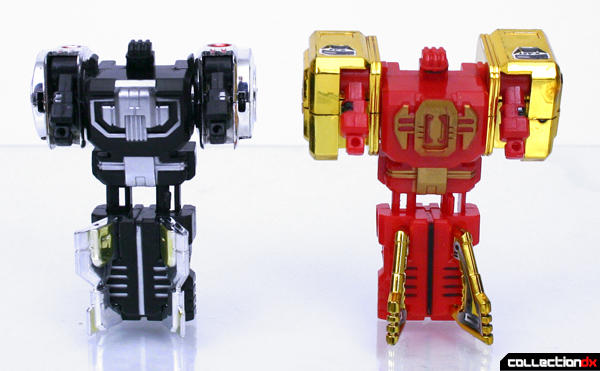 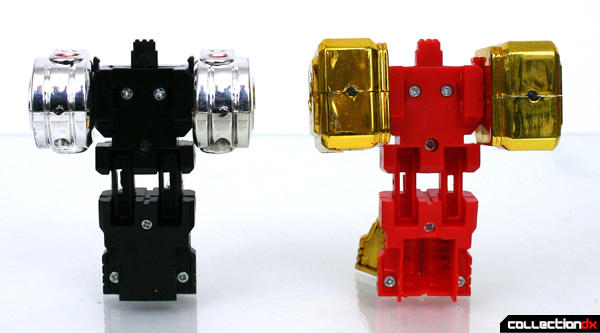 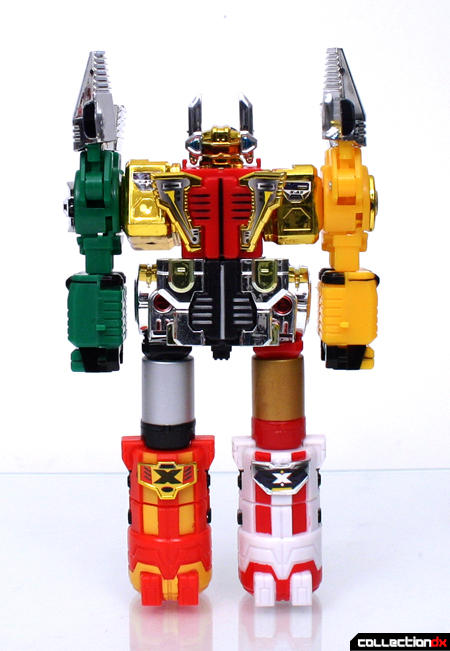 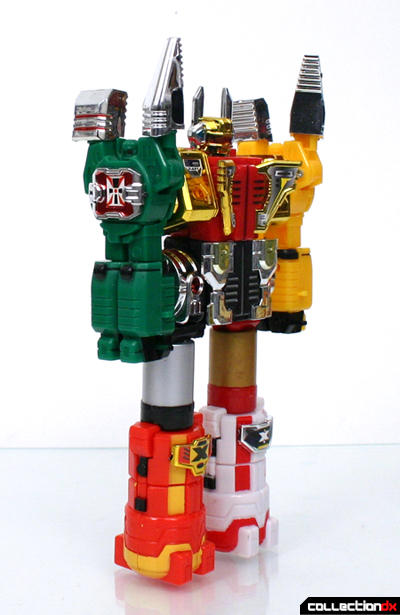 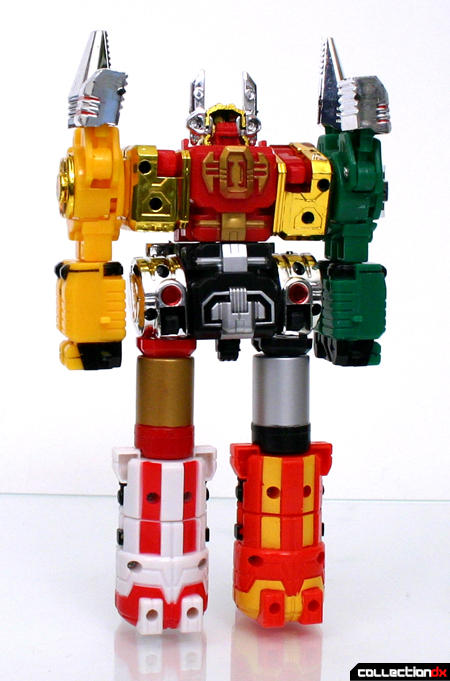 As bad as this piece is, and it’s really bad, I can’t help but like it a little. Sure the colors are all wrong, and the mix of chrome and gold plating is deeply offensive to human eyes, and it’s ramshackle and amateurish and...where was I? Right, the whole composition really holds together. The idea of a hand-tool gattai is inventive, and as far as the logic of transformation and organization of components, well executed.

By way of making my point, I offer a crudely photoshopped photo, reducing the toolbot to it's fundamental lines and shapes. 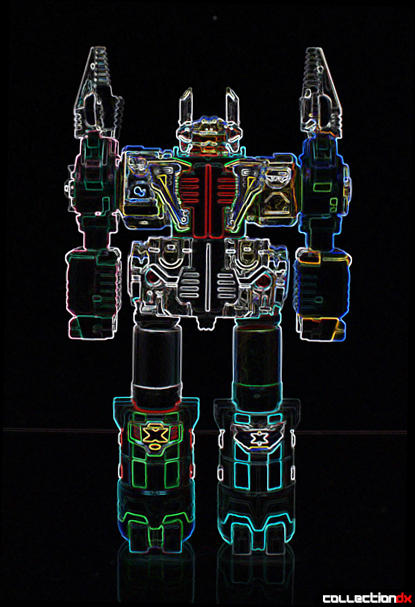 The underlying design is good, the execution was just weak. I’d like to see an enterprising kitbasher create a Masterpiece Toolbot in a “real-type” colorway.

11 comments posted
...this is so cool

I really want these to show up in UK poundstores now, this is positively brilliant. As someone who's apparently very good at handling wonky bootlegs, I'd love this.

Are there websites that sell crazy pieces like this/other excellent dollar store nightmares?

It's on ebay for a pittance. Get it and be happy.

Try KOtoys.com, they've got a ridiculous amount of this kind of stuff.

THIS SITE IS AMAZING THANK YOU

My thanks as well. I've already ordered a few choice pieces (I'm over the moon for a particular transforming John Deere tractor) . I'd love to get it all, though, particularly every last clear variation.

They even have the large toolbot. I can still review the DX version.

YOU CAD! This was going to be one of the first robots I reviewed once I started doing reviews, but you beat me to it.

This is not the only toolbot in the world. About six years ago, dollar general had the toolbot set, but it was much larger. The original black hammer bot comes up to the waist of the fully combined new tool bot. The hammer bot and a few swords are all that I have of my original set. When I got the new one on ebay, I was not expecting a miniaturized version. I can provide some comparison shots if you wish.

Sorry to steal your thunder, JS. I'd certainly like to see comparison shots. I've owned a few of these but I've never seen the larger version.

Congrats on making me buy one. Thanks?

I don't want any credit for that decision.