I've already talked about how Cherno Alpha was my favorite Jager in Pacific rim, so naturally I was going to pick up not only the 6" version, but the 18" version as well. As we saw with the 18" Gipsy Danger, NECA excels at these large scale offerings. How dies Cherno Alpha stand up?

Cherno Alpha is a big, heavy beast of a robot. All of the limbs are made out of solid PVC, and thus adds a great amount of weight. 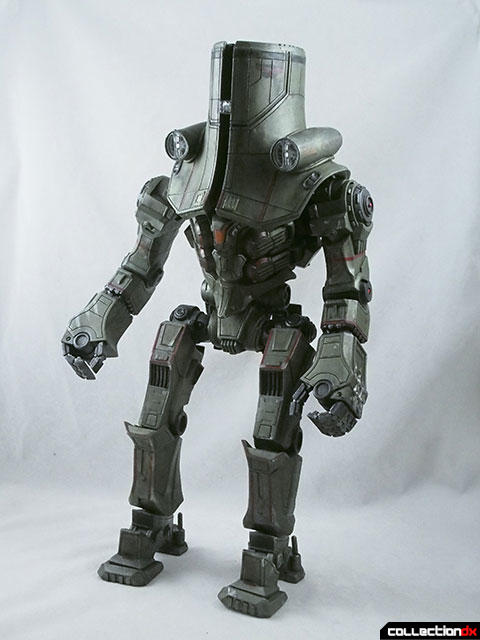 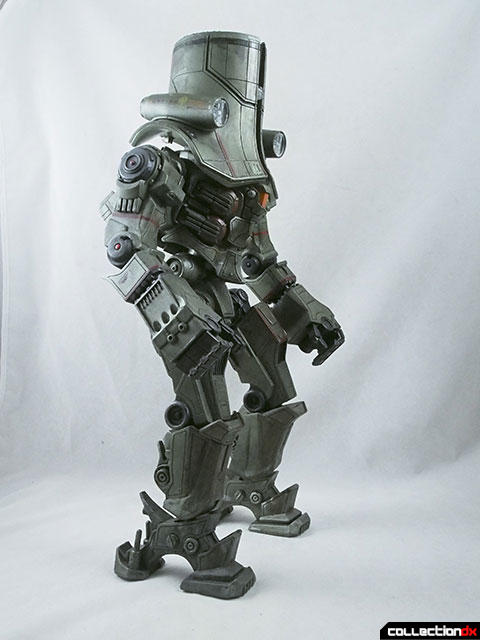 Paint and detail are great. There are lots of little mechanical details all over, and the military style tampo markings are tight and realistic. 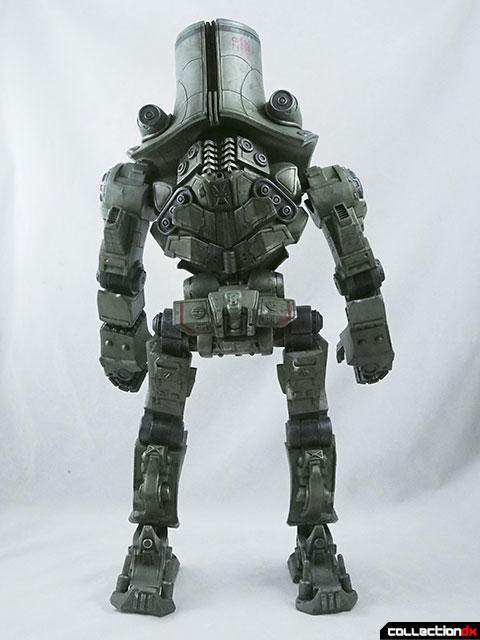 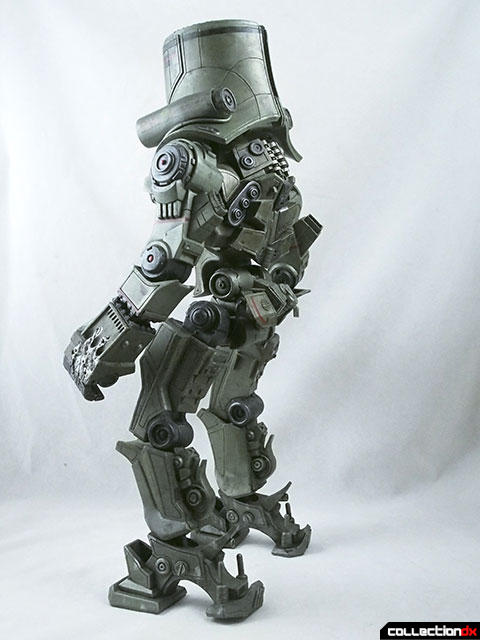 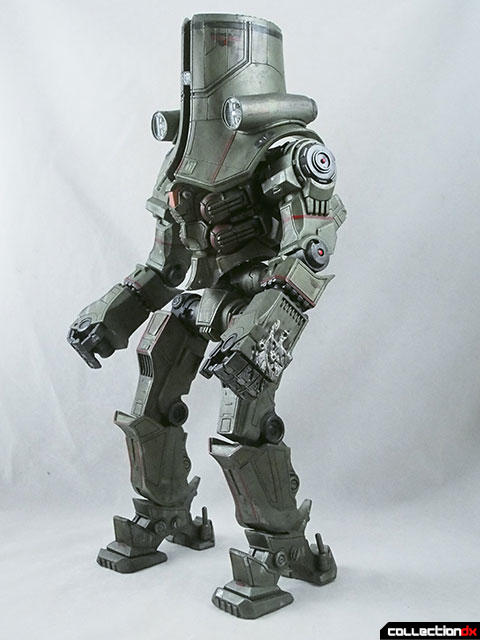 The arms are on ball joints at the shoulder, and there is a hinge at the elbow, then a swivel at the forearm. Each fist can extend a little, and both parts of the hand can open and close. 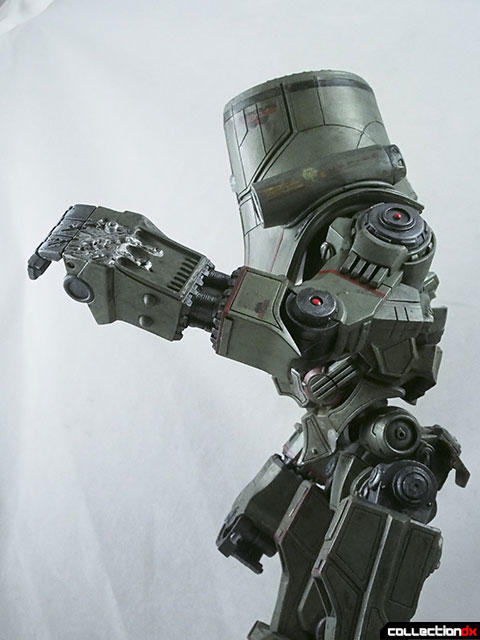 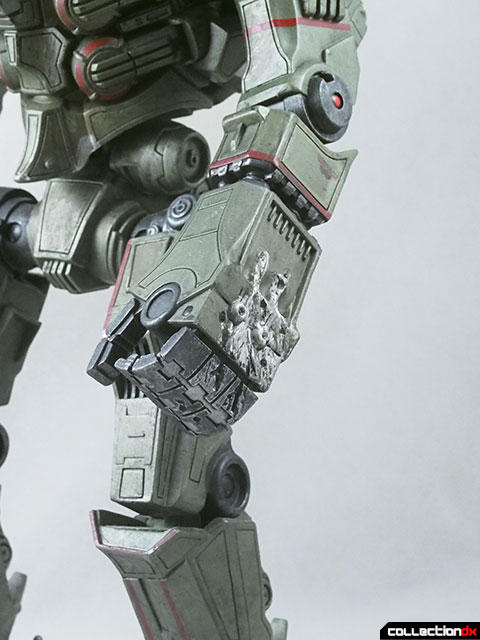 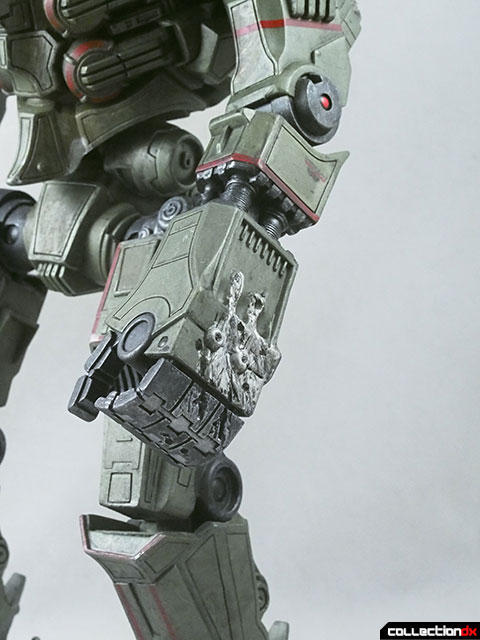 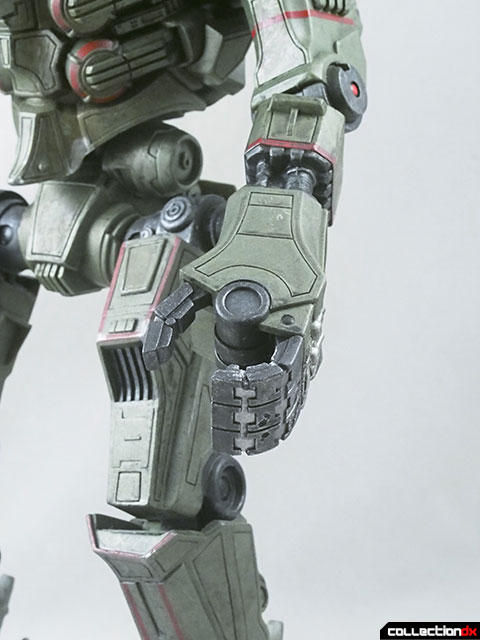 The head is on a ball that pops into a socket underneath. I'm not sure why Cherno Alpha needs a head joint at all as you never see it move in the movie. In this case its a detriment because the head never fully pops on, and is prone to fall off easily. 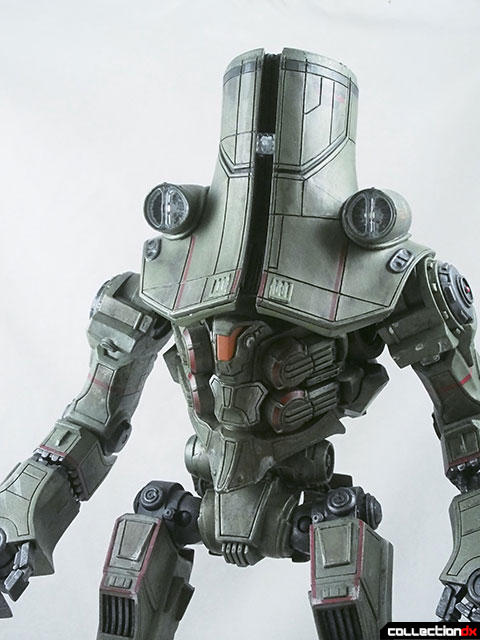 There's great detail on the back, including two movable flaps on the rear. The torso is connected to the waist with another ball joint. 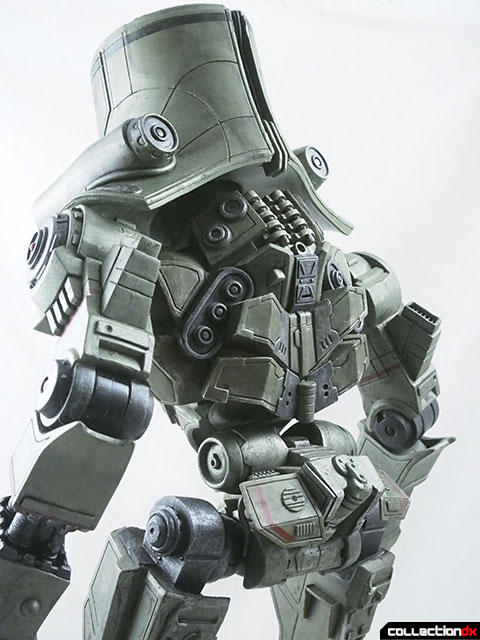 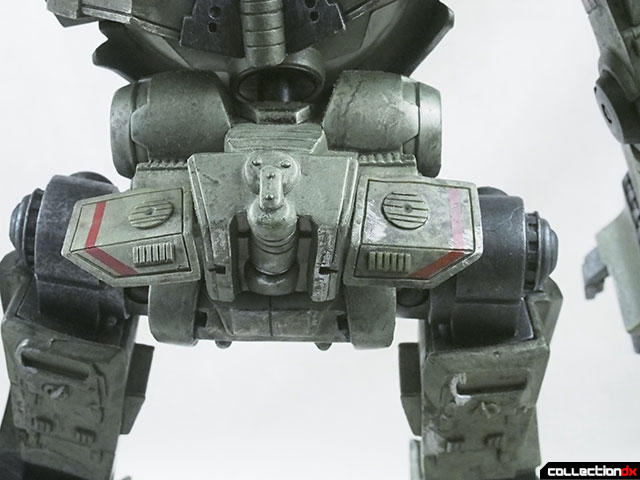 The legs are fairly flexible with ball hinge joints at the hips, hinged knees, and ball jointed feet. NECA did some weird shit with the feet, exposing these long pegs for ankles. It looks like there may be a hinge in the ankles, but it doesn't seem to want to move. That's the golden rule with NECA - don't force anything, because it WILL break. 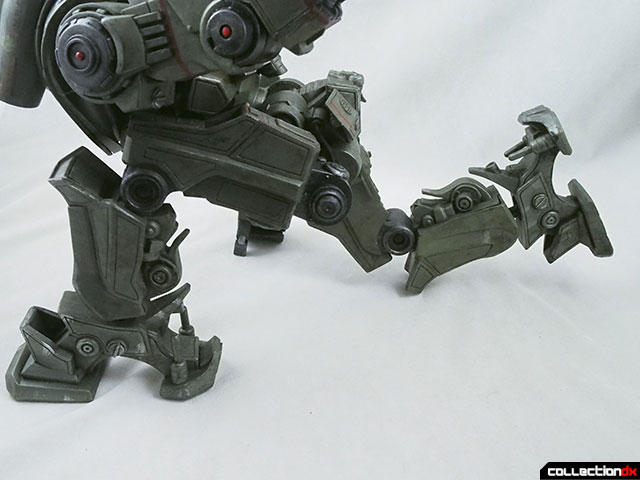 Cherno Alpha has a few fantastic light-up features. To light up the head, press the button on top (batteries can be changed underneath the head). 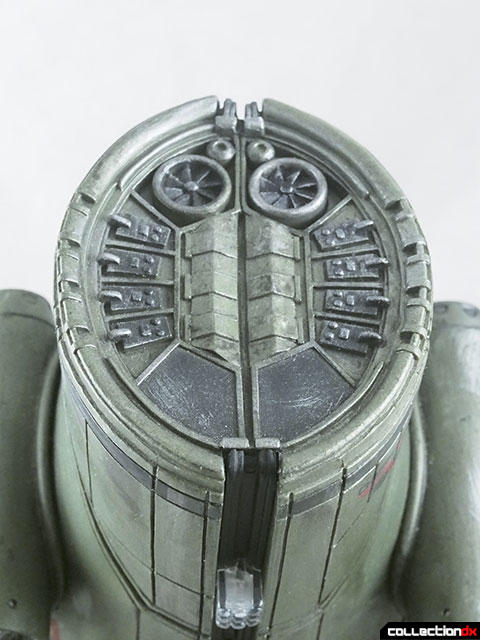 On the chest there are four opening panels which reveal lights in addition to the other light-up points on the figure. These are activated by pressing a button on the back. 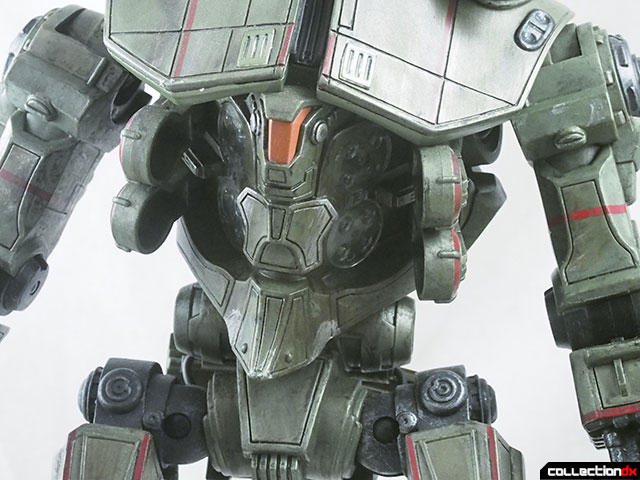 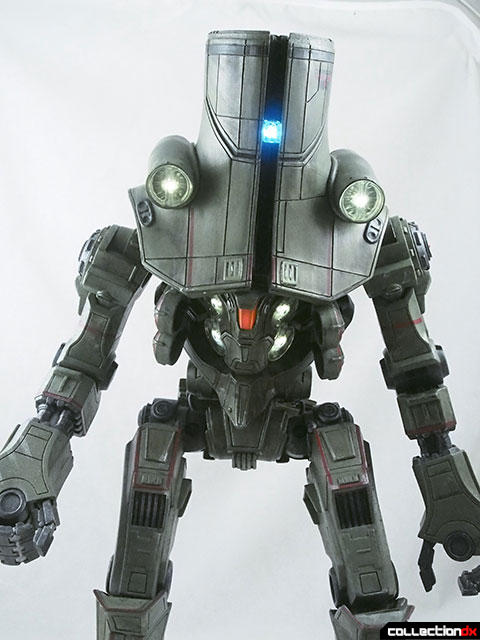 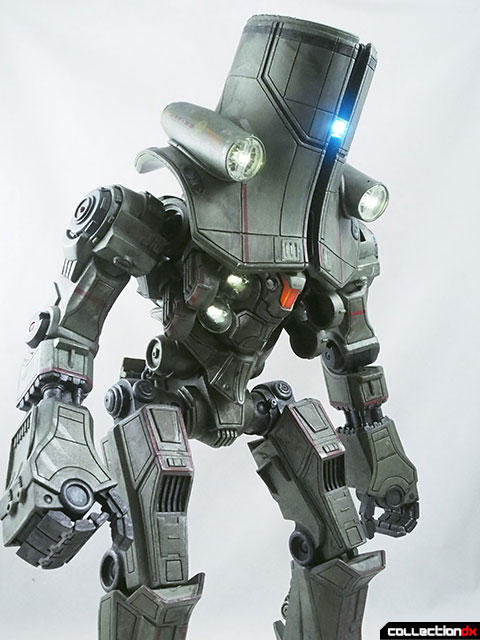 When Cherno Alpha is all lit up, he looks amazing. The lights really add value to the figure. 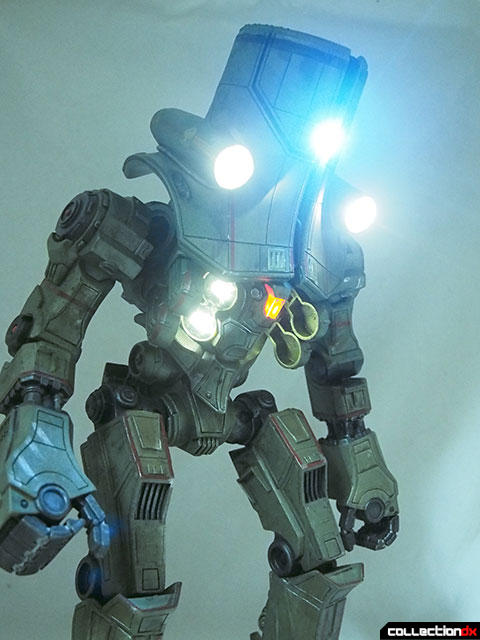 I agree this was my favorite design in the film.

Now if they could only make a model kit!