Today I will be reviewing the original version of Cheetor. In the show, he's portrayed as a young warrior so even though he looks more like Prowl, I guess it's safe to say that he could be the show's equivalent of Hot Rod. Cheetor's mold was used quite frequently over the years. Not including the numerous repaints and variants, his mold was also used to make Tigatron (who also had a few repaints), Shadow Panther, and another unreleased Catbot whose name escapes me right now. To learn more, take a look at Cheetor's page on the TF Wiki. 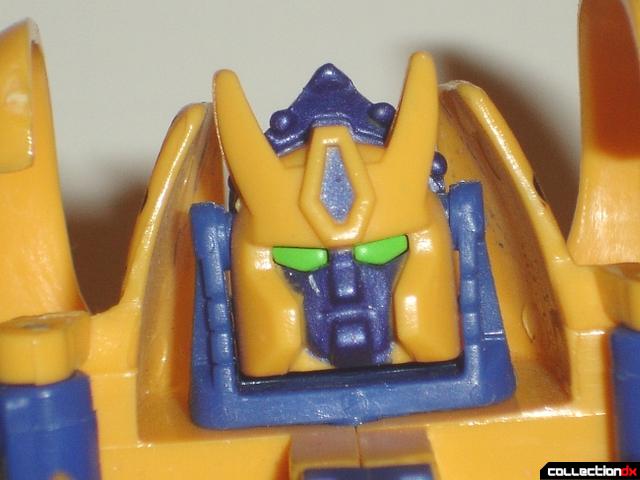 Cheetor transforms into (you guessed it) a cheetah and a rather buff one at that. Even though a lot of the early Beast Wars figures didn't have anatomically correct beast modes (which could be a good thing), I still enjoy them for what they are. To get the full effect you have to look at him from certain angles or just ignore the blue robot bits sticking out. He has 6 points of articulation in beast mode. His front legs only swivel up and down while his back legs has articulation in the knees and thighs due to transformation. 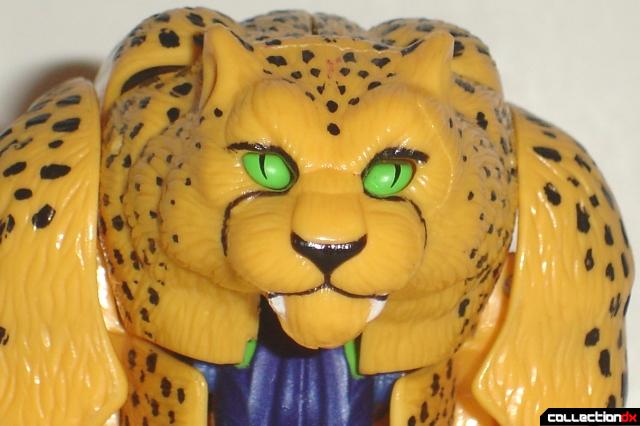 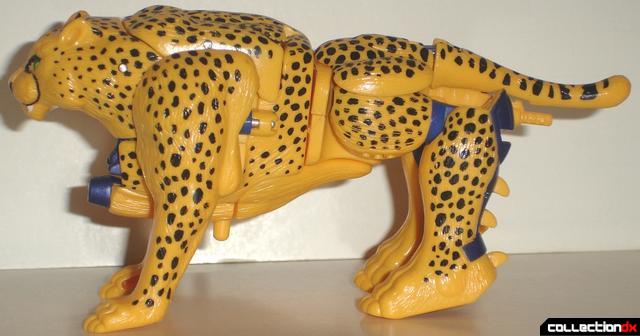 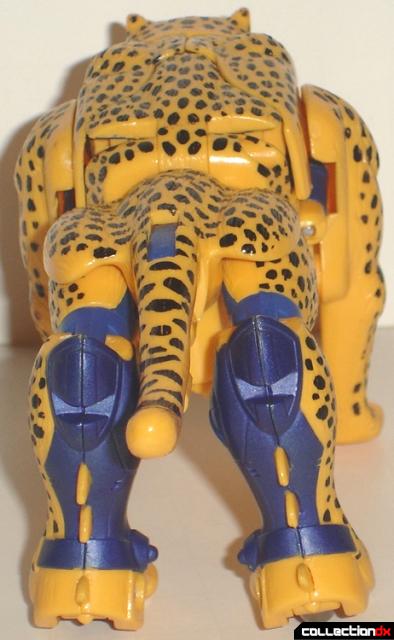 Speaking of looking at him from an angle, if you stare at him straight on, you'll notice his gun and robot head are clearly visible. 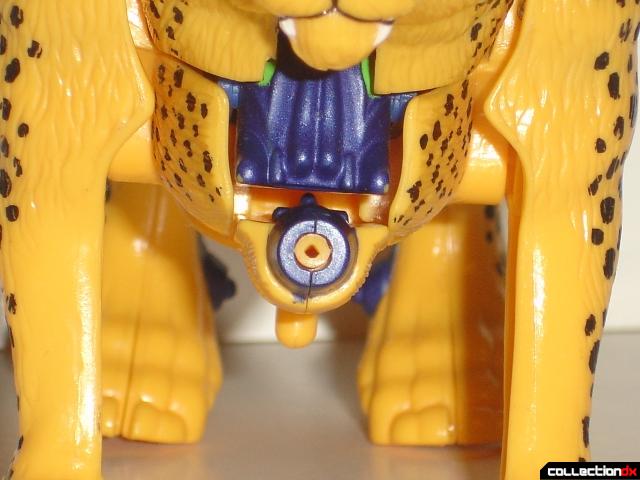 Cheetor has two hidden weapons. A gun that squirts water is located under his belly (well, the gun actually IS his belly) and another one that is formed from his tail and hind quarters. Thanks goodness it's non-firing... 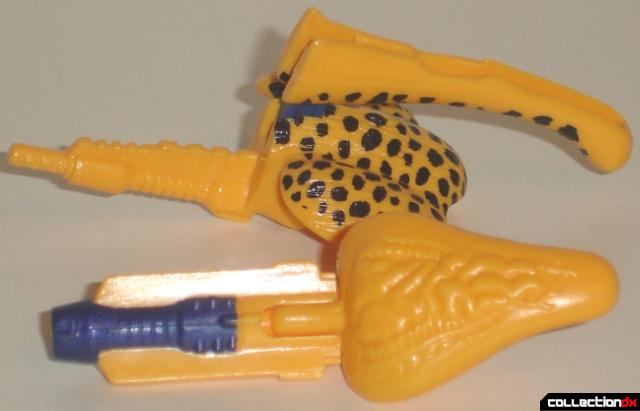 Here is a close up of his "gut gun." I wish Hasbro would've painted the intestine details, but ah well... 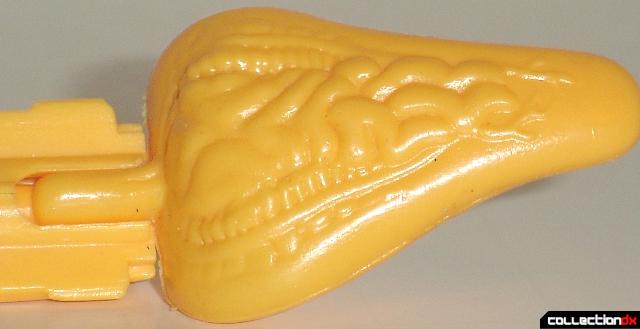 In robot mode Cheetor has a lot more blue showing which goes great with his mainly yellow color scheme. Unlike in the show where the cheetah legs fold together on his back and out of the way, on the figure they just hang off of his back. It doesn't bother me, but I know some people don't like extra "kibble." His beast head can be either left alone or tilted down, whichever you prefer. 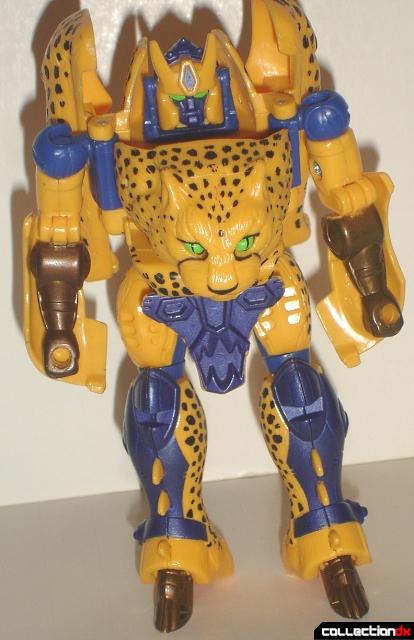 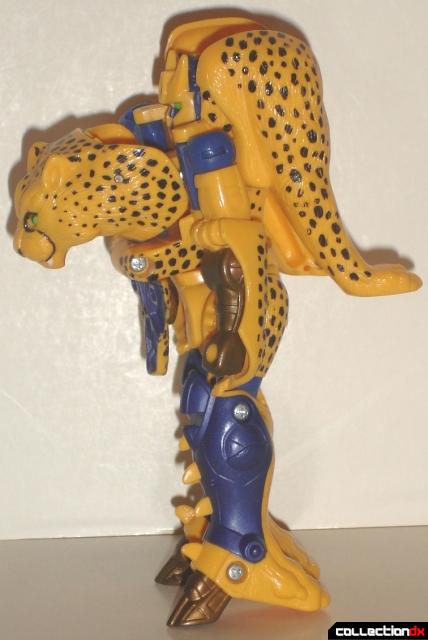 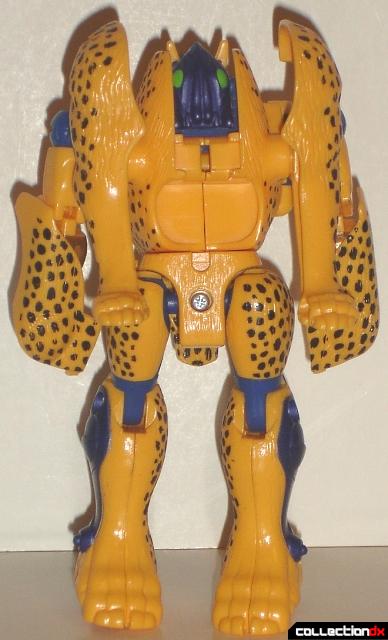 Being one of the first season Beast Wars characters means that Cheetor has been blessed with a "mutant head" that he can alternate between. Not everyone likes these, but I think it adds something to the figures. 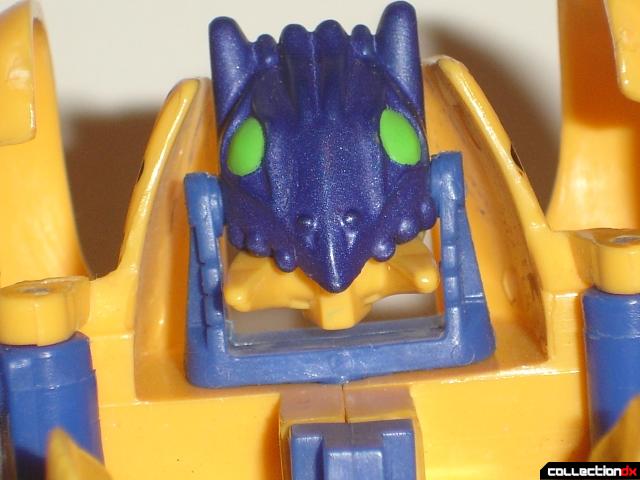 Having both of his guns equipped makes him look very fearsome. Also notice how his crotch looks like an African mask with eyes and sharp teeth. Very surprised they kept that detail in the show. 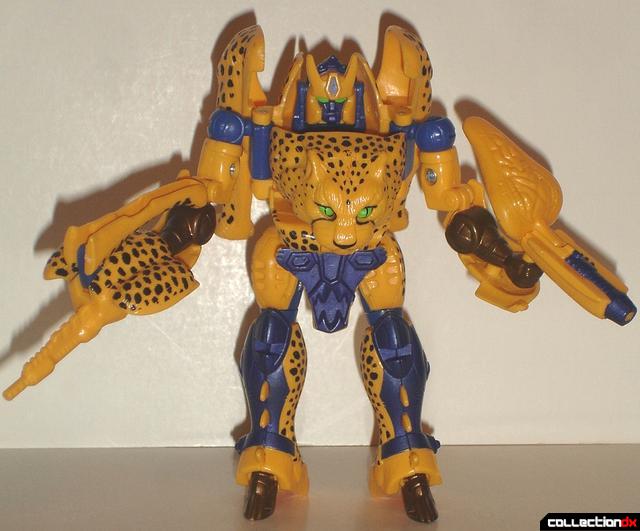 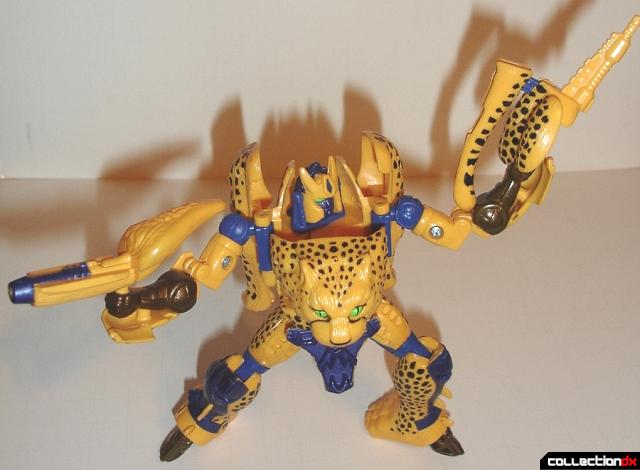 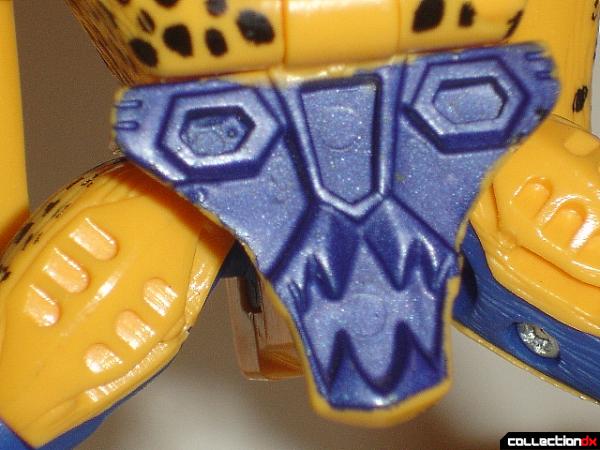 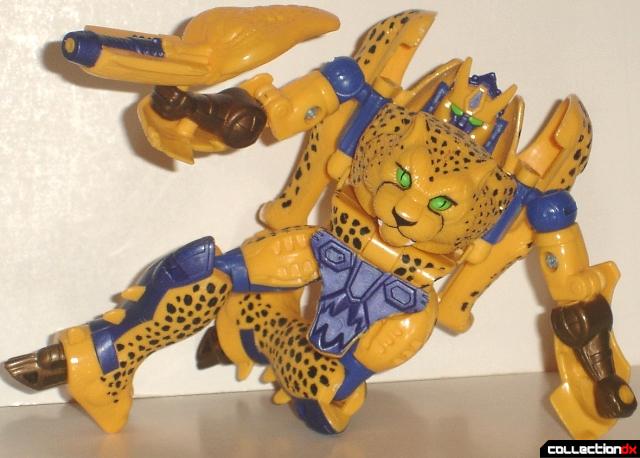 If you're the type of person who loves Beast Wars like I do, I say pick this guy up (or one of the many repaints) if you can find one for a good price.

very cool review. I've been meaning to track this guy down eventually. I wonder if they might update his toy soon like so many other Beast Wars characters have been having recently (Rattrap, blackarachnia)

It'd be cool, but I suspect the real test for more updated Beast Wars figures is going to be the success, or lack thereof, of the MP Optimus Primal due next year. If he does well, that will probably bode well for more modern BW figures, and not just in MP format. Even though that would be fantastic.

@Optimal III: Earlier this year I've seen ONE test photo of the Masterpiece Optimus Primal in beast mode. After that, nobody even so much as mentioned him again. I hope his release wasn't cancelled. That would be a major blow for Beast Wars fans everywhere.

Thanks! They did update his toy but unfortunately it looks terrible. However, Rhinox and Rattrap are both works of art.

My favorite version of that mold (for Cheetor, at least) is the Fox Kids repaint. I think it "pops" more.

Must be the shiny paint and the burgundy spots. Lol.