Marmit’s line 15” vinyl super robots is called Fierce Legend of Super Robots (FLOSR for short). The line covers classic robots from the 70s and 80s and includes all your favorites such as Gaiking, Mazinger Z and UFO Robo Grendizer.

These not-quite-jumbos have an imposing presence in any collection, and feature fantastic detail. Each comes in an identical window box. 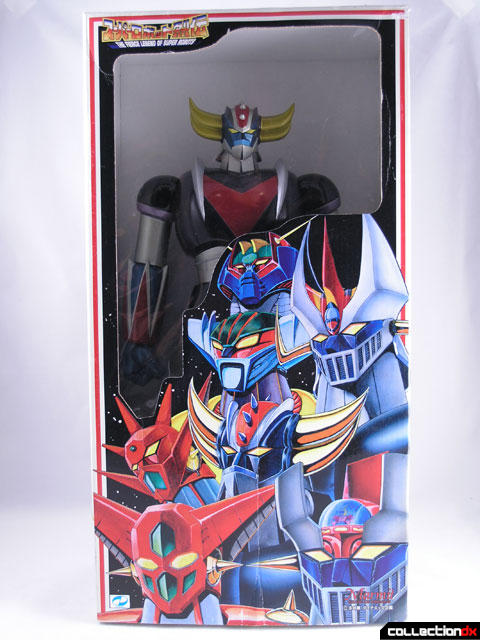 UFO Robo Grendizer is 15 inches tall and made out of hard vinyl. The figure is solid – you can feel the quality when you pick it up. The familiar design of Grendizer is rendered perfectly in vinyl. 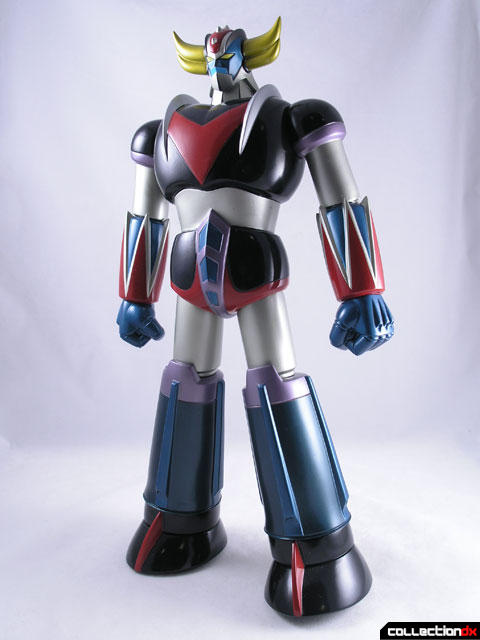 Articulation is limited – head, shoulders, and legs at the hips. There’s really not much you can do to pose it, but really that’s not the point of a figure like this. Its meant to look good, and it does that well. 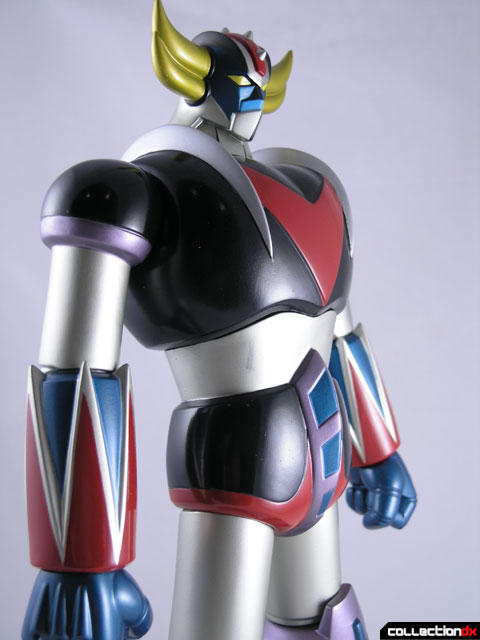 The Marmit logo and copyright are embossed in the feet. On my specimen, the feet don’t sit exactly level, but this is a common thing with vinyl figures. 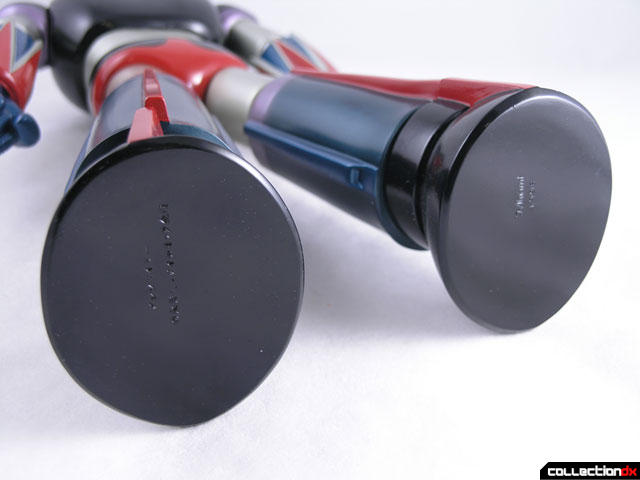 Also, Marmit typically runs FLOSR several times, with slight variations in paint, but as far as I can tell, there isn’t any sort of marking on the box to tell which version you are getting. Sanjeev tells me that this may be a second or third version, due to the tone of the red. 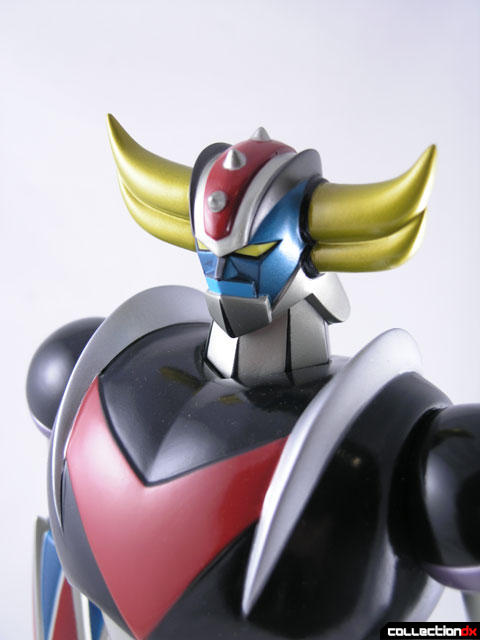 These are pretty common figures, but beware of bootlegs. The bootlegs can be spotted due to them being packaged in a blue window box.

So why don't i have more of these? The designs are awesome, and they look killer as a group. Maybe its time to look into the rest of them.

For those interested in seeing how this figure stacks up against the Daigokin, check out my Marmit Daigokin Grendizer review here. As Josh said, I believe the FLOSR reviewed above and the one from the Daigokin review are from a second run of the figure (circa 2003-ish?) because of the darker red paint.

Anyway, though they don't really do much and are so big as to be a tad unwieldy as toys, they still make gorgeous display pieces. I have the whole Force Five crew with the Daigokin Grendy (since sold the now-redundant FLOSR), a Gaiking I customized, Danguard Ace, and Getter Dragon, Lyger, and Poseidon.

This review is inspiring me to review 'em!

Marmit did an awesome job of making this figure. I have one of my own and I must say it has great detail even with its' large size. I would recommend this to anyone who likes Grendizer or is a Force Five fan.

By pure luck, I recently got myself a huge (about 18-19 inches tall) Max Factory (as engraved on its sole) Robo Grendizer made of PVC. It is quite heavy. It's just a loose item and no longer have its box.

I'm just a little confused when, on its website, Max Factory does not carry such item on their catalogue. I tried to compare my RG with the stuff in your collection, and it appears that it's not there also. Did I get a bootleg or something? If it is, then it's one hell of an imitation since the details are quite remarkable, really.

This one has a bit of a hunching problem. The only thing I disliked about mine. Another thing is that the box it comes in is not really the easiest to return this figure back into. But it still is one of my favorites in the collection.