The Chamberlain is a character from one of my favorite childhood movies, The Dark Crystal. Filmed in 1982, it's a fantasy done with remarkable puppets by Jim Henson. I was 9 when the movie came out and the thing has stuck in my head ever since. And It was a great travesty that we never got toys for the movie. Yes, I know about the ultra-rare prototypes that got out, but as a kid, it's a toy line I always wanted but never got.

Now, Funko with Super7 brings us the Dark Crystal as part of their ReAction line, perfectly capturing the look and feel of these toys as if they had come out in 1982. This line pulls at a special string in my heart, so my review of them may be a bit biased, but you will have to indulge me for a bit.

The Chamberlain is a Skeksis, one of the creatures who possess the "Dark Crystal". He's the closest thing to an antagonist in the film. The sculptors at Funko have done an amazing job of capturing the character's likeness to make a beautiful action figure.

The figure comes on a card that echoes the design of the aborted toy line from 1982. It's gorgeous, but sadly, the glue on the bubble is not strong enough to hold the heavy character. Expect to see these repaired and taped while on the pegs. 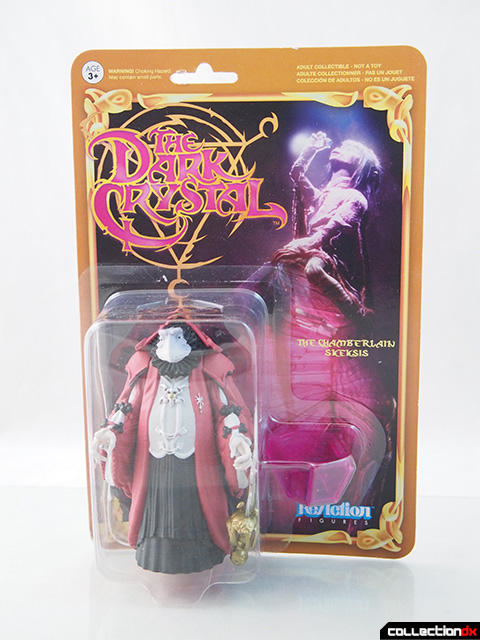 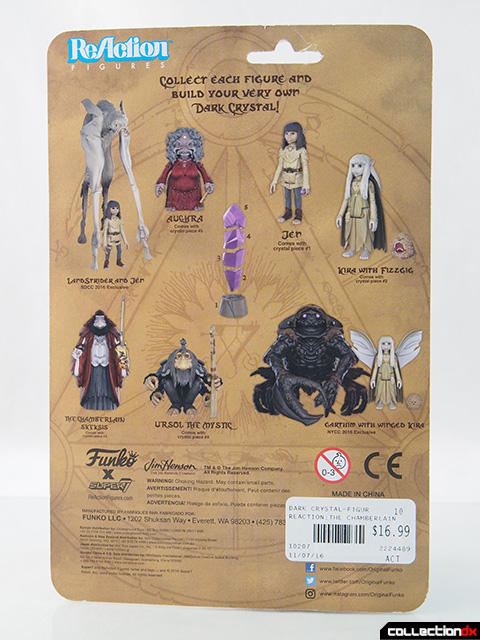 The figure is amazing. I can't say enough good things about it. Yes, the detail and paint may be a little tighter than one would have expected in the 80s, but it's a nice blend of modern and vintage aesthetics. 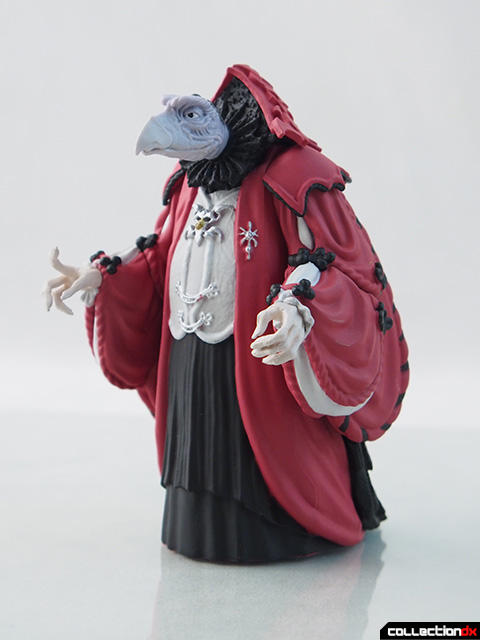 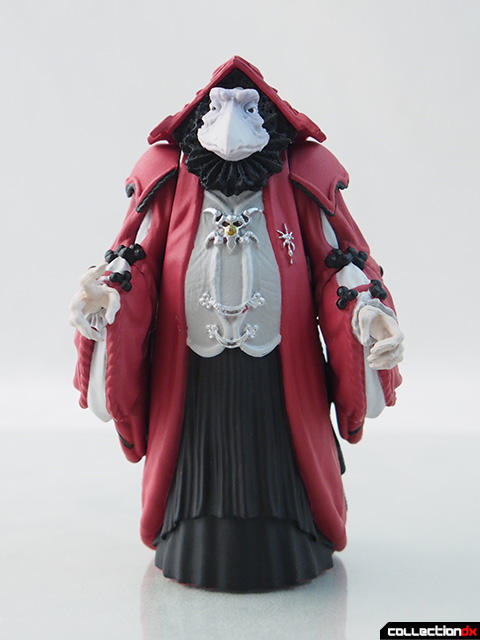 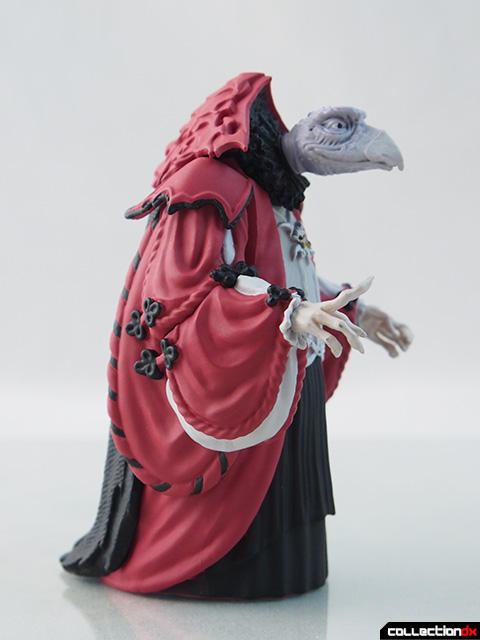 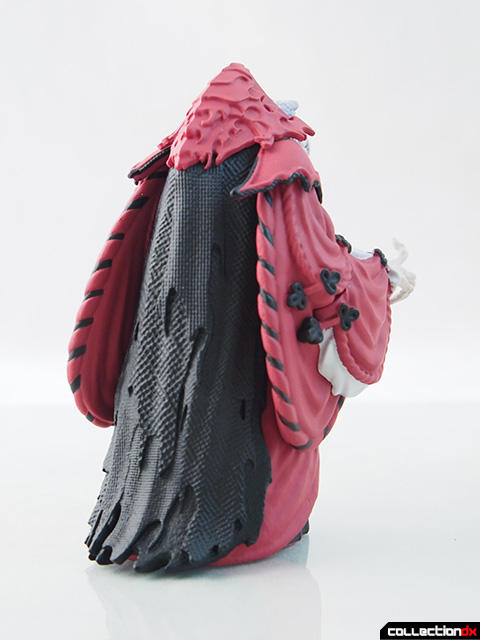 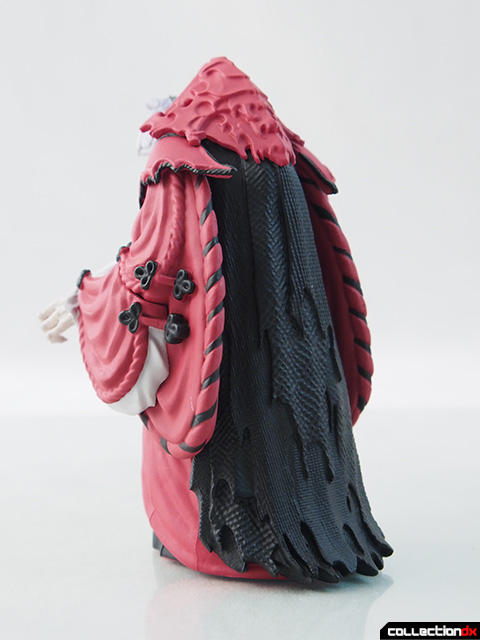 There are only three points of articulation. The neck and arms have swivel joints. The body including the lower legs are one solid piece. 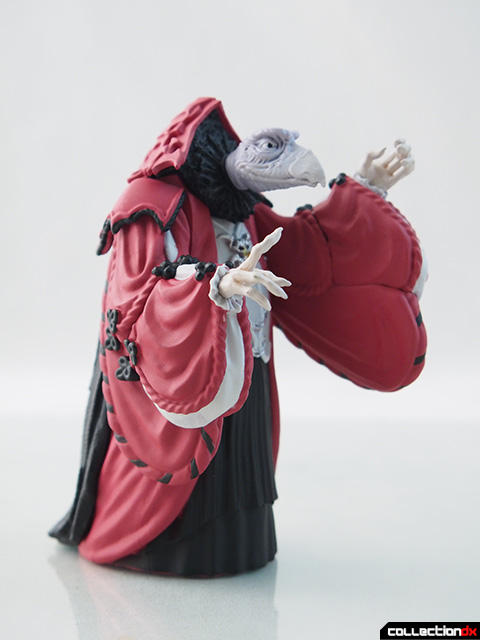 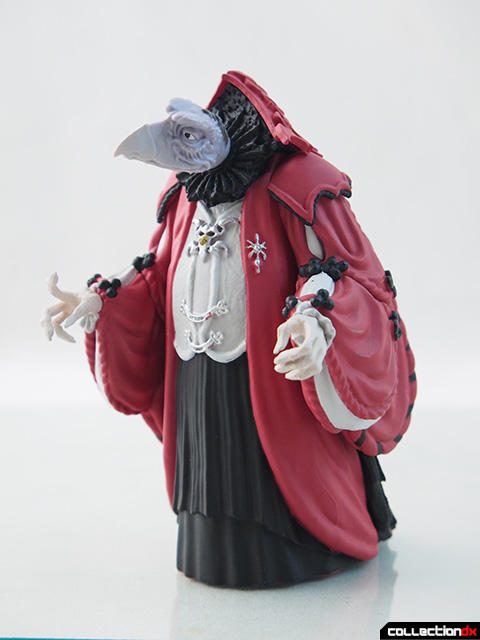 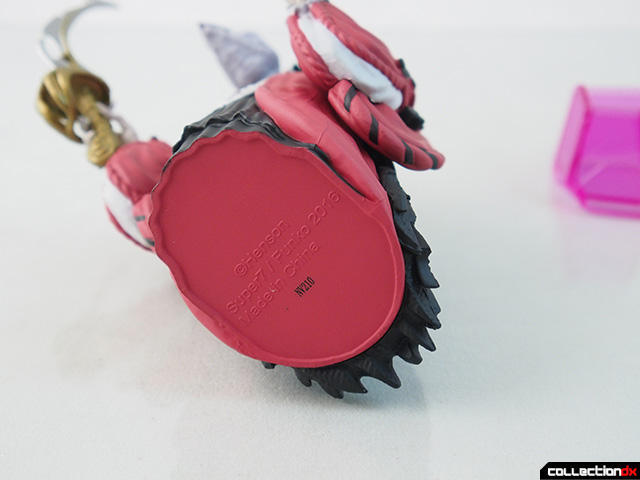 The iconic sword used to slash at the crystal is included, and it's just as nicely done as the figure itself. 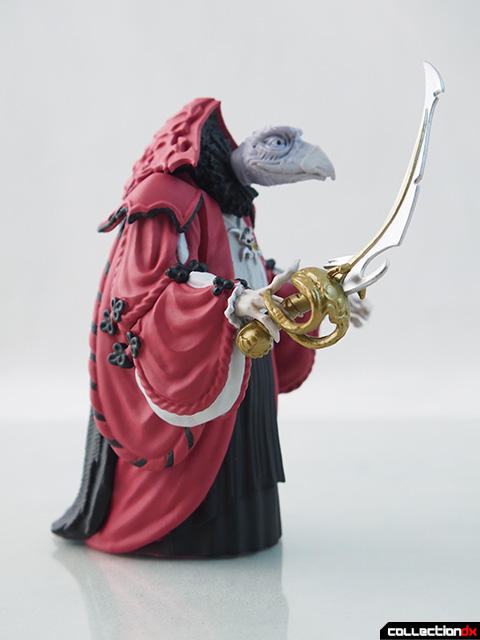 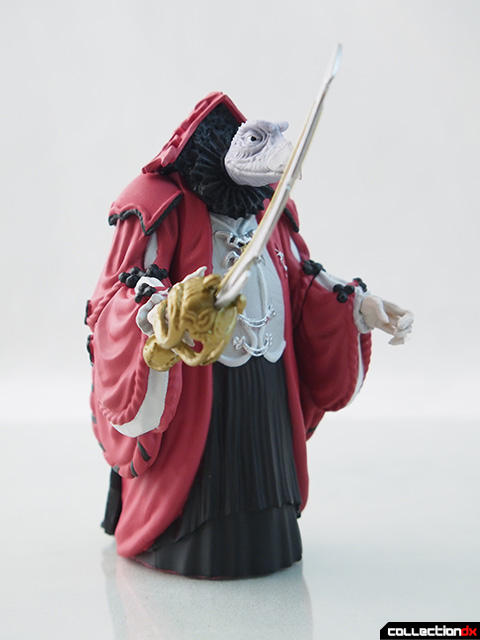 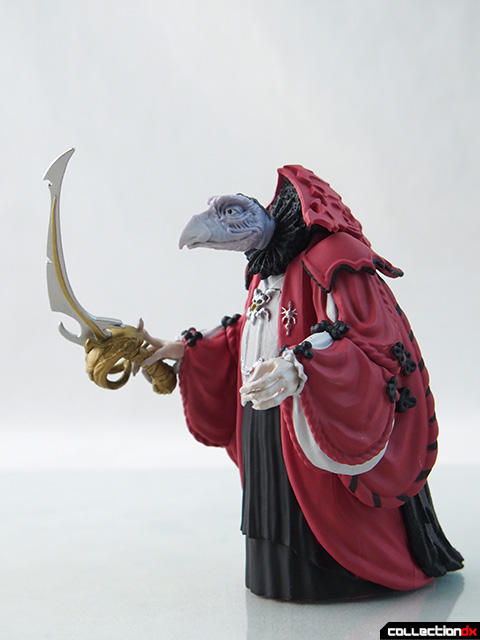 One of the fingers looks a bit odd but it makes sense when the sword is held. 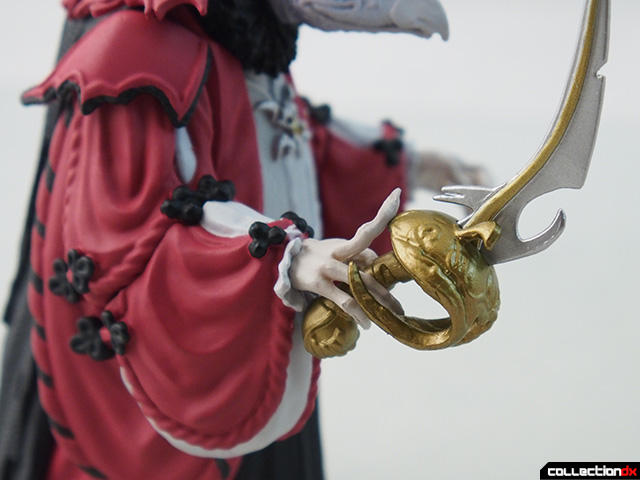 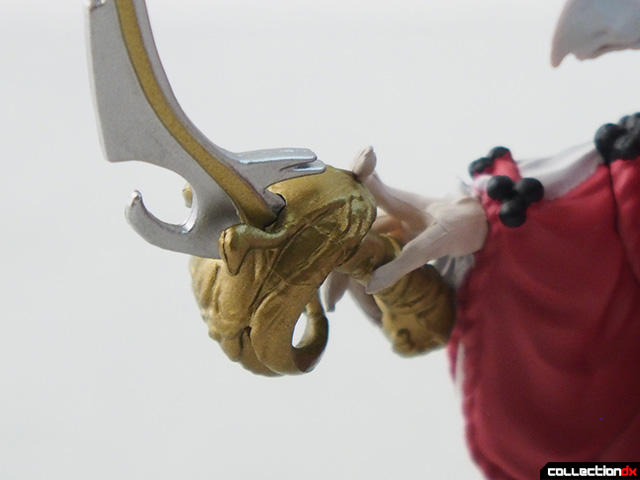 Included with each figure in the line is a part of the Dark Crystal itself. I cannot wait to get the whole line to build this thing. 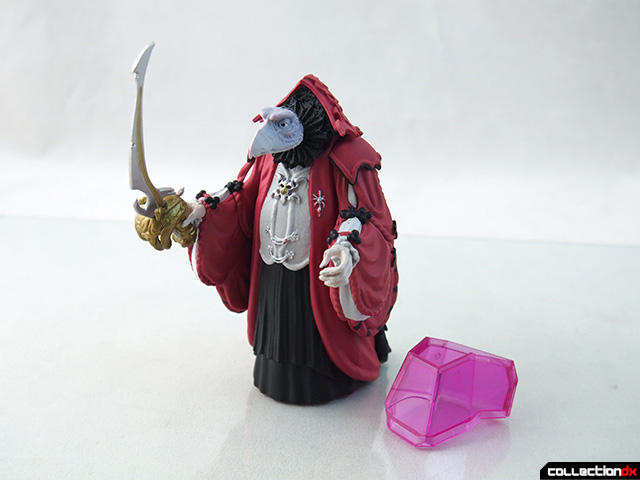 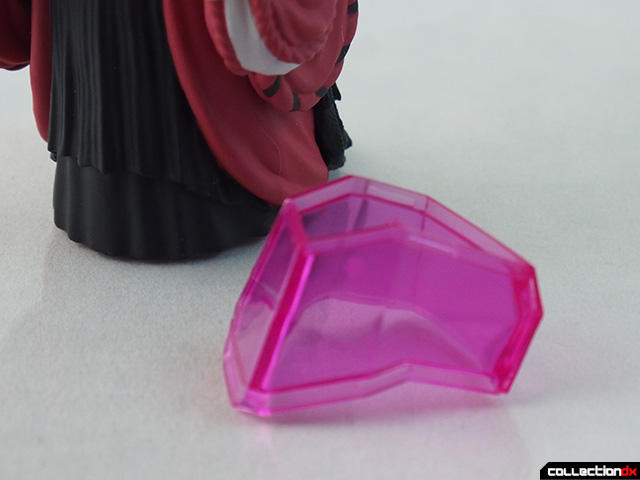 It's everything I ever wanted in a Dark Crystal figure. It's perfect. 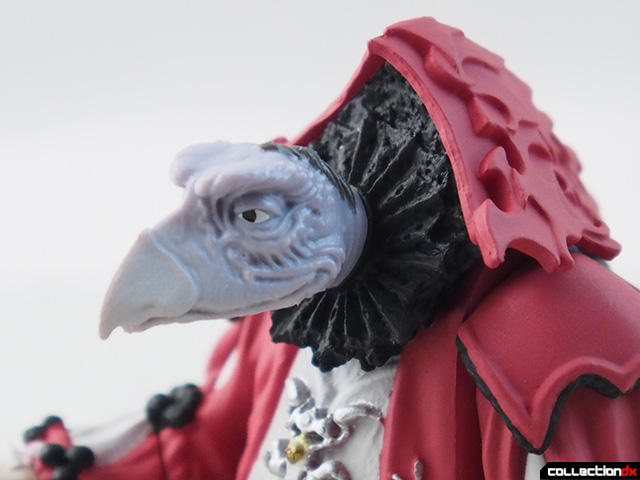 3 comments posted
I definitely need to grab the

I definitely need to grab the rest of these. I'm sure you know but a lot of ReAction figures just fall off of the cards, regardless of the size of the figures. It's one reason I'm so psyched that Funko is dropping out of the picture and they're going back to being just S7 products. I really like the line, but I keep them carded. I've only been buying them in person if I am sure the card is sticking solidly. Got burned a few times ordering online only to receive a figure sliding around inside the box.

I am also a big Dark Crystal fan. I will have to get the set. I have the two Sideshow Gelflings. These reAction figures don't do much for me as I have little interest in reliving the Kenner years. But I did buy the Jaws set (greatest movie in the world). I guess if the brand is right I am a reAction customer.

I'm really curious how good the Garthim toy is.