The most recent Catwoman ‘look’ started with her recently ended series by Ed Brubaker and Darwyn Cooke. They and gave her a pragmatic ‘cat burglar’ outfit but with feline characteristics. This statue is based on this most recent cat burglar look present in the comics. 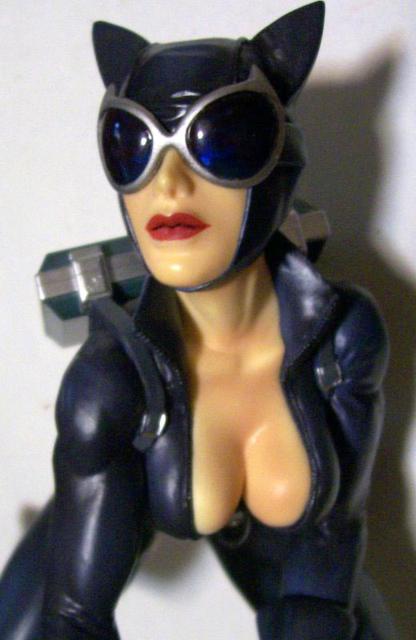 Statue is PVC and manufactured by Kotobukiya and distributed by DC Direct. Suggested Retail is 69.99 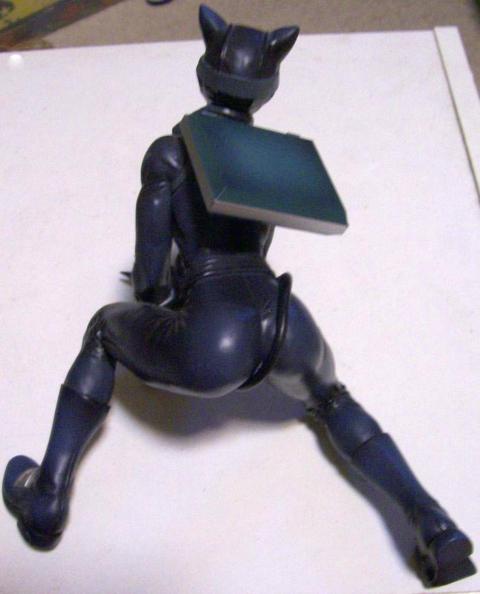 Catwoman features no cast-off parts and no poseability, but the statue has a nice sculpt. It's very detailed and it really captures the look of the character. 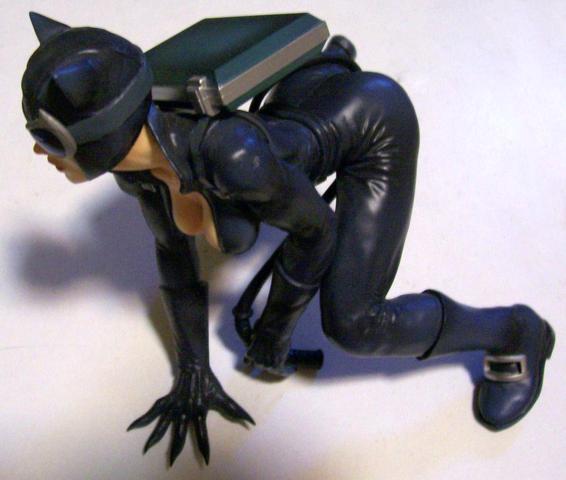 She's sculpted in a crouching position and features like the buttocks and the cleavage are prominently displayed. 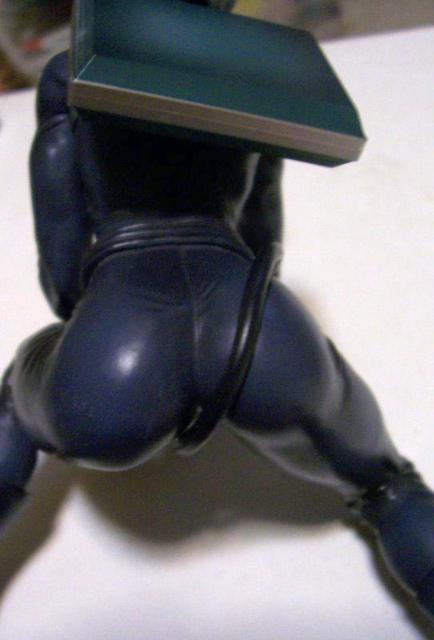 Personally, I dislike it when statues are crouched because they take up too much horizontal space; but here it fits the personality of the character and it goes along well with the entourage of Kotobukiya’s other Batman character statues. 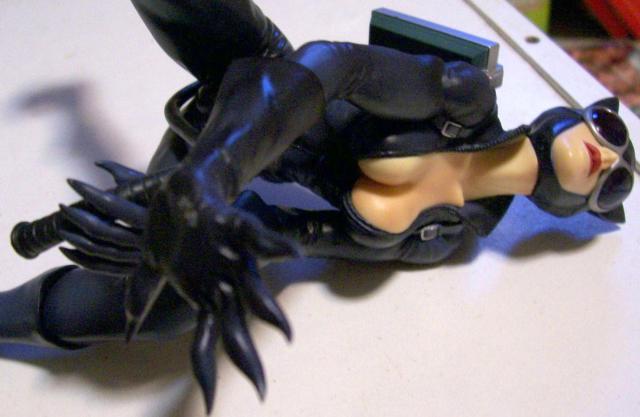