When I was a kit, toys of Pokeballs that could be used to catch Pokemon were pretty common. With the release of the latest installment in Nintendo's video game line, these toys are just as common, although they're a lot more complicated than the old days of a Pokeball on a string. 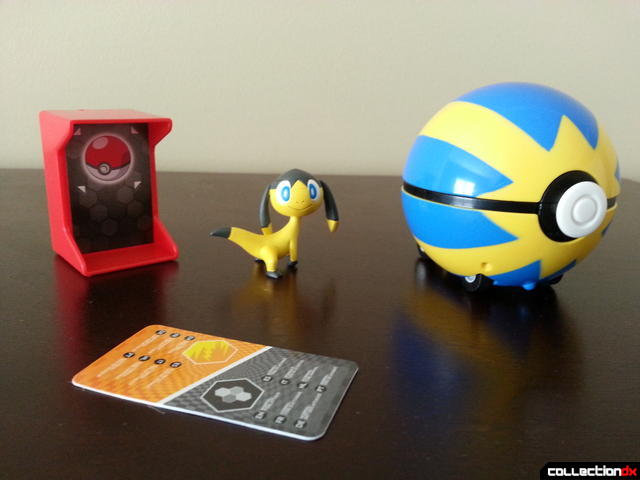 The figure included is Helioptile. An adorable Electric type lizard Pokemon that is often very happy and jumping around in joy. This is a pretty nice little representation of it, although its stance is a little bit funny and makes the toy prone to falling over easily. Plus its permanently starting off to the right at all times. 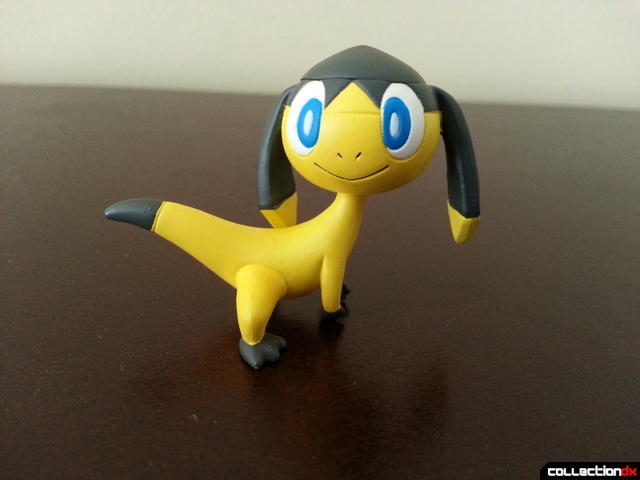 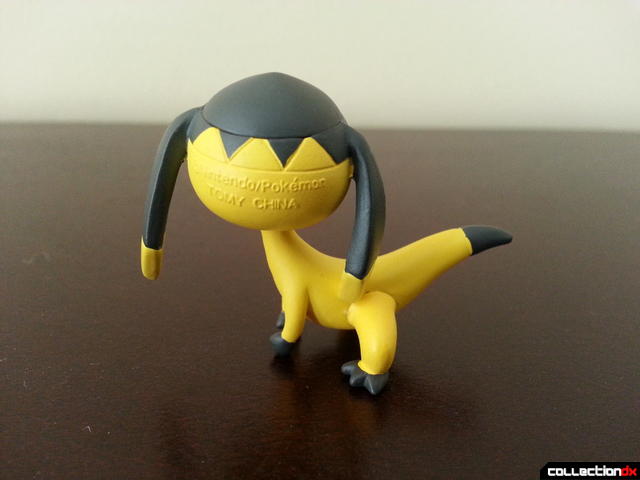 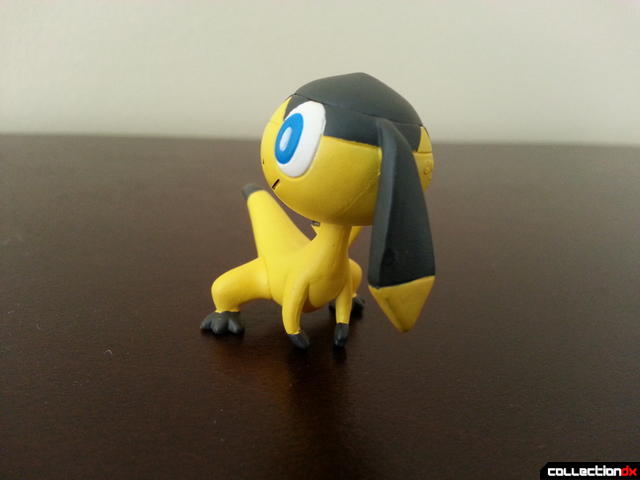 A lot of the more complicated aspects of this toy comes from the Pokeball, which is specifically a Quick Ball actually. The Quick Ball is pretty basic. It opens and closes, and there's a pull back motor on it as well which we'll get into in just a moment. 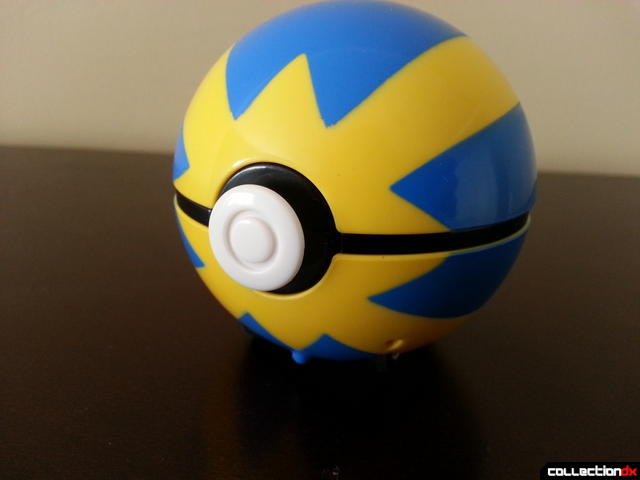 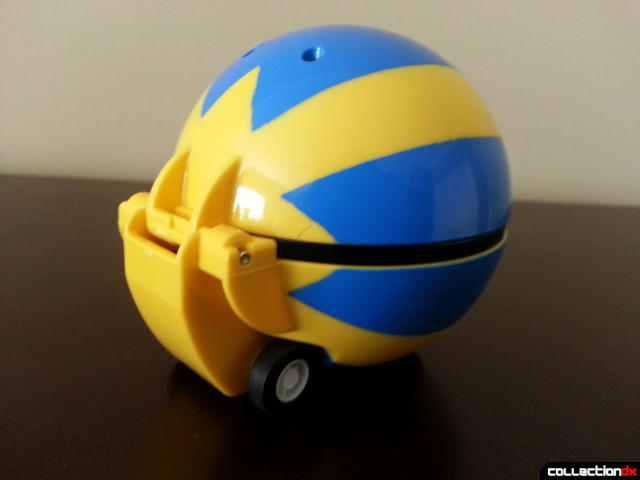 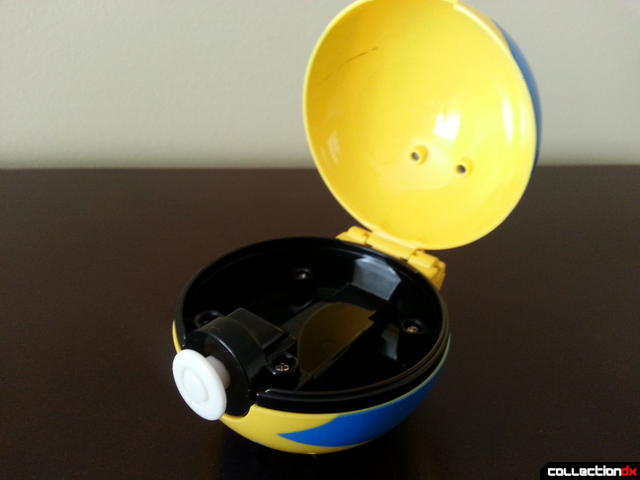 So this toy doesn't come with instructions and takes a little bit of time to figure out. What you have to do here is set Helioptile or any other Pokemon on top of the little red stand. 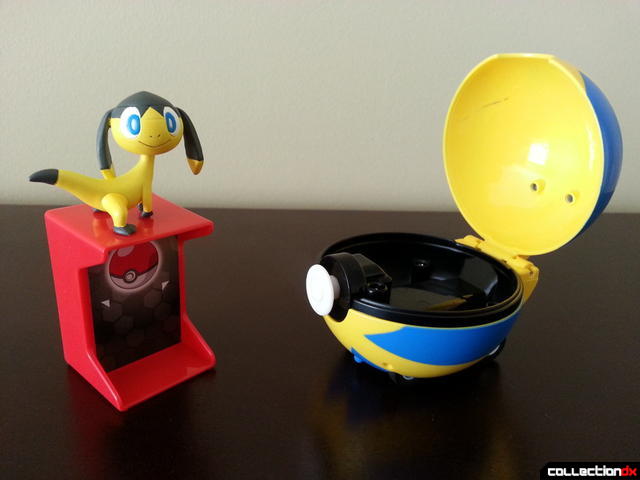 After that, you wind up the Pokeball while it's open, and then have it slam into the Pokeball symbol on the red piece of plastic. Ideally, what this will do is knock the Pokemon off of the stand, close the Pokeball. 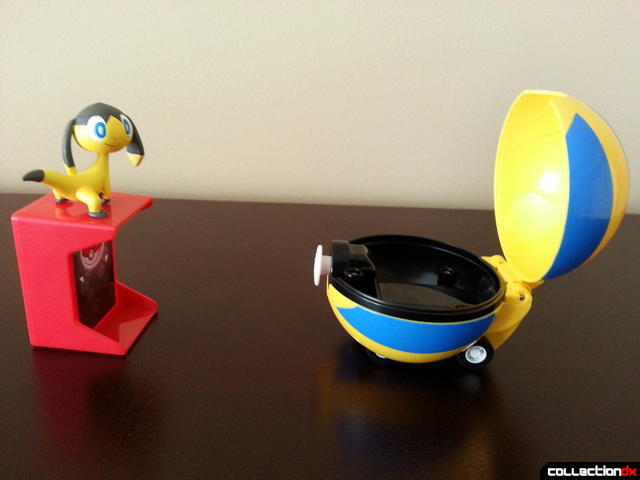 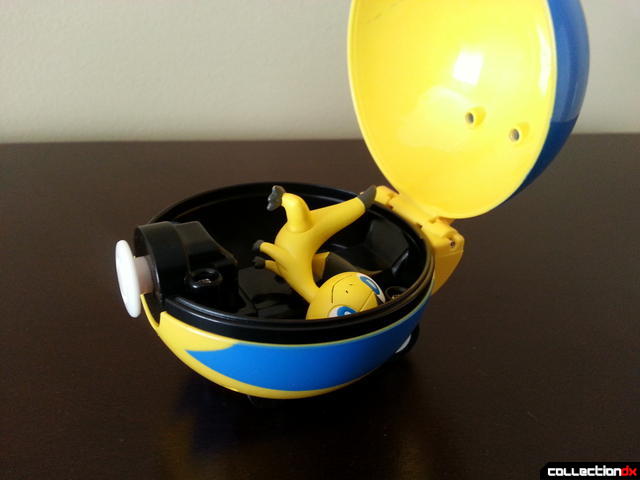 An interesting thing about this toy is that after it closes, the pull back mechanism switches gears and actually rolls back to you. Hence the return aspect of this Catch and Return toy. Although incredibly simple, it took me about a month to figure out how this works. I don't know if that says something about my overall intelligence, or that kids are just super smart nowadays. 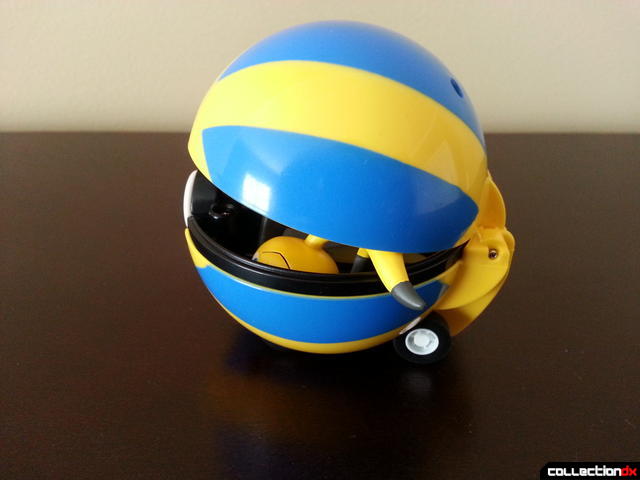 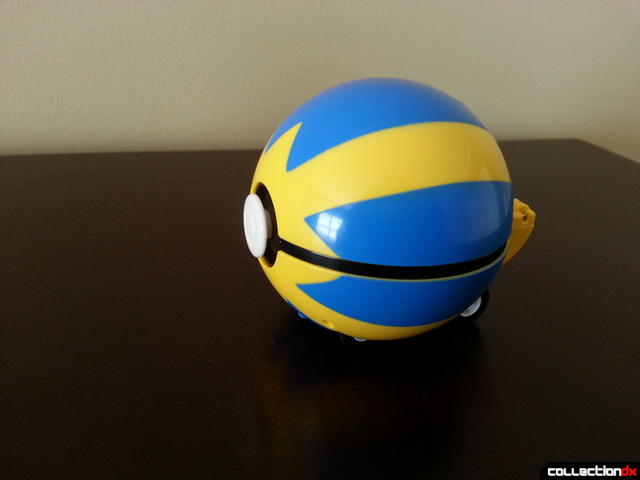 Regardless, this is a simple and fun toy that I'm sure most kids would really enjoy. There's not a lot to it, but it does come with a figure of a pretty cute and popular new Pokemon that I'm sure a lot of fans and kids alike would be into.