Have I mentioned just how much I love Doctor Who? I grew up on Tom Baker, forgot about it for years, and then got drawn back into it with the rebirth of the new series.

The new series had familiar elements to it: the blue police box, the sonic screwdriver, the companion... the DALEKS! It was at its heart, Doctor Who, but it was a new Doctor for a new age, and with that new age came many new characters.

Captain Jack Harkness first appeared in the 2005 Doctor Who episode "The Empty Child". This was during the 9th Doctor's run, the one with Christopher Eccelston. Played by Scottish actor John Barrowman, Captain Jack was a rogue space traveler. He was trying to salvage a crashed spaceship during an Air Raid in wartime London when he first met the Doctor and Rose. 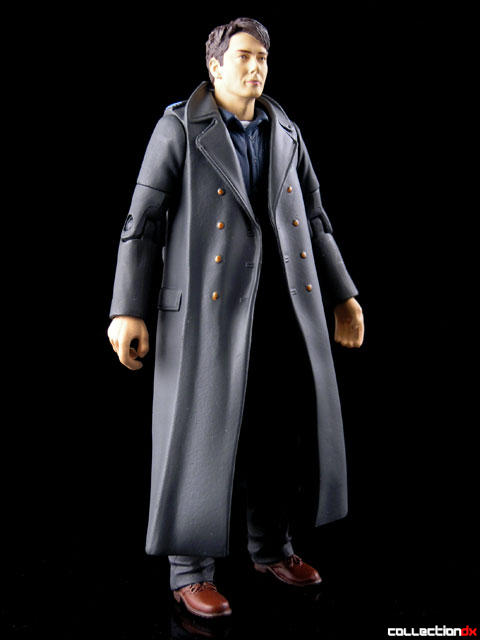 Jack is one of the more interesting characters in the modern Doctor Who universe. He's charming, he's devilishly handsome, he's bisexual... and he's immortal. To go through the whole story of Captain Jack would be too long for this review, but suffice to say, he became hugely popular in England. So much so, that Captain Jack would get his own spin-off series, Torchwood, which would remain tightly intertwined with the Who universe. 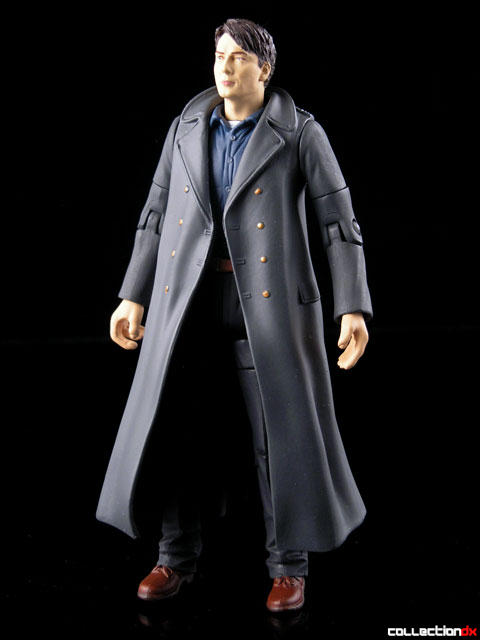 This figure of Captain Jack Harkness with Revolver comes from his appearance in Doctor Who, although this is the look he would continue to have as he went to join Torchwood. 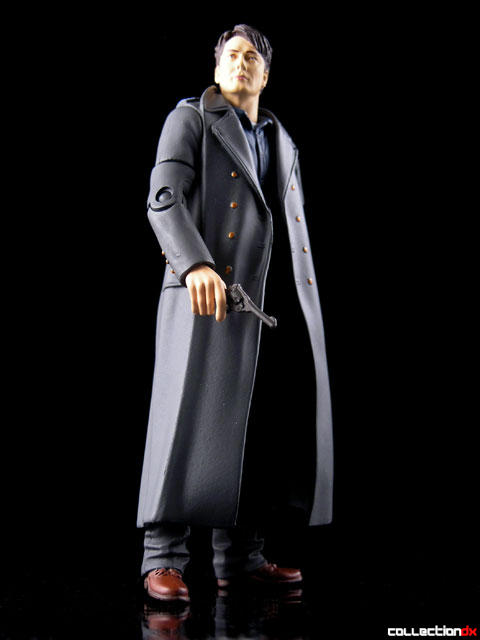 The packaging is that annoying clamshell packaging with the thin paper insert. There's really no way to preserve the packaging while opening the figure. 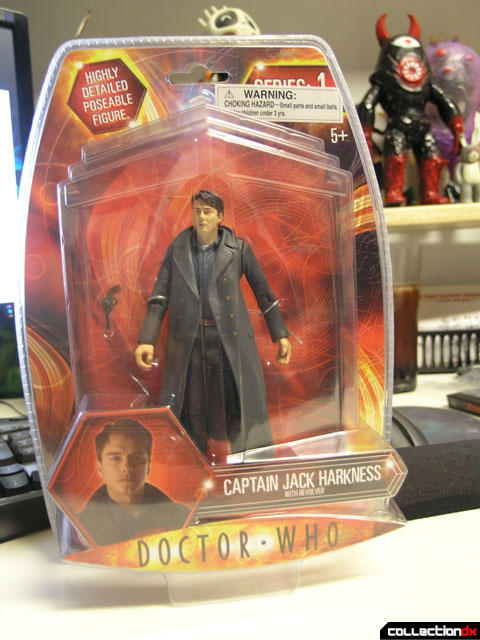 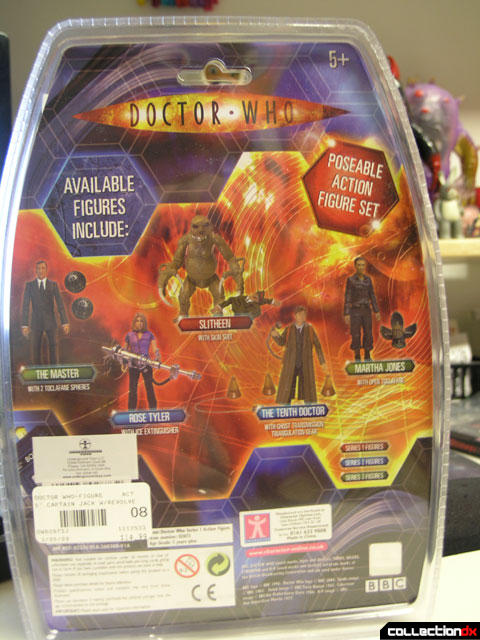 The figure is all kinds of awesome, but only if you are a fan of the character. It looks JUST LIKE HIM. All the little details are there, and the outfit is perfect. 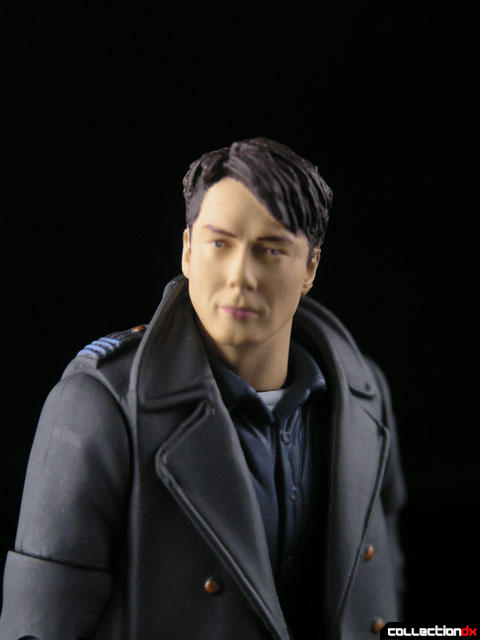 The articulation is great, with swivel biceps and swivel thighs, in addition to a flexible rubber overcoat. 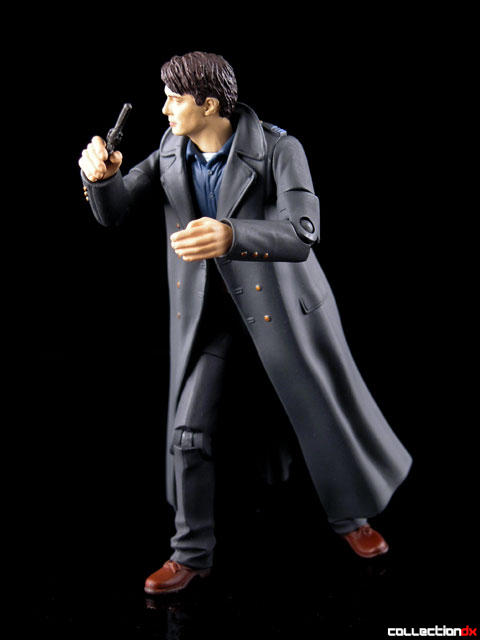 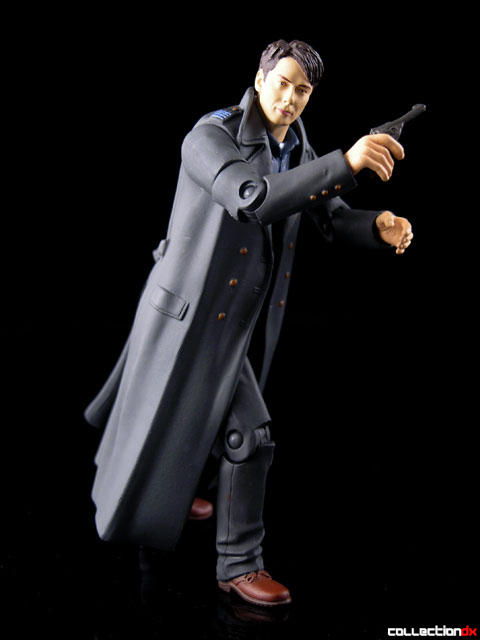 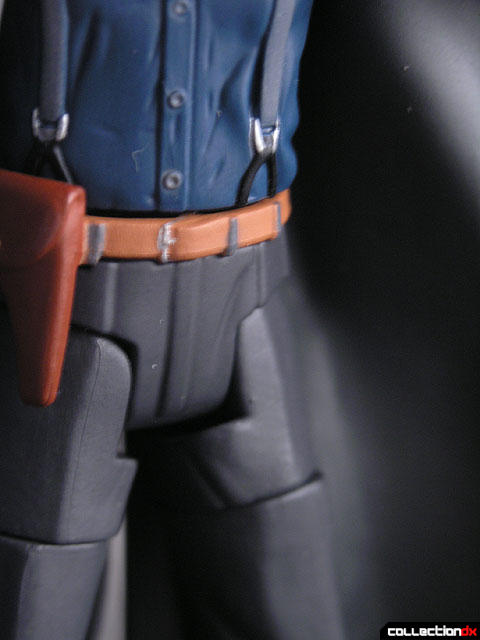 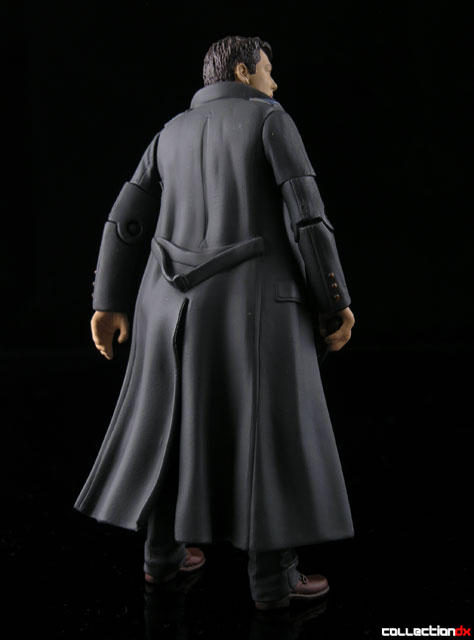 Captain Jack's only accessory is a revolver. Unlike the Doctor, Jack uses guns. The gun is much too soft and floppy, but it seems like all the Doctor Who figures from Underground Toys have accessories made of the same stuff. 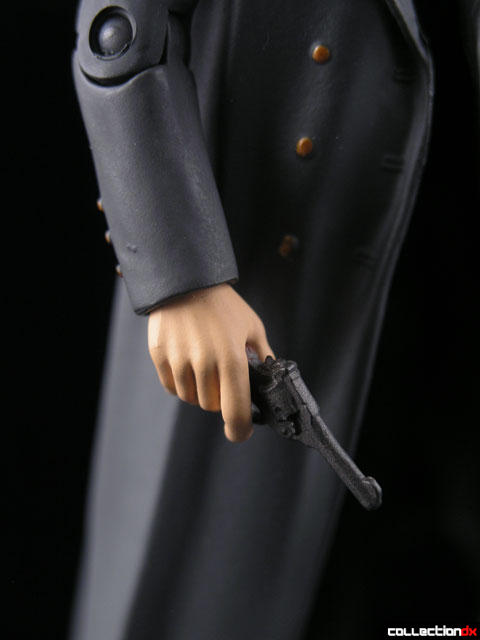 If you are a fan of Doctor Who, or Torchwood, you need this figure.

Born in Scotland, moved to America when he was 6. So Scottish Born, but grew up in america.

What, no measuring tape accessory? :)

Very few action figures can claim bisexuality as a feature.