Cable is the seventh release in the X-men Marvel Legends wave. He comes packaged in the standard Marvel Legends window box. Included with the figure are two weapons, an ammo clip, and a Juggernaut build a figure part. 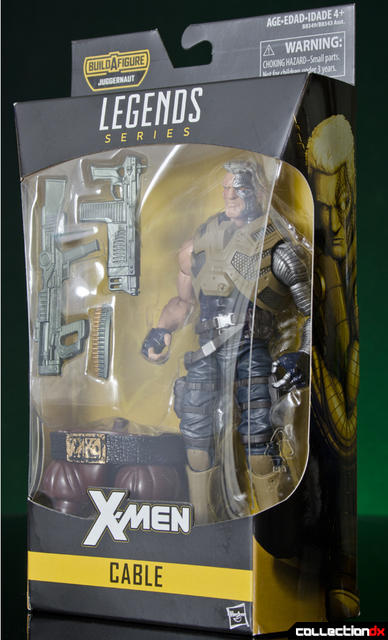 This version of Cable is based on his appearance in the Avengers: X-Sanction series. He stands almost exactly 7 inches, which is tall for a legends, but fits the character. 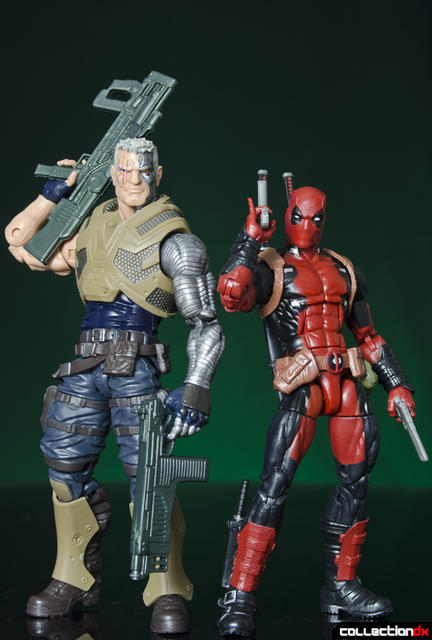 The paint on cable is very nice for a Legends figure. In the past year or so, Hasbro seems to have made an effort to increase the quality of paint applications and it really shows on this figure. The eyes are very well painted and all of the metal parts have a dark wash. 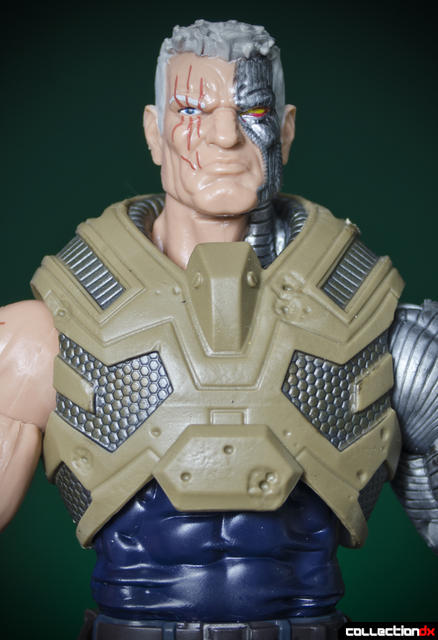 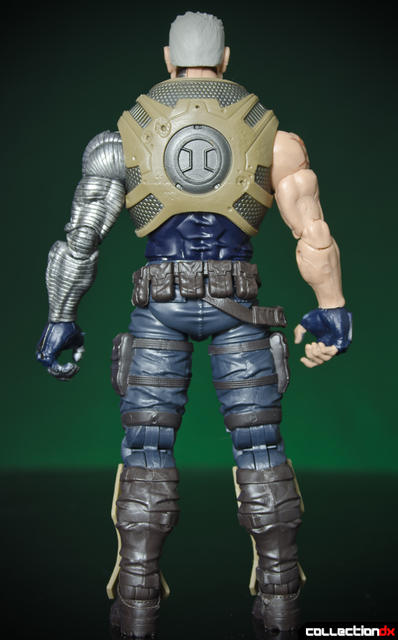 Articulation is decent. The legs have an excellent range of motion and can get into some very nice, dynamic poses. The arms are OK but somewhat restricted by the chest armor. I was expecting the figure to not have any torso crunch, but it actually has a decent amount. 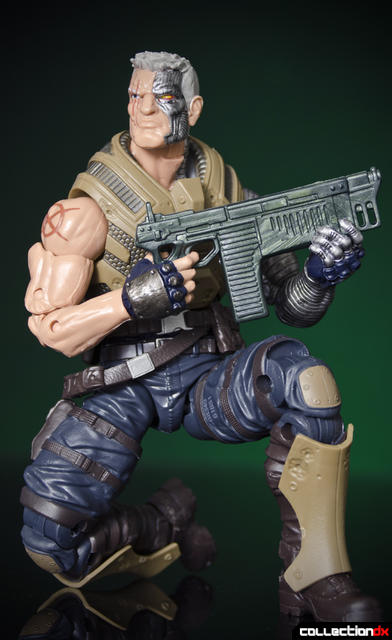 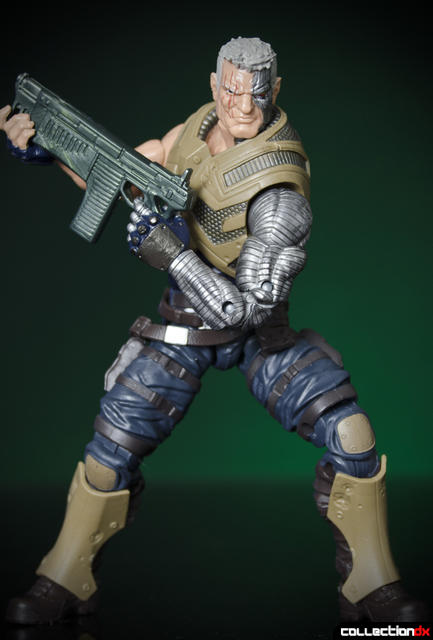 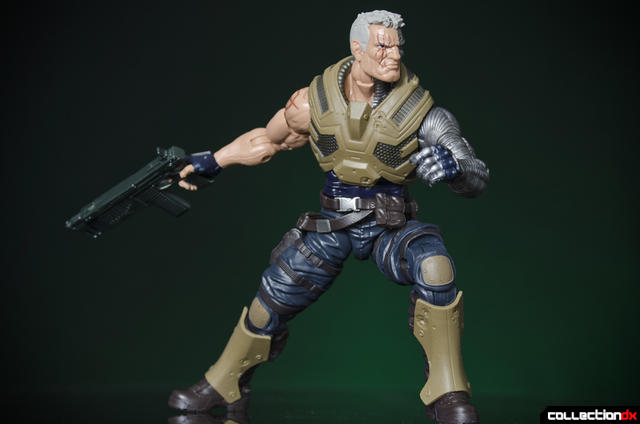 Cable features two of the most unfortunately designed weapons to date. The one handed gun isn't that bad, but the handle has a weird hoop at the top that keeps him from gripping it properly. The two handed gun is almost completely useless. The forward grip is too small for his massive hands to fit into, meaning he can't hold onto it very well. You can kind of jam the fingers into it enough to keep it in his hands, but it doesn't look natural at all. It does have a nice removable ammo clip though, so you can pose Cable mid re-load. 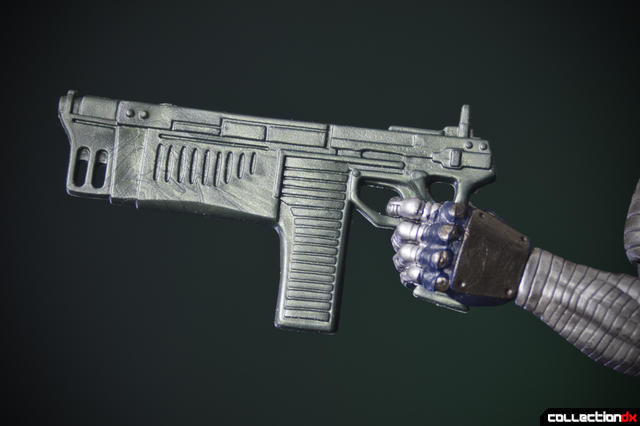 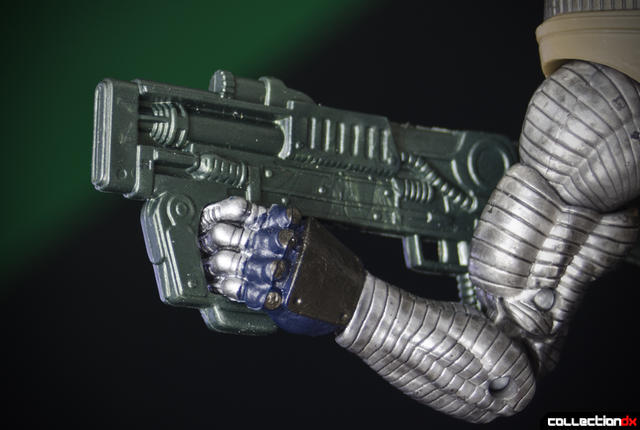 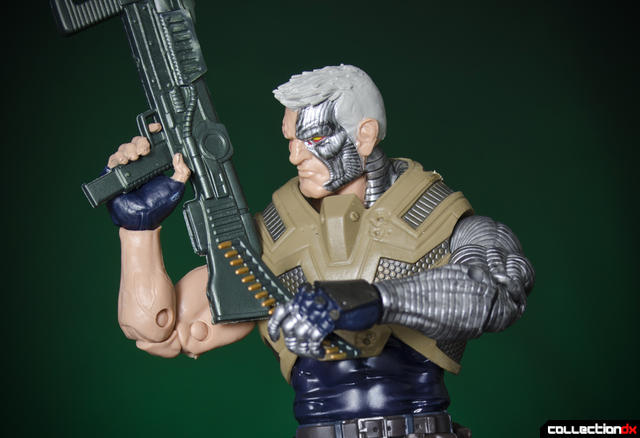 Aside from the guns, Cable doesn't come with any other accessories. I cant help but feel that some extra weapons would have been nice. At the very least, some extra hands besides the two trigger finger hands he comes with would have been great. 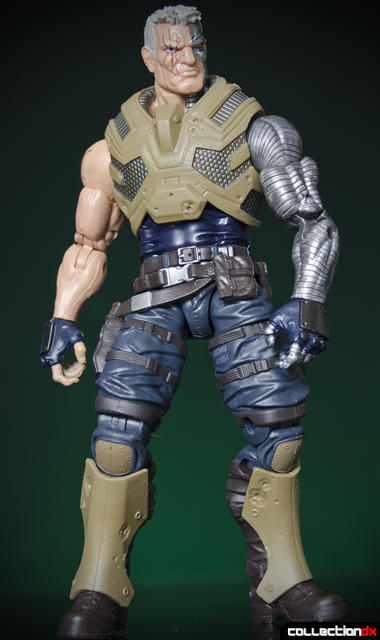 All in all, this version of Cable is decent enough if you're a fan of the character, but completely skipable if you're not. 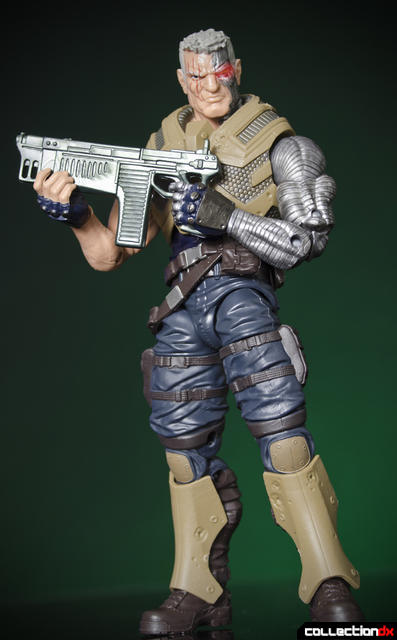 2 comments posted
The whole thing reminds me of

The whole thing reminds me of a Sigma Six figure, which is not a bad thing.

Reminds me of that movie Small Soldiers