Burden is Toyworlds version of Long Haul, the Construction bruiser, and one of my all time favorite transformer characters. Burden comes packaged in the same heavy weight cardboard box that the rest of the Constructor team has come in. Included in the box are Burden, lazer rifle, combiner part, sticker, and color instructions. 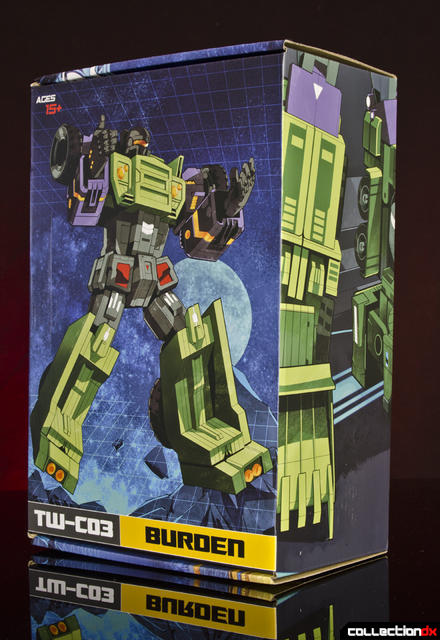 Burden has a large number of paint apps that do a great job of breaking up the vividly colored green and purple colored plastic. Like Allocator, Burdens articulation is above average, especially for his bulk. He has excellent range in his shoulders, hips, and ankles and can pull off a decent kneeling pose. 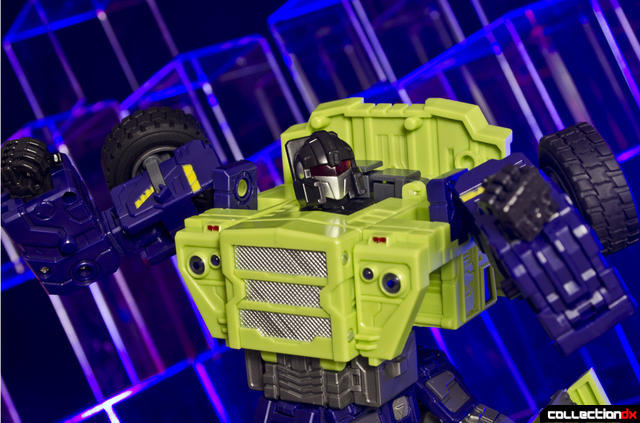 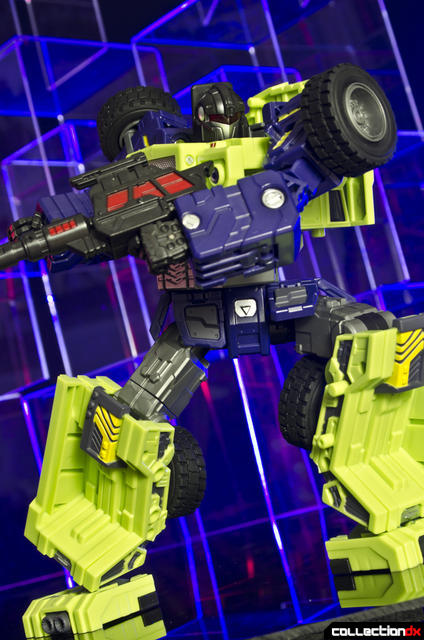 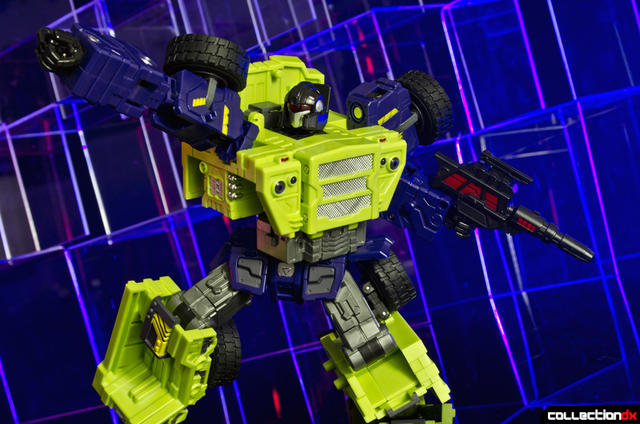 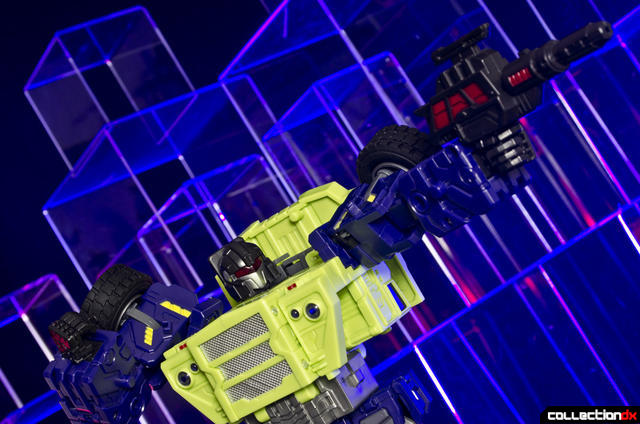 Burdens robot mode is, for the most part, QC free. His ankles were a little loose out of the box and I had to tighten them to make him stable in dynamic poses. He also has no real heel spur, wich means that in static standing poses, he can be hard to balance. However, I had no issue posing him dynamically. The missing heel spur doesn't bother me, but if your the type to pose your robots in static poses, it's something to consider. 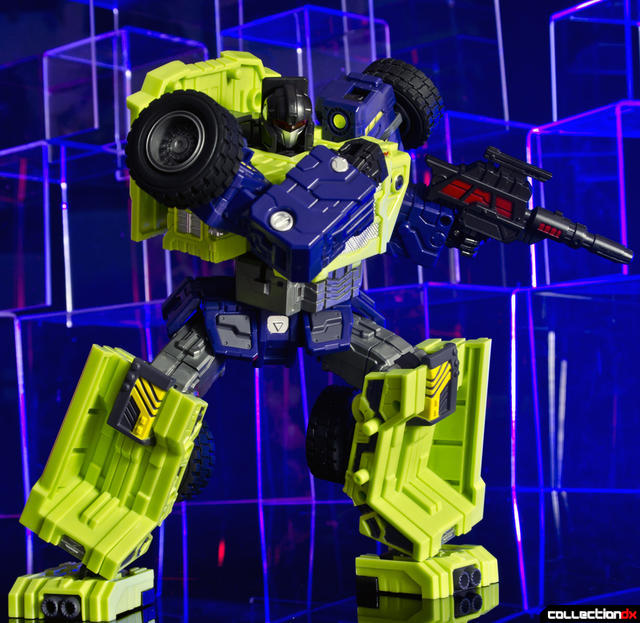 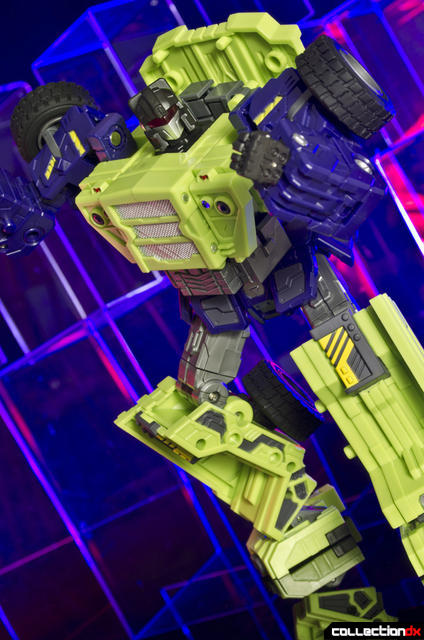 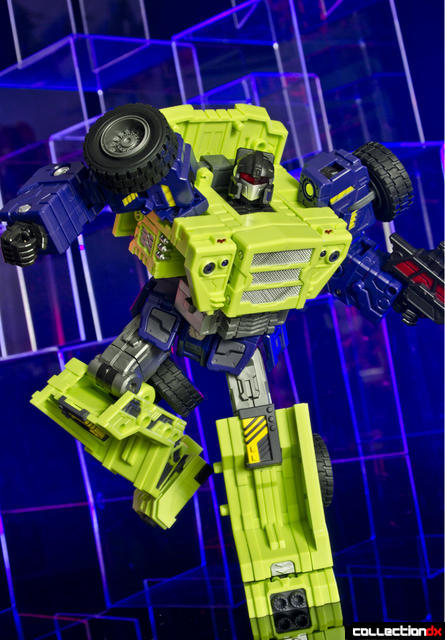 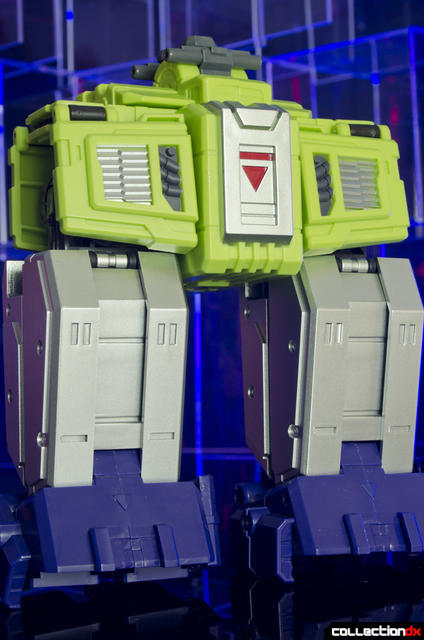 Transformation to dump truck mode is easy, fast, and intuitive. 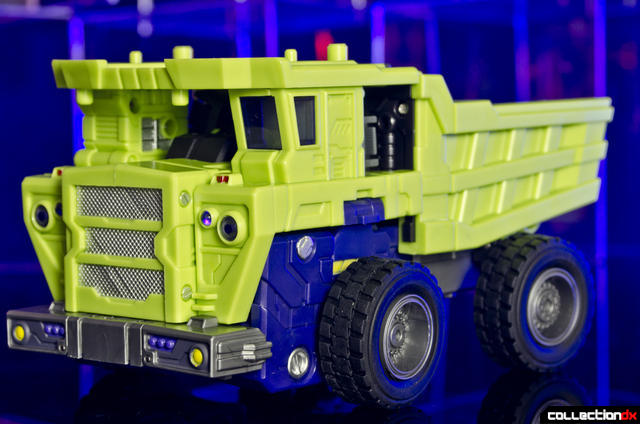 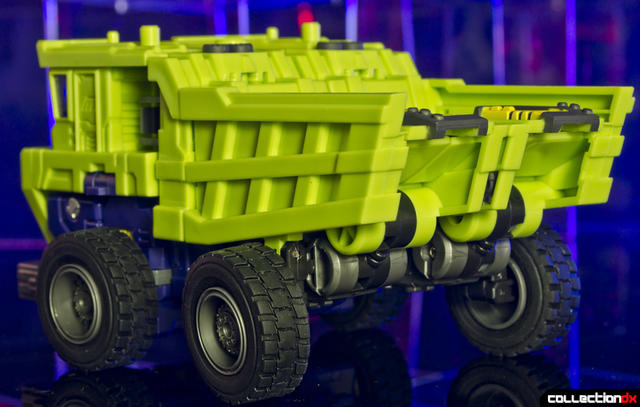 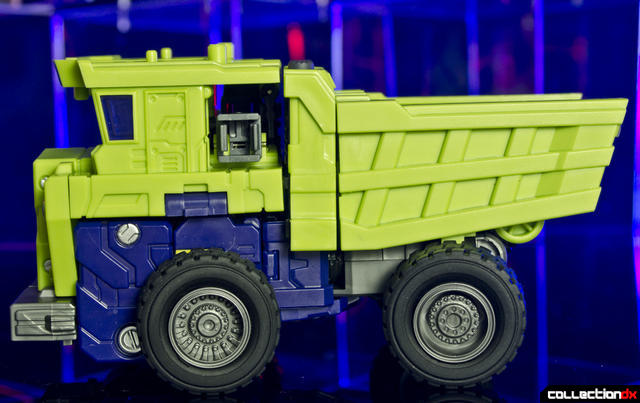 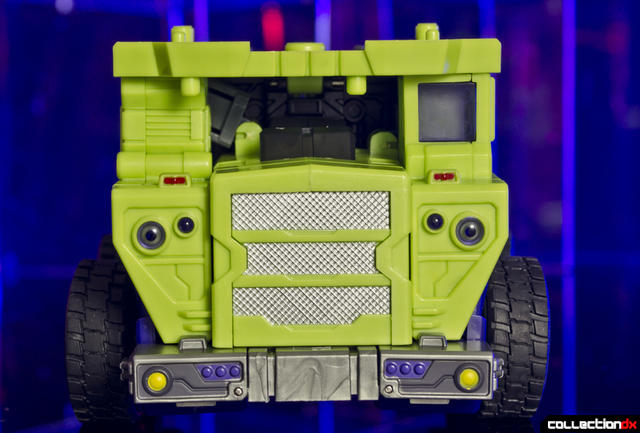 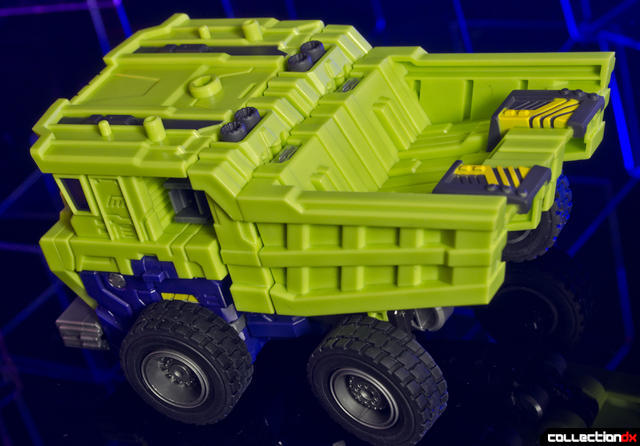 Unfortunately, dump truck mode has some serious issues with the wheels. The front wheels have an internal rotation joint that is very stiff, and difficult to move. I had a very hard time getting them into place and was worried I was going to break them with the force required to move them. The rear wheels are just a train wreck. It looks like Toyworld was half way done designing them and decided to just push the figure out anyways. Nothing tabs in place, the tolerances are way off, the pegs on the back of the wheels bump into the robot mode legs and force them to be out of alignment, and on top of all of that, the hinges are cracking. At least mine didn't come broken in the box wich has been reported by more than a few people. 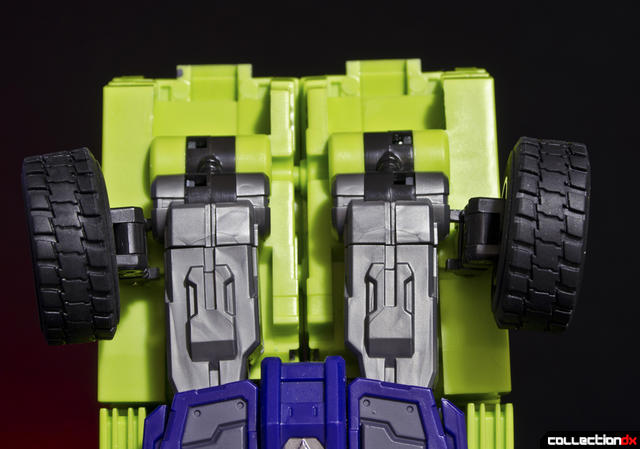 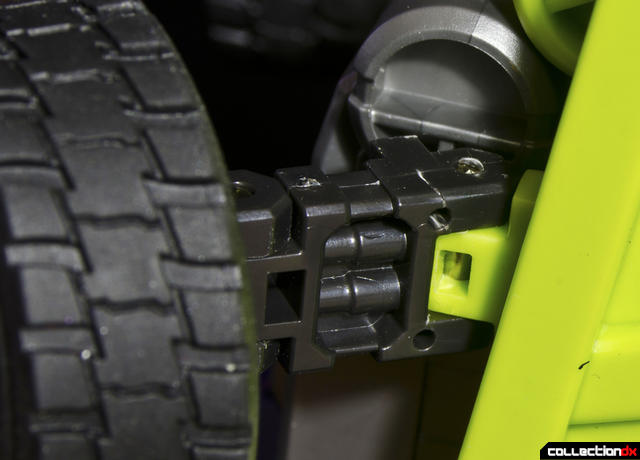 If not for the wheels, I would LOVE alt mode, its heavy, bulky, and has a nice, deep dump bed that can actually hold stuff. The only thing could make it any better (besides properly designed wheels) is a working dump bed. 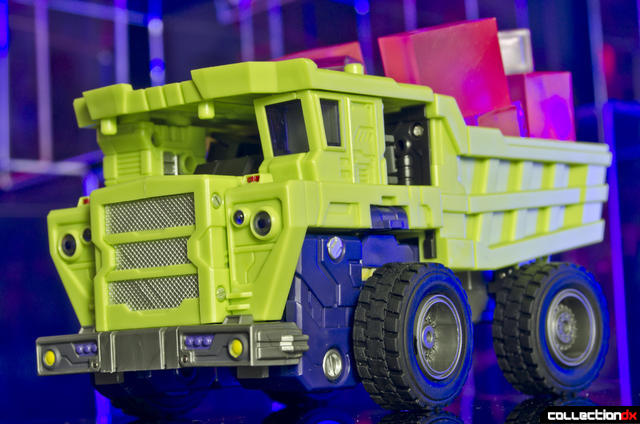 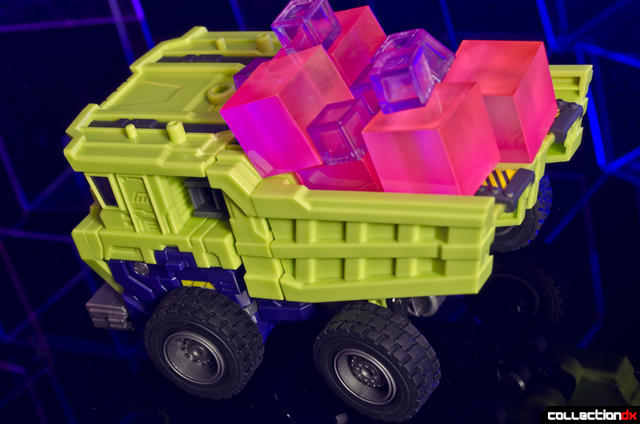 At the end of the day, I have mixed feelings on Burden. I love the robot mode. It's dynamic, easy to pose, and looks great. If I left it in robot mode forever, it would really have no gripes with it. BUT it's not just a robot, it's a transformer, and I can't help but feel resentful toward Toywold for putting out a figure with such horrible design choices and QC errors. And it's not just this figure. The entire line has been plagued with errors and poor design choices. At this point, it's obvious that they rushed the Constructor series to get it out before Gravity Builder. Hopefully Toyworld will stand by it's product and issue replacement parts. As it stands, I would wait for a version 2, or at least until Toyworld issues replacement parts before buying Burden.

Thanks for the review. It does look like one of your rear wheels is developing a crack along one of the screw holes. Or is that just a trick of the light? That third to last picture. There are some marks on the black piece that at least on camera look like a stress crack or two.