I’ve always really liked the complex engineering and high parts counts of the Movie Transformers figures, and while I did somewhat enjoy the Age of Extinction figures, and the Last Knight Premier Edition figures a little more, I’m happy to say that with the Studio Series comes the complexity and level of detail that I love about Movie Transformers figures. I really hate the movies as films, but I have to admit I’m a sucker for the movie toys.

One especially divisive example of the studio series is actually a deluxe Bumblebee. Attempting a more definitive representation of his design at the beginning of the first Transformers film from over 10 years ago, I’m probably going to alienate a lot of this review’s potential audience because I actually really like this figure. Yeah, it’s small and definitely not worth $20, but the quality of my copy is the exception to the rule it seems because all the joints are tight, nothing really falls off, and he has a head. I’m sorry if you don’t agree with my stance on the figure, but my experience with it was simply more positive than most considering my figure seems to be in better shape than many others I’ve seen in reviews.

In vehicle mode, Bumblebee definitely captures his 1977 Camaro definitively, as in all the required details are present, and the proportions are much better than the 2007 version. (Sorry I can’t compare them my 2007 Bumblebee is actually broken) 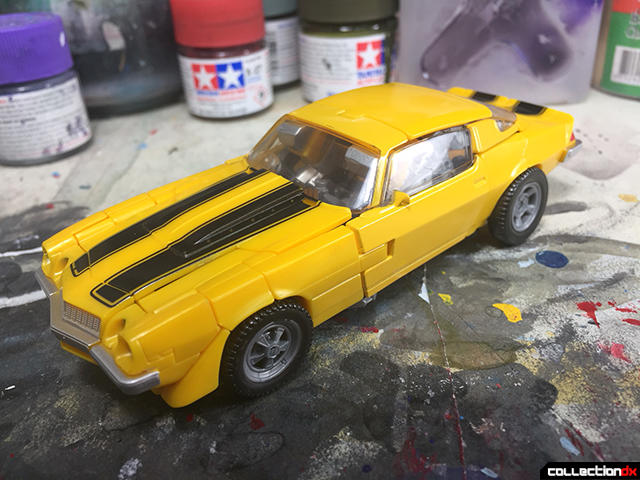 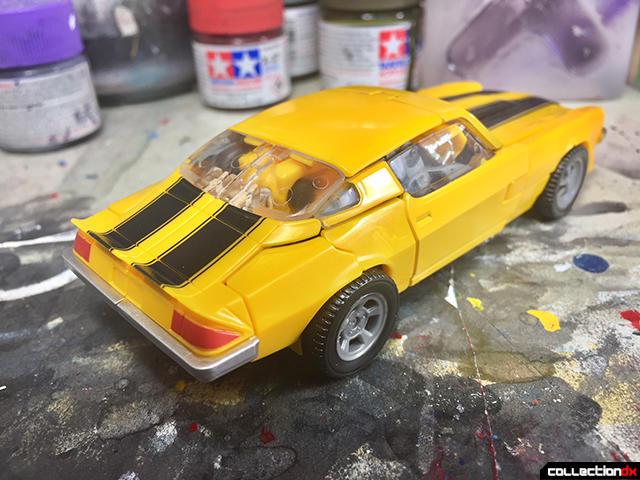 Speaking of which, Bumblebee’s transformation is a lot less difficult to execute from vehicle to robot mode. The conversion process is basically the same as his Last Knight counterpart, and although I don’t have that figure yet, honestly this one makes me want it. My one complaint is that things have very little clearance, and that can make an otherwise interesting transformation a little frustrating.

I think Bumblebee looks really nice in robot mode. Yes, he is really small, but considering the studio series’ emphasis on robot mode scale, I can forgive that. I will say, he might be too small though, which is irritating. The actual robot mode itself is very accurate to his initial appearance in the first live-action film, and the amount of painted detail is pretty high! The figure’s articulation is average, with an ankle pivot providing some extra mobility. The hips on my figure are suitably tight, so he can actually support his own weight in most poses too. As far as accessories go Bumblebee only includes one, that being an alternate forearm option in the form of his arm cannon. I typically just put it aside, but if you want Bumblebee’s normal forearm can be stored with the action base port on his waist. The arm cannon itself I think is super cool looking, and I love posing him with it. 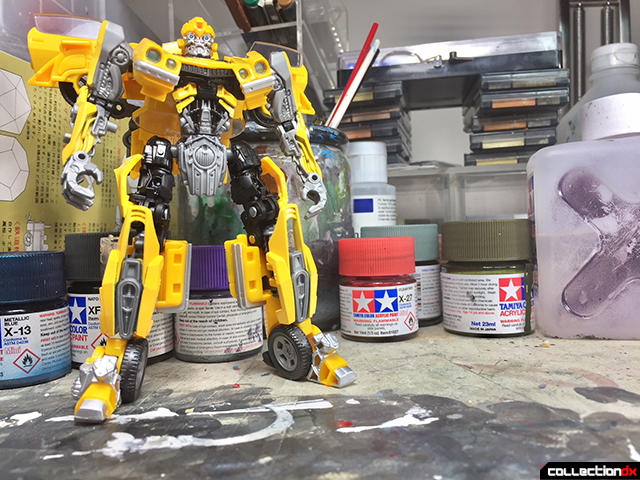 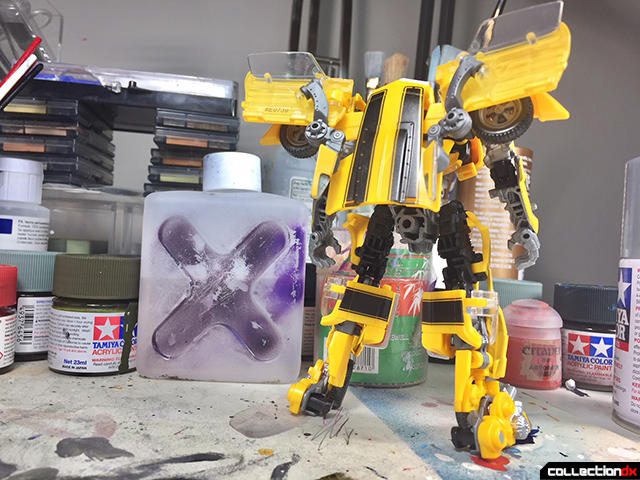 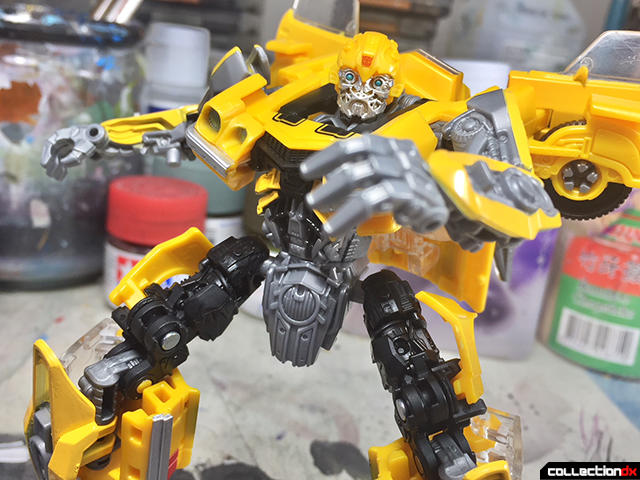 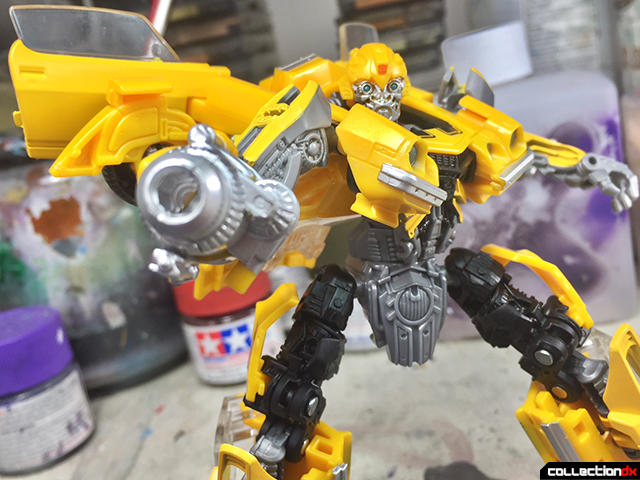 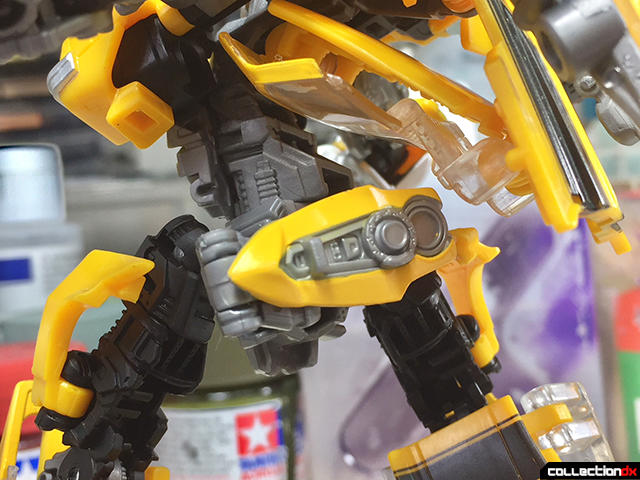 Bumblebee’s exact size has been put under much scrutiny, but his diminutive stature is nothing to lose your head over. think he looks pretty good compared to his contemporaries the small Voyager Optimus Prime, and the really tall fellow Deluxe Ratchet. 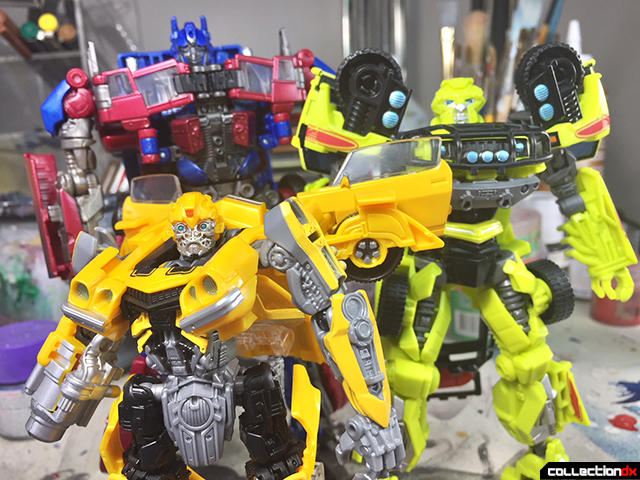 Overall, I honestly really like Transformers Generations Studio Series Bumblebee. My experience will most likely be different from yours, but if you do actually get a copy of the figure with good quality control, you might not be dissatisfied, because the figure has a complex transformation, two really amazing looking modes, a cool accessory, and a lot of painted detail. Unfortunately, I still couldn’t recommend this figure, because not only is it really small and overpriced, but also your copy of Bumblebee could either be great like min, or a barely functional nightmare that might not even have a head. All I can say is buyer beware.

So this Bumblebee is pretty divisive, what do you people think about it? Does yours have qc issues or not?

I never liked the bayformers design of Bumblebee, or really most of the characters, so it really doesn't make a difference how good this figure is. It looks like it's well engineered, but it seems like another attempt for Hasbro to milk it's evergreen characters without bringing anything new to the table. Was there a SHORTAGE of movie bumblebee toys? no. However I am glad the Studio Series exists because it brought us the excellent BLACKOUT. That's an epic toy that needed to be done in this fashion.