Bulkhead was provided by BigBadToyStore!

Transformers Prime is the newest Transformers series. It's currently in its THIRD season, which is being branded under the BEAST HUNTERS moniker. The entire plot focuses around the Autobots going toe-to-toe with the brutally nasty Predacons, who are under the control of Shockwave! Naturally, the characters have gotten a facelift to match the primal nature of the story, at least in toy form.

FOR AN IN-DEPTH LOOK AT THIS BAD BOY, FEEL FREE TO CHECK OUT THE VIDEO REVIEW! 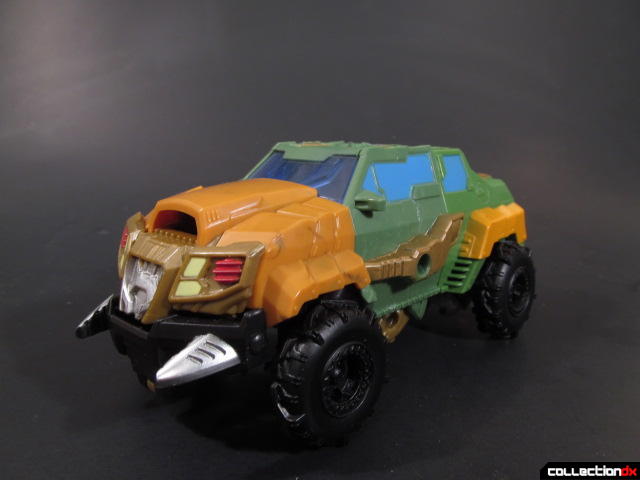 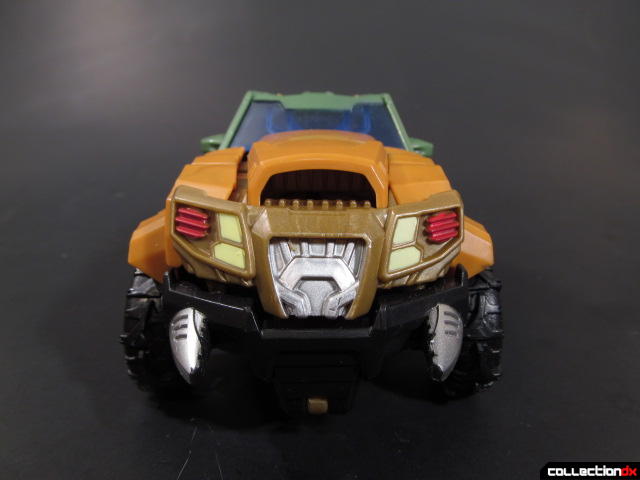 Here we have Bulkhead. He's the lovable brute of the gang. Normally, he would just be a large green truck, but Hasbro decided to give him some extra orange doodads to make him stand out. Overall, I really like this redesign, and I think it fits in well with the rest of the figures in the line. I really like the green color they casthim in, although it appears to accentuate any stressmarks he receives. There are some stress marks on the doors, and I'm not sure how they got there. They were just there when I opened him up. 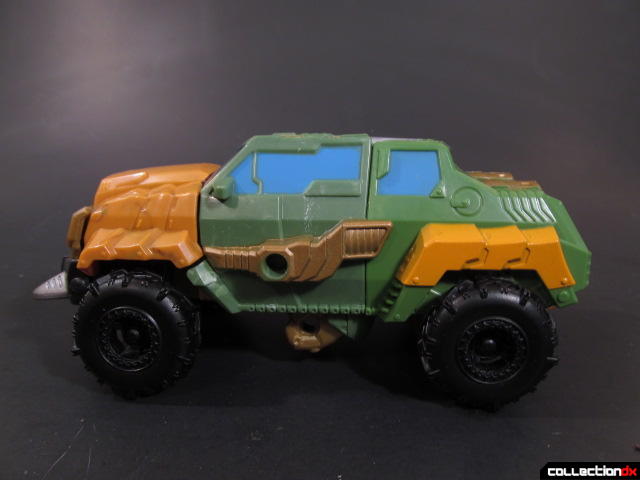 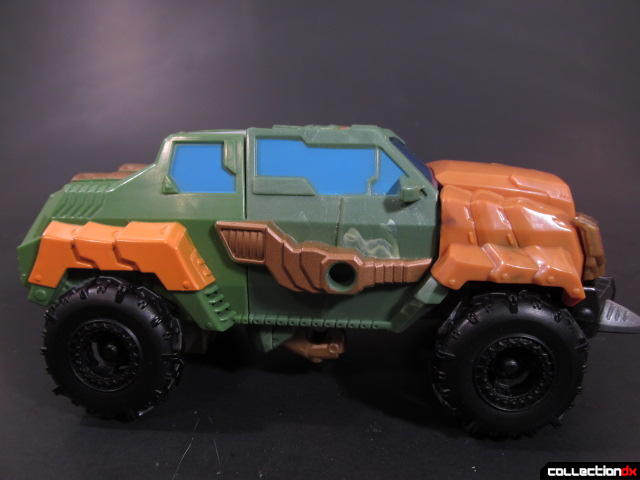 The rest of the truck mode looks great, and he rolls decently. The biggest problem I found was on the right fender. There is a manufacturing error that causes it not to lock in all the way. Apparently a pin was punched in sideways while it was being assembled. 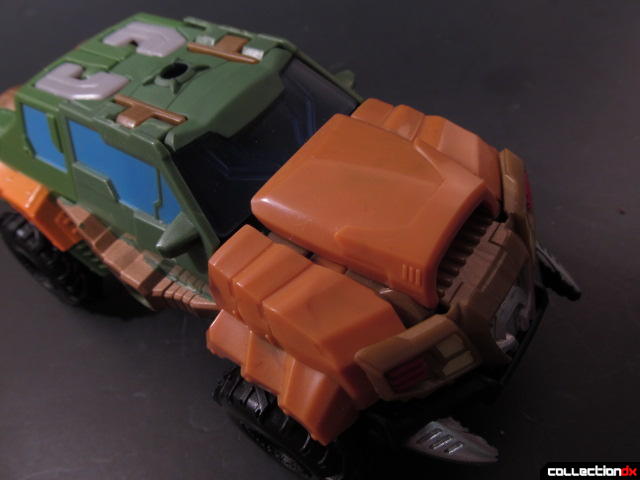 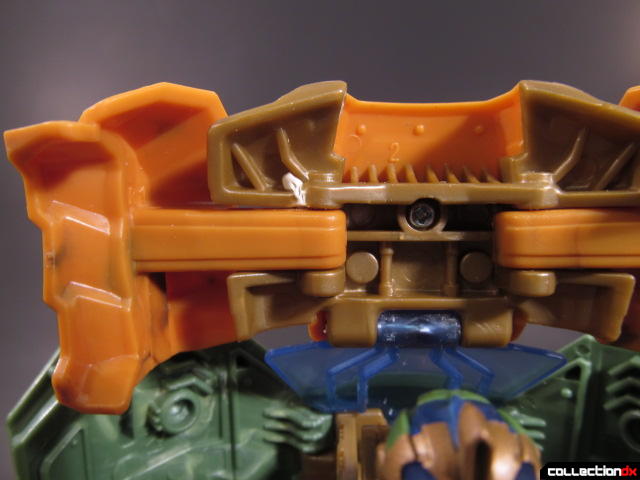 It's a real shame, because other than that this mode is brilliant. I haven't heard of anyone else getting this issue so it could definitely just be mine. 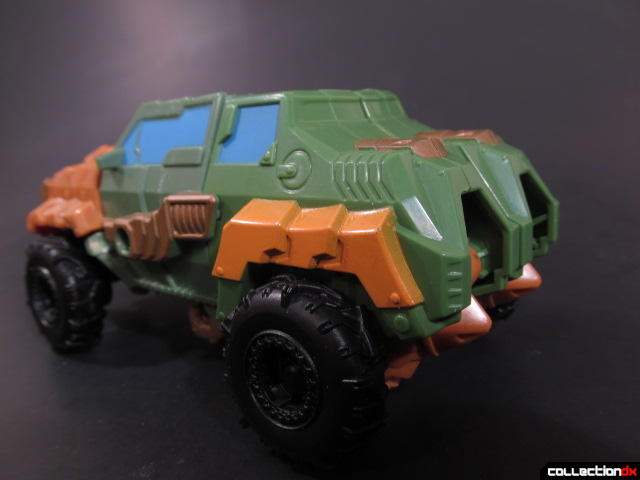 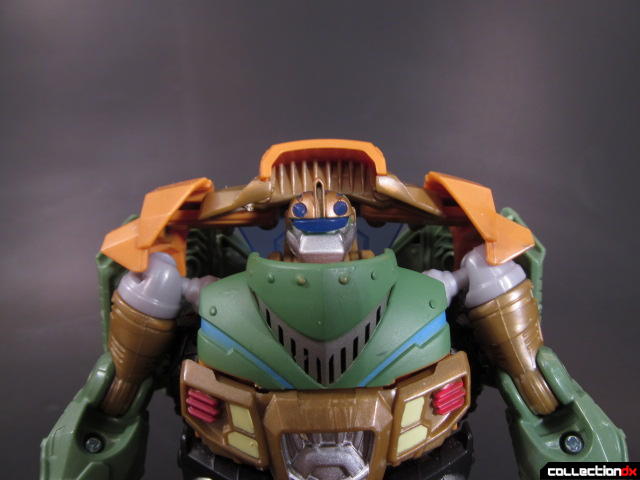 Transformation is fairly simple. You just sort of fold him out of the truck and squish him together. Robot mode looks great! I can definitely see that it's Bulkhead, even on such a small scale! His colors continue to wow me, and the head sculpt looks phenomenal. 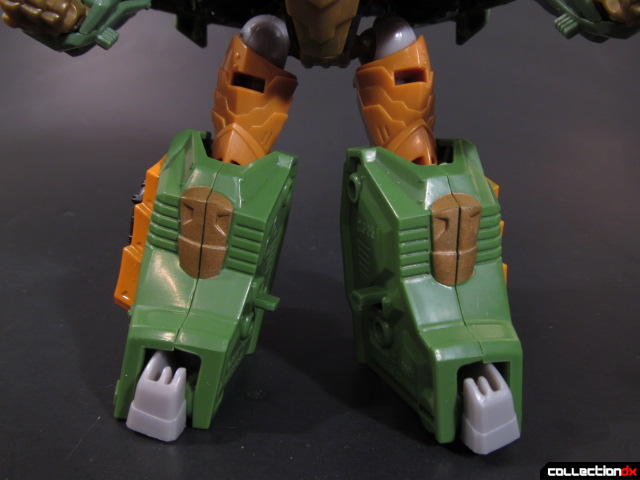 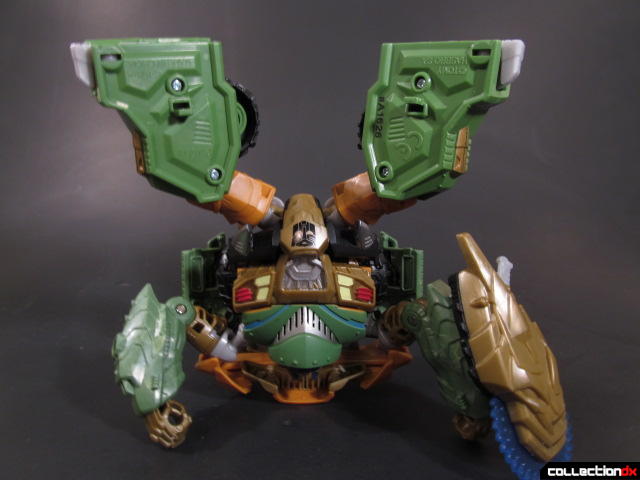 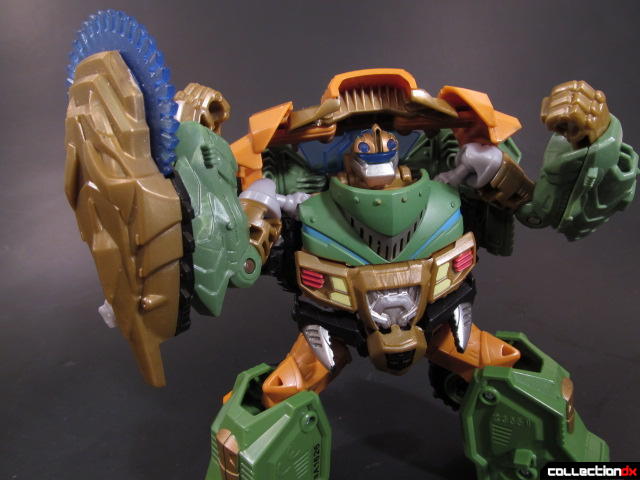 He even has decent articulation. I would also like to point out that his MechTech weapon is awesome. It's a little buzzsaw that spins when you hit the button. I love MechTech so much, and I'm glad they're continuing it with the Prime toys. 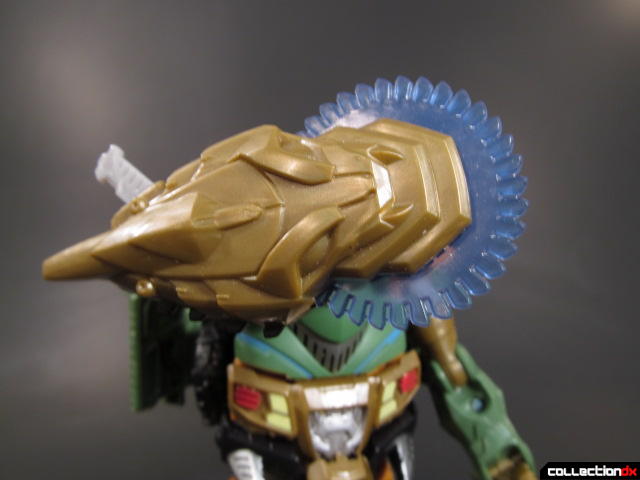 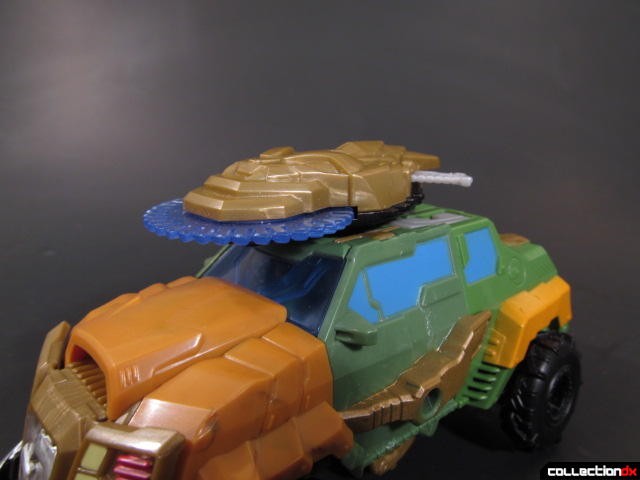 Overall, Deluxe Bulkhead is a great toy! I would highly recommend him to any Transformers fan. Just be on the lookout for any QC errors. I'm confident that mine was just a fluke, but definitely be careful when looking at them. 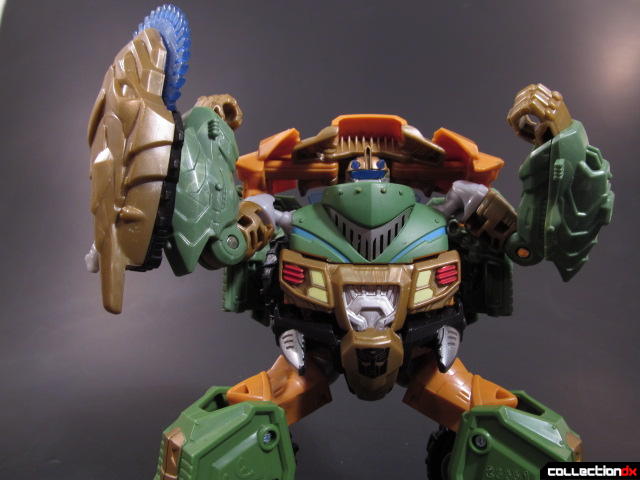 I'm kind've torn with this figure while its an ok mold it lacks the size that is required for a character like bulkhead deserves. again I'm not a huge fan of the original beast hunters colors the transformers go line keeps the solid green paint scheme of the original voyagers and 3d character himself. another issue I have with the figure is the head sculpt hasbro really slacked here on making it look like the actual character. which might be an unfortunate trend for their cost saving and quality downsizing.

Again a decent figure but its not a true bulkhead in my eyes. this most certainly should have been a voyager class